An Abridged History Of My Body 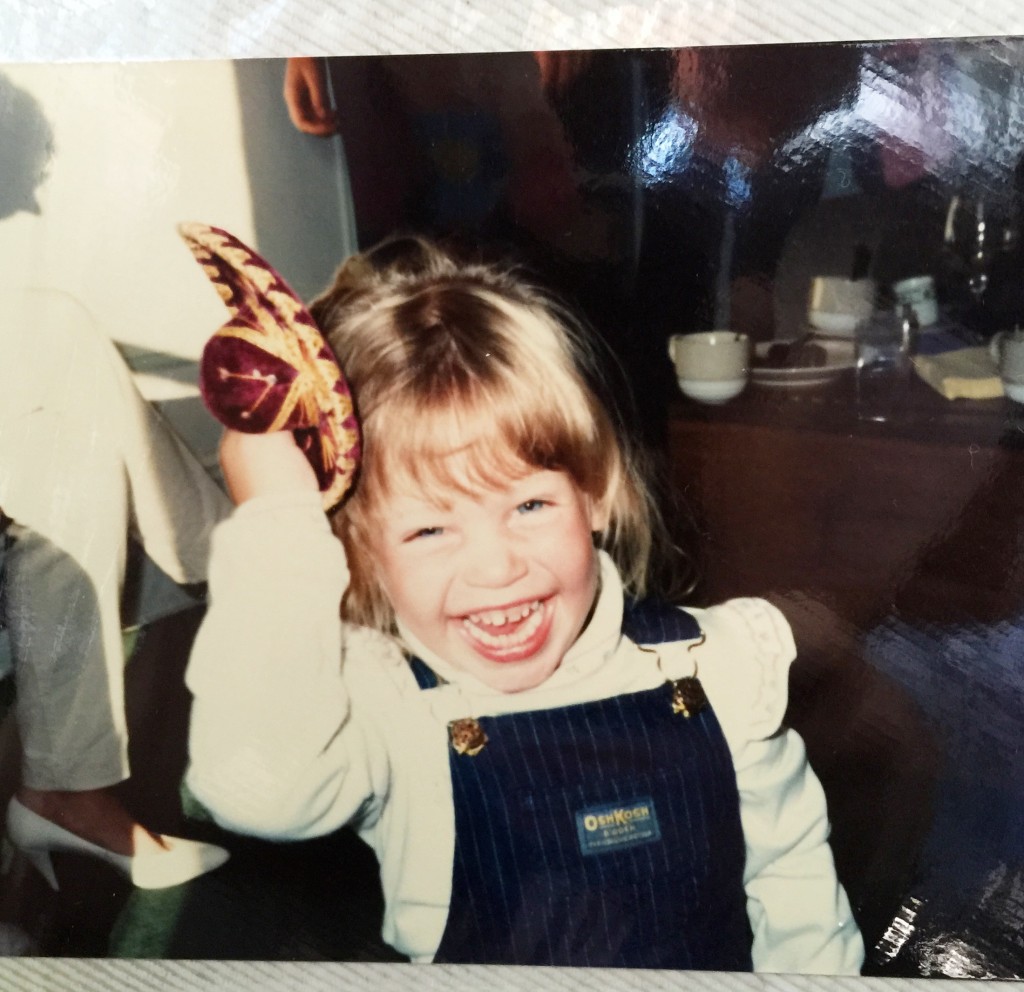 2 years old and really pleased about that hat.

Before you read this, I think I should tell you why I wrote it.

The other day, my friend Erin wrote a post about her “mom bod,” to explain why she created this sweatshirt on glam | camp. She showed photos of her postpartum stomach, described how it can happily hold in its folds a package of mum-mums (mine can, too; I tried). She talked about how poorly she used to treat her body, how poorly others used to treat it, and how her relationship to it changed once she became a mother.  She suggested that I also write about my own experience with my body, and how becoming a mother has affected it. I didn’t want to, because it sounded frightening…and then I realized that I had to, because it sounded frightening. When you’re in tears before your fingertips even touch the keyboard, you know that you’ve hit on something that you need to get to the bottom of.

So I thought and thought, and what I realized was that for me it hasn’t been a journey of learning to love the curves and the shape of my body (it’s been that, too, but that’s another story for another day) as much as it has been learning to treasure the very stuff of it, the meat and bones and blood. The life of it.

I wouldn’t say that my relationship with my body has, historically, been an especially positive one. Not because I don’t “like” it, in the “do you like what you see when you look in the mirror?” sense (I do, more on some days than on others, but generally I do), but because it’s always felt like a danger zone, a virtual ocean of opportunities to be wounded.

I never thought about my body much when I was a little girl; I guess most little girls don’t, which is part of what makes little-girlhood so singularly lovely and heartbreaking. I figure-skated and played tag on the playground, and never thought very much about what my body looked like; whatever it was doing was more important. And then, around the fourth grade, some people noticed that I was the kind of awkward, sort of weird-looking, shatteringly vulnerable type of kid who you could make fun of and who would cry. No matter what they said or how often they said it, I would never harden. It was bad; bad enough that I switched schools after sixth grade because one day I came home to a series of death threats left on my parents’ answering machine. The teasing in the hallways hurt; hearing one of my classmates whisper “you’re going to DIE” on a recording – and then laughing – was too much. 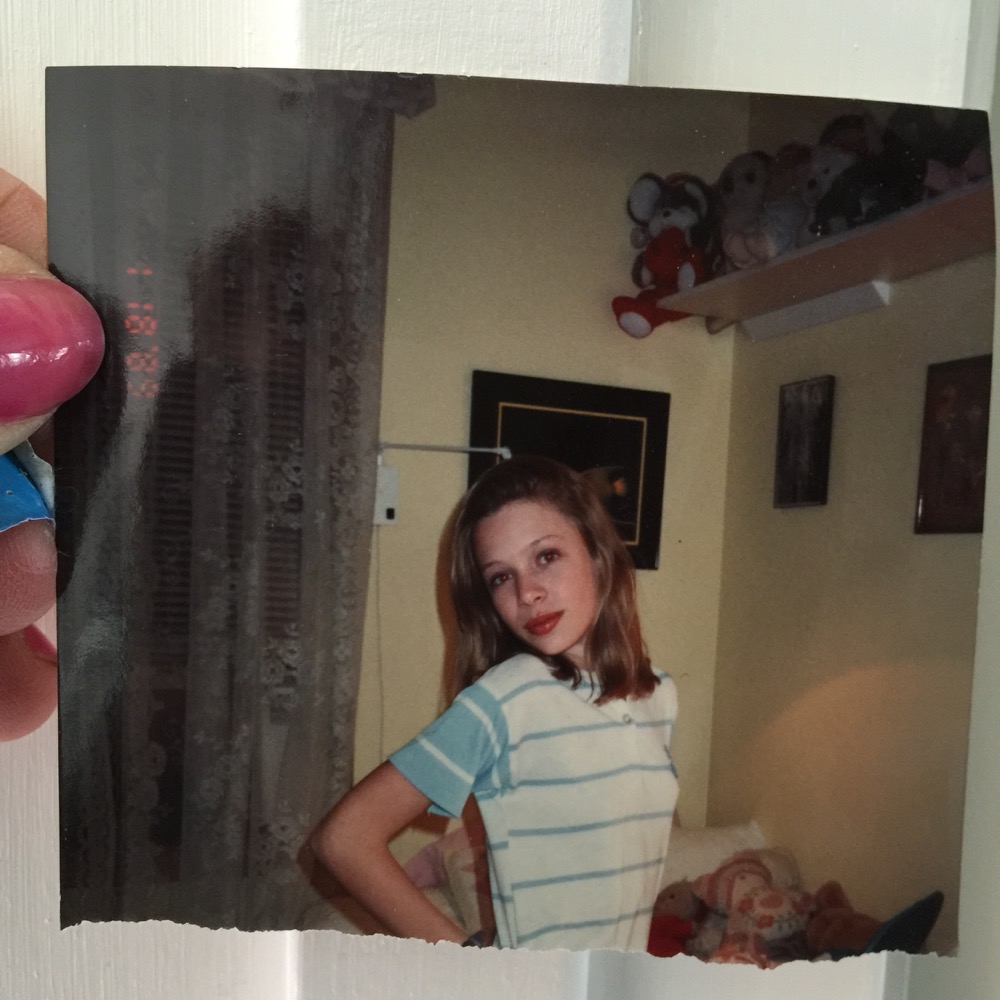 Me at 13 (the date stamp is wrong). I don’t know why this photo is ripped.

In my new school, during the first week of seventh grade, a boy in my class, E, started a game called “Poke” where he would stab his fingers at my (still relatively nonexistent) breasts. E did this every day for two years, and every time he did it I ran away giggling because it was exciting that he was paying attention to me. When I was a sophomore in high school, a junior boy invited me over to his parents’ apartment to hang out and I went, for no especially good reason other than that I had nothing else to do and was flattered that he’d invited me over. Within a minute of my arrival, he put his hand under my skirt and started grabbing at me while I said “…Oh, no…” and laughed uncomfortably, trying to wriggle away without seeming “rude.” He didn’t try to kiss me, didn’t even seem to even really focus his eyes on me, and after a few minutes of this awkward dance he told me he had stuff to do, so I left. I boarded the M86 bus back home feeling sick to my stomach, but I’m not sure I ever mentioned it to anyone. It didn’t seem like an especially big deal.

There’s much, much more, of course. Things I don’t want to talk about here, or ever, really; experiences that, over the years, I’ve (mostly) managed to slot away in my mind in the “shit happens; that’s life” category. Because it’s easier that way. But you know the kinds of things I’m talking about, I bet. You know how often they happen, and how far they go. And if you’re anything like me, you also know how to bury these things, way deep down where you can pretend they don’t matter.

I don’t think I know a single woman who hasn’t been sexually assaulted in one way or another, most by a friend or acquaintance. Most of them describe the encounters in cloudy terms. They were drunk. The guy wasn’t acting like himself. She can’t even really remember what happened, so it’s not that big of a deal.

“It was weird but…you know.” 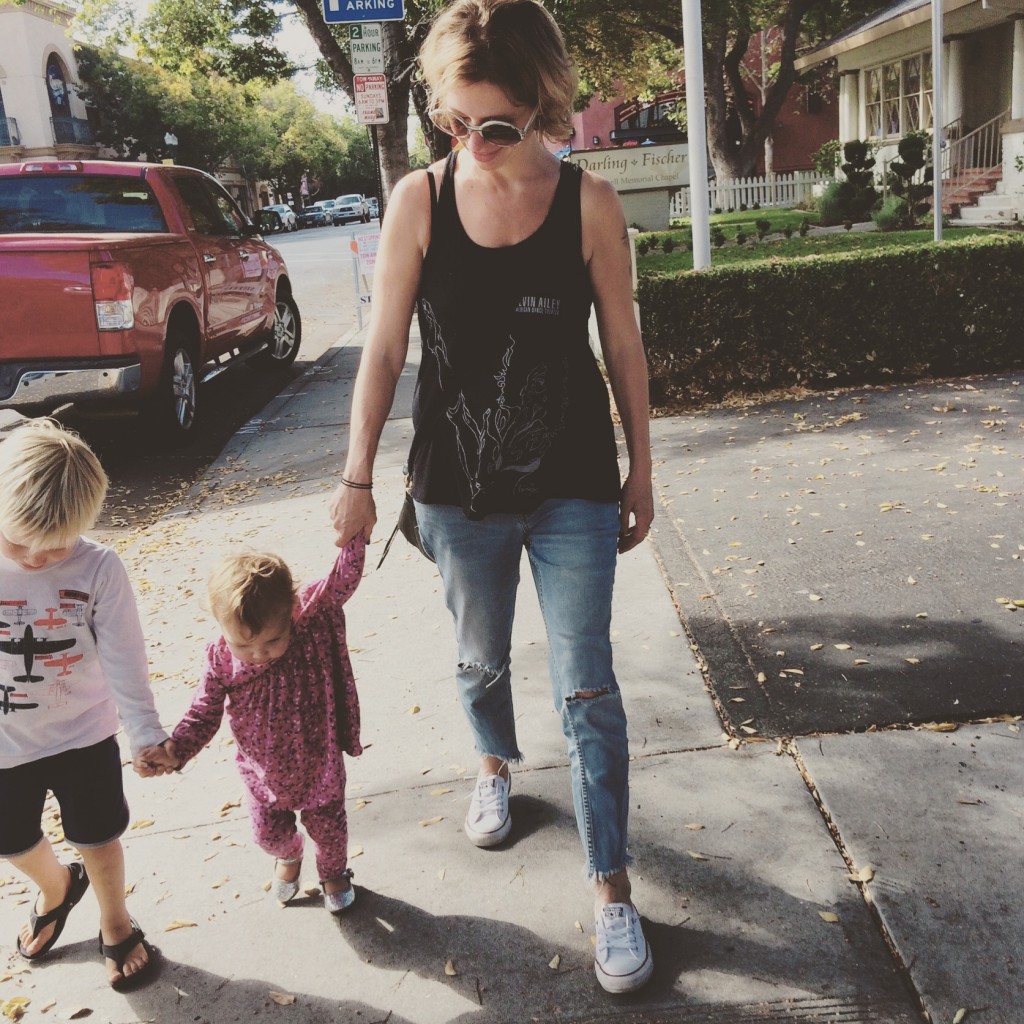 Except now I’m a mother. And for me, that has changed everything.

My children, you know, they love my body. It’s their home base; a walking, talking safety net. When I come home from work they fling themselves at my legs, wrap themselves around me like human velcro. The other night my daughter woke up crying and I went into her room, lifted her out of her crib, and lay down with her on the futon in the dark. I could feel her searching for the spots where I was softest, collapsing into me with her full weight. I remember feeling that way laying on my own mom, like the crook of her arm was the most comfortable pillow I could ever possibly find.

The question that Erin asked me – how I feel about my body now that I’m a mom – gave me pause because the truth is that I don’t think about it all that much these days, whether I love it or don’t; it’s there, and some days I like the way it looks and some days I don’t, and I don’t really exercise and don’t watch what I eat and still am mostly happy with what I see when I look in the mirror, so I guess that’s lucky. But how I feel about the shape of my body – the ripples in my stomach, the swing of the skin under my arms – for me that’s not the issue anymore, not really. I’m fine with my body. What I’m not fine with is its history.

Last night, just before I sat down to write this, I gave my children a bath. I looked at them splashing around, their perfect, strong little arms and legs and fingers and toes, each and every one of which I love FURIOUSLY, and I thought about Erin’s question, and I felt my throat knot up. I don’t ever want them to love themselves one single iota less than I love them. I don’t ever want them to hurt themselves. I don’t ever want them to be hurt by others and to shrug these hurts off as “no big deal.” They are so smart and so thoughtful – I know this already – and I know that smart and thoughtful people see all sides of things, and while that is a wonderful gift, the desire to understand others, it can also sometimes allow you to excuse any number of wrongs.

I wish I were one of those people who has always been strong and unflinching and spoken up when something needs to be said, and I’m not. And I’m afraid that I won’t be able to teach my son and my daughter how to love themselves, when their own mother hasn’t always been able to follow her own advice.

I do love my body. I love it because it built my children, made life from scratch. I love it because it fed them; because it cares for them still; because when they’re crying, it’s my body that they lay on to finally rest. I love it, because without it they would not be. And so now there is anger where there used to be dismissal: anger that someone ever saw it as a thing to be used and then tossed aside, like a Happy Meal toy: fun for a minute’s play, but not especially valuable.

All of those people who treated my body as if it was nothing were wrong. It is not my shame that they failed to see what I am; it is theirs.

This body, this piece of flesh and blood and bone: it is mine. And it is a fucking miracle.