I Didn’t Like My Asymmetrical Eyes, So I Did Something About Them 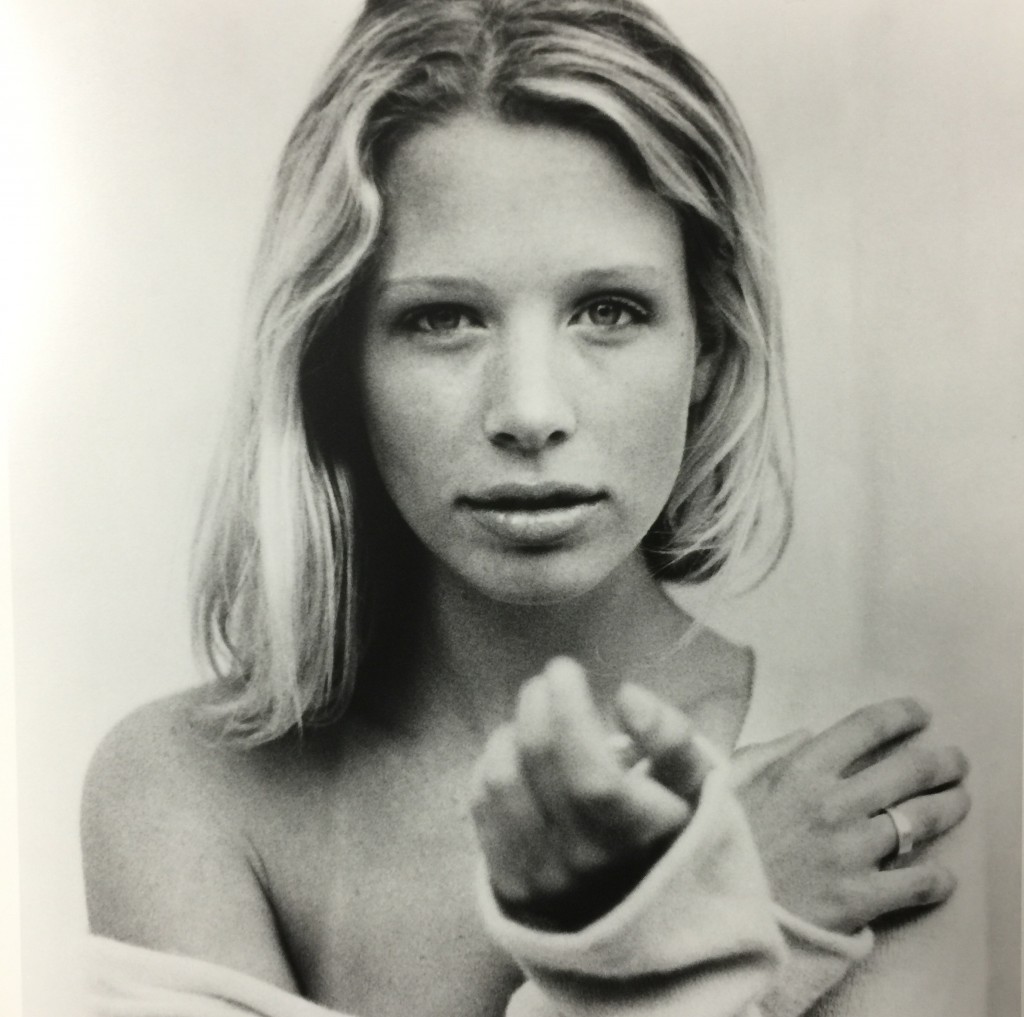 A long time ago, I wrote a post about my asymmetrical eyes. And apparently – thanks to the miasma of oddity that is SEO – I am now the Official Internet Authority on this topic. That post comes up on the first page of a Google search for “asymmetrical eyes” (I checked this because I was confused as to why a post I wrote in 2011 has continued to be one of my most-read posts every single day since). I get emails almost weekly from women looking for advice on how to minimize the appearance of their own asymmetry.

So apparently there’s some level of interest in the topic. It certainly continues to interest me, because despite the fact that (cheesy as it sounds) I really do believe that our “flaws” are what make us unique and beautiful…my eyes make me insecure. I notice them in every photo. They bother me.  This a big part of the reason why I tend to wear sunglasses in style shoots; it’s just so I don’t have to worry about how my damn eyes look.

I sometimes use iPhoto to erase the big indentation beneath the left one that has always been there but that has grown deeper since my accident, because doing this makes me feel less insecure. And then I feel stupid.

Shouldn’t I be bigger than that? I mean: come on.

Read here about my experiences with sexual assault and self-esteem.

It’s an interesting subject, our insecurities and the ways we choose to manage them. While a big part of me wishes I was of the unqualified opinion that we should be happy with how we were born and celebrate our differences and et cetera et cetera, the truth is that I don’t have any problem with someone choosing to change how they look, whether with tattoos and piercings, with braces, with wrinkle cream, or with more invasive procedures like plastic surgery and injections. The latter  – other than Botox a couple of times, with vaguely frozen-faced results I wasn’t especially crazy about – isn’t something I’ve done myself, but if I had the money and wanted to “have something done,” would I? I totally would.

Here’s the key for me; the way I think I can reconcile a point of view that I’m honestly conflicted about in my own head (and if you want to call it “rationalization,” that probably wouldn’t be too far off from the truth): I think changes you make to your appearance need to come from a place of general security, not from a belief that you’d be happier if only you were different from how you are. There are people who go under the knife or the needle because they think there is one idea of beauty in this world, and that they do not embody this idea; they are not good enough. And that is so futile and heartbreaking. But sometimes it’s as simple as the fact that something bugs you, and you want to fix it.

Read here about my breast augmentation (including video diary)

I’ve been insecure about my eyes for a good two decades now, and I’m bored with whining about them, even if most of that whining happens internally. If I can fix it, I’d like to go ahead and do that.

So I did. I went to see a nurse at a plastic surgeon’s office to learn about my options, and here is what I found out:

First, the way to permanently even out something like this is a brow lift, which: nothankyou. First, I think I’m way too young, and second, I’ve seen Botched and plastic surgery terrifies me, and third, just: no. But there’s another, simpler (albeit temporary) solution, and guess what it is?

Botox. Not for wrinkling, for asymmetry. Who knew?

It turns out that part of the reason some people experience pronounced asymmetry (which virtually everyone has to some degree) is that muscles can be more “activated” (basically: stronger) in one side of the face than the other. Since the muscles on one side of my forehead were weaker, it caused the appearance of a kinda droopy eyebrow, and over time the muscles on the other side of my forehead overcompensated for the difference, and there you go: asymmetry.

The nurse at the office injected a small amount of Botox into the area above the weaker side of my face, so that the eyebrow muscle would be pulled slightly up. You know how people who overdo Botox get “Botox face,” where their eyebrows are all pointy and raised? It’s basically creating that effect on purpose, but just a little, and just on one side. She also injected a teeny-tiny amount into my lower eyelid on that side, to open up the eye even more (and yes, needles approaching your eyeballs are as terrifying as they sound). 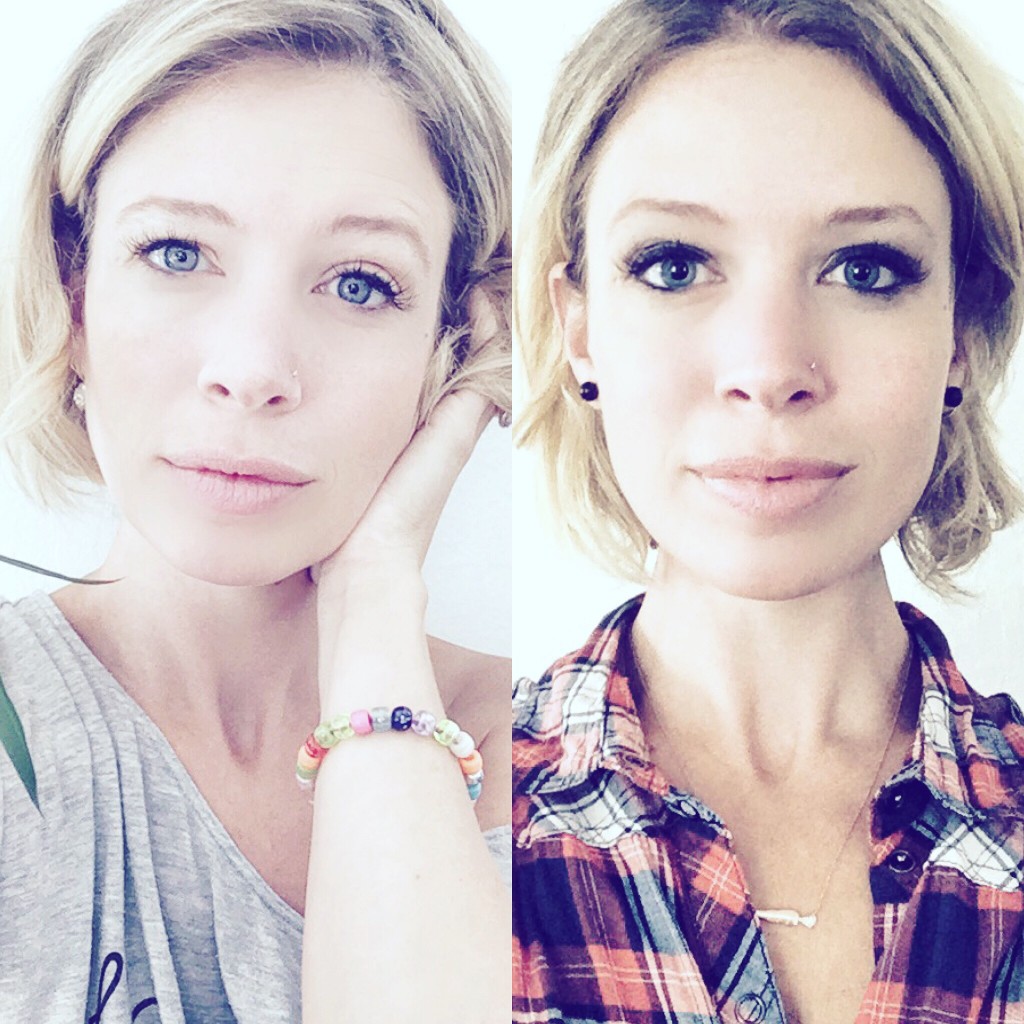 Honestly, I love it. I feel more confident, more wide-awake, more like me. I don’t feel silly; I don’t feel conflicted; I don’t have “MUST GET MORE STUFF DONE IN PURSUIT OF IMAGINARY IDEA OF PHYSICAL PERFECTION” circling through my head. I just feel better.

Writing about your life – as I do every day – has had byproducts I didn’t expect when I started out. Possibly chief among them has been the fact that I’ve been forced to consider my own choices more carefully, because if I’m going to publicly explore the things I do, I better be able to explain them on a bad day and be proud of them on most days. The choice to pay someone to inject a substance into my face in order to change its appearance is one that I’m conflicted about – and I know this because my initial impulse was to just do it and not write about it. But I try to be the same person on this website as I am in my “real” life – so the fact that I was planning on doing something and not writing about it felt dishonest. And that gave me pause.

So I thought about it. I talked to Kendrick about it. And I realized that the reason that I’m conflicted about this kind of a decision is that I see in it so many possible ramifications. I think about talking to my daughter one day about beauty and self-acceptance. I think about telling her about society’s damaging expectations. But I also think about a woman’s right to make her own decisions regarding her own body. About how many people she will see in magazines and on TV who have changed things about themselves and who will say that they haven’t, and what kind of message that will send to her. And I also think about how nice it would be to do what you want to do and not have to defend your own choices about your own body with a pickaxe like your eyebrows are a matter of life or death.

I don’t recommend changing yourself. I don’t recommend trying to wrest and bend your face and your body into some advertising executive’s idea of what you should look like. But I do recommend doing what makes you feel good and happy and like you’re comfortable in your own skin, whatever that means to you. And most of all, I recommend not listening to a blogger’s – or anyone’s – recommendations about what’s right and what’s too much, but rather to yourself. Because when you listen, really listen, I think you’ll know what’s for everyone else, and what’s just for you.

For a few of my most popular posts, click here.