On The Bright Side 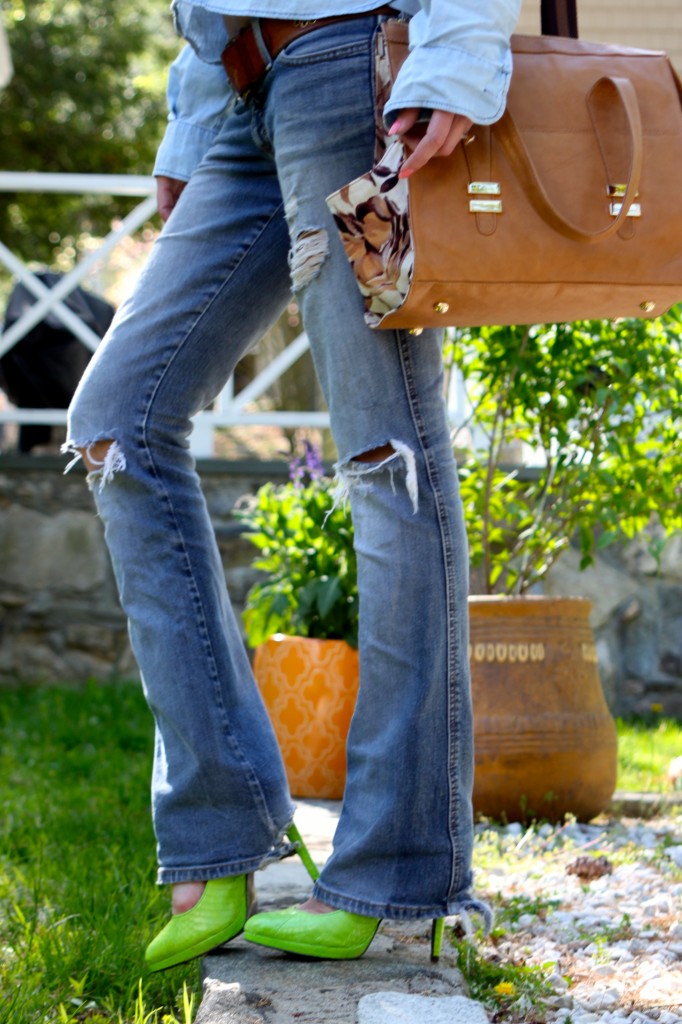 There are rules that you’re supposed to follow if you want to wear denim-on-denim. I’ve even written about them; they include things like making sure the denim pieces are different weights and colors, breaking up the look with pops of color, et cetera et cetera.

But honestly? To me, the key to this look is dealing with the fact that you’re wearing head-to-toe denim and maybe overdoing it just a bit. Nothing wrong with that.

How I broke up this particular denim-on-denim look: with brown leather accents (and a touch of floral), and – most importantly – a shot of neon. Ooh, those heels.

The jeans, by the way, deserve special mention because they’re so old that I remember buying them right when “bootcut” first became a thing. Those of you under 25 probably have no idea what I’m talking about, but at the risk of sounding like An Old, trust me: there was a time before you could walk into any old store and find a pair of low-rise flares. It was the time of straight-leg-bordering-on-tapered jeans, following shortly on the heels of the Acid Wash Era, and when I found this particular Frankie B. pair I paid a fairly ridiculous amount of money for them (despite the fact that I was maybe 18, and certainly should not have been spending ridiculous amounts of money on jeans) just because I thought they were the best jeans I’d ever seen.

And well over a decade later, I continue to think that might be true. I recently sort of rediscovered them because I was thinking of buying a pair of super-distressed jeans, and then realized: oh. I own them already. And they’re not just distressed…they’re authentically distressed! Whee. 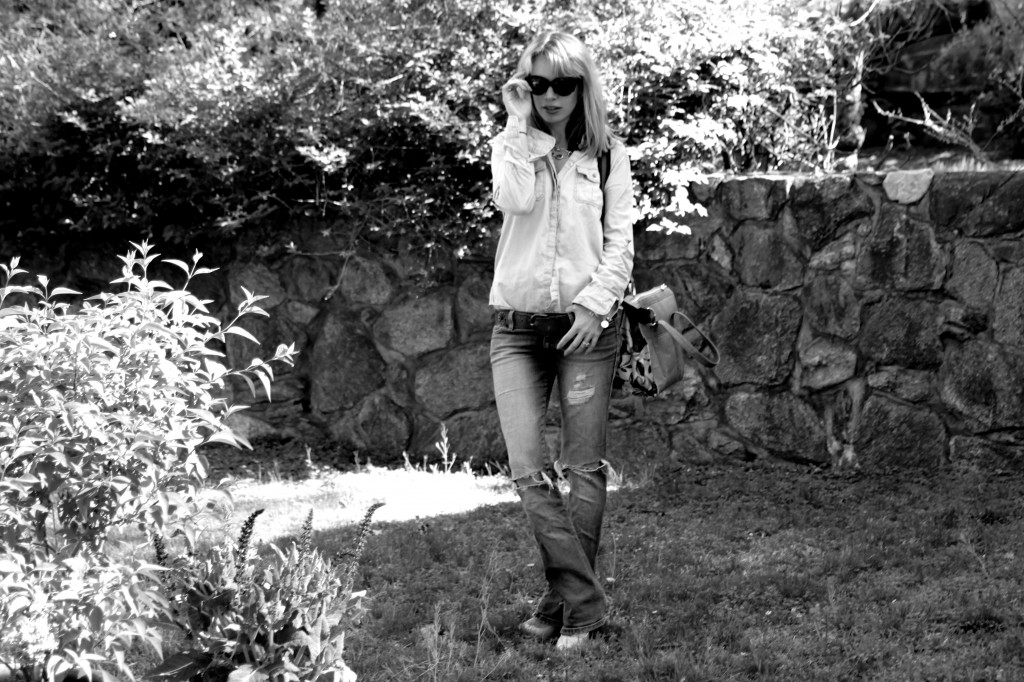 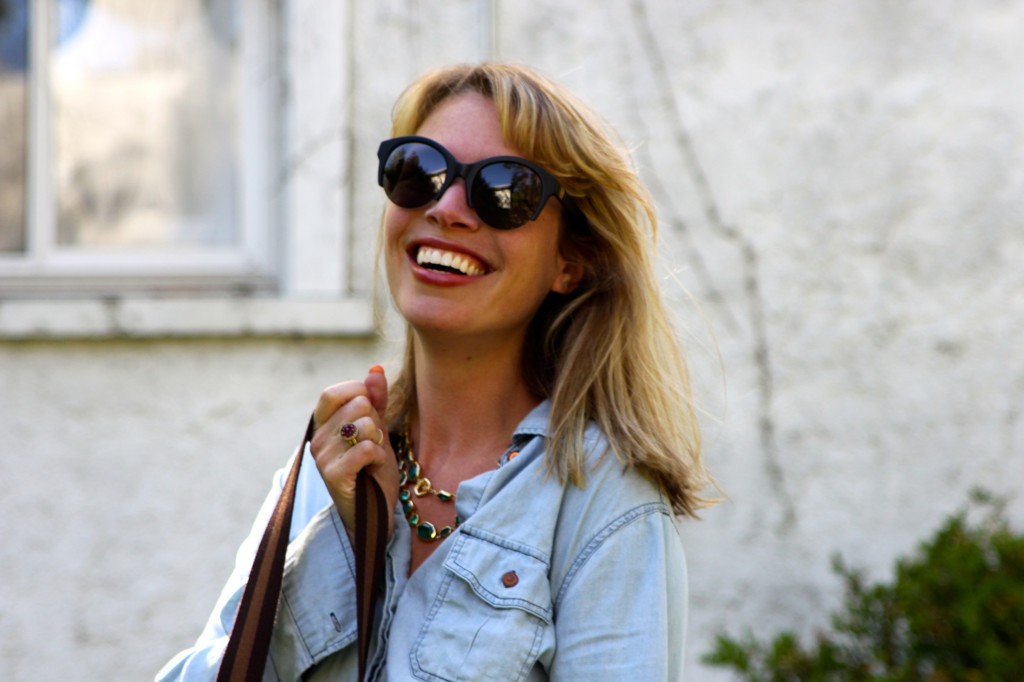 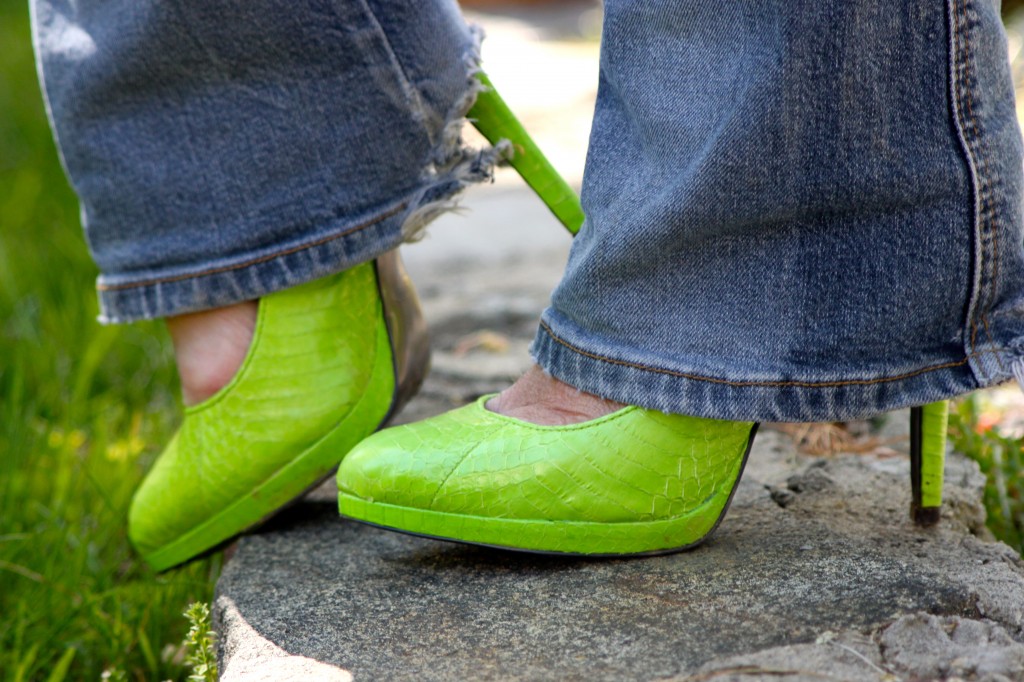 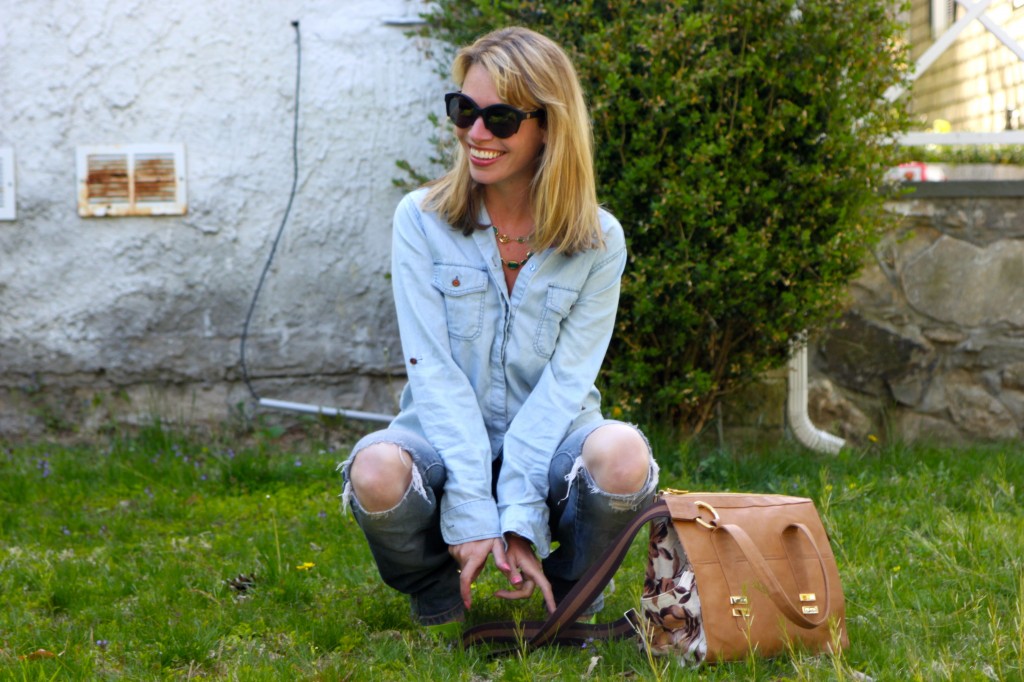