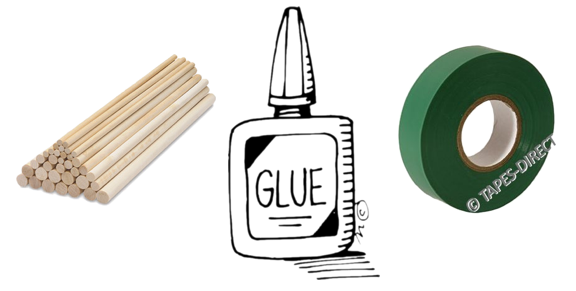 I’ve owned this “plant” (four fake bamboo-ish branches) for about a decade. It was one of the first things I bought for my very first post-college apartment: I picked it up at Z Galerie, and felt like it made my apartment look very fancy and finished. Which it kind of did. A decade ago.

They didn’t have any that were the exact length I was looking for, but wrong-length branches are zero problem: all you need are dowels, some glue, and some green tape (I also found all three of these things at Michael’s). 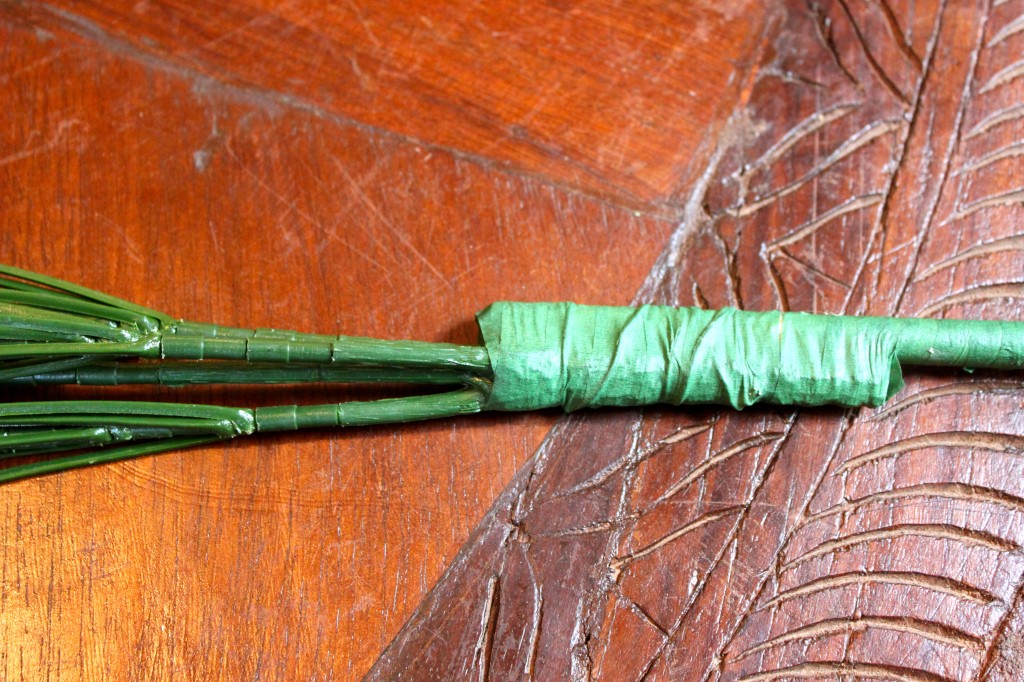 1. First, cut the dowel to the height you want the branch to be.

2. Lay the end of the plant alongside the dowel, and glue into place (this is important; the tape won’t be strong enough to hold it on its own).

3. Secure the branch to the dowel with tape. As you can see, the green helps to camouflage your little rig, but not entirely…so try to make sure that only the tops of the plant – not the dowel – is visible over the top of your vase). 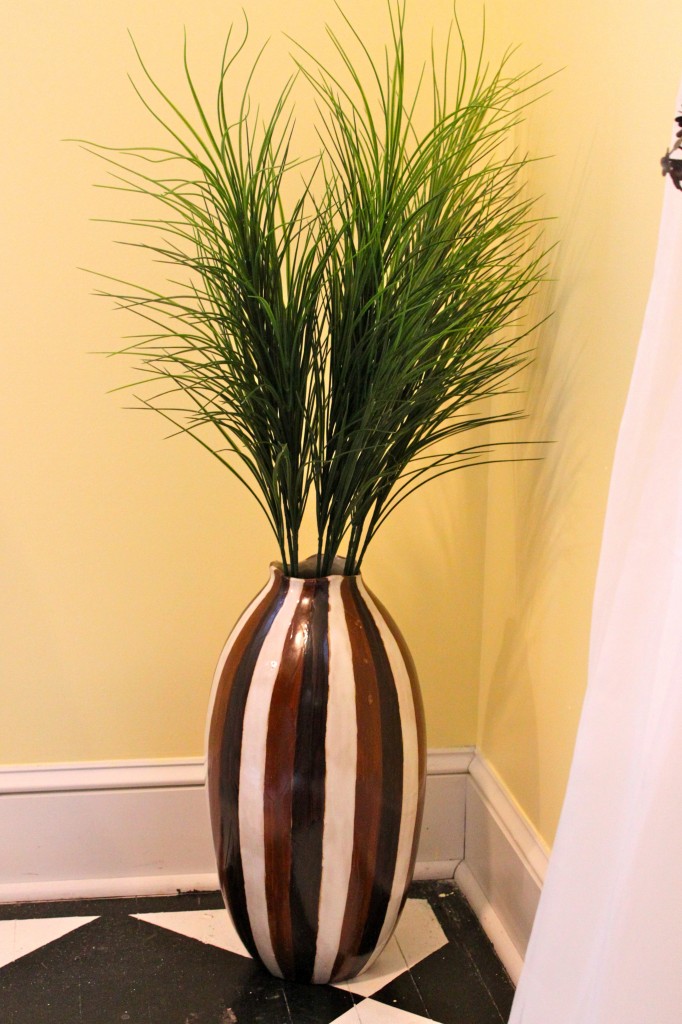 And there you go.

A little less sprawly and still vaguely spidery-creepy, but I think much fresher-looking. Also not quite right in this particular spot; I need to find it a better home.