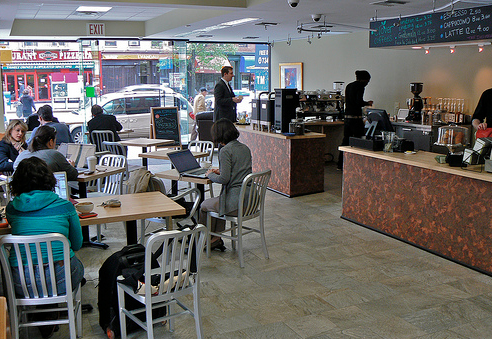 As I've mentioned before, I'm not a big coffee person - it makes me jittery-er than I already am - but this morning I've been getting a slow start, and when I took the dogs out for a walk...well, it just felt like an iced-coffee kinda day. 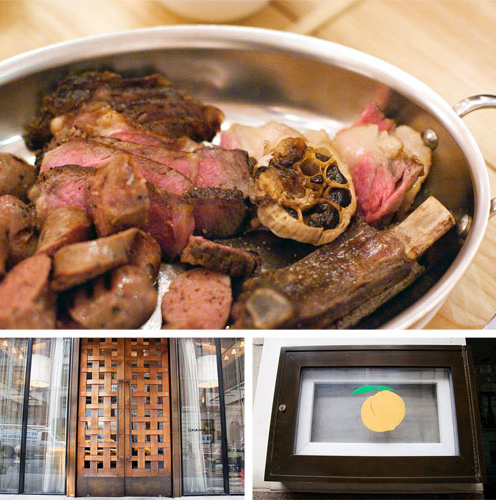 "It's fair to say that David Chang, lord high executioner of the Momofuku restaurant empire, is a one-of-a-kind figure in the New York culinary world. In fact I have championed his cause to serious eaters and to other food writers early on. But it's also fair to say that Chang's reach can exceed his grasp. His restaurants are often original and groundbreaking—but, I feel, he can try too hard to be original and groundbreaking, at the expense of successful execution.

But that preamble isn't to say that the "Beef 7 Ways" dinner at Chang's newest restaurant, Ma Peche in the Chambers Hotel, fails to deliver. In fact, it represents the very best of chef Tien Ho's cooking and the best of Chang's and Ho's thinking—brilliant in conception and in execution, something that Chang's restaurants sometimes aren't in tandem. In short, with this seven-course celebration of all things beef, they deliver the city's most intense beef hit, which is saying something considering how many excellent beef emporia we have in Gotham..."

Read the rest HERE. I want to try this SO badly.

Head on over to the Community…

...where Martha serves up an adorable bridal shower idea, and Rachel tells you what to do when you arrive home to discover that - oops! - you totally forgot to defrost the fish (welcome to my life). 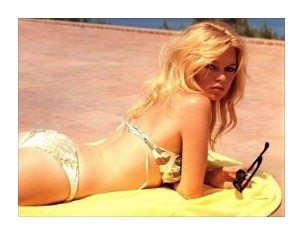 One of my posts from yesterday's stint at The Gloss:

Yup, this would be how you do summer beauty. The best part? To get this look, all you need to do is mosey on over to your local Rite Aid to purchase three simple products:

1. Liquid eyeliner (go for waterproof unless you have a makeup team on standby);