Let’s Make Some Restaurant-Quality Ramen, Because We Can 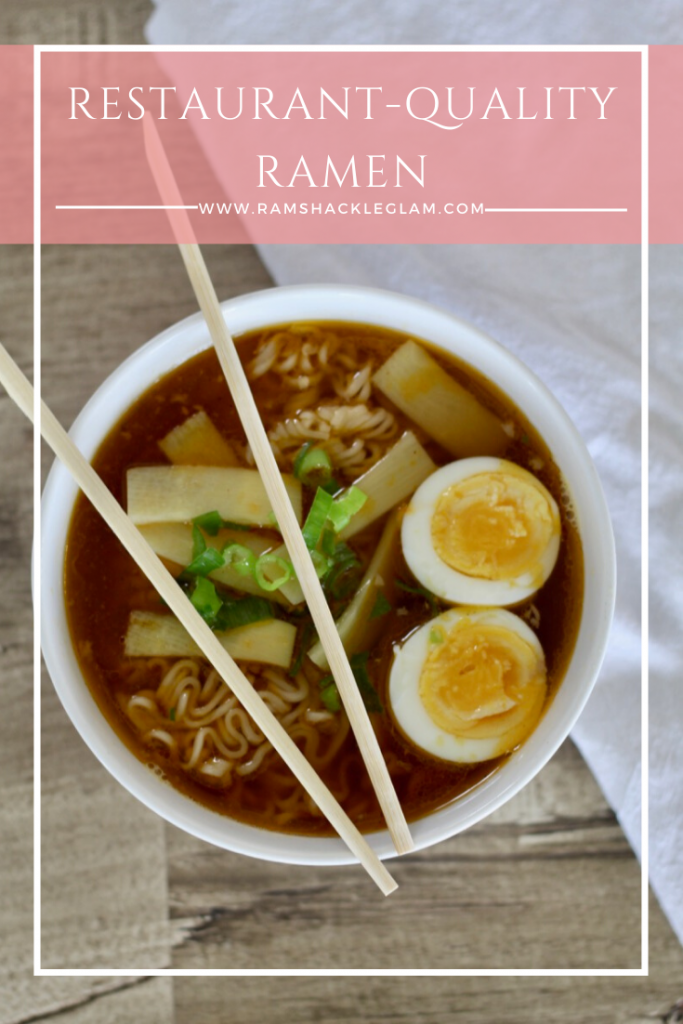 There are some things I would never make myself, because to do so would be ridiculous when I could just go get said thing from a local proprietor who would obviously be more skilled at said making than…me.

But over the years I have published posts explaining how exactly to make all of these things, because #content. And now we find ourselves in a situation where we actually kind of…have to. Make them. If we want to eat them.

Ramen is one of my all-time favorite comfort foods, and every time I move I make sure to hunt down the best local spot. There was this place in midtown NYC that I considered my personal little secret, and I’d walk the twenty blocks there and back just for a bowl on a chilly day. In San Jose, we frequented a no-reservations place that was so popular that the wait was often as much as two hours, if you didn’t know the trick (go an hour before opening, put your name on the list, then go get coffee until it’s time). I’ve yet to find my ramen haunt in SoCal, and it looks like it’ll be awhile before I can resume my search, so I decided: What the hell. I’ve got time. I’ll make my own!

This ramen – adapted from a recipe I found on The Kitchn – takes a lot of time.

It is worth it. 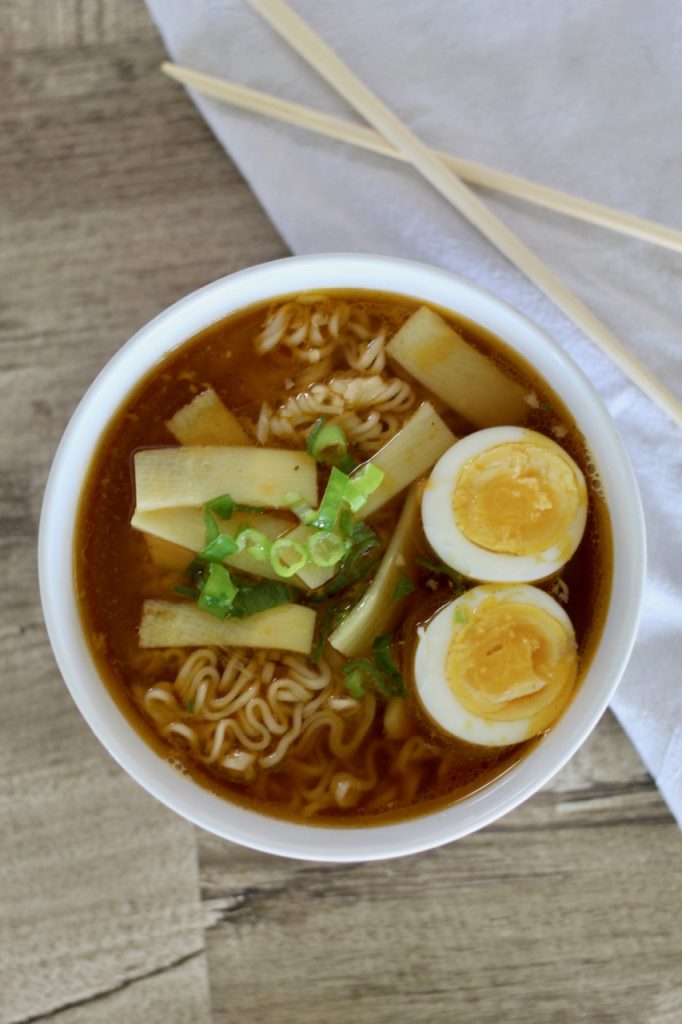 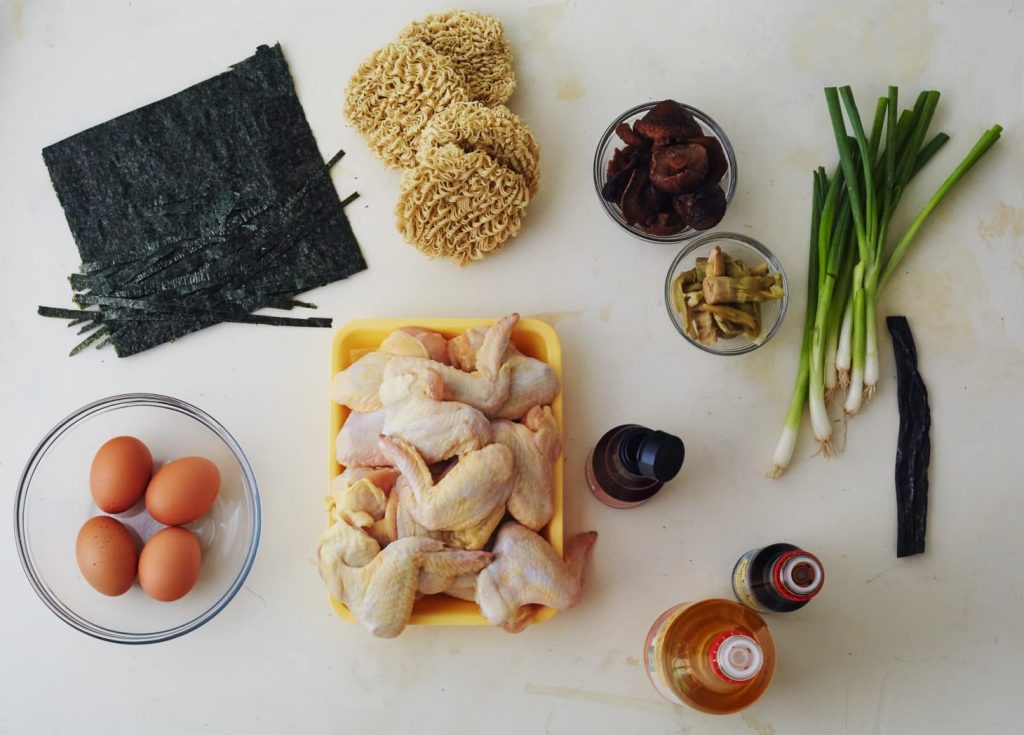 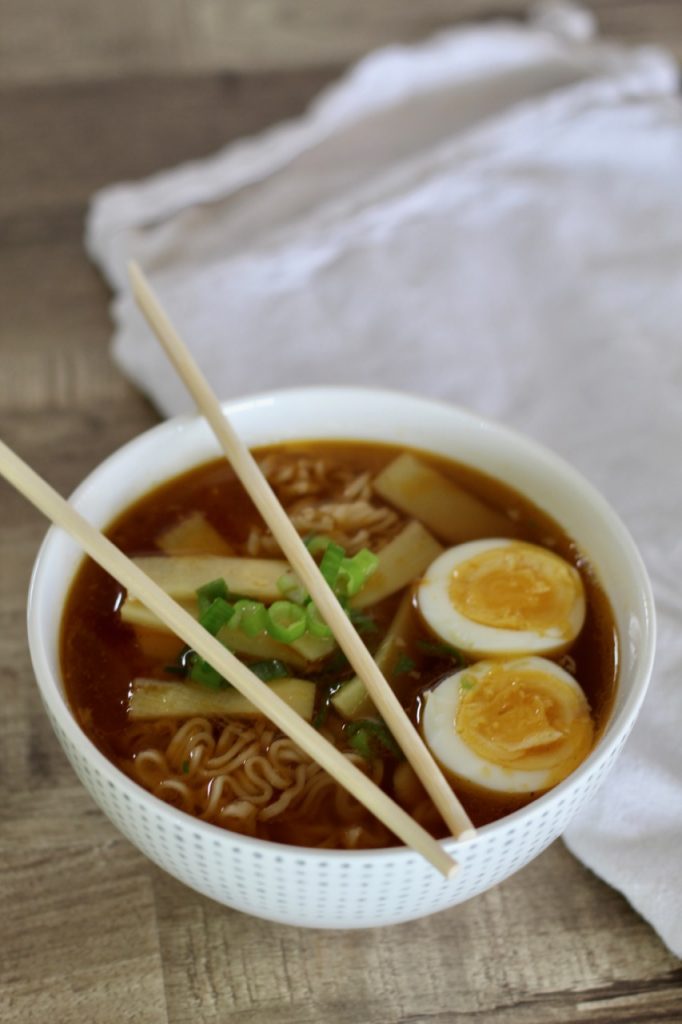 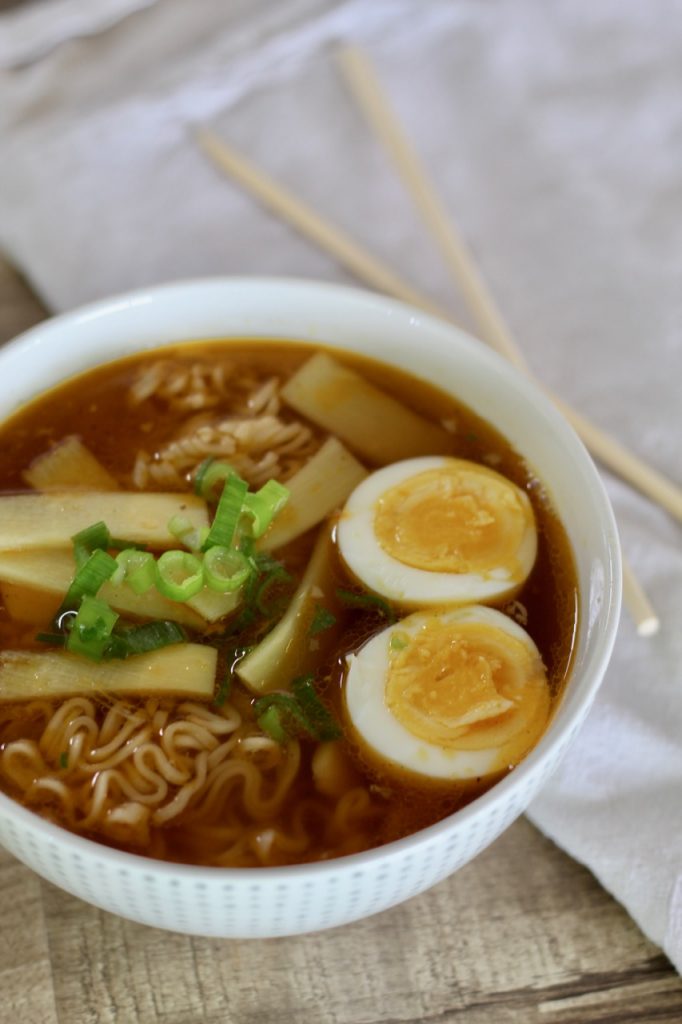