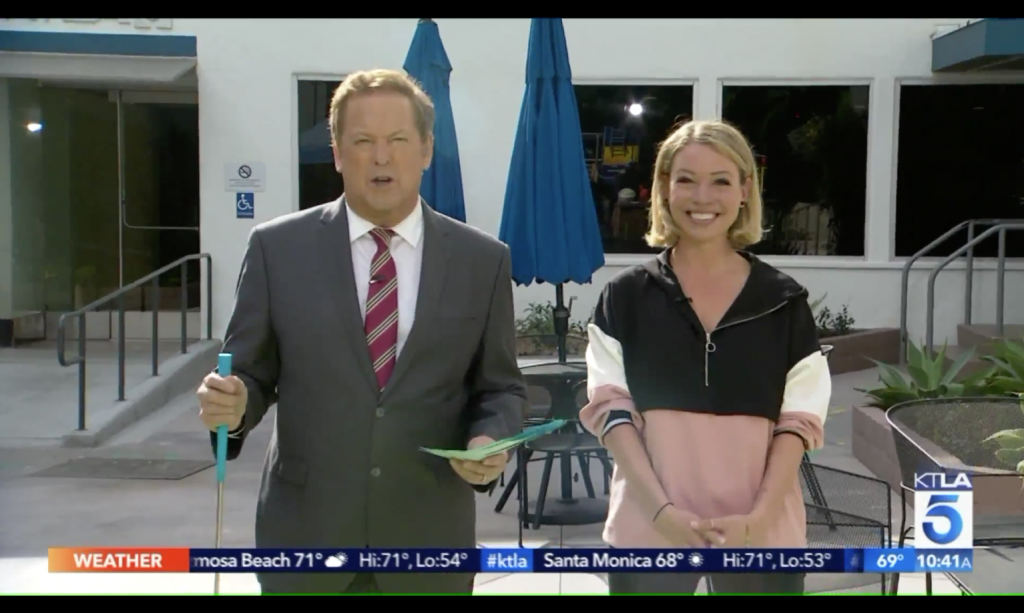 This morning I went on KTLA to talk about fun new toys to play during and after the Super Bowl, keep kids active, yadda yadda yadda, and hilarity (obviously) ensued.

The segment (above) went great, but you know where I really got to shine? During the teasers. Teasers, in case you’re unfamiliar with the verbiage, are when anchors tell you why viewers should stay tuned – “Don’t go anywhere, because you want to see Jordan Reid yadda yadda yaddaing!”

Anyway, it turns out that yours truly is not so hot at the old teasers. I should probably have warned my producer who she was dealing with when she presented me with her plan for the first teaser, which was to have the camera cut to me, at which point I would first putt a mini golf ball down a course, and then grab a football and throw it to someone waiting off-camera.

So what happened instead was that someone yelled “Go!” and I grabbed the mini golf thingie, but as I leaned forward to putt I dropped the football, which resulted in me sort of crab walking around the mini-golf course trying to grab it while the producer said, “Oh, my god” over and over.

The next teaser was even better, because I didn’t know that it was happening. Which means that while the anchor went on about how fun and exciting this upcoming segment featuring Jordan! Reid! was about to be, the cameras cut to a shot of me just…you know. Standing there. Staring into space. For a kind of considerable amount of time, actually.

If there is a god and she loves me, she will ensure that somewhere, somehow, those teasers were recorded publicly, because I have thus far been unable to find them, and they must be seen.