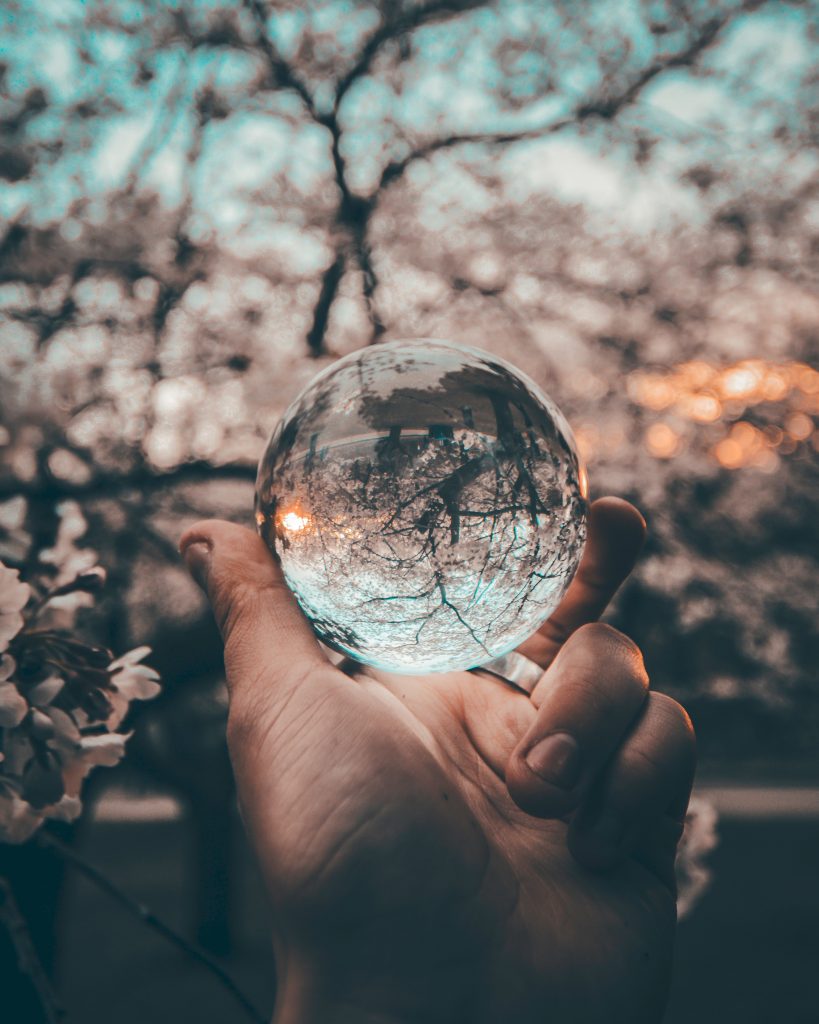 Tarot contributor Jessica explains how to draw a card to guide you in the New Year – and unpacks the meaning of The Fool.

On New Year’s Eve, my friend Catherine, looking for a card to tell her what she might expect in 2020, drew The Fool. She was psyched. “This is a good card for beginnings—adventurous and optimistic,” she wrote in her journal. She also mentioned a phrase that Arthur Edward Waite—the Waite in Smith-Waite—used to describe The Fool: “A spirit in search of experience.”

Many of us set intentions for bettering ourselves when a fresh year begins, but we often make these plans from a place of shame and dissatisfaction. We start new diets and exercise regimens not because we want to feel better mentally and physically, but because our culture benefits from telling us that we’re too fat. We tell ourselves we’re sticking to a budget not because we’ve figured out that thoughtless consumption is not the key to happiness—or good for the environment—but because we’re terrified to even look at our credit card balances after the excesses of holidays. Even goals like finishing that novel or starting a garden are often grounded in a self-inflicted sense of guilt about accomplishments we feel we should have completed by now. 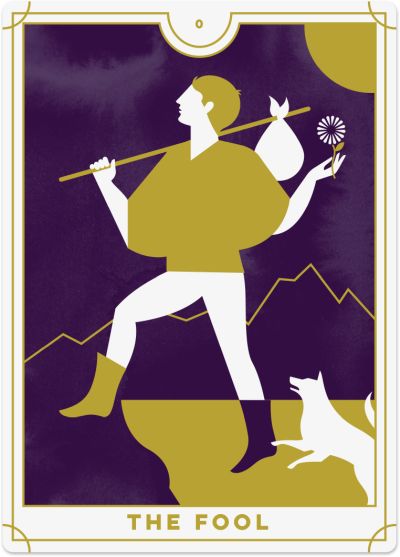 Which brings me back to The Fool. In the Smith-Waite Tarot, The Fool is a young person gazing up at the sky as they’re about to step off a cliff. See that little bindle they’re carrying? The Fool travels light, and to draw this card suggests that you should leave all the negative baggage you’re carrying back in 2019. Let yourself be a beginner again. Approach change as an exciting opportunity instead of a punishment…and maybe even make some room in your life for surprises. Know when to be flexible. Don’t let fear of sucking at something stop you from doing it. The Fool is pure potential, and so are you.

Here are some questions to ask yourself when you’re channeling The Fool:

Drawing A Personal Card for the Year

Drawing a card of the year, as my friend Catherine did, is a common practice for a lot of people who work with Tarot. I think the best way to work with this concept is to figure out what your card of the year means to you, and to conceptualize how its meaning might shape your vision for the next twelve months. Keeping a visual reminder around isn’t a bad idea – my custom is to find my favorite iteration of that card, print it out on heavy stock or photo paper, and keep it at my desk.

An alternative to a random selection is to go through a Tarot deck and look for the card that really speaks to you. One of the things I like about Tarot is the way it can help me shift perspective…but sometimes we have a very clear idea of what we need, and want a card that will symbolize that inner knowledge.

The Universal Card for 2020: The Emperor

A lot of readers combine the message put forth by their personal card of the year with the one behind the universal card of the year, which is established based on numerology. I love this because it means that so many readers I admire and look to for wisdom and inspiration are thinking about the same card at the same time. This year is the year of The Emperor – which we get because 2+0+2+0 is 4, and 4 is the number of The Emperor.

As it happens, The Emperor is my least favorite card in the Smith Waite deck. I look at the old, white dude sitting on his throne and all I can see is the shadow side of this card—someone who uses his power to dominate and oppress, rather than protect and uplift; someone whose sense of what’s right and what’s wrong has no room for nuance, evolution, or change. This is not the energy I want in 2020. 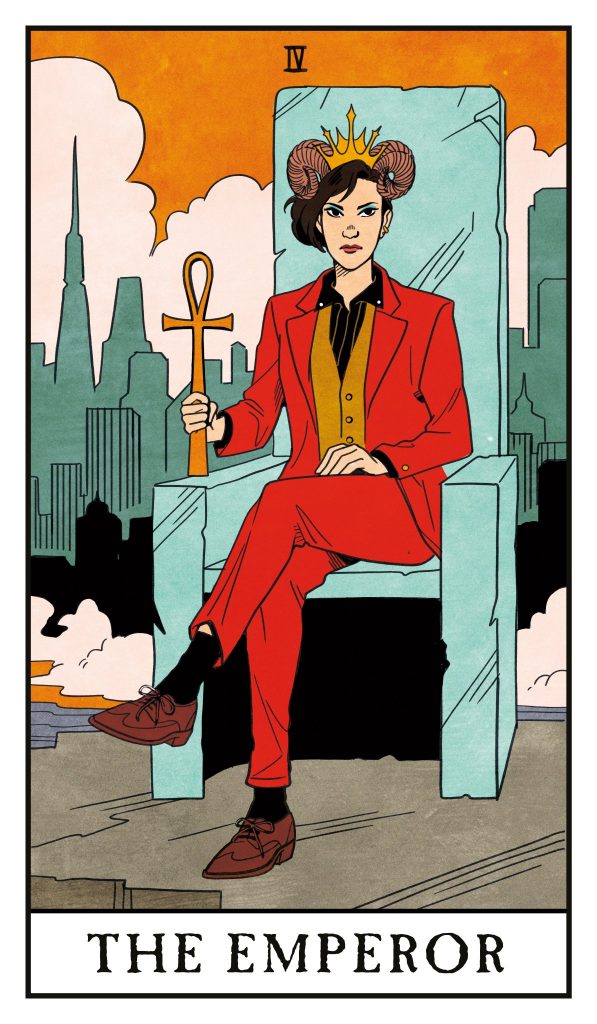 There are, however, versions of this card that exemplify the best qualities of this archetype. The Modern Witch Emperor is identified by artist Lisa Sterle as female, but wears clothes that are coded as masculine. This is someone who does not take shit from anybody, nor will she listen to nonsense. These are, to my mind, qualities to cultivate.

The Emperor in the Ostara Tarot is decidedly male, but he’s most definitely not a rigid conformist jealously guarding his power. I don’t think that he’s afraid of partnership or rule by consensus. One aspect of The Emperor is “the protector,” and I get the sense that this particular Emperor knows that we protect what we love by creating space for people and ideas to flourish, not by enforcing dogmatic, punitive systems. (NB: I totally have a crush on the Ostara Emperor). If we accept maleness as a symbolic construct, rather than a biological fact, it’s much easier to envision how we might use the energy of The Emperor in the year ahead.

If you’re interested in working with this universal card of the year, I recommend finding an Emperor you love and seeing what they have to teach you.

About Jessica Jernigan: After majoring in Religion at Bryn Mawr College, Jessica sold books and tended bar until she found a career in corporate marketing (this was not a perfect fit). These days, Jessica makes her way reading books and Tarot cards and writing about both. Read all of Jessica’s posts here.