I Made A Float, Kinda 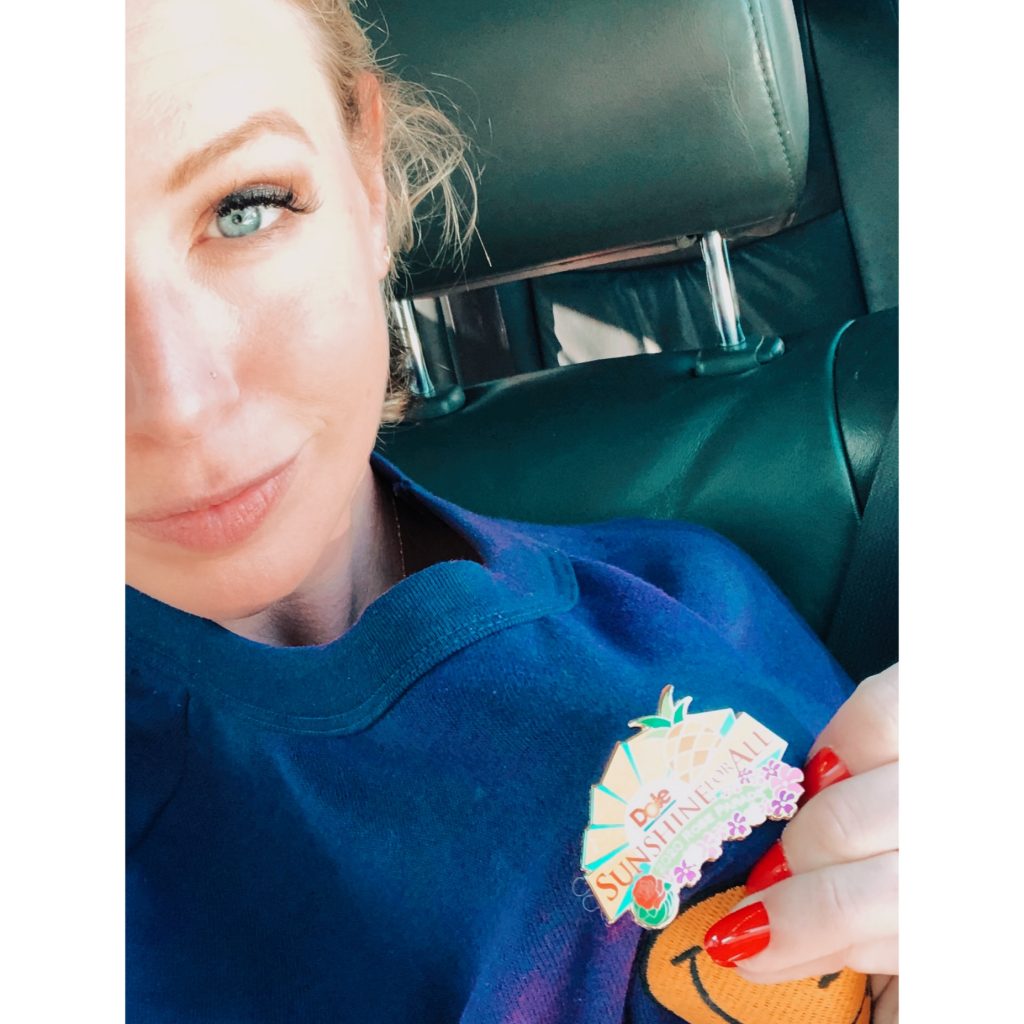 Me, about to do something random and rad.

I’ve done a lot of random (and rad) things over the course of my 10-year career as a blogger. I’ve been lifted in glass cubes onto Las Vegas stages. I’ve used myself as a guinea pig for everything from laser treatments to Rogaine. I’ve clogged on rooftops, worked with the FBI on a sting operation to take down a Moroccan hacking ring, and walked around New York City dressed as a superhero to source decor ideas.

Yesterday, I got to add one more item to the list of the random/rad things I’ve done: I moseyed on over to Pasadena, and helped Dole Packaged Foods build their Rose Parade float. Like, for the actual Rose Parade. I didn’t even know they let actual, non-contractor-type human beings do this. 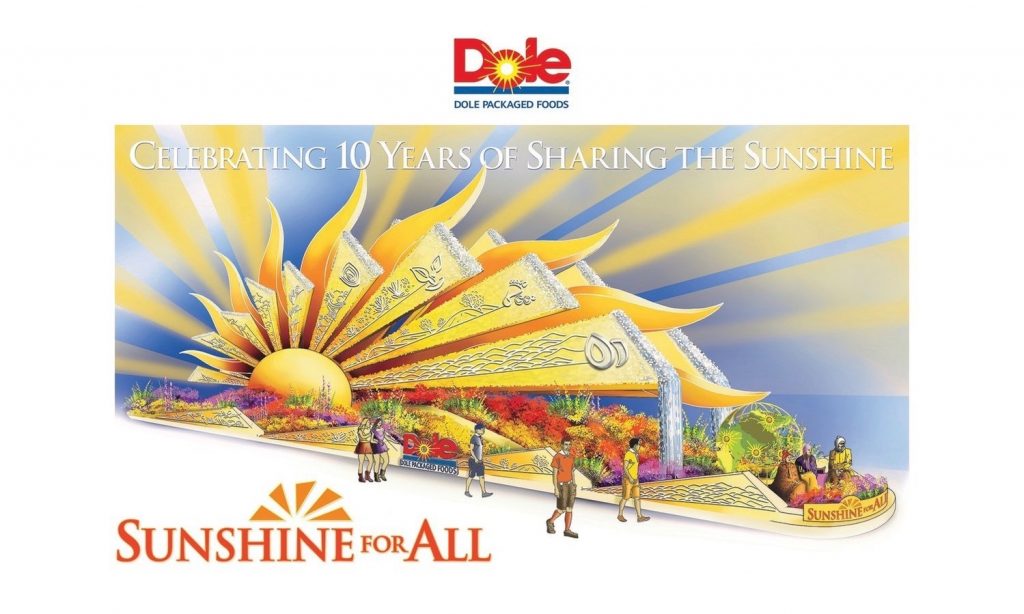 It turns out that – unbeknownst to me – Dole is sort of known for their prowess in float-decorating; they’ve won a prize for their Rose Parade entry every year since 2011. This year the theme of the float – Sunshine For All – was Dole’s commitment to providing healthy food to everyone in an eco-conscious manner, so each sun ray represents one of Dole’s global sustainability efforts (including water management, carbon footprint reduction, soil conservation, and waste reduction).

Some of the initiatives Dole has introduced:

On a personal level, I have to tell you: Seeing a major food brand make such an active and ongoing effort to implement sustainable alternatives to more traditional manufacturing policy – and make it such a priority – gives me a great deal of hope that other big brands will follow suit. 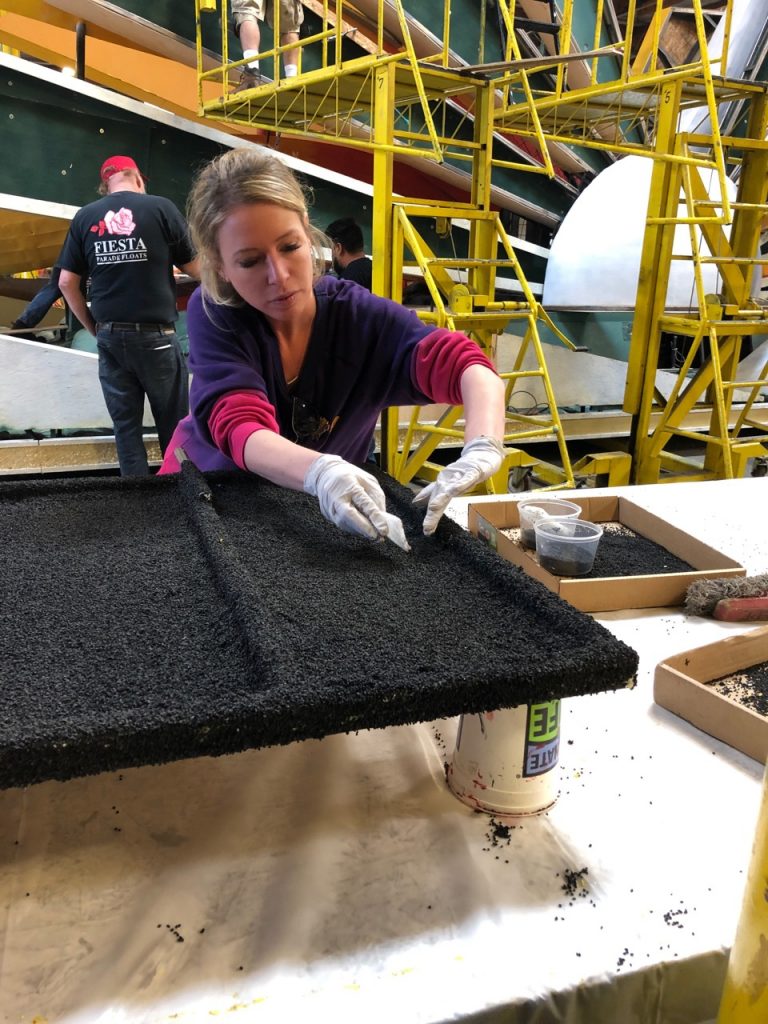 Float-decorating is serious business. Also, why am I orange? These are the big questions.

Now, obviously it was suuuuper cool getting to see the floats in progress, but I have got to tell you: My favorite part of the whole thing was the people. Apparently volunteering to construct these floats is a total thing, and some of the people have been coming to participate every year for forty years. There were kids plopped on the floor sifting rice powder out from the granules, and grandmothers painstakingly glueing tiny rocks onto boards. And everyone was having so much fun. (Short story: I want to do it again.)

I’ll be live-streaming from my parents’ couch on New Year’s morning while we watch the Rose Parade – so if you want to join in this lovely little tradition, come hang, and I’ll tell you which part of the float I did. (It’s VERY impressive. I am not being facetious at ALL.)

This post was created in collaboration with Dole Packaged Foods. Thank you for supporting the brands that help keep RG ticking!