An Argument In Favor Of Press-On Nails (Really) 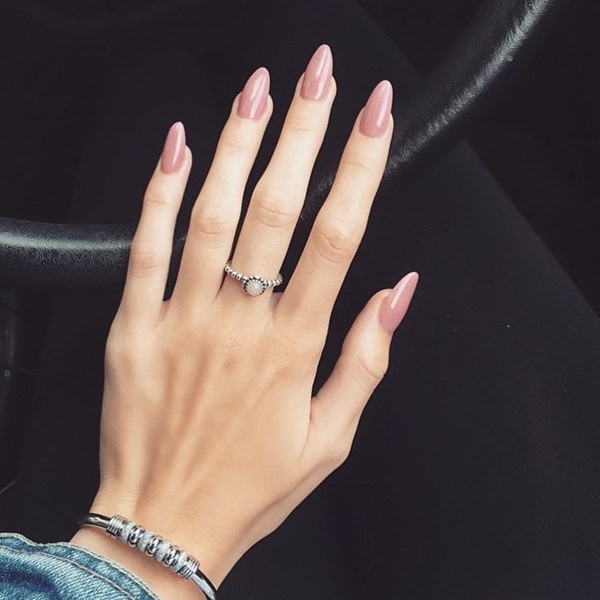 I’ve had dalliances with fake nails in the past. I know acrylics aren’t great for your nails – and I extra-know this because one of these dalliances ended with water seeping into the space between the acrylic and my real nails, unbeknownst to me, and turning my nails a glorious and semi-permanent chocolate brown (oh yes, that happened) – but they’re just so tempting.

As a person who is genetically incapable of growing her nails beyond the ends of her fingertips without them essentially dissolving, there are few things that make me feel more elegant and feminine than perfectly shaped, perfectly polished long nails. And in pursuit of that goal I’ve basically tried it all: gel polish, strengthening polish, letting my nails breathe to see if they’ll reward me by growing, and – yes – acrylics.

But here’s the thing: The techniques that don’t require a huge commitment (strengthening polishes, as an example) don’t seem to work super well in terms of giving me the look I’m after, and the techniques that do give me the look (gels, to an extent, and acrylics) require way too much in the way of money and constant appointment-scheduling to make sense in my life.

I want all the gorgeous nails, with none of the commitment. 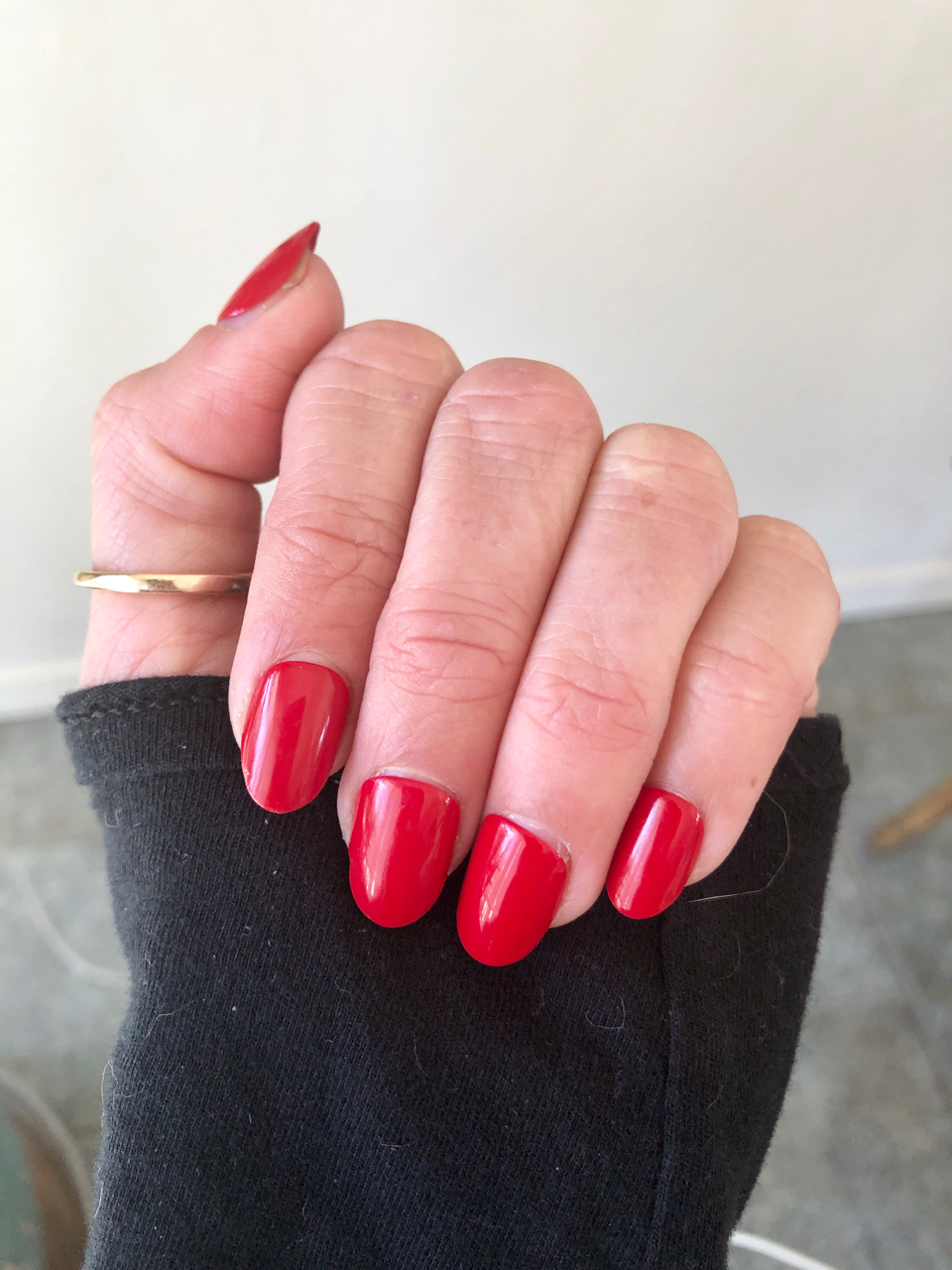 Enter: imPress Nails, which I discovered last week on set from Skyler of Dining With Skyler (who is adorable, by the way – you should totally follow her).

The Application Process: This literally could not be easier. You just pick a press-on that’s more or less the right size for each nail, remove the sticky backing, and apply. You can see that mine aren’t perfectly straight, but it was my first time around this particular rodeo, and I feel pretty certain there’s a speedy learning curve here. (A lot of the kits come with little decals or sparkly accents that you can mix in if you want to be a little extra, but I stuck with the simpler look.) 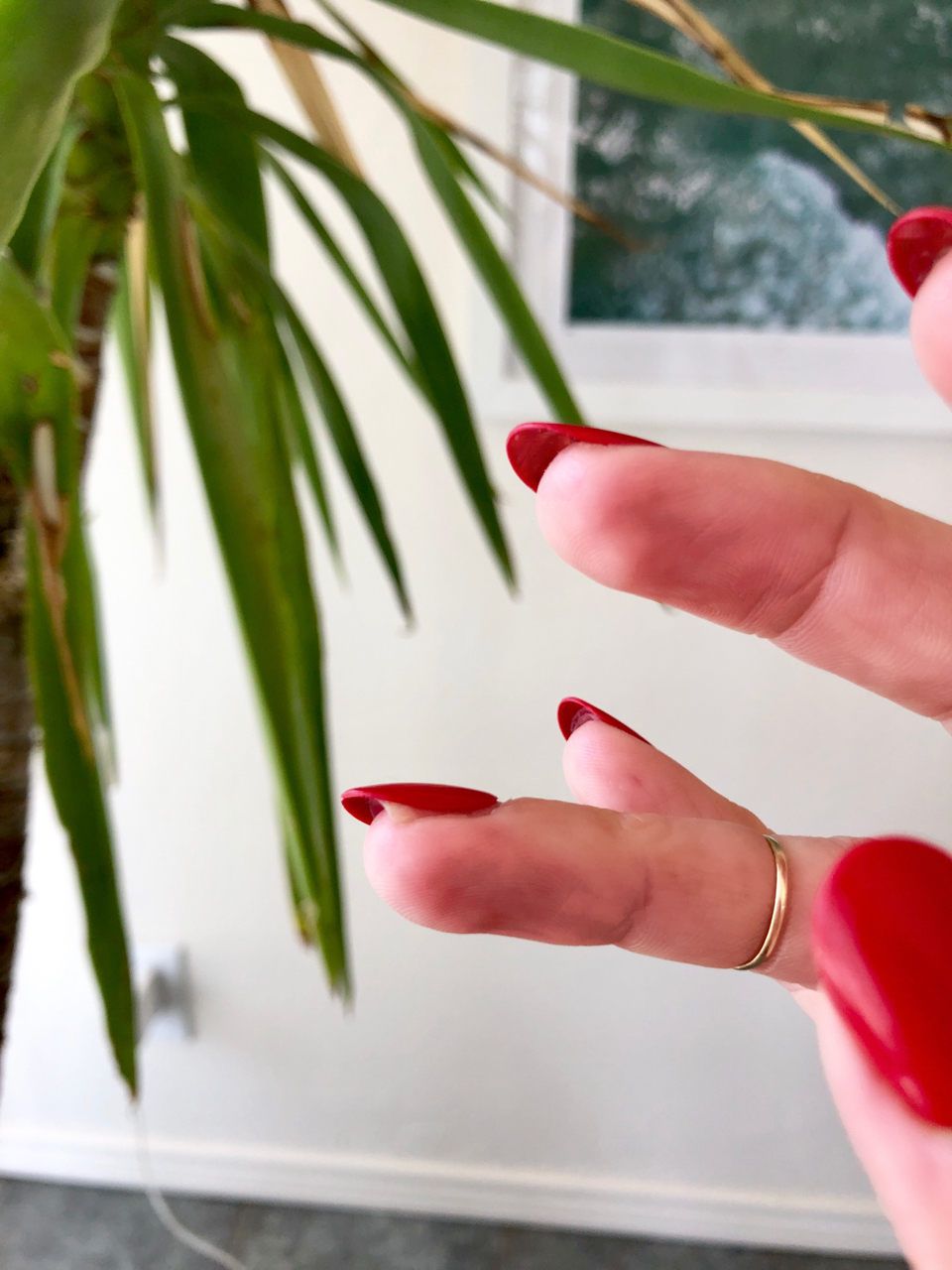 One negative: If you choose the wrong-size nail, or put it on a little wonky, you end up with this effect. You can’t really see it unless you look closely, though – and besides, if it really bugged me, I’d just remove and reapply.

The Look: I LOVE THEM. And I swear to you: you cannot tell that they are press-ons without some seriously close-up examination. They’re substantial, but not so thick that they look fake, and if your real nails are cut short you can’t see them at all. On the con side, most of the nails are sold in a square shape that I don’t love, so if you prefer more of an oval or pointy shape you’ll have to file them down.

The Staying Power: I applied these nails on Friday night. It is now Tuesday, and they look and feel exactly like they did right after I applied them – no looseness, no cracking or chipping, nothing. And I have two children who require me to do things like pick stickers off of toys over and over and over, so that’s saying something. (Skyler told me that hers stay on for about a week, and that often she’ll swap them out not because they’re ready to go, but just because she wants a different look.) 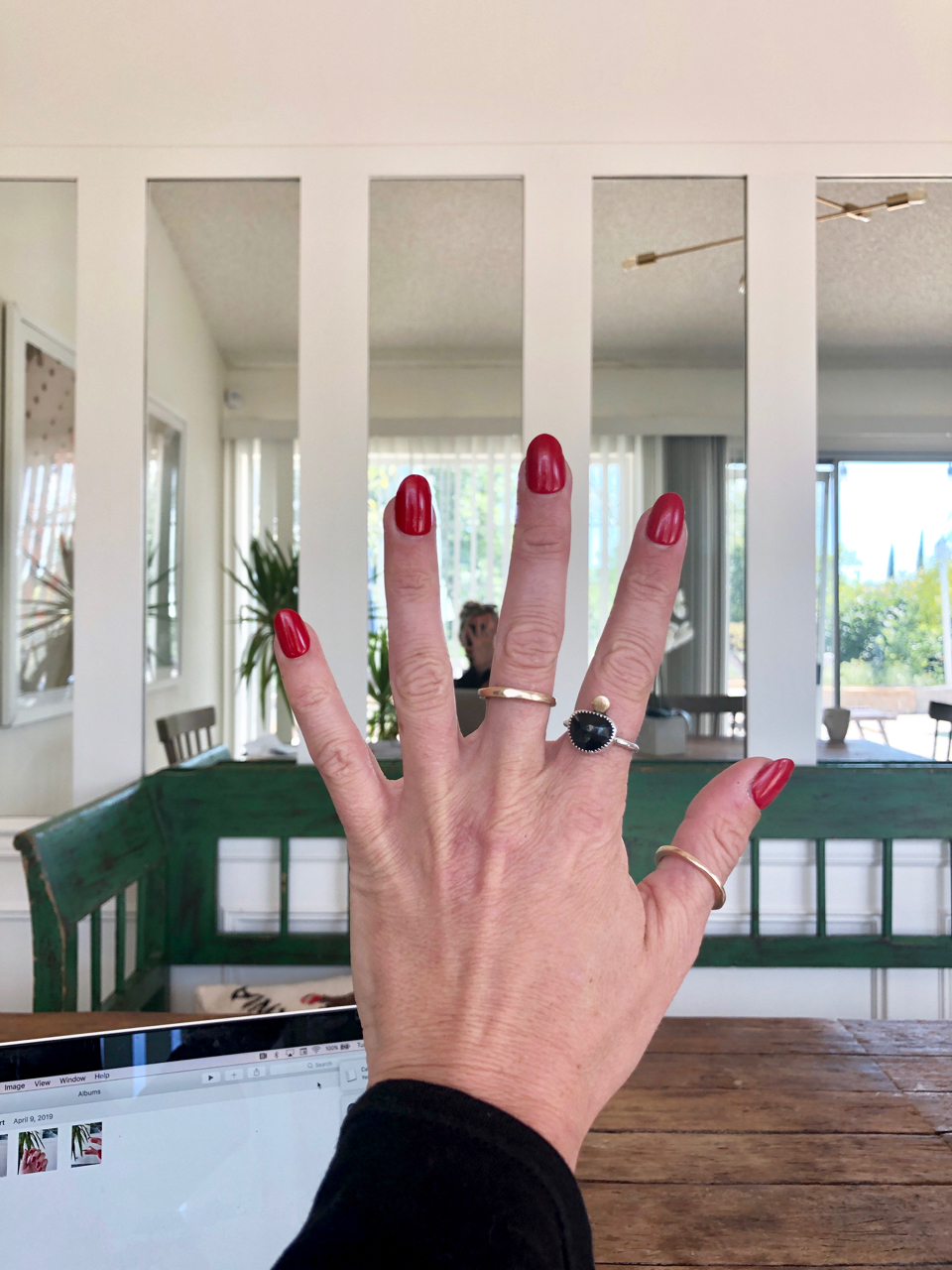 The Removal Process: This I can’t speak to yet, because my nails are going strong and I’m not in the mood to mess with perfection, but apparently it’s similar to the gel removal process, but simpler (because once the acetone loosens the nail, you can just peel it off). What I especially like about these versus acrylics is that if you take them off and your nails look like they could use a little breathing space, you can just do that without losing the (fairly enormous) investment required of a brand-new acrylic set.