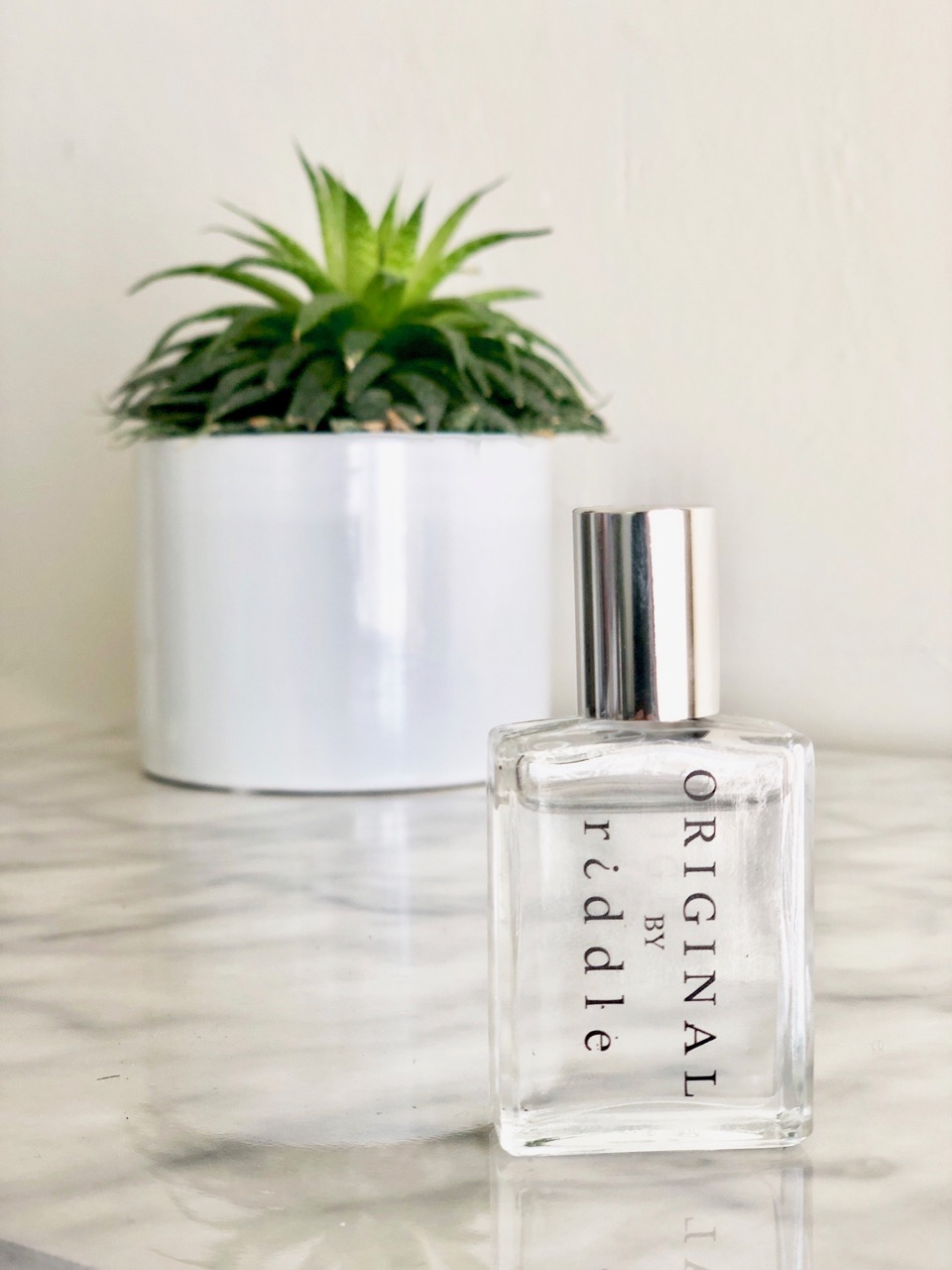 OK, so a couple of months ago I was in Malibu with my mom, and we went into a little boutique filled with many, many things that I wanted to own but could not afford. My mom felt similarly, but nevertheless decided to try on everything in the store, so I ended up wandering around by the cash register, picking various things up and putting them back down while trying to keep my children from doing the same, and one of the things I picked up was this little rollerball perfume oil from a company I’d never heard of called “Riddle.”

I couldn’t put my finger on what, exactly, it smelled like, but I was instantly OBSESSED, to the point where I flagged down the woman who was standing in the corner folding $300 t-shirts to ask her about it. She had virtually no information to offer me and had seemingly never noticed it even sitting there in the shop, so I figured it was some ultra boutique-y oil made by, like, the owner’s friend. It was also a little pricey ($50 for the small oil, $80 for the large), so even though I definitely thought about buying it, I managed to restrain myself and went on my (now blissfully perfume oil-ed) way.

And then, two weeks later, I was still thinking about that scent. Which is…I mean, that’s weird. Right? I don’t usually find myself thinking about scents period, and certainly not about random Malibu rollerball oils. But I’d simply never smelled anything quite like this. I wish I could describe it to you, but…I can’t. It just smells exactly like how I want to smell. It smells like when you’re in love with someone, and you snuggle into their neck, and the way they smell makes you want to stay there for hours.

So I (literally) drove back to Malibu and bought myself some perfume oil.

Then yesterday, in the comments under this post, I mentioned the oil offhand and thought I should probably link out to it. Even though I was feeling a little protective of my glorious new discovery, I also realize that writing about such things is basically in my job description. So I went hunting for where to find it online…and apparently it’s A Thing. Like, Buzzfeed has written an article about it. And the reason I can’t describe it to you, apparently, is also A Thing: the company’s website says, and I quote, that the oil is “formulated to mix with your personal chemistry and create a signature scent unique to you.”

Anyway. You should try it. Trust me on this one.