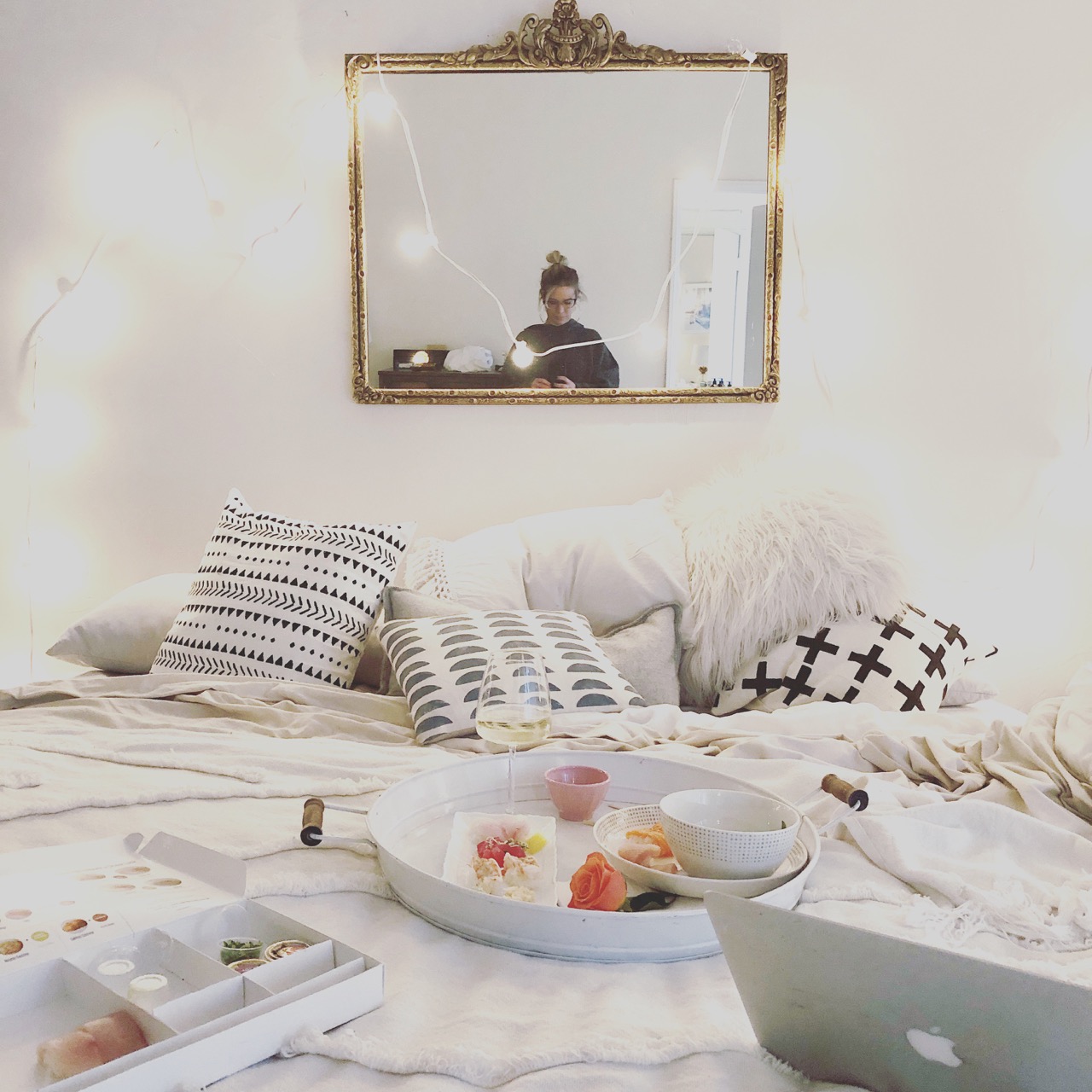 Me at yesterday’s Noritake shoot (I ate my props after taking this pic).

I learned about three things over the past twenty-four hours, and you should know about all of them. (Two of them I learned about from Francesca; #creditwhereitsdue.)

OK, so yesterday at about 4PM I had just wrapped the shoot above, and was happily ensconced in my office (my bed), wearing a chic little outfit (ancient pajamas) and eating a heart-healthy snack (leftover Buttercrunch Christmas Popcorn), when Francesca called and told me that I needed to come over. I protested that I was busy (watching Netflix). And besides, it was RAINING. People who live in Los Angeles do not drive to friends’ places when it rains; they barricade themselves in their houses and panic.

Aaaaanyway, long story short, I did end up going over to Francesca’s because she promised me that a) I could pick the movie and b) I would emerge the next day with glowing skin c/o her fancy Italian ways. 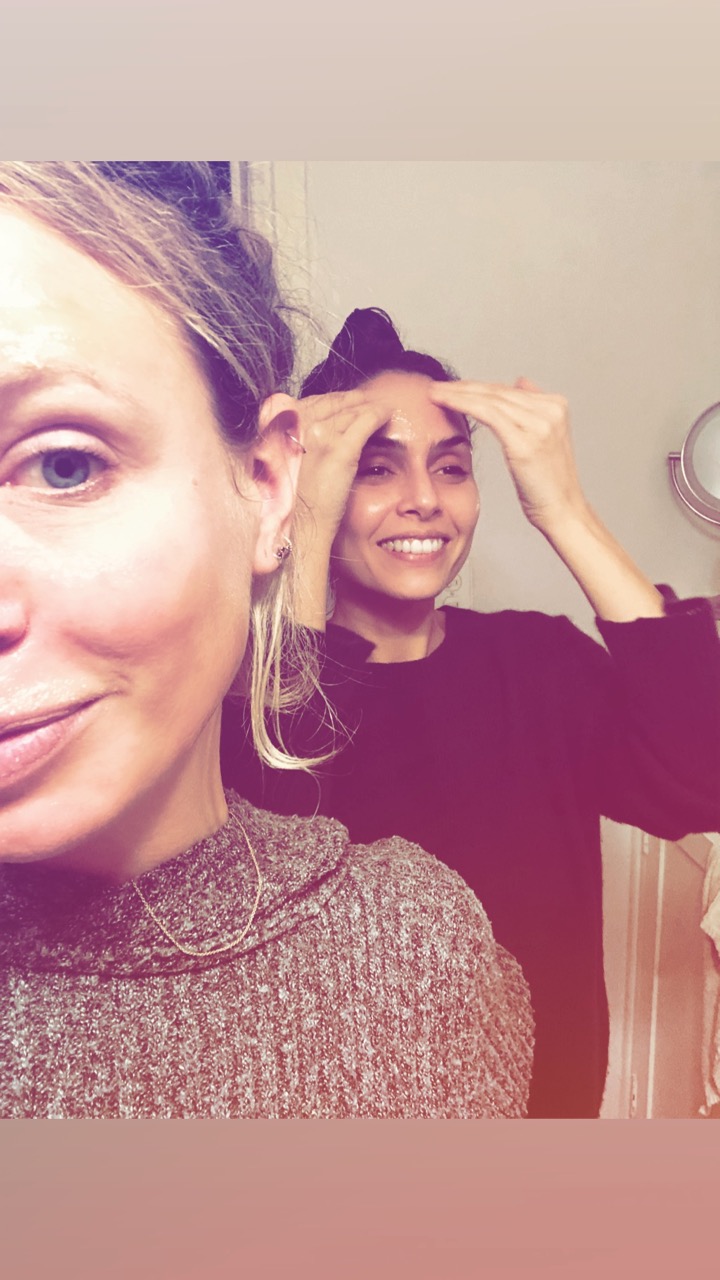 It turns out “fancy Italian ways” = throwing some raw honey on your face and calling it a night. 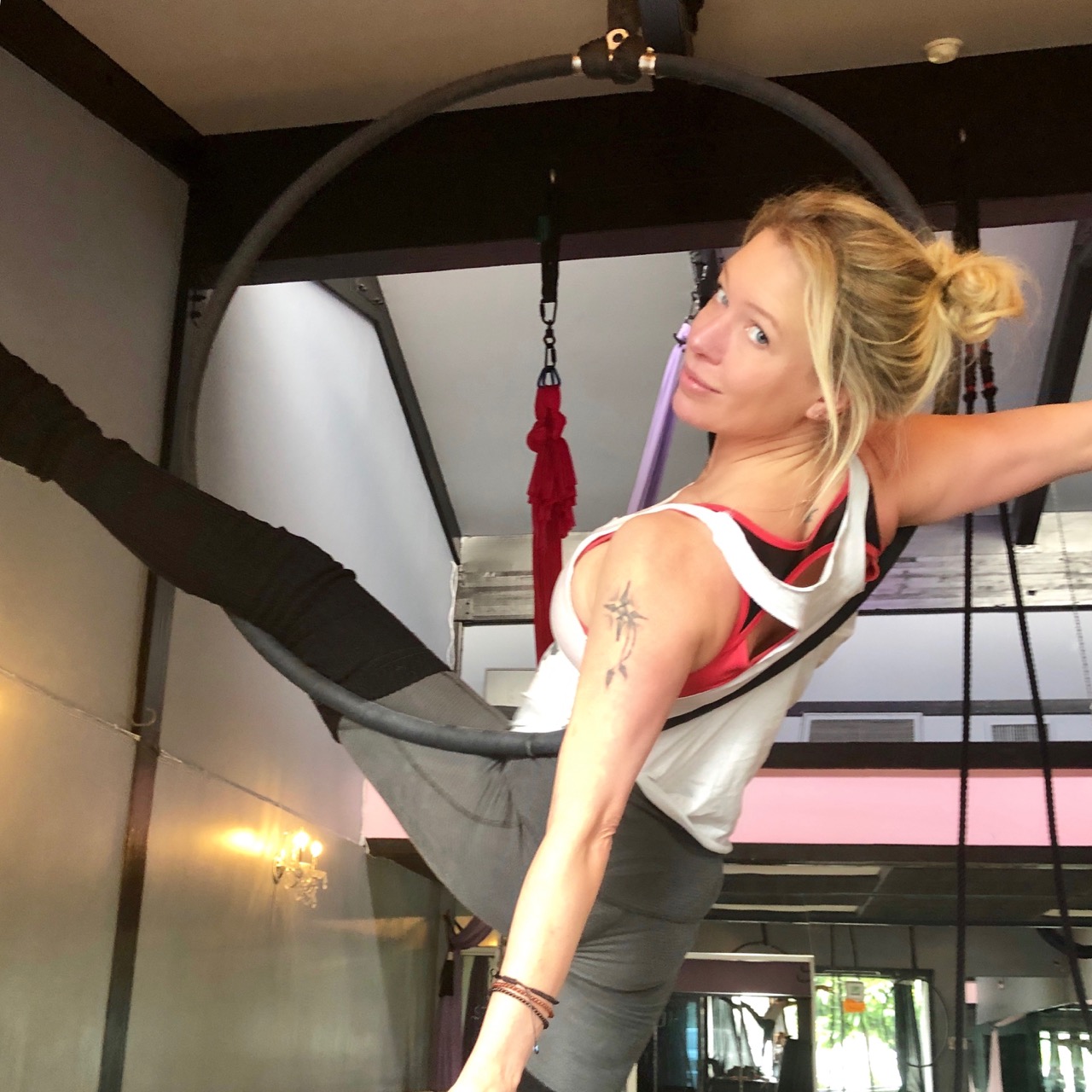 It worked. Here is a pic of me the next day (more on what’s going on here below), all calmness and glow (at least on my face). No filter, no makeup.

Second thing I learned about from Francesca yesterday: this, which is not, as I initially thought, some kind of pot-related paraphernalia, but rather a wood called “Palo Santo.” 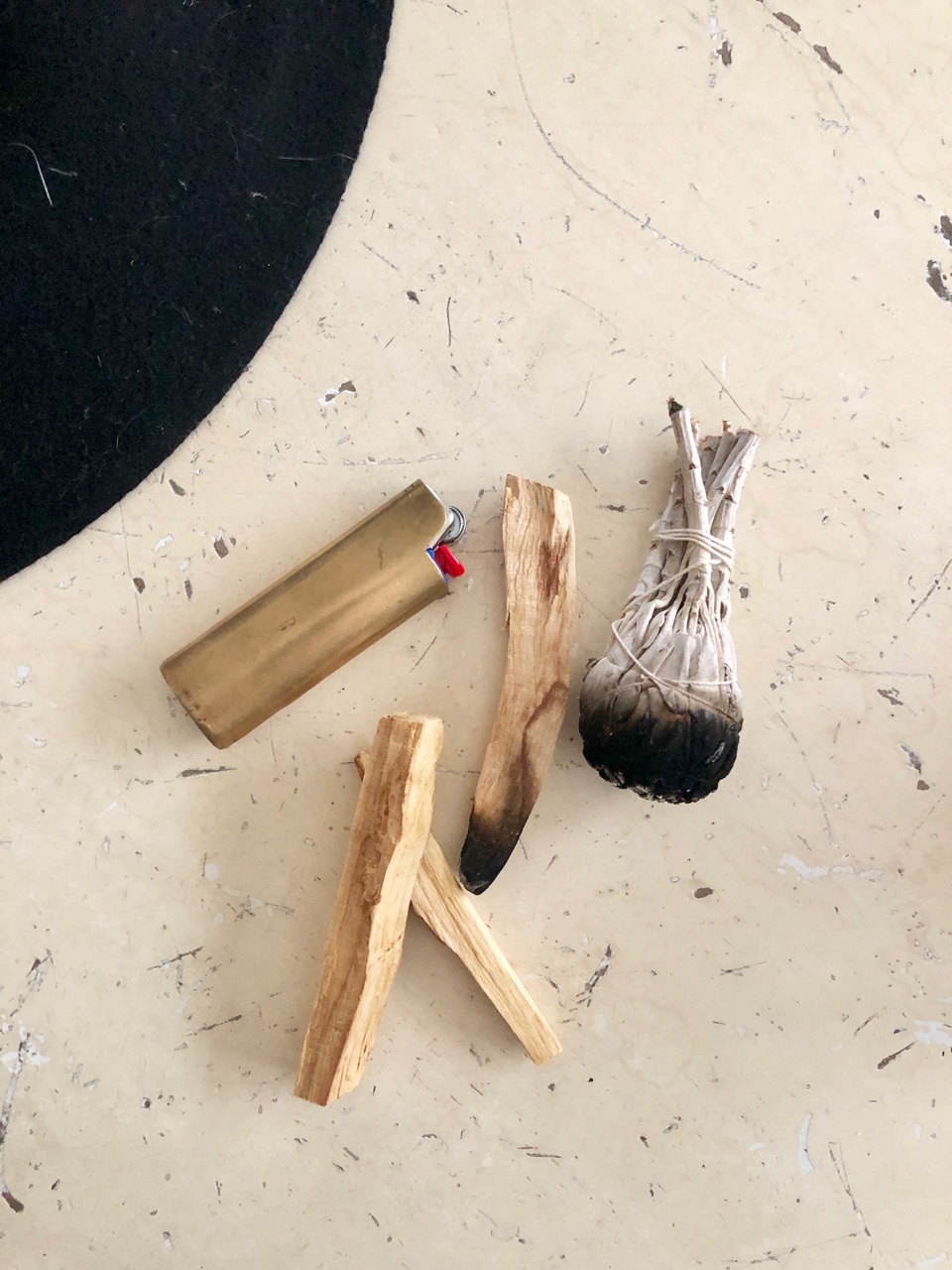 The Palo Santo tree grows in South America, and its wood is used in a manner similar to sage: to clear the energy in a space (and freshen the air) – you can click here for my video on how to do a Smudging Ceremony in your home; it’s pretty much the same concept. It’s also said to have immunity-boosting, creativity-enhancing, and purifying properties. And it repels mosquitoes. And! It’s sustainable: the essential oils used in various Palo Santo products can only be harvested from fallen branches and dead trees. (In addition to the sticks themselves, you can buy cone incense, spritzers, candles and such, as well as something called Spritz-Her! that is a “feminine essence.” I’m not entiiiiiirely sure how one uses a “feminine essence,” but I can hazard a guess.) 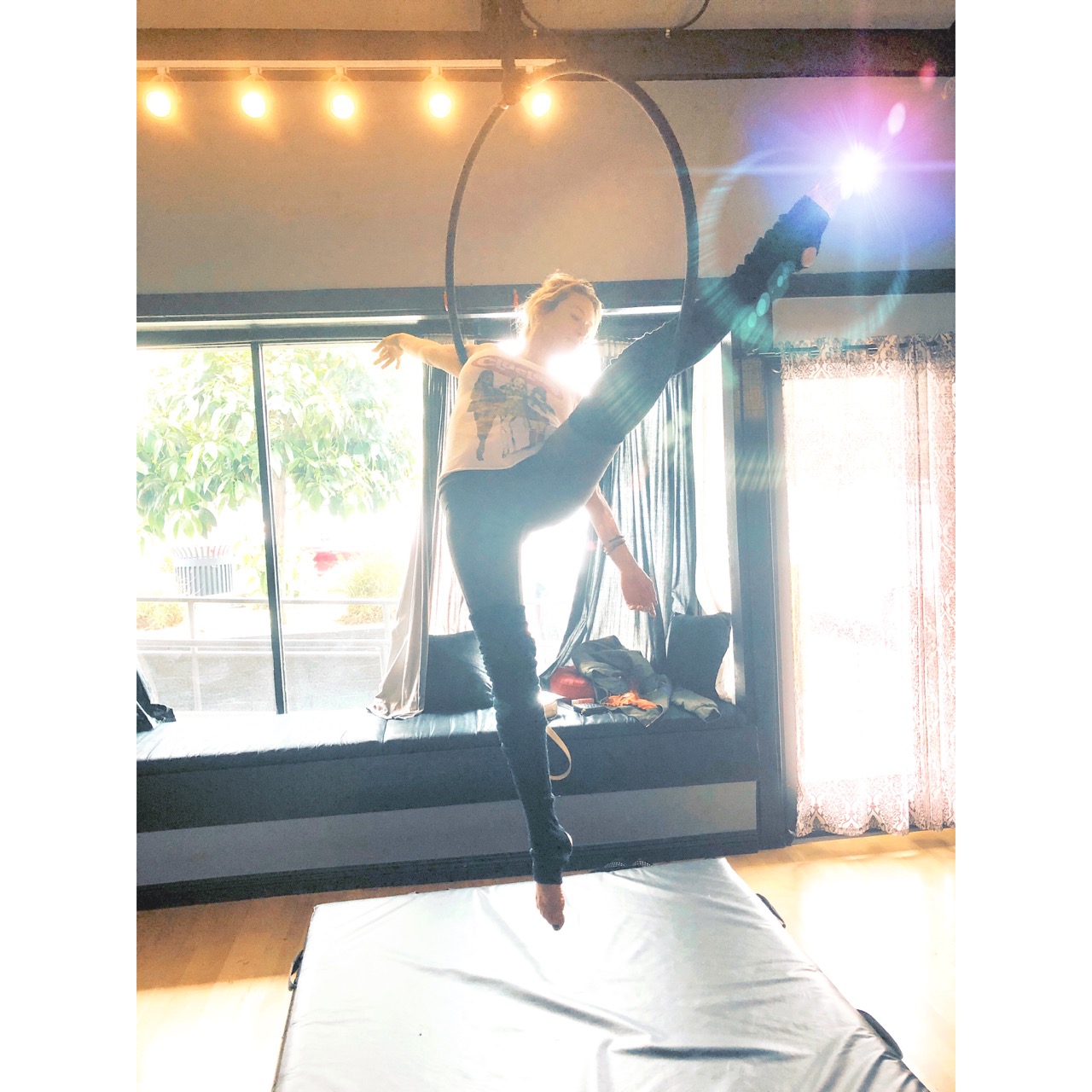 OK, last thing: You know how I’ve been going on about aerial dance, and how much I love it? (I LOVE IT.) I’ve only been to four classes at this point, but today’s class was the first time that I wore these extra-long leg warmers, and I think they might have been what my wardrobe was missing all along. They’re technically helpful for the hoop because they reduce the friction (pain) when you do things like hang by your knees, but they’re also just…I mean, they’re thigh-high leg warmers. Haven’t you kind of always dreamed of wearing thigh-high leg warmers, like you’re in Black Swan or something?