I Got Dressed Three Times Yesterday 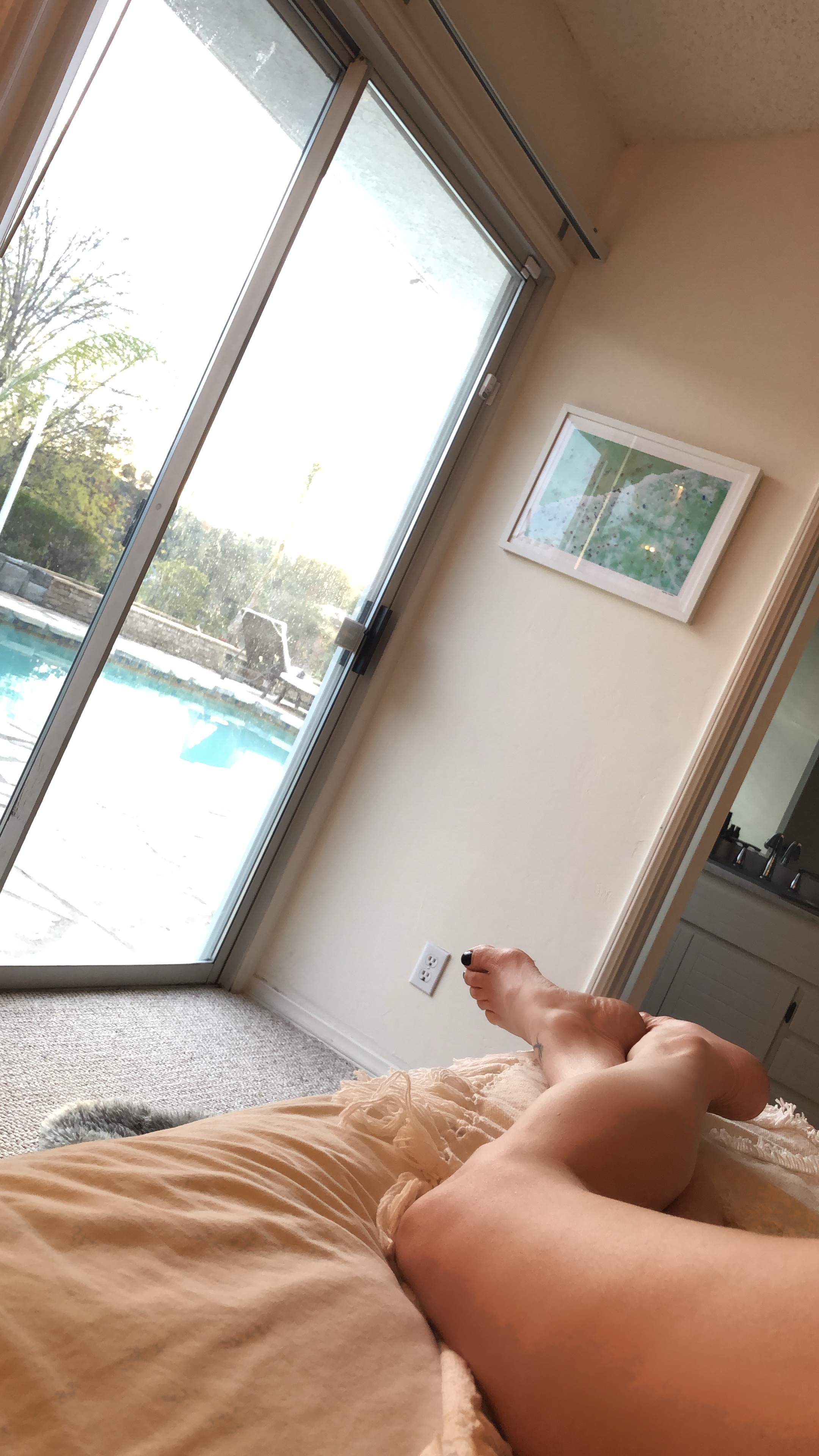 This is not one of the times.

Well, technically speaking, I got dressed seven times yesterday. (I KNOW. And only one of them involved pajamas!) But the pictures here commemorate my favorite times.

I spent eight hours yesterday shooting a video for Tiny Tags that focuses on…divorce, actually. It was an emotional day, and I definitely cried, and the video will speak for itself when it comes out – so instead of talking about feelings this morning, I’m going to talk about clothing.

Let’s lighten things up around here for a mo’, yeah? 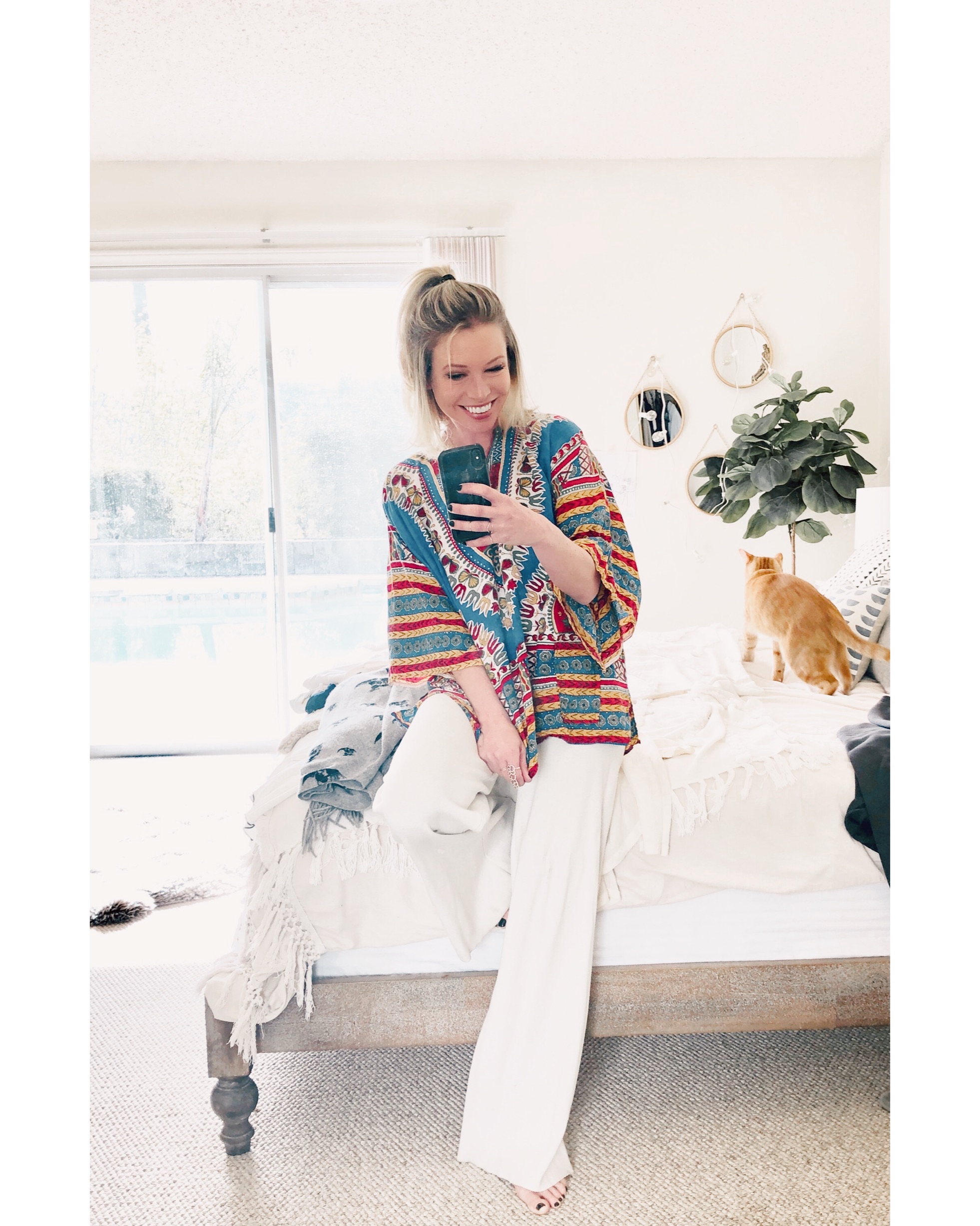 First up: For a scene in which I’m hanging out with Francesca (who wasn’t available for the shoot, and who thus ended up getting played by the associate producer), I decided to go full I Dream Of Jeannie, what with the whalespout ponytail and the blousy vintage everything. 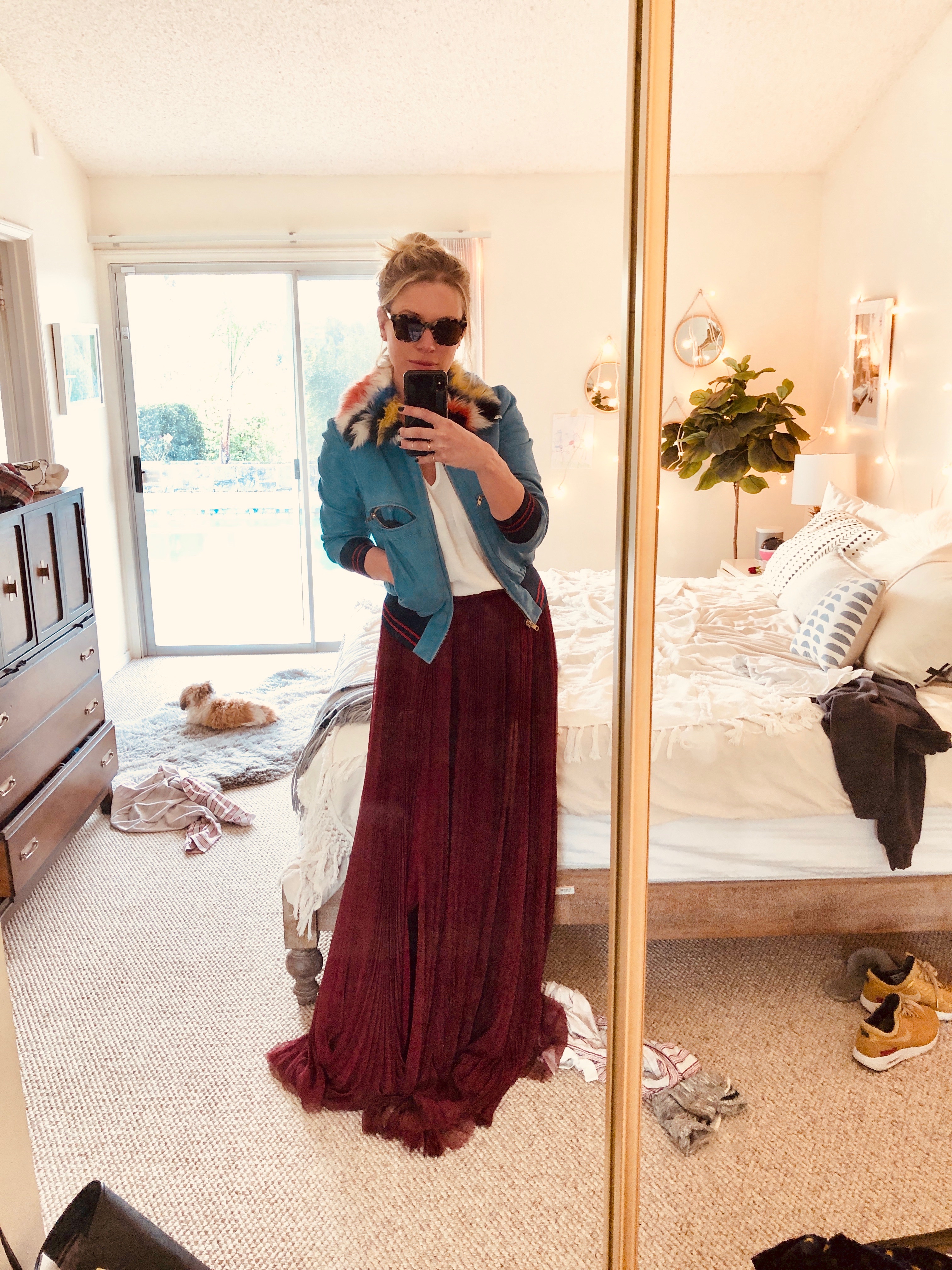 Next – and this is important – I WORE THE SKIRT. Remember the skirt that I said I had nowhere to wear? I wore it! I mean, I only wore it around my house. But still. And I thought about wearing it out later that night, so that’s something.

That jacket, as an aside, is from Rent the Runway Unlimited – I joined a couple of months ago because it seemed like a good idea, given that I do have a tendency to buy things and then only wear them once or twice before deciding I don’t like them (and also given that I need clothing for shoots and such that I don’t technically need to *own*). I am obsessed, and seeeeeriously think y’all should try it. It’s a game-changer. 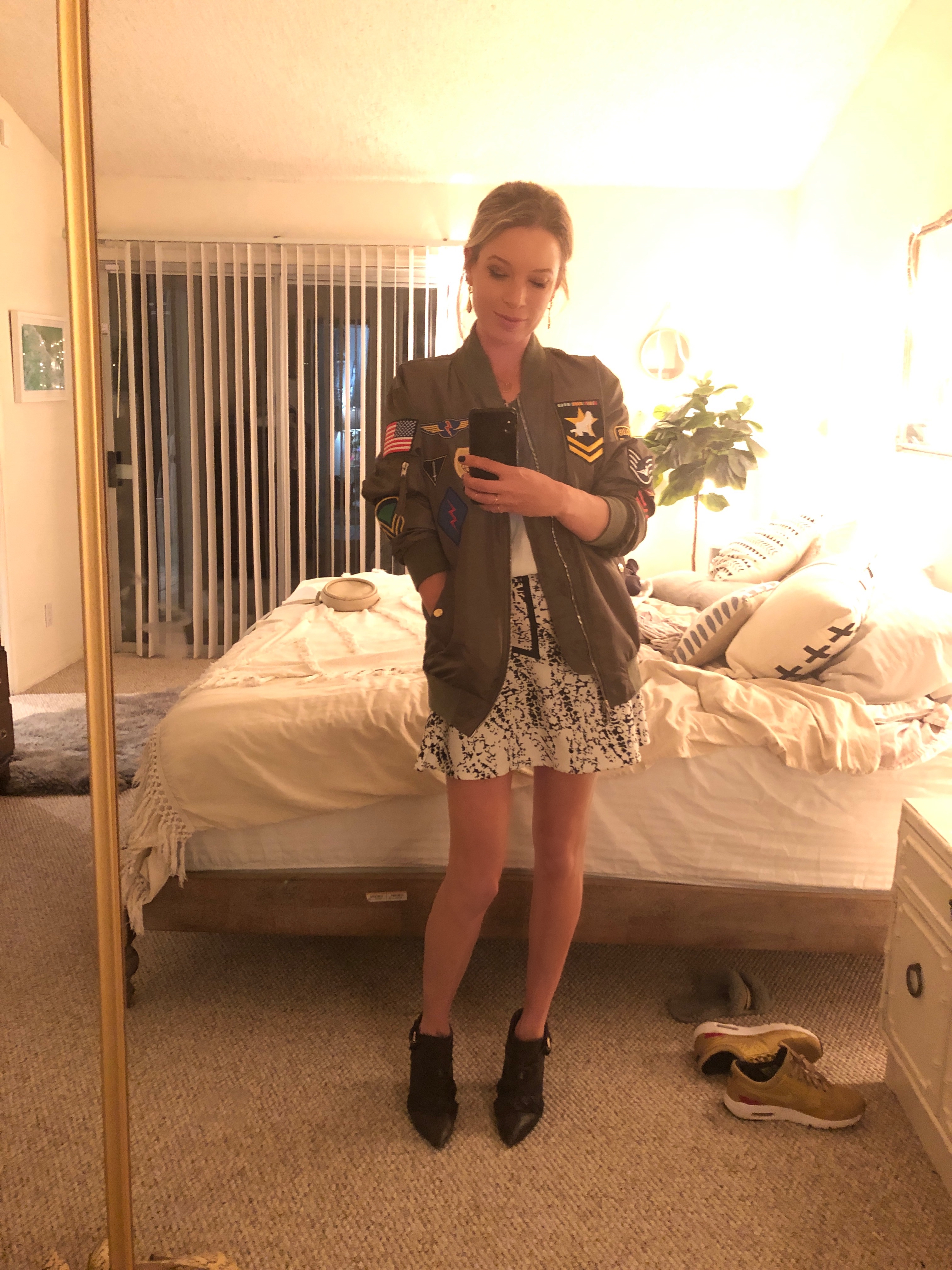 And finally, I pulled off the hat trick of my personal century by getting dressed again, when I technically didn’t even have to for work. AMAZING. This outfit – for a night at the Soho House in Malibu that goes down in history as the most LA of all LA nights I have ever experienced, for both good reasons and oh my god, so pretentious ones – features a thrifted skirt I found on Melrose and a jacket that Francesca gave me ages ago, and that deserves special mention because it says “Strip Club Veteran” on the back. Strip Club Veteran, if you’re wondering, is a defunct clothing line created by the rapper 2 Chainz, and that was met with immediate and intense disapproval, for fairly obvious reasons.

I obviously have no business wandering the streets of Los Angeles wearing a jacket that says Strip Club Veteran on the back.

But I have no business doing a lot of the things I’m doing these days, and yet?

Happy Wednesday! I’m in quite the mood, in case you couldn’t tell.