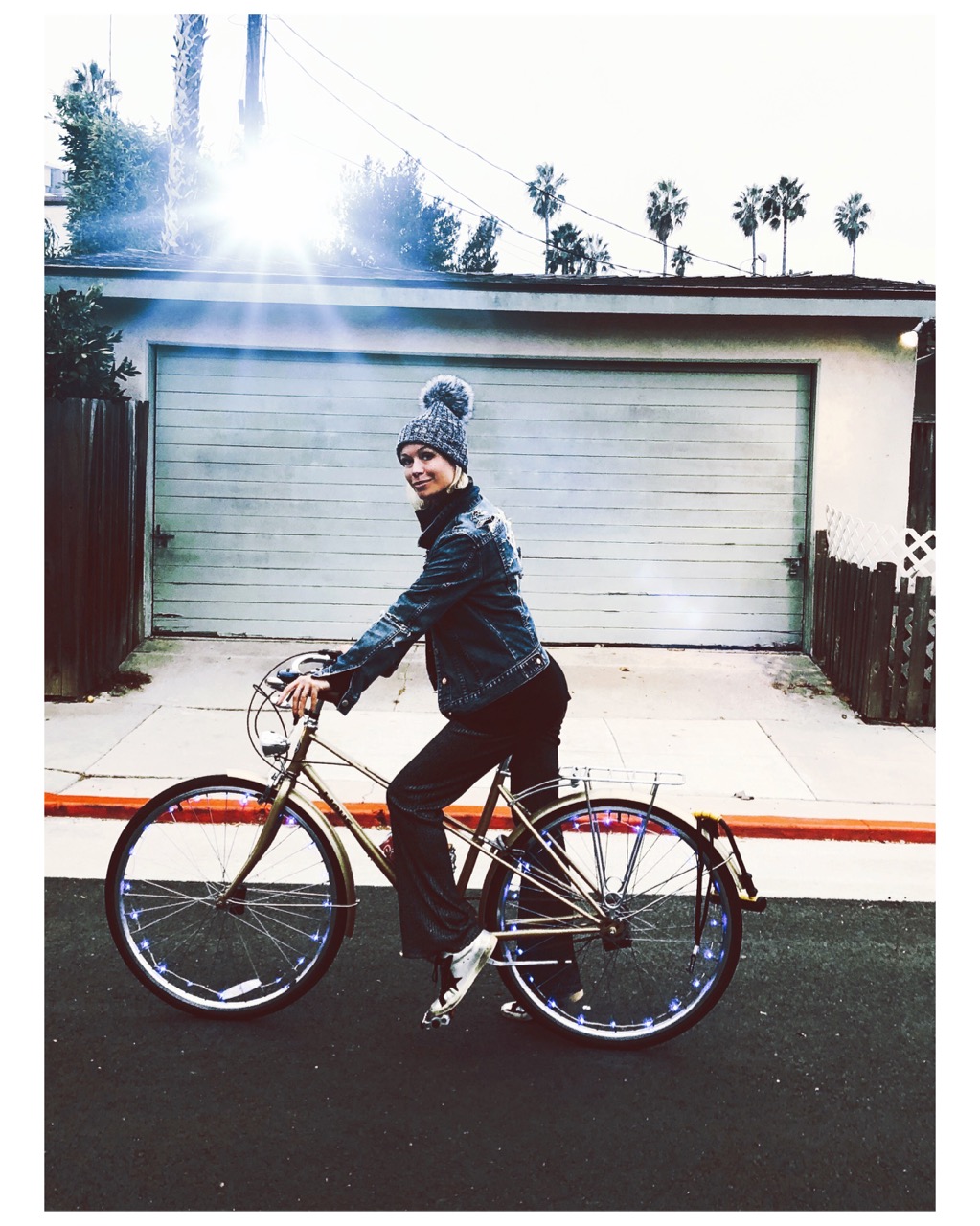 Linus Bike (you have to check out their line; so good)

A little discovery I made this weekend: Riding bikes is, shall we say, not my forte.

When Francesca asked me to come with her on a bike ride through Venice – one that would apparently include lit-up beach bikes and an actual DJ riding along with us – I informed her of this fact. Whatever the muscles are that people who ride bikes possess, I do not possess them. Also, while I am reasonably athletic, two-wheeled vehicles have always vexed me (see: my motorcycle accident).

But she convinced me to go anyway, and okay, fiiiiine, it was one of the better experiences of my life. We all met up at our friend Shanee’s house, where we ate figs and persimmons, tricked out the bikes with neon flashing lights, and stuck sparkles onto our faces, and then rode off towards Venice Beach with the DJ playing music that I am wayyyy too old to recognize from a radio attached to his basket, and ended up at the very end of a pier just as the sun went down.

It was extremely, extremely cool.

Unfortunately, one thing I am not is extremely, extremely cool. And so I made sure to bring my own personal flair to the gathering, by way of falling.

You guys, I fell so. many. times.* I also, at one point, tried to pilot my bike directly into oncoming traffic (inspiring one of the other riders to offer me the helpful advice to “try looking in the direction that you want to go”), and ended up bruised on parts of my body that I’ve never really thought very much about, because I cannot see them and ordinarily do not engage in activities that would harm them. (Serious question: do memory foam bike seats exist? And, if they do, is there a reason why they are not standard operating practice?)

Anyway, I was obviously (and vocally) miserable by the end, but we also ended at a restaurant that had steak, so that was nice. And I am, as Francesca said I would be, so happy I did it – mostly because just a few months ago, riding bikes along Venice Beach at sunset is not a thing that I could have or would have done. And standing on the end of that pier, watching the waves and dancing around with people I’d only just met…it felt symbolic. I don’t know where I’m going to end up – not tomorrow, not in a year. It’s a massive, beautiful mystery.

I’m excited to find out what happens next.

*I know this sounds ludicrous. It was. I could not stop falling off my bike. But Francesca and I decided to unpack the situation a bit the next morning, and we realized that there are actual, legitimate(ish) reasons behind my apparent total lack of coordination. See, when you come to a stop on a motorcycle, you take both feet off the pedals and wait until the bike comes to a full stop before you put your feet down. Except when you do this on a bicycle, what happens is that you fall.

So the reason I was so uncool at this beach bike party is because I am actually SO cool that I have muscle memory from motorcycle riding.

P.S. The phrase “it’s just like riding a bike” clearly does not apply to me. I can live with that. 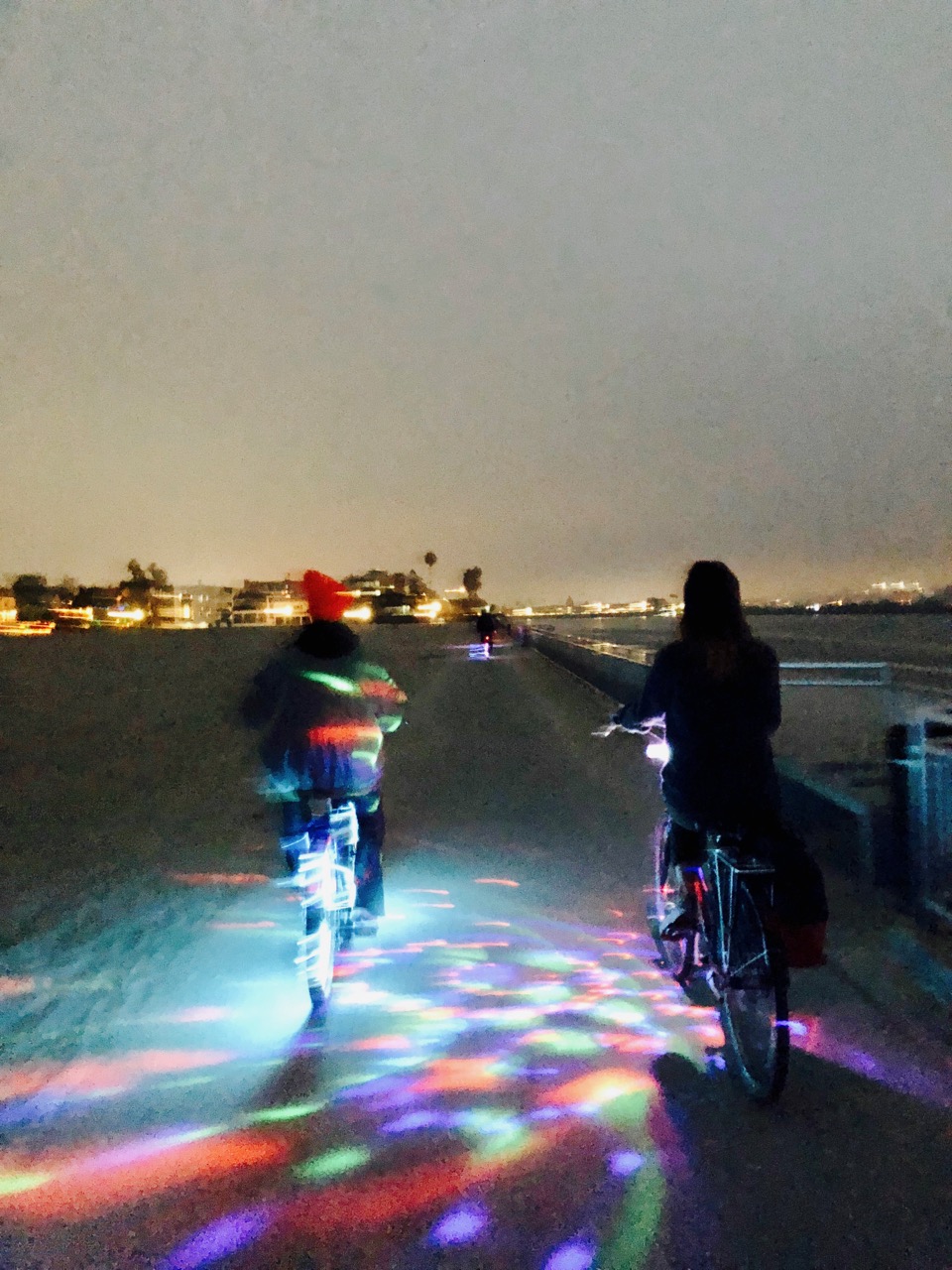 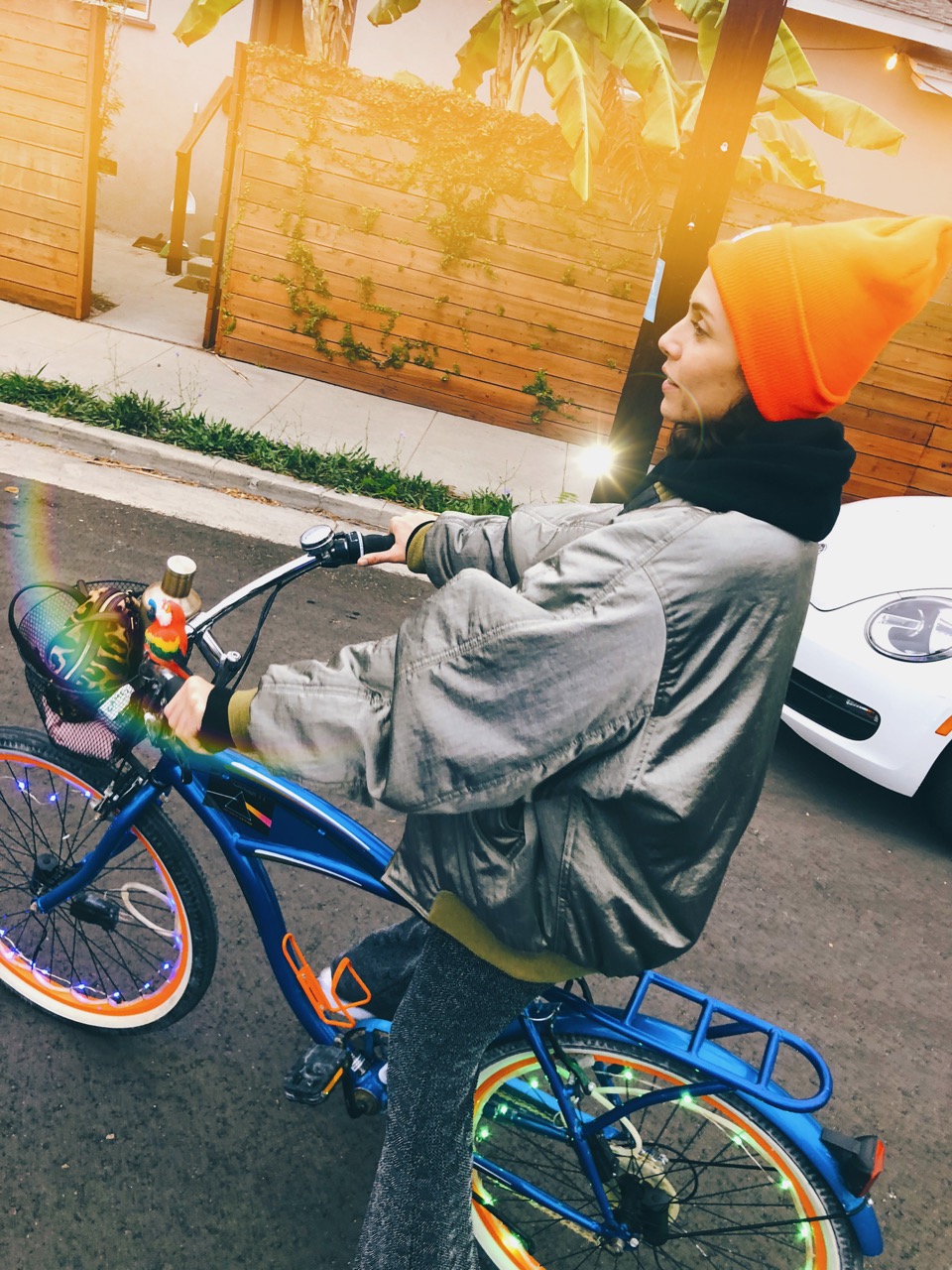 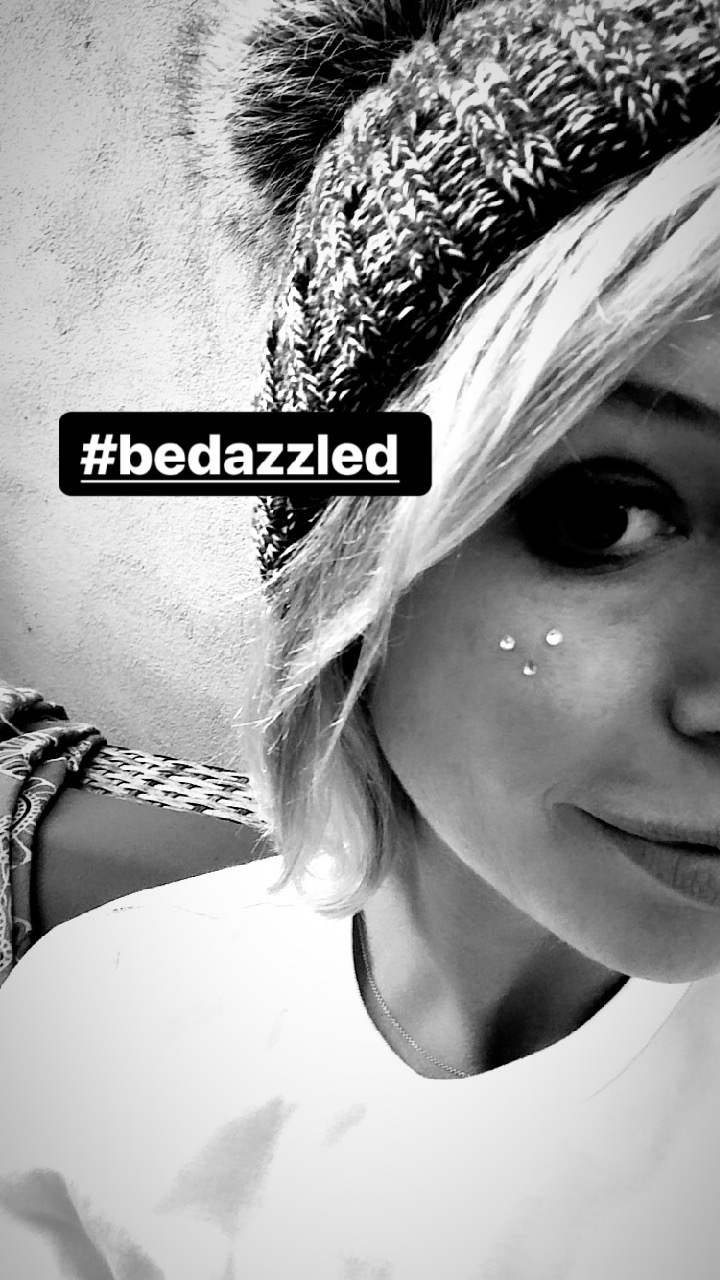 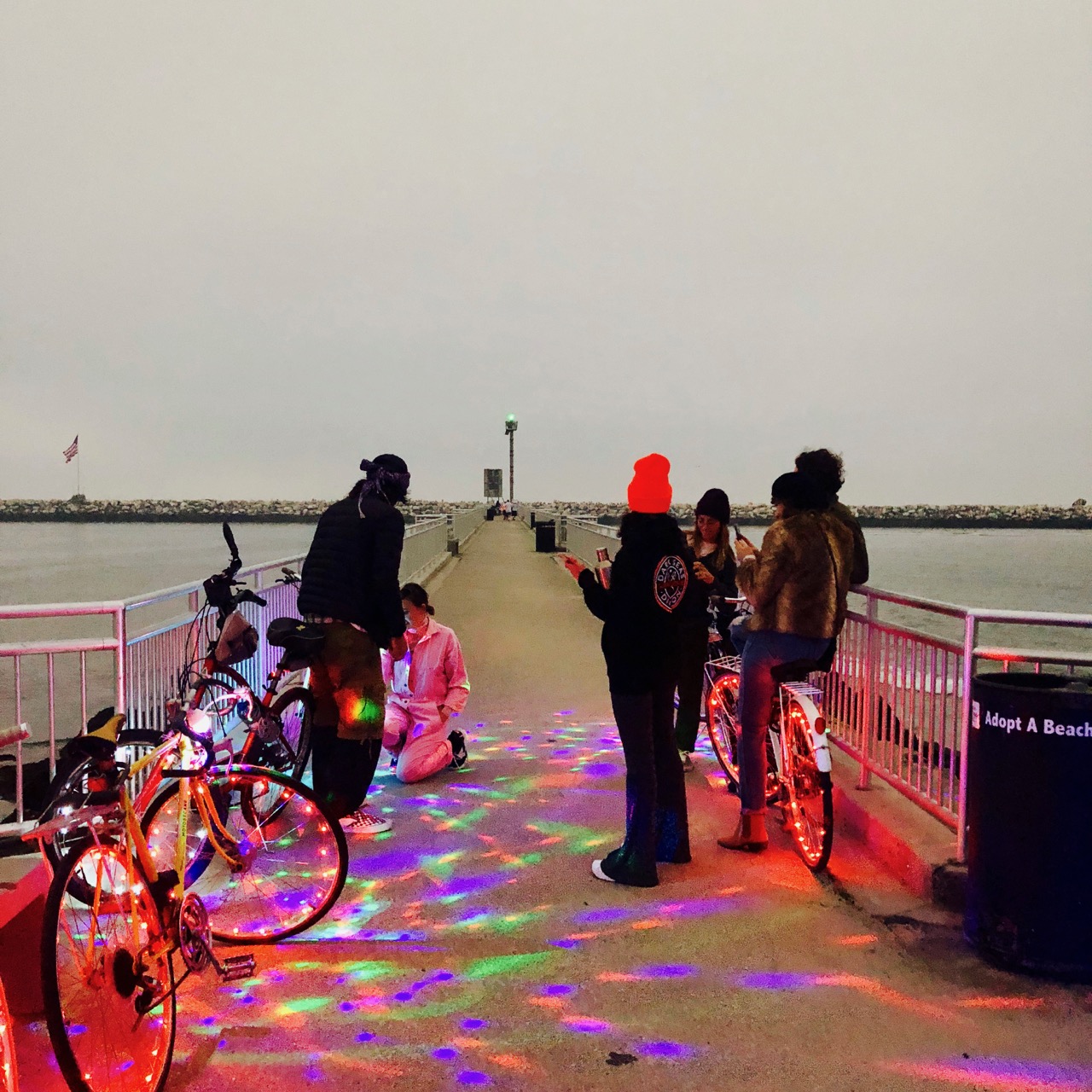