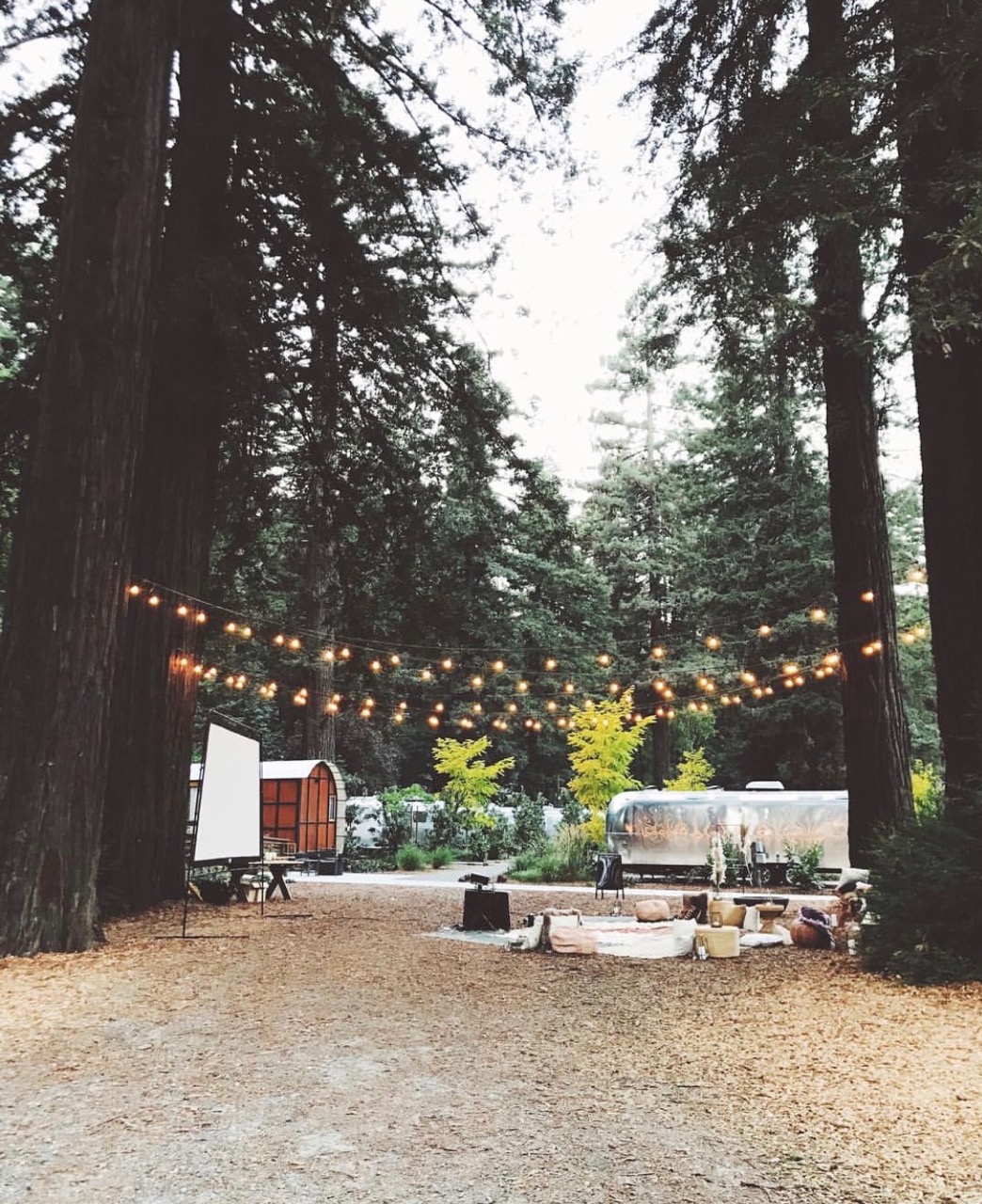 I’ve given a few talks over the years – at conferences and such. I know how to do it by now; I’ve (mostly) gotten over my stage fright, and have a bit of a formula going.

I start with the basic bio, make a few self-deprecating jokes about The Actress Years, and talk about what it was like starting a blog-as-business back in the Dark Ages. I tick off a list of experiences that my site has led to – shows, books, etc. It all makes me sound pretty successful, and pretty together, and at least passably like the kind of person who should be giving A Talk.

Then I open it up for questions. Usually people ask about my kids and husband – how does your family factor into your job?  About brand integrations, how I get them. The work/life balance. Et cetera.

I always end the same way: By talking about my five-year plan. Because that’s the number one question I get, everywhere I go, every interview I do: Where do you see yourself in five years? My answer is always the same, and it’s a really unsatisfying one (albeit true).

Because virtually nothing about my career thus far has been a thing I’ve seen coming; it feels like there’s a new surprise – and usually an exciting one – around every corner. I’m always stunned by the kinds of projects that people (actual! professional! people!) seem willing to set on the narrow little shoulders of someone who’s really, if we’re being honest, mostly just winging it.

The end; thank you for taking the time to listen. Stick around for cocktails and hors d’oeuvres if you can!

That is not the talk that I gave yesterday.

I almost turned down the offer to do the keynote at this weekend’s Mthr Co. retreat, despite the fact that OBVIOUSLY a glamping weekend in the redwoods sounds like a thing you should automatically say yes to. Because every time I thought about it, I couldn’t get away from the fundamental question: one that has worried at the edges of my mind for as long as I can recall, but that has begun dragging on me even more heavily in recent months.

Who the hell do I think I am?

Ever heard of impostor syndrome? Here’s the technical, Google-sourced definition:

A psychological pattern in which an individual doubts their accomplishments and has a persistent internalized fear of being exposed as a fraud.

Some examples of my own, personal (and raging) case of impostor syndrome:

1. I get a book deal. I write the book. I write three more. One is a bestseller. Another seems like it probably will be, once it’s released. Two get published in multiple countries. I remain certain that I have pulled off a masterful act of deception, having somehow used my latent magical powers to trick two publishing houses and tens of thousands of people into thinking I’m a person who writes words that other people should pay actual money to read.

2. I have a baby, and then another. I am, by all technical and theoretical definitions of the word, a mother. I remain firmly convinced that at any moment the Parent Police will arrive and pull off my mask, only to reveal a terrified child who shouldn’t be in charge of anything more responsbility-requiring than a hamster.

3. Right at the beginning of my career, at the precise tipping point when companies start paying real money to tap into the influence of blogs and social media, I sign with a management company, and they negotiate deal after deal after deal. I can remember in my bones what it felt like to sit at my law firm desk, rifling through file folders of information I didn’t care about and trying not to cry at the thought of doing it again the next day and the next, and the opportunities and possibilities and numbers of my new job stun me.

Time and again, I give interviews crediting my management company for everything, everything. I was in the right place at the right time.

4. I get invited to speak at a conference (this one). I think about the talk I’ll give; the one I know by heart. I picture the women who paid money to be there listening to my words. I know I do not deserve their careful attention. I say yes anyway. Because saying yes is a thing that I’ve been doing for ten years now, and life has shown me that it tends to be a good idea, even when – especially when – you don’t want to.

And so instead of giving that talk I usually give, I write a new one. 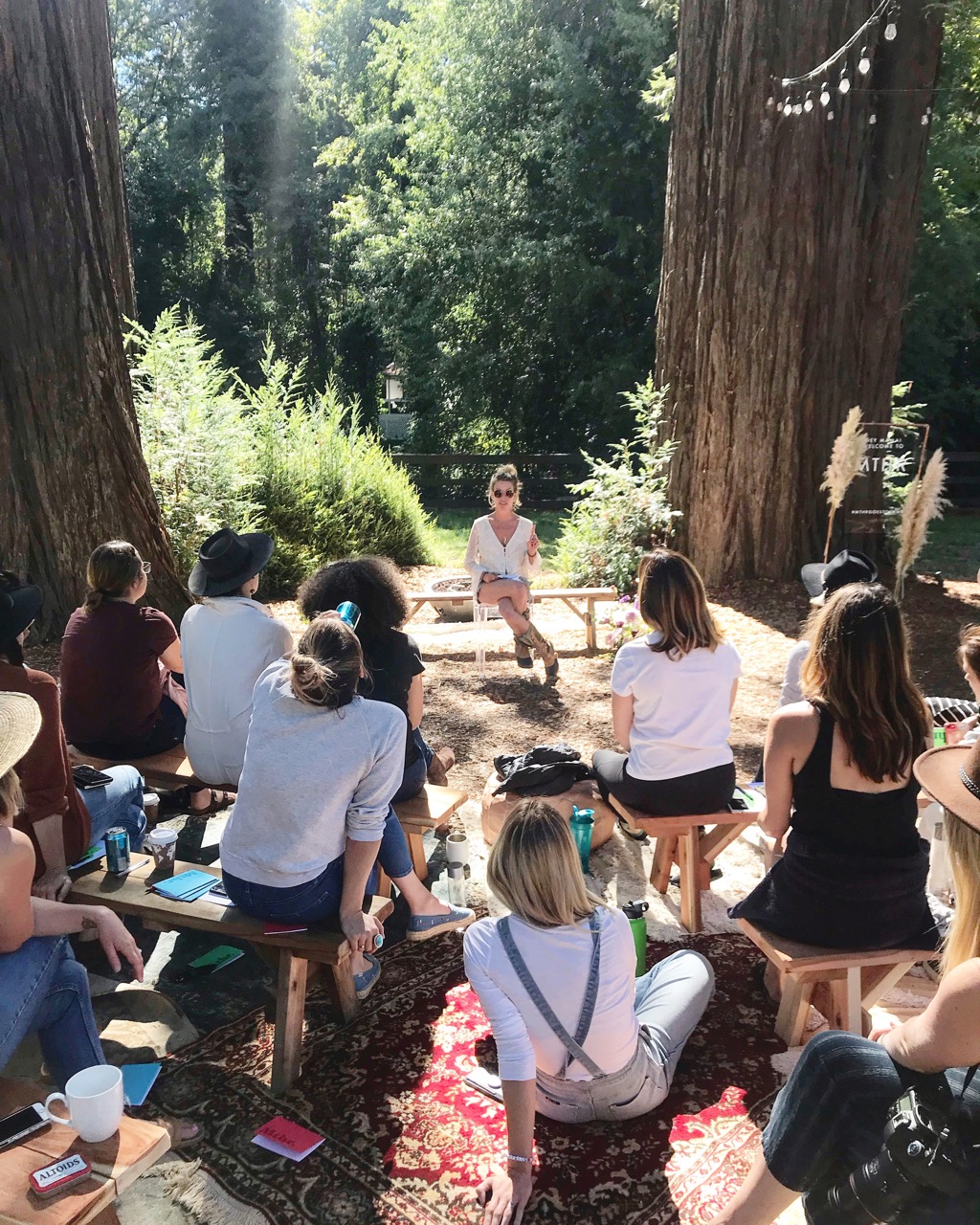 I have been a successful blogger for ten years. I have made a great deal of money from a business that I built from scratch with my own two hands. I remain wholly convinced that every good thing that has happened to me over the years has very little, if anything, to do with my actual abilities.

A decade after I start my career – two months ago as of today – that same management company that I have credited with every iota of every success I’ve ever had fires me. No one ever says the word “fired,” of course; it is framed as a parting-of-ways. It is based on industry shifts that I’ve seen coming a long way off. It isn’t surprising, or even insulting. It’s just business.

Even given the degree to which I can wrap my mind about the hows and whys behind the fact that the career shift I’ve been slowly building towards has become less of a “good idea” and more of a “fucking emergency,” I am achingly aware that it has finally happened: My luck has run out, and my accomplishments have been revealed as what they’ve been all along – a series of slights of hand that no one has seemed to recognize as trickery save for me.

You’re not supposed to talk about these things, you know. You’re supposed to paint a pretty picture; a picture that says what you want it to say, in case anybody’s looking.

I can’t do it; not anymore.

Here’s more reality for you, while we’re at it. I had a misdiagnosed ectopic pregnancy earlier this year. My stomach filled up with blood, and I almost died. I lost parts of my body I had never given much thought to, and never knew I could miss quite so much.

My formerly treated insomnia returned like a freight train.

I spent last week moving the contents of a four-bedroom-house 400 miles, dragging a trailer full of plants behind my Toyota while my dog sat comatose in my lap and my cats yowled in their carriers, hating me.

I am divorcing my husband.

I am in a new house, in a new neighborhood.

I miss my friends.

So when I thought about standing in front of a group of women and talking about what a success I am, I knew I couldn’t do it, but I said yes anyway. I put off writing my talk as long as I could. And then, a few days ago, I was laying on the floor in my furniture-less house, drinking tap water out of an empty CVS earplug container and wondering how in god’s name I ended up here, and I reached for my computer and wrote the words you’re reading.

Over the summer, my life as I’ve known it for over a decade fell to pieces. But it’s autumn now. And here is what has happened in the weeks since the days started to grow shorter.

I started a new business. I got first one client, and then another. Then more.

I got an email from a brand wanting to collaborate with RG; not because my manager had found them, but because they’d found me. Then another email. Then more.

I met new people; people who’ve reminded me what it feels like to be really, really happy.

I remembered that I’m good at what I do. Maybe even great.

I remembered that luck is nice, but luck is also what you make of it.

So here is my truth, right this very moment: I am a writer. I am a hustler. I am an ex-wife who tried, and tried, until she couldn’t try any more. I am a very good mother, if not a perfect one. I am smart, and weird, and creative. And I will make this new life of mine work, because I have to. Things will go wrong, and mistakes will be made, and even so I will be born again, and again, and again: because I want to be, because I have to be, and mostly because I can.