The Ones Who Catch You 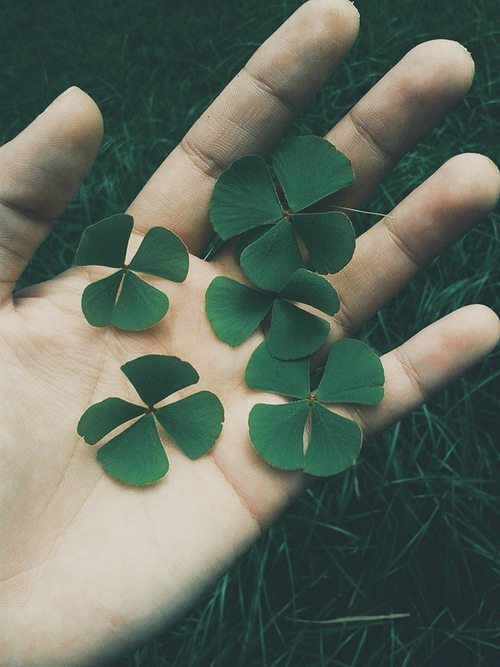 A few years ago – shortly before my daughter was born – a friend of mine told me that she had cancer.

When I say “a friend of mine,” I mean someone I cared about; someone I had special, beautiful memories with. Someone who I thought was smart, and interesting. Someone who’d just had a baby a couple of months earlier, making her diagnosis worse than the worst thing imaginable.

But by then, we weren’t especially tied into each others’ lives. In the old days we’d mostly been casual, going-out-type friends, and in the years since we’d grown up and out of bars and parties and late nights in the company of dartboards, and we’d emailed only occasionally. When the dust settled it turned out we didn’t really have much in common at all, and we lost touch. I didn’t even know what she did for a living, or her partner’s name.

And then she got cancer. We emailed about it a bit. I didn’t know what to say. I wondered whether I should offer to come watch her daughter, or drive her to her appointments. I wondered whether it was my responsibility to be that person who showed up for her, because I knew so many people wouldn’t be; that’s just how it goes when someone gets sick.

But – shamefully, maybe; selfishly, definitely – I didn’t want to be that person. And so I wasn’t. A few months later I moved to California, and life went on, as it does. We didn’t email again.

Awhile after we moved I saw that she’d put up a post on Facebook, about how you learn who your real friends are once you get cancer. I told myself the post wasn’t about me – we’d never been that close…right? – and I’m fairly certain it wasn’t. But it could have been.

When push came to shove, I didn’t show up.

A little over a week ago I asked Kendrick – the father of my children, my partner for more than a decade, and a person who I love impossibly – for a separation. The days since have been the worst of my life. And yet they’ve also unearthed something I never expected; a discovery so beautiful it’s shocked me to my core:

I am so lucky.

I almost can’t believe it. Me, who always felt strange and awkward and like I had to fake it – all of it – to make a person like me: it turns out I can be the saddest, most vulnerable and uncomfortable version of myself, and there are people who are there anyway. In my twenties, I did drugs to make myself “fun” in the way I thought people wanted me to be. I never believed that someone could love me if I wasn’t offering them something concrete – a companion for a crazy night out, a tab that’s on me, a beautiful house to hang at. I always wanted to hand over a sort of goody bag that people could take home as a reward for having lent me their time.

And then I told my husband I needed a break, and now we’re on one, and life as I know it has collapsed. I’m not going to talk about the whys and hows, because I have nothing bad to say and wouldn’t say it even if I did – but love is not our problem. We’ve been stuck for years, tumbling around and around in each other’s anger and resentment and fear and never really breaking through, or at least not for long…and it felt like the only option left was to create a space in which we could clean up our grownup messes without making our kids a part of them.

I have a propensity for melodrama, so let me try not to overstate how I’m doing. In front of my children, I am a circus clown: cheery, full of ideas for craft projects and sparkly objects we can retrieve from the deep end of the pool. And then they cross the street to their friends’ house for a playdate, and I do yet another Google search for rental apartments I might be able to afford, but probably can’t. I think about my husband. I miss him. Then I curl into a ball, my forehead on the kitchen floor, and I scream like someone is trying to tear out my insides.

Right now every single part of my life is a moving piece, and I am not someone who especially loves walking forward into the dark.

I’ve been making this joke lately – the kind of joke that isn’t a joke at all, and definitely won’t make anyone laugh. “How’s it going?,” someone will ask me.

And I’ll respond, “The world is broken and cold. But I’m great!”

And then I will get in my car and check my phone, or return to my house and open my email. I will find missed calls from my mother, and my father. A text from Francesca: “I love you. That’s all.” An email from a friend who never stops checking in on me, even though I’m shitty at responding, and a group text from two women who’ve only been in my life for a couple of years, but who collectively decided to ignore me when I said “I’m fine! Really, I am!,” and came over the second their children fell asleep.

On Wednesday morning I got a text from my one of my oldest, dearest friends: one of my college roommates, Nes. Last week I gave her a brief update on my life, and the next day she booked a flight to San Jose. She was texting me to let me know that she’d landed, and was en route with coffee for us and pastries for the kids. Yesterday afternoon she made them macaroni and cheese and waffles, and told me to stop apologizing and go take a nap.

I’ve wanted friends forever. It took my life exploding for me to realize that they’ve been there all along.

Bad things happen. Careers collapse. People get sick. Relationships break. And then sometimes, when one of your nightmares come true, you wake up and discover that your people are there to catch you when you fall.