The Pool Of My Dreams 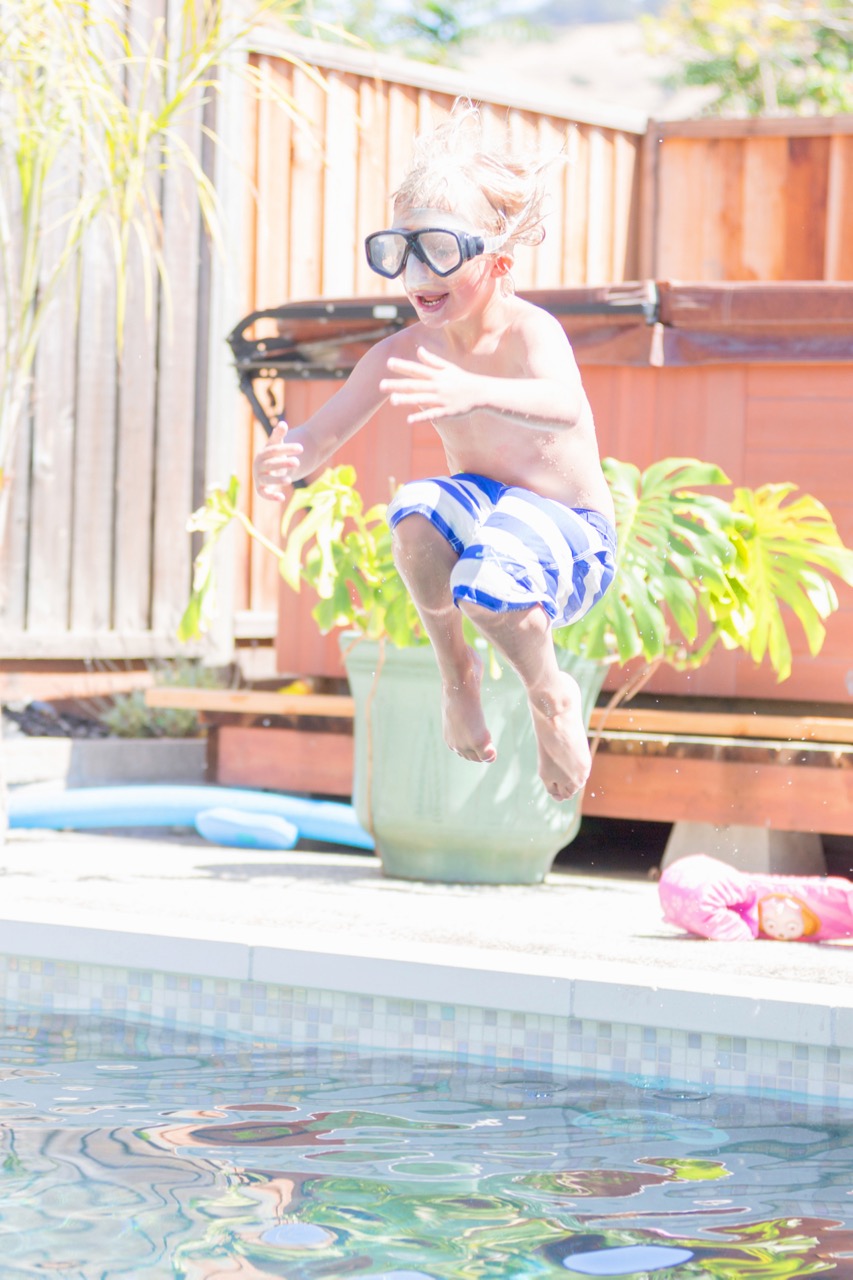 Everyone says having a pool is crazily expensive. I haven’t found it to be terrible so far – we have a reasonably priced pool guy, and the fact that we have solar offsets the cost of heating it a lot – but you know what happens when you have to repair your pool? Like, because the plaster, having reached its expiration date, starts cracking and flaking off?

You spend oh my god, so much money having it fixed.

When we applied for our home equity line of credit, a pool renovation was one of the main things we knew we were going to do (and yes, it spiraled off into more renovations, and then more) – but the thing about renovating a pool is that it’s such a major expense and such a pain, what with the draining and pouring of concrete and spraying of plaster and etc etc – that if you’re going to do it, you don’t want to do it more than once. Which means you should probably just do it right the first time.

So I thought, what the hell. I’ve always wanted a pool with a dark navy bottom. And once I went into the pool place they did what they do, and told me all about the amazing resurfacing material I could upgrade to (which lasts three times as long as regular plaster! and feels like sand on your feet! and can be combined with tumbled glass and tiny seashell-things so that the bottom of your pool actually sparkles in the sunlight!), and so I did that. And then they told me what a Baja Shelf is – essentially a shallow ledge in the pool upon which you can sit in your gorgeous lounge chair while holding your cocktail and dipping your toes into the water without actually *being* in the water – and so obviously we were going to have to do that, too. 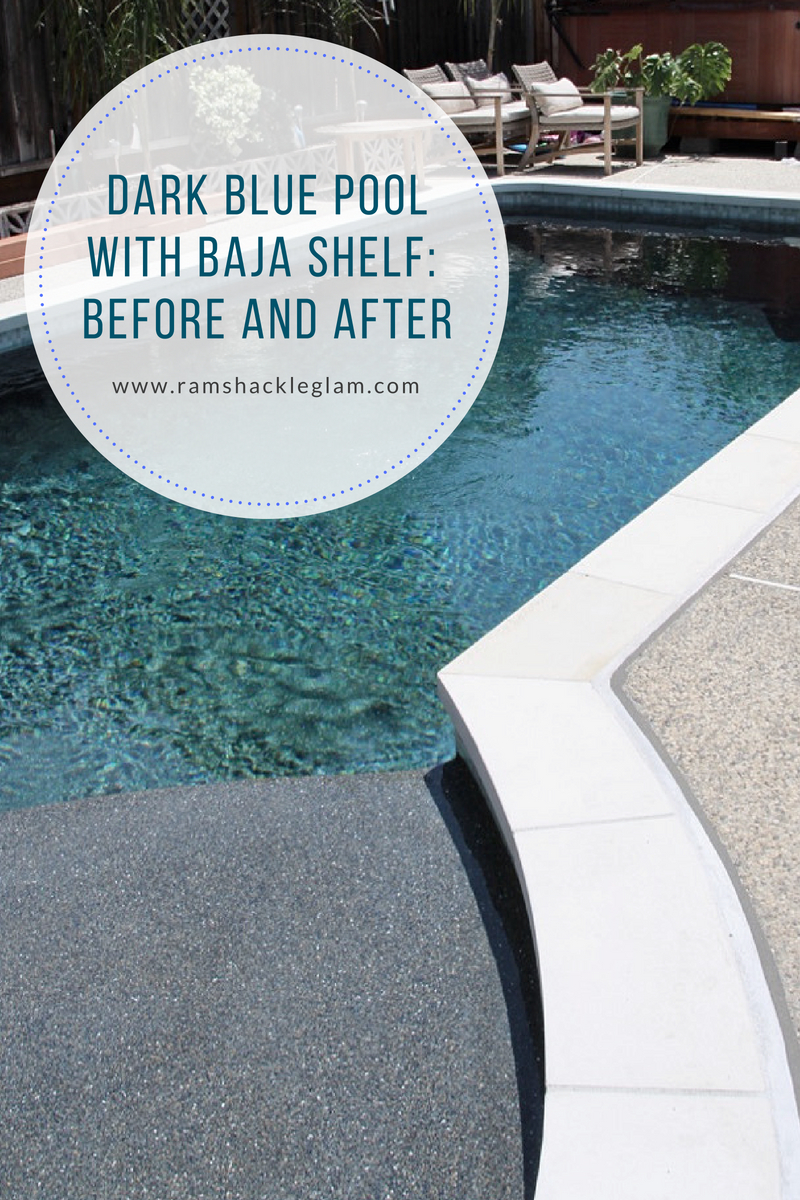 The pool is done. (Stay tuned on the gorgeous lounge chair situation I mentioned above, though – that’s yet to come, and it will involve a giveaway for you guys.)

Here’s a rundown of the changes we made to the pool itself:

The Baja Shelf has a hole in the center for an umbrella, so the finishing touch will be to install an umbrella and two Ledge Loungers, because omgggggg. 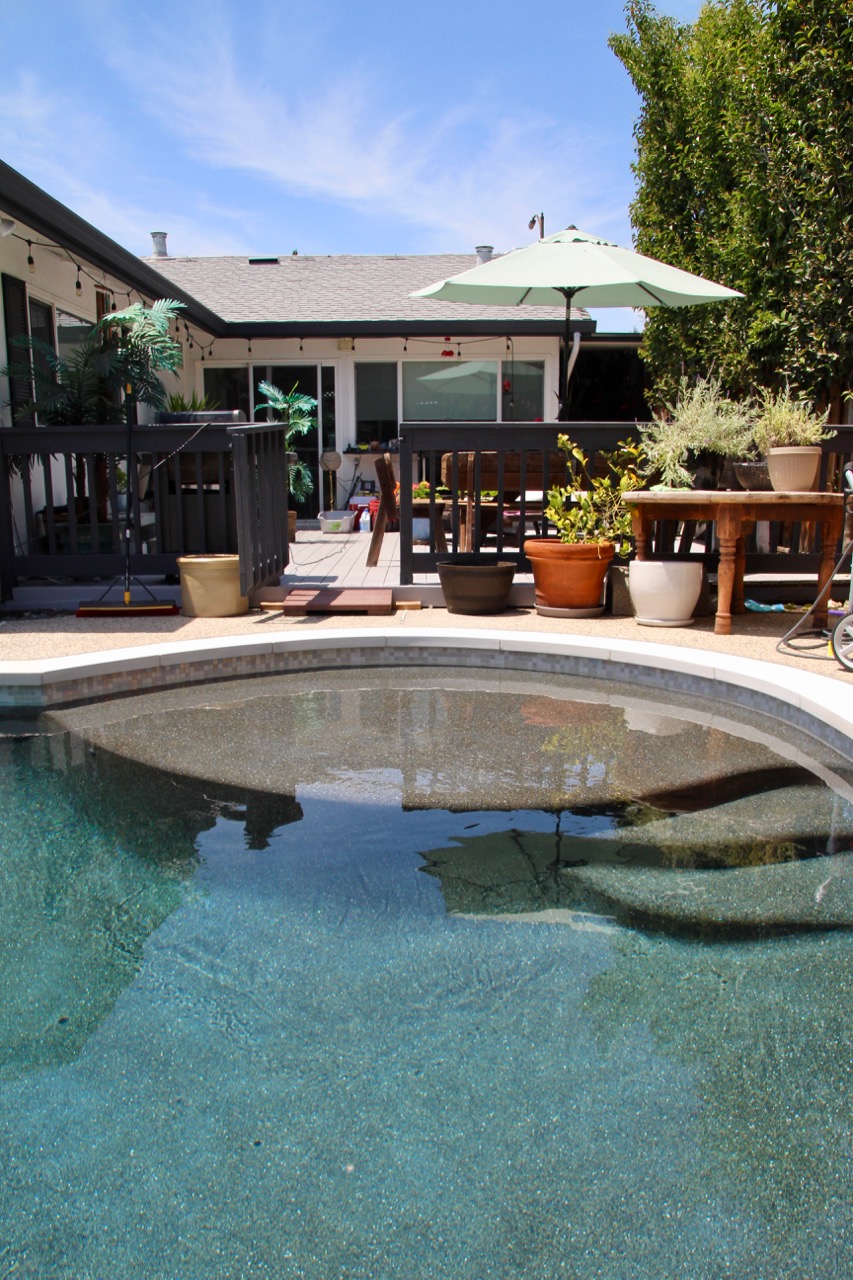 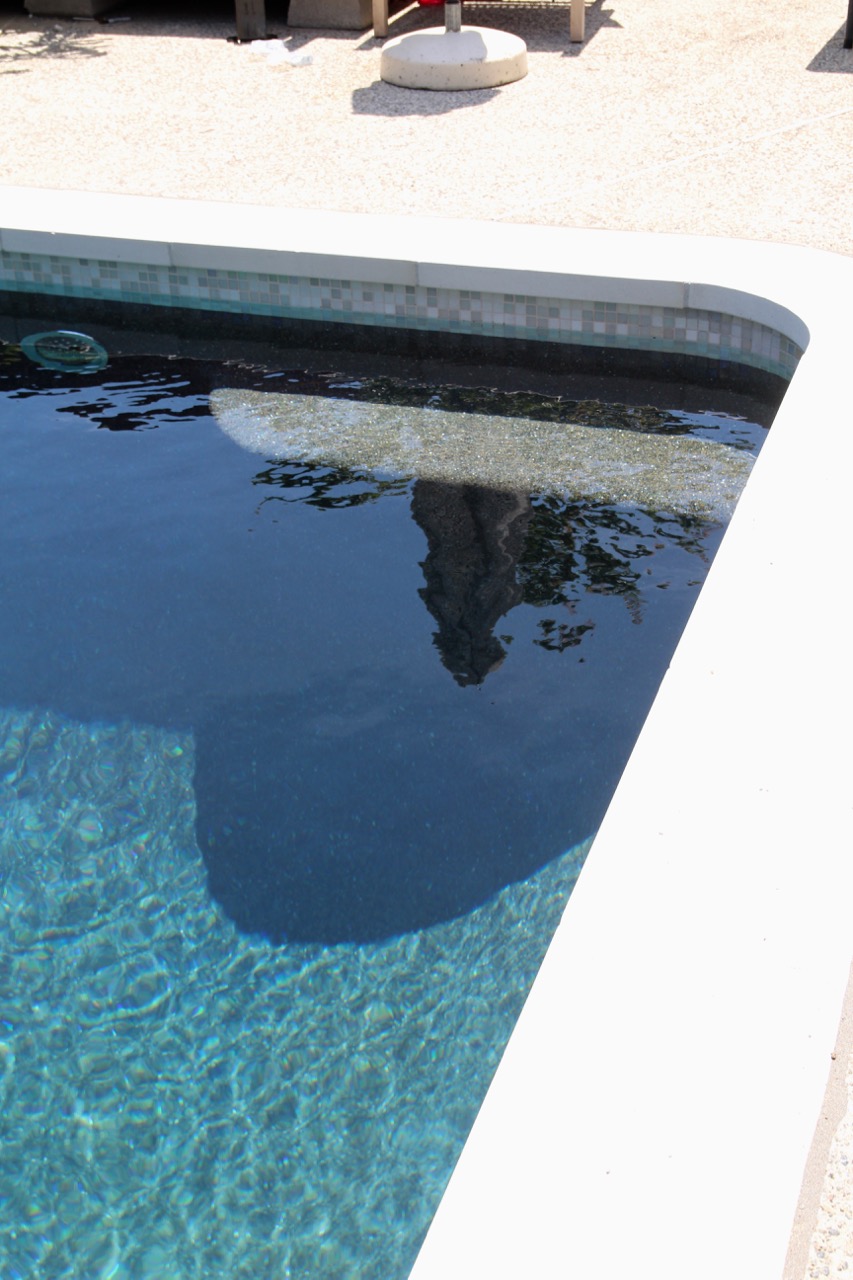 We also started incorporating the suggestions made by Inga Klingauf of SurroundYou Design (remember, my friend who made those insanely cool architectural renderings of our backyard redesign?). What we’ve done so far:

Lots of pics of the new pool area – plus some in-progress shots – below (and please forgive the ongoing presence of construction equipment – we’re still doing work, and I’ll post pretty *final* shots once it’s all decorated and such 🙂 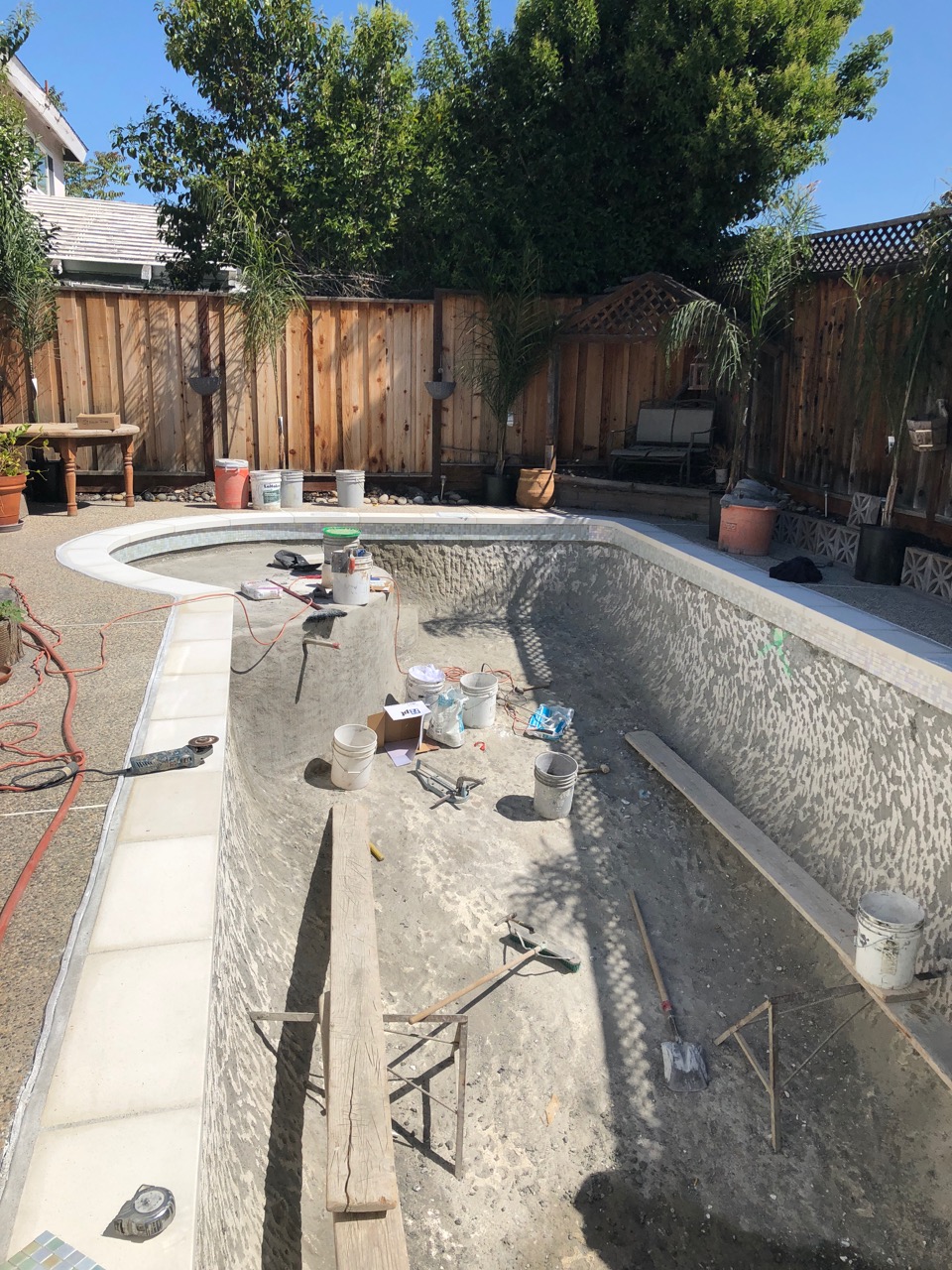 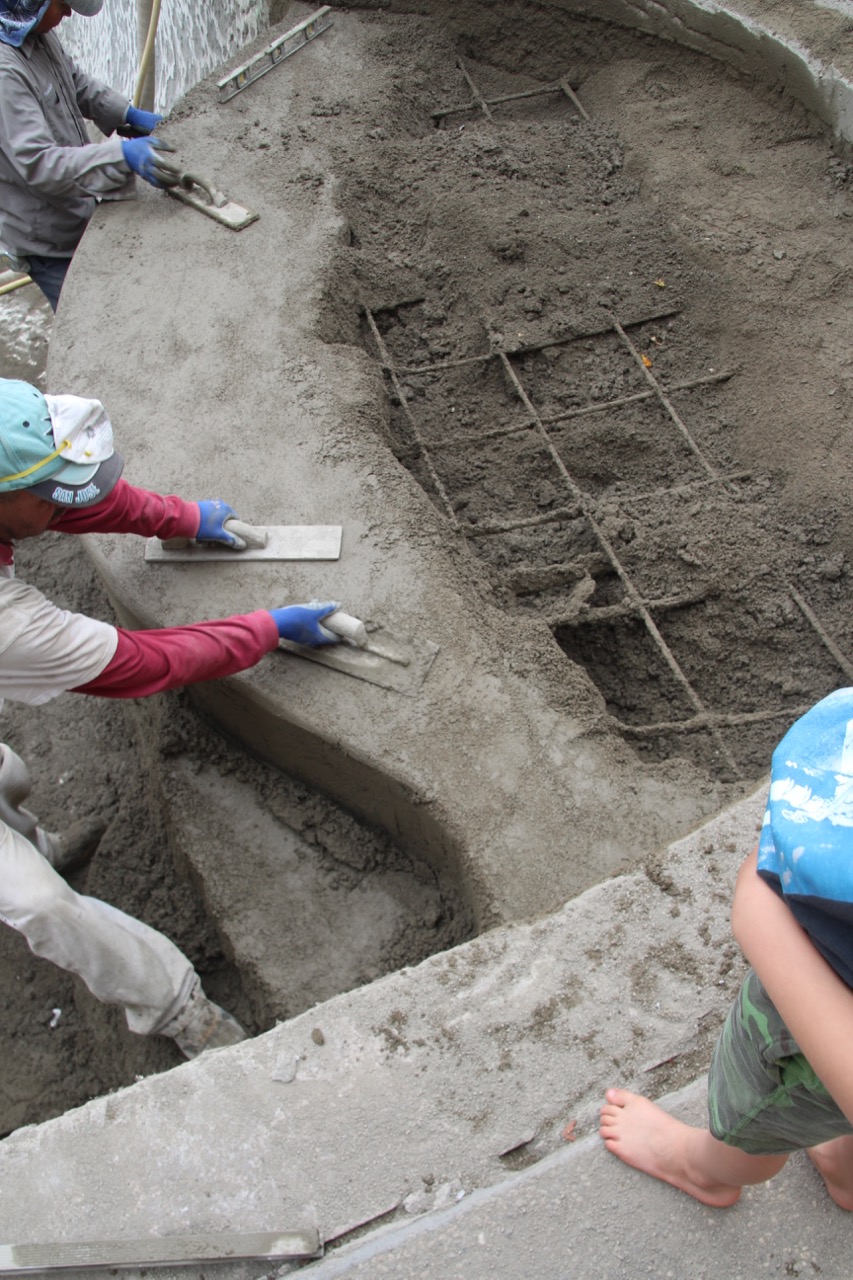 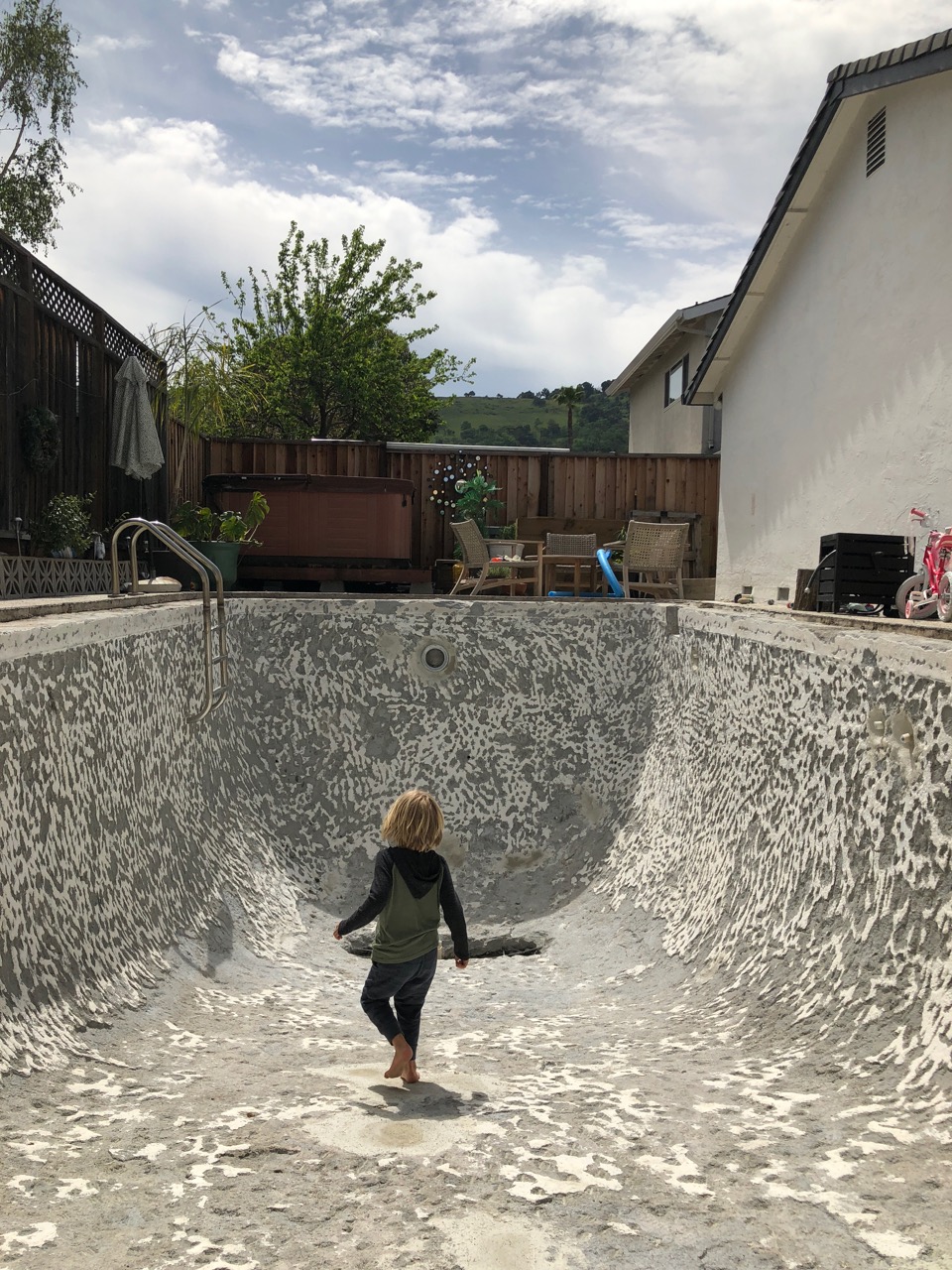 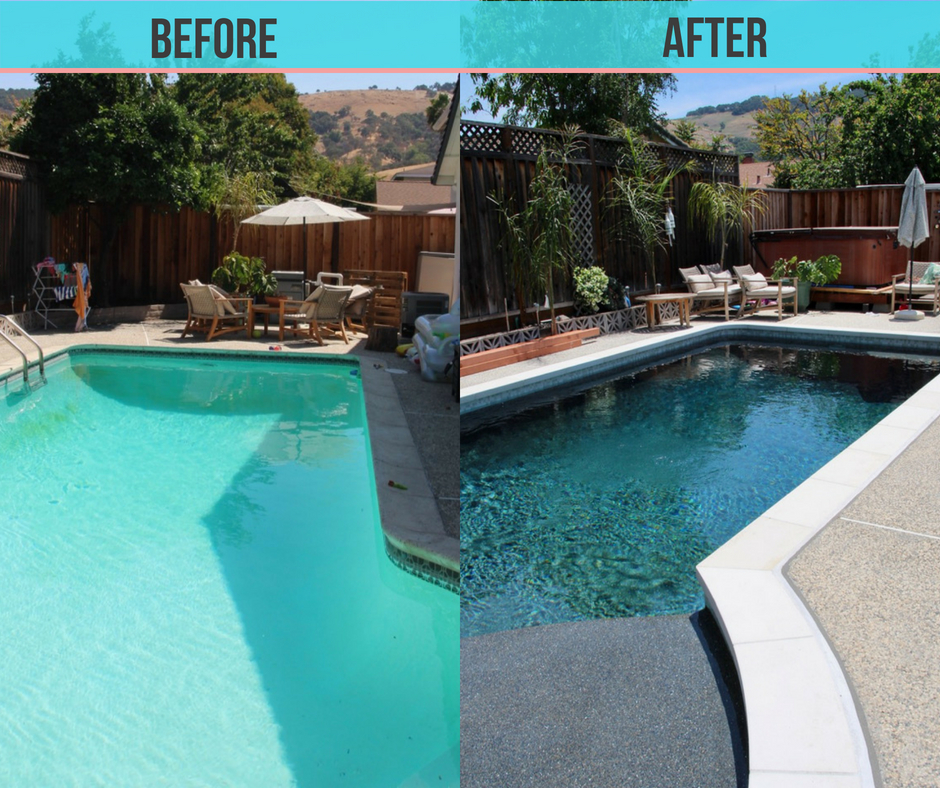 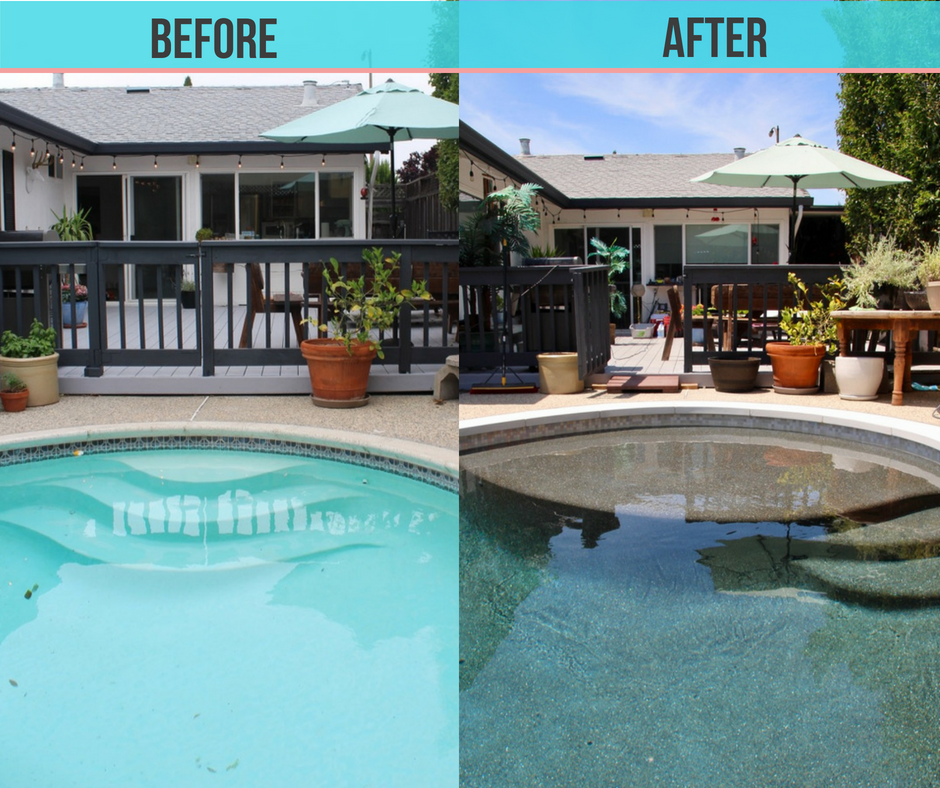 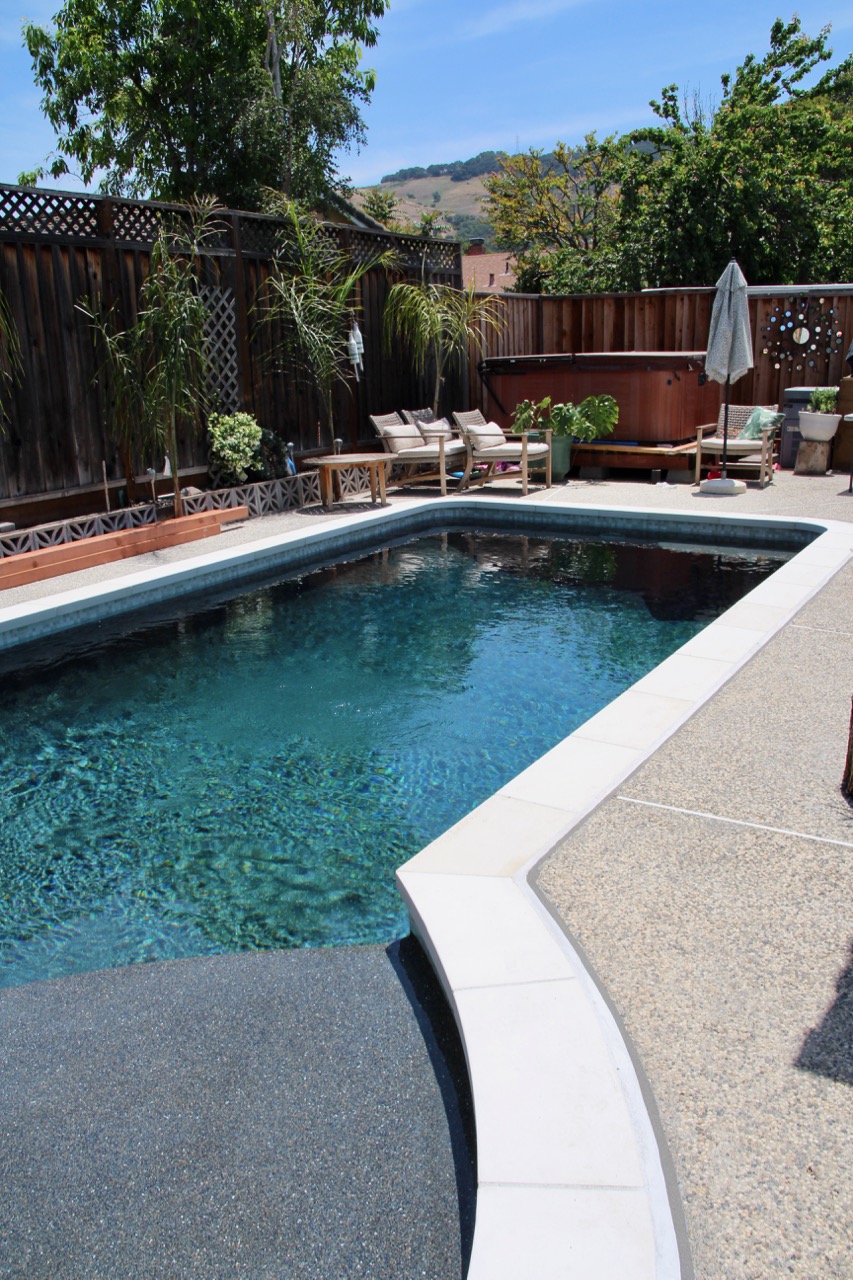 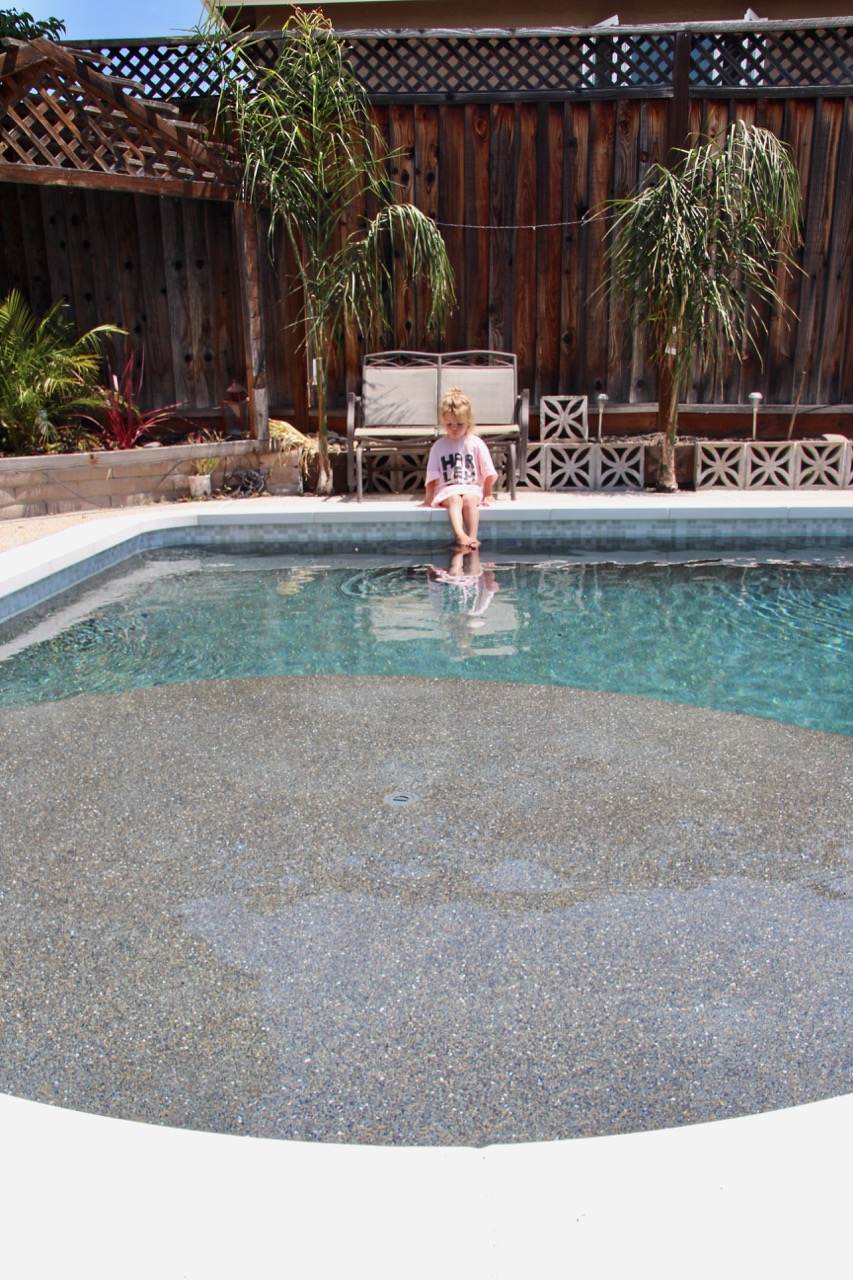 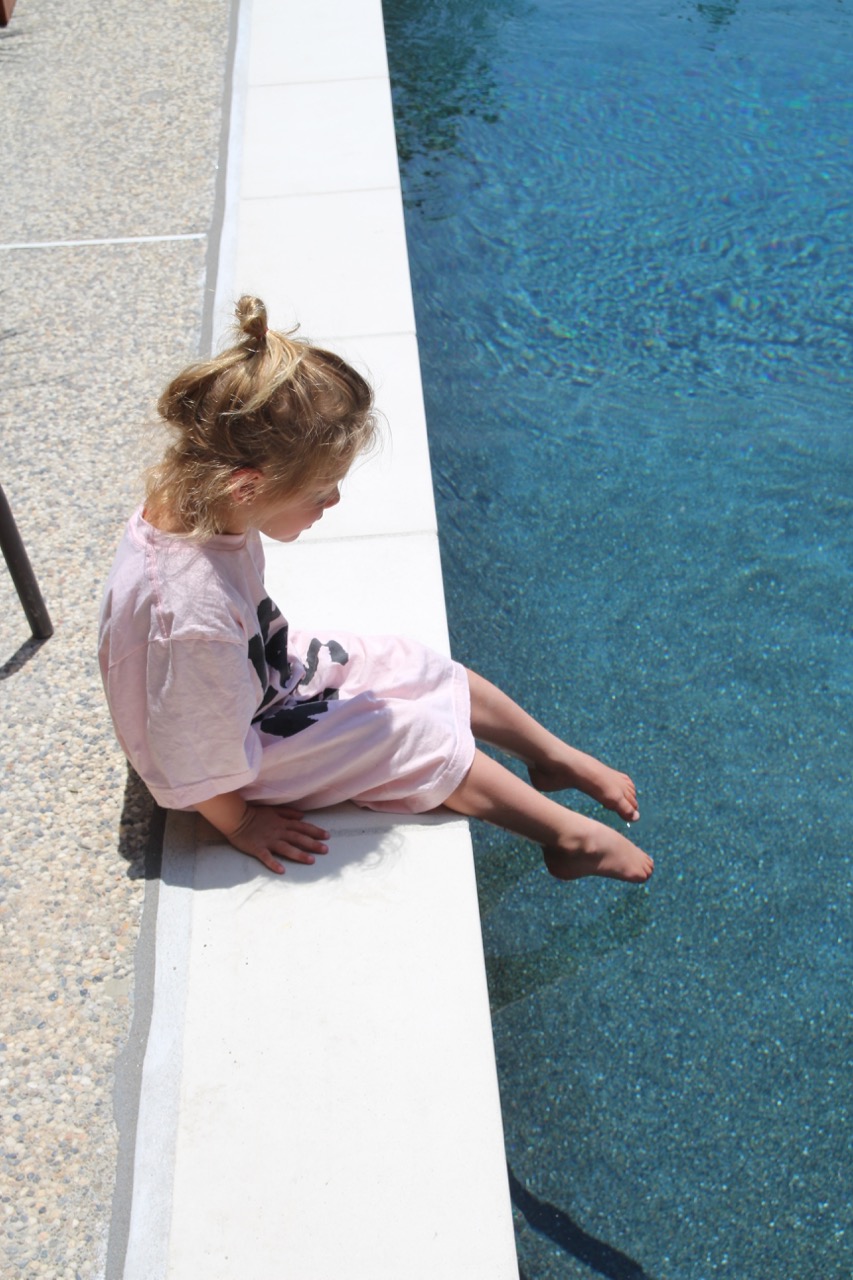 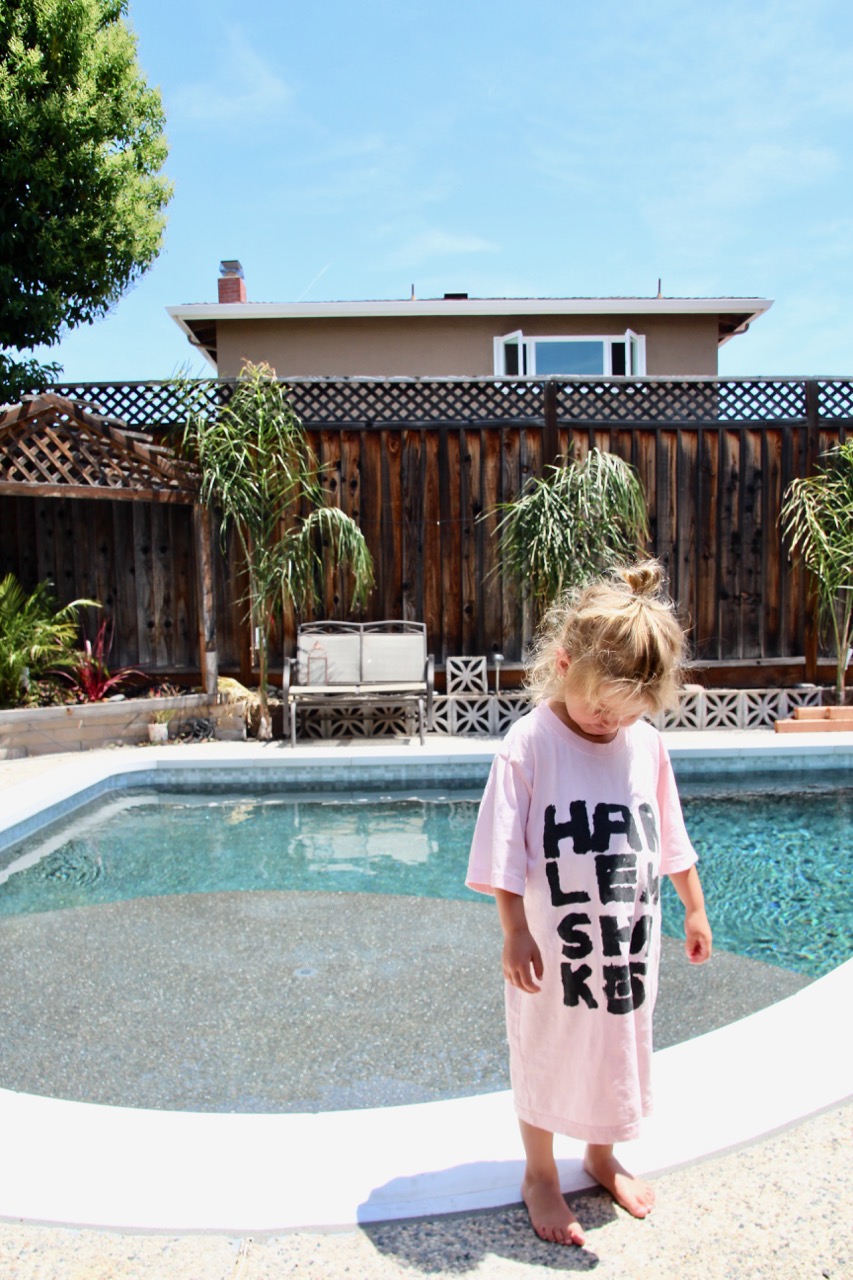 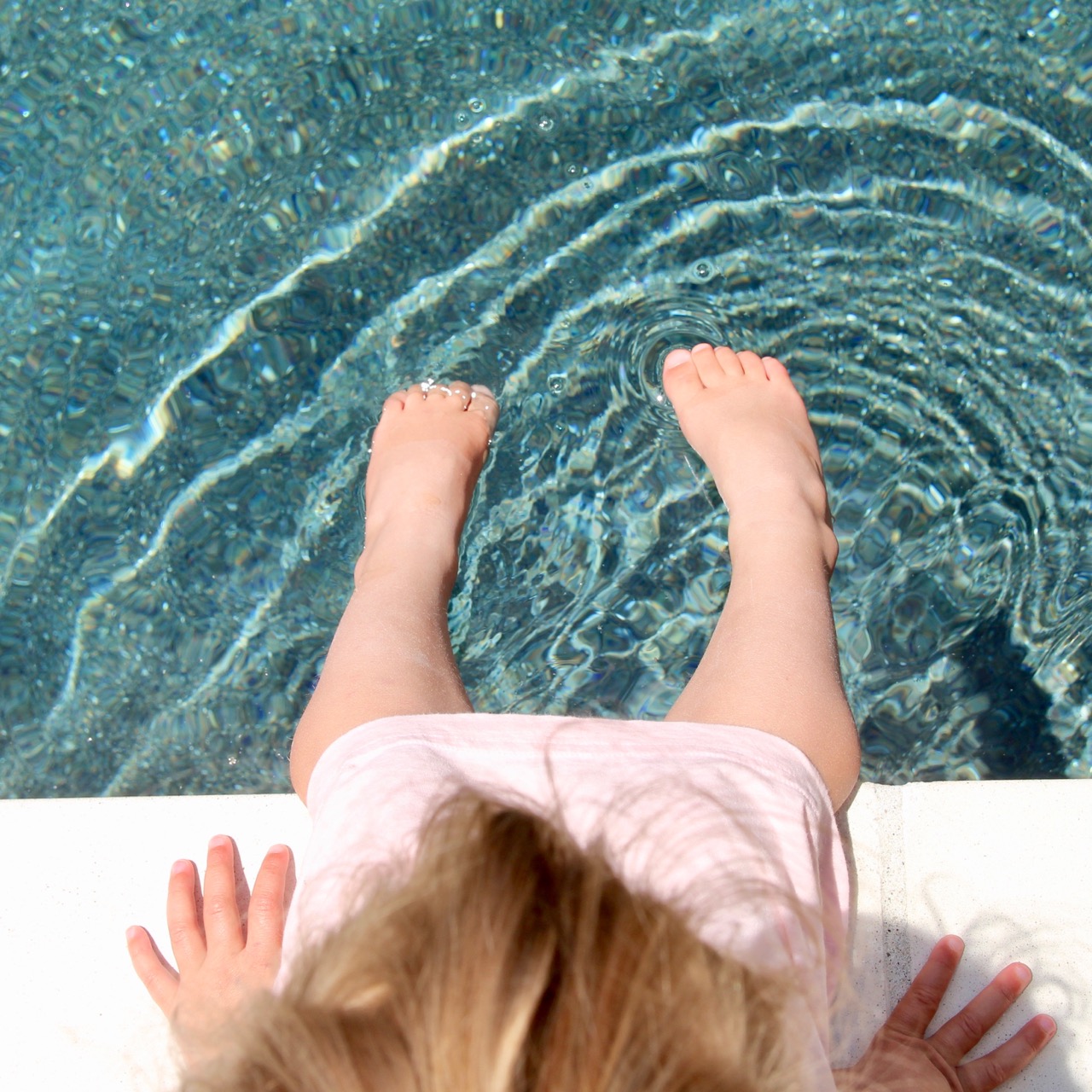