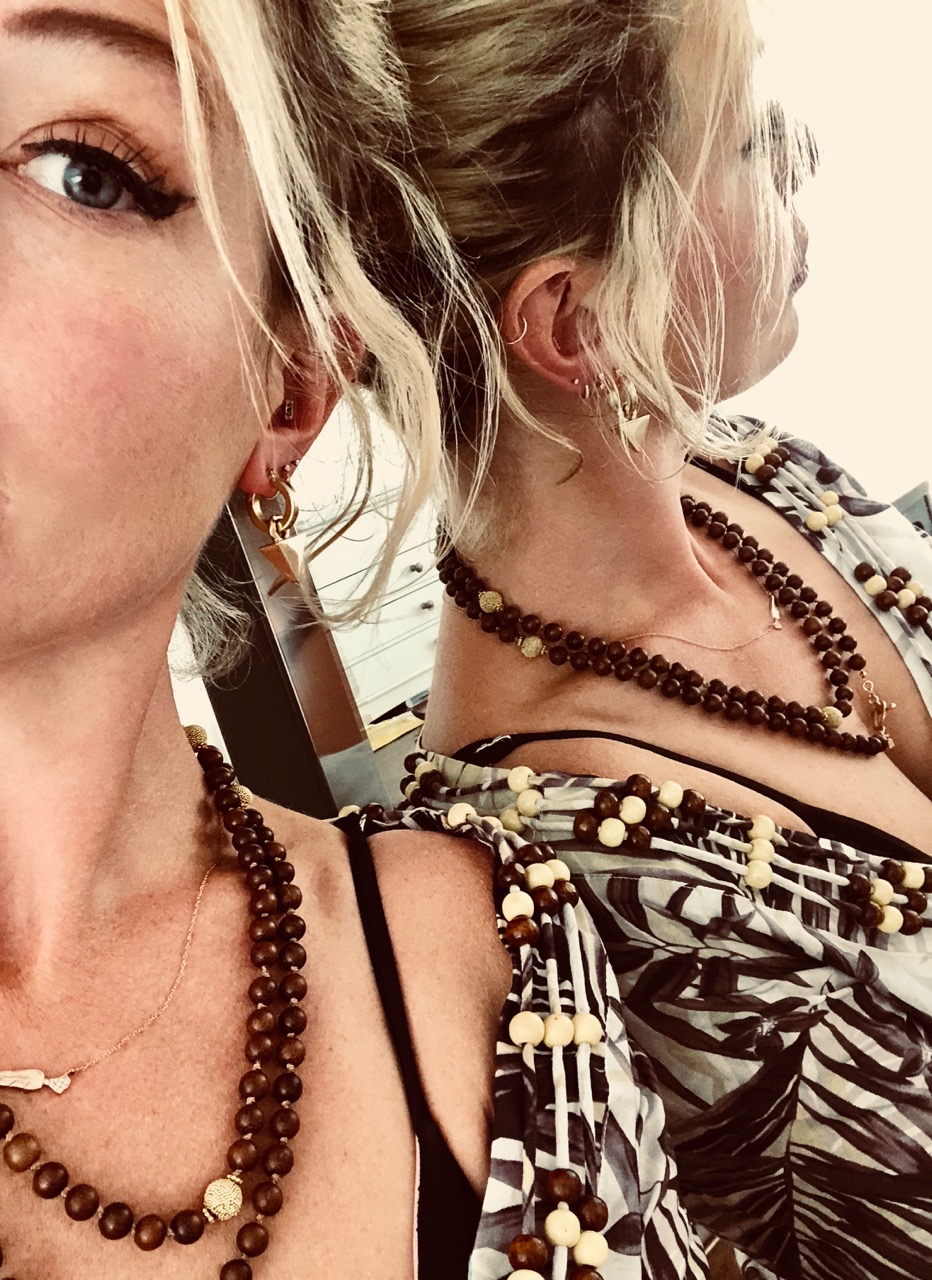 Currently wearing daily: my mom’s vintage 1980s gold earrings (these are similar but expensive, and these are similar and super-cheap) and Cristina V’s Balinese-inspired wood and gold beaded necklace, which can be doubled over, as shown, or worn super long.

I am already stressed out about how much TV my children are going to watch this summer, because Mom has to work and camp is only for three weeks and such is life. Which is to say: although these rules are actually quite excellent, there is no way I will be able to enforce them, and I already feel guilty about it. (5 Technology Rules I Enforce Every Summer to Make Sure My Kids Stay Outside, via PopSugar.)

Finally read Lena Dunham’s article on why she decided to have a hysterectomy at 31, and it is moving and important. We need to have more honest, open conversations like this about fertility and reproduction and the many, many roads women take when it comes to choosing whether or not (or how) to explore the idea of motherhood. (In Her Own Words: Lena Dunham, via Vogue.)

Just a refresher for the gentlemen out there: catcalls are not compliments. (The Weather is Getting Warmer: That’s Not An Excuse to Harass Someone on the Street, via The Lily.)

Yasmine Surovec’s cartoons about the reality of giving birth had me crying-laughing. (This Mom Illustrated Her Birth Story and How it Turned Out WAY Different Than She Anticipated, via Buzzfeed.)

There is a book called Baby’s First Eames, and it will take your infant on an alphabetical tour to learn all about the differences between Frank Lloyd Wright, Isamo Noguchi, and other stars of architecture and design. Crucial information, obviously. (But seriously, it’s so cute.)

Related: Here is a child-sized version of the classic Eames rocker (a knockoff, but still).

Nordstrom’s Half-Yearly sale (up to 40% off tons and tons of products) is in full swing, and it’s GOOD. If you’ve ever wanted one of those gold-and-diamond X rings or that $27 tunic I’m always going on and on about, now is the time to get one. More of my picks for women are below.

This is slightly old news by now, but if you haven’t read the Arrested Development interview in which the male stars literally double down on the problem they’re trying to hide – and I love me some Jason Bateman, but DUDE – this article explains what they said, and why it matters so much. (The Boys of Arrested Development, via Slate.)

On a personal note relevant to that Slate article: The old boys’ club mentality described in it – and the impact it has on their female colleagues – is exactly what I experienced with It’s Always Sunny. EXACTLY. To the point that reading the article gave me shivers. It’s an interesting exercise to imagine how what happened to me would play out in today’s environment, and how the men involved would respond to being challenged about their actions. I have a feeling they’d sound exactly like Jason Bateman.

Tears. (This Dad Took His Late Son’s Girlfriend to Prom, via PopSugar.)

At this point, honestly, living in a hole in Mars sounds like a solid option. (Why Live on Earth When You Can Live in a Hole on Mars? No, Really. via Furutism.)

Hat Attack recently came out with a Mommy and Me collection, and it’s adorable (my favorite design is this black-and-white banded style).

J.Crew factory is having a huuuuuge sale: 50% off of everything, plus an extra 50% off of clearance items with code WINWIN. My picks from clearance: New Balance x J.Crew zip-front sports bra; raw-edge grosgrain sandals in black and red; suuuper-simple white linen cami dress. 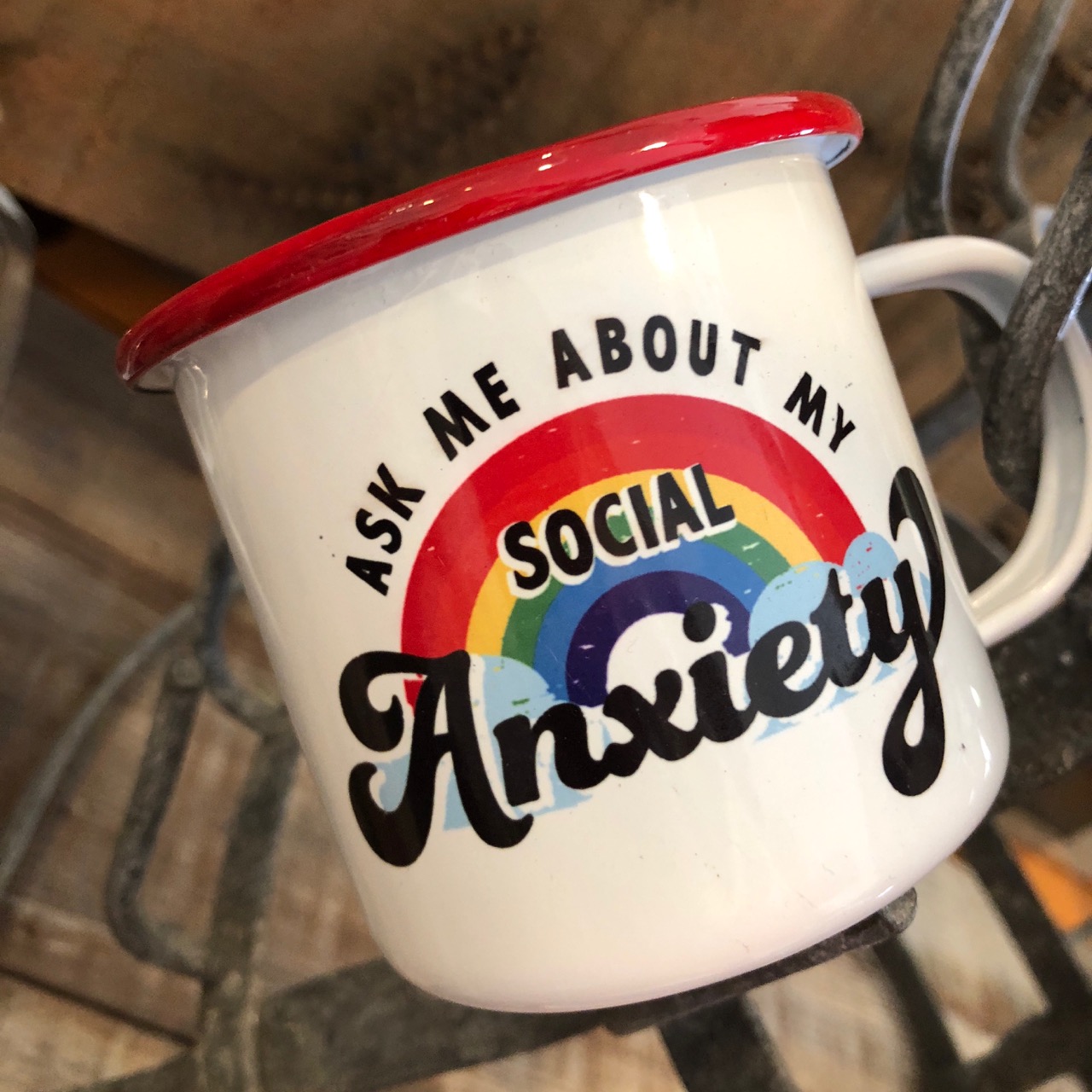 As you can tell from the engagement ring I designed awhile back, I’m really into black stones in rings these days. This stacking ring by Fancy Boheme features an upside-down black stone, and is simple and perfect and beautifully priced.

Target sells the BEST bikinis – two years after I first purchased my Xhilaration color block suit, I’m still wearing it more than any other bathing suit I own. This coming summer, this is the one I’ll be adding to my collection.

Just in time for beach season, hooray. (22 New Books to Read this Summer, via Time.)

This is an issue that has vexed both of the men in our household for years. I enjoy that the answer is, in part, “maybe she just enjoys the taste of man-flesh. Good luck!” (My Nail-Biting Kid Won’t Get Her Fingers Out of Her Mouth, via Slate.)

I tend not to be into uber-feminine perfumes, but I tried Library of Flowers’ Willow & Water the other day, and it’s so pretty: the top note is cut greens, so there’s a hint of sweetness and florals there, but it’s still very fresh and light and perfect for summer. (And the packaging is gorgeous.) 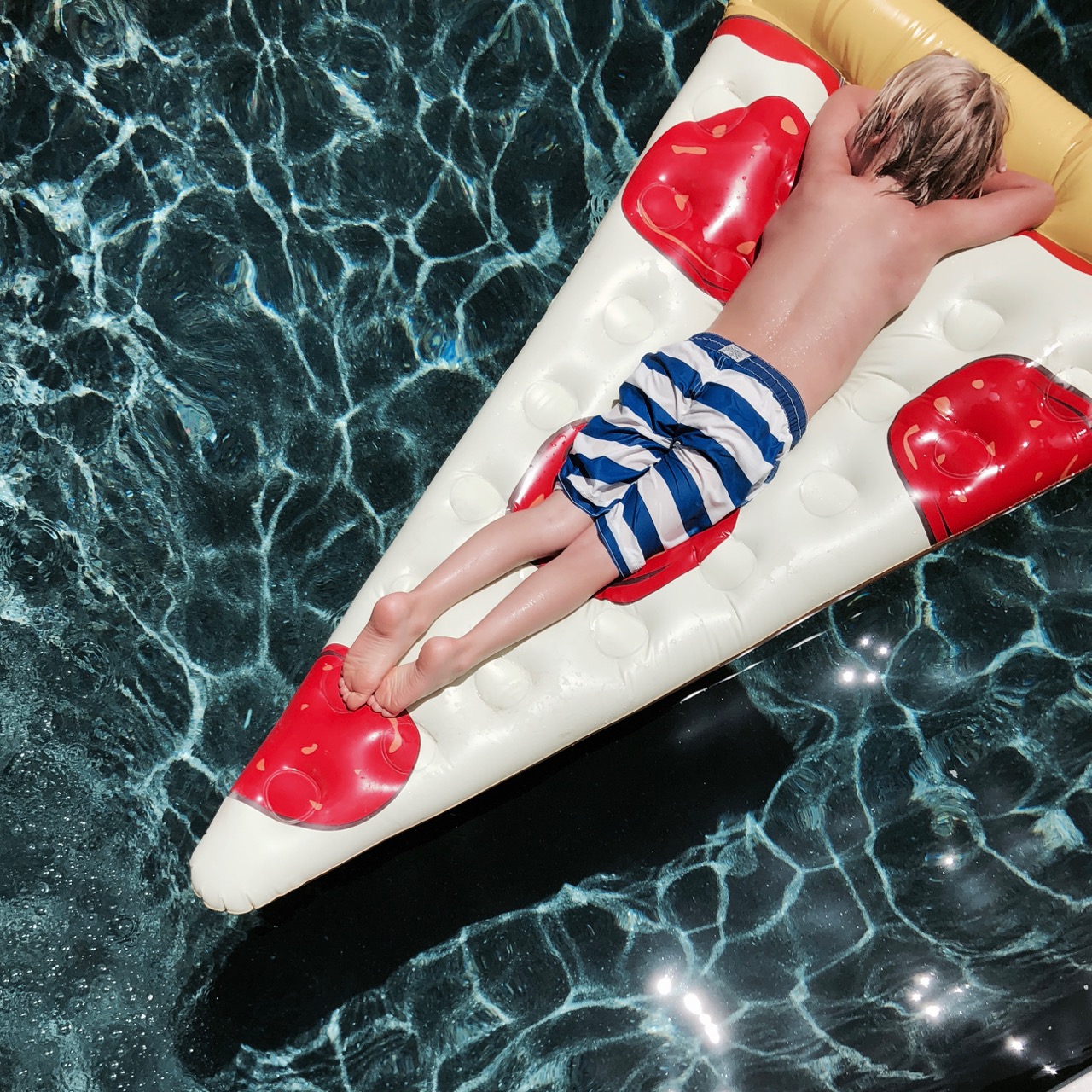 My answer to this question is yes, obviously: girls until they’re four-ish, and boys forever and ever, because there’s no way to stop them. But apparently not everyone feels the same way…? (May My Child Pee in the Park? via Slate.)

We’re starting to deal with bullying (already!), and this article offers an interesting perspective from a former self-proclaimed “mean girl.” (I Was That Mean Girl in Middle School, And I Finally Got the Chance to Apologize, 20 Years Later, via Babble.)

If you feel like having your mind explode a little bit this morning, here you go. (Is the Universe Infinite? via Quora.)

Oh jeez. (What Not To Do if You’re Parking a Porsche, via CNN.)