The One I Can’t Forgive 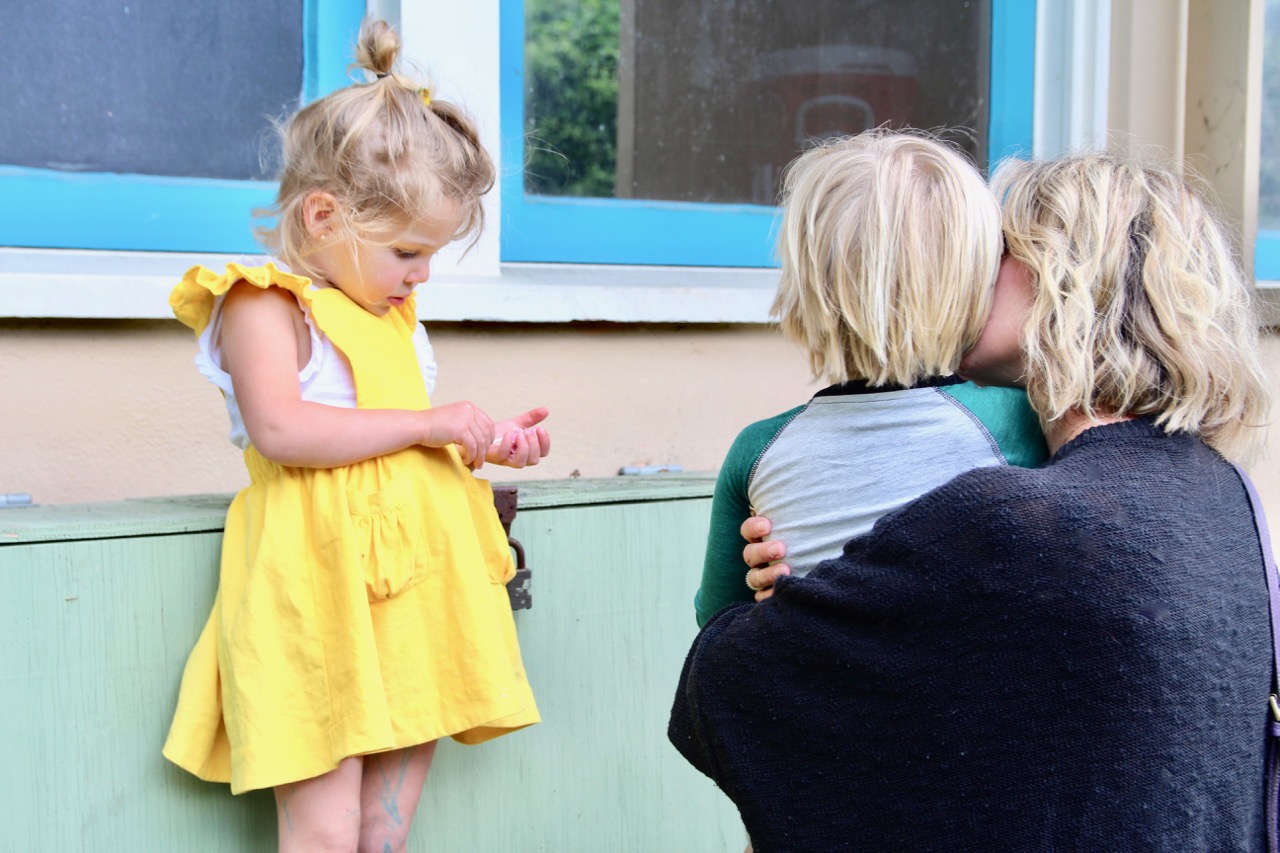 I’ve made a lot of mistakes as a parent. I’ve written about most of them here – they range from tragicomic incidents like accidentally bringing my four-year-old to a verrrrrry adult haunted house and getting my entire family into a The Hills Are Alive situation, to having my head elsewhere when they need it to be right there with them.

Listening. I am so bad at listening.

I’ve also written over and over about the importance of forgiving yourself. About the fact that we are, all of us, flawed – and yet all of us are, of course, doing the best that we can. We love our children impossibly, and yet we make mistakes – sometimes the same ones, over and over and over. I know that dwelling on these mistakes helps no one. I know that you learn from them; you move on; you try to do better the next time.

But the mistake that I made on Friday is one I can’t seem to forgive myself for, no matter how hard I try (and I have been trying).

I can’t actually talk about this without crying, so bear with me if I ramble. I’ve said this before: I don’t usually write about things until I’ve resolved them in my own head, and this is something I haven’t even been able to talk to my own mother about, because it makes me feel so sad. I’m only writing about it here because I’m so, so angry at myself, and I know lots of you are mothers, too, and…I don’t know, I’m hoping someone might say something that hasn’t occurred to me yet. Or maybe just have a story that’ll make me feel less alone.

What happened was that I forgot to go to my son’s Mother’s Day Tea at his kindergarten.

I know that doesn’t sound like the biggest deal in the world, but my heart aches – it actually hurts – when I picture what he looked like standing there alone, excited to serve me iced tea and cookies and give me the presents he made for me, except I wasn’t there. Not because of an emergency, or something understandable. Because I just forgot. 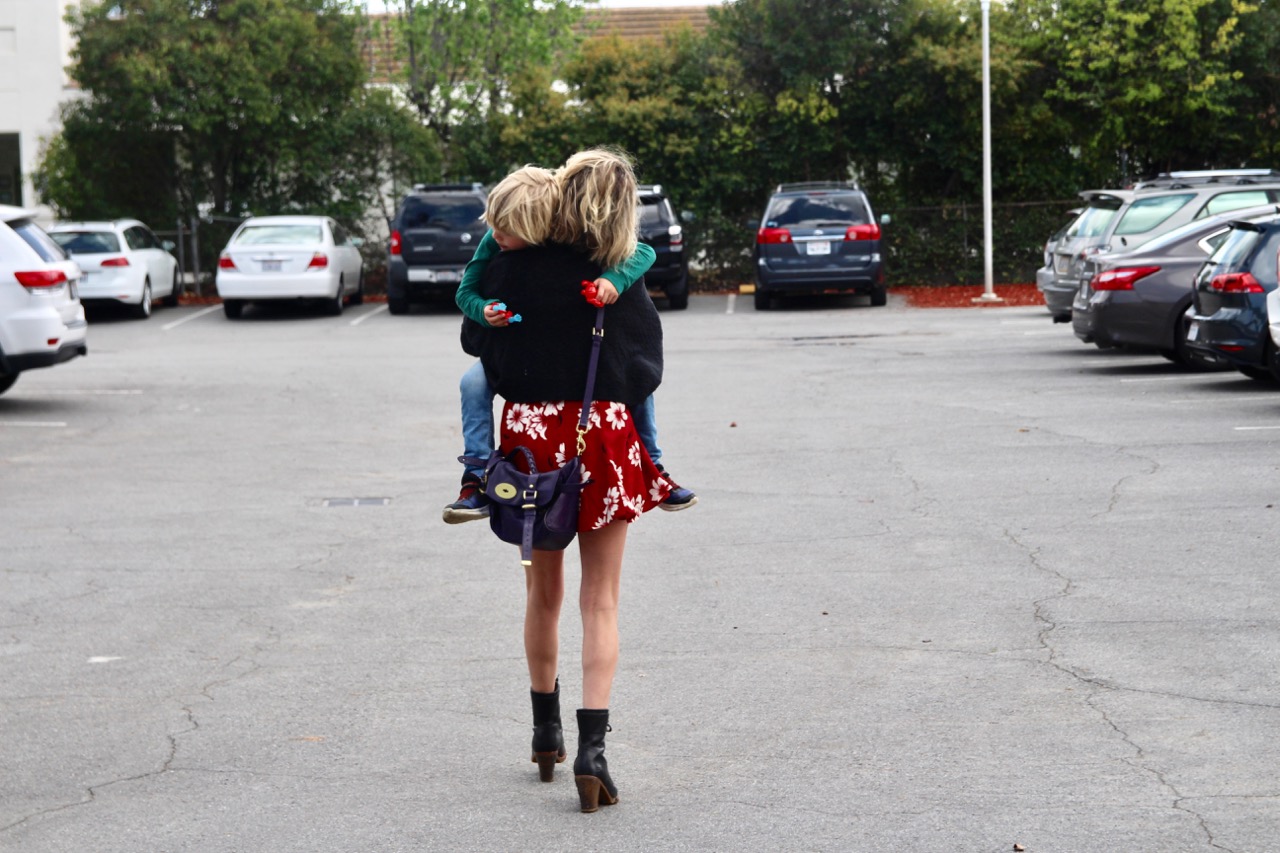 The Mother’s Day Tea was supposed to be the Friday before last, but it had to be postponed because the teacher had a personal issue, so when the rescheduled date rolled around I wasn’t thinking about Mother’s Day; I was running errands and answering emails and trying to come up with a new book idea, and at 2PM I walked over with my daughter to go get him, just like usual. But when I got there, the waiting area was empty, which was weird. None of the other parents were there waiting for their kids. And then the classroom door opened and all the mothers came streaming out holding pink laminated cards, but I still couldn’t figure out what was going on – I’d forgotten that much – until I saw his teacher frantically waving at me.

She had her hand on my son’s shoulder, and when he saw me his face crumpled up, and I remembered.

I clapped my hands over my mouth, and the tears fell out. I ran and wrapped him up in a hug –  I’m so sorry, I’m so, so sorry. I went into the classroom, where I saw the placemat he’d laid out for me, and the tea and the cookies and the presents, sitting there alone on a big, empty table, because only his mother hadn’t been there to pick them up. (And lest you think other mothers must have forgotten, they did not: the teacher made a big deal of saying that if a mother couldn’t be there to please send another female relative or caregiver, because she didn’t want exactly what happened to happen.)

Instead of handling the situation in whatever positive, thoughtful way I probably should have handled it, I cried, too. And that’s another thing: I couldn’t even hold it together and figure out the best way to prioritize his feelings. I sat down with him and put my arms around him, and I told him I’m sorry, I’m so sorry, over and over. I told him that I simply forgot. I tried to explain that forgetting didn’t mean I forgot about him…but come on, I did, and he knows that.

I am so distracted, all of the time. I am so sorry. I’m sorry that it’s been worse since his sister arrived. I’m sorry that it’s worse because I chose a career that bleeds into my life in strange ways and leaves me incapable of shutting off. I’m sorry I don’t shut off anyway, because I know better, but all that knowing doesn’t seem to make a difference.

So yeah, I did all the “right” things after that – I made a big deal of having our little tea party right there in the classroom, just us, and made sure to spend special time together that afternoon. I sat with him on the couch and played Angry Birds on my phone with him and explained why parents can sometimes be forgetful – work, responsibilities, etc – and by the time he went to sleep he was positively glowing at the special day the two of us had had. He told me he forgave me, and that I’d made it up to him. He told me he loved me.

The lesson here is clear: Own up to your mistakes, apologize for them, make it better in the ways that you can, and forgive yourself for the rest. But for the past three nights I’ve shot awake in the middle of the night picturing his face, searching for me in the crowd of mothers, singing the songs he’d practiced for someone who wasn’t there, and it has broken my heart. I am so grateful to him for forgiving me, but I cannot forgive myself. It’s a small thing, but…it’s not.

It’s just that I love him so much, and I can think of few things worse than making him feel forgotten. I wish I had some words of wisdom, but in this situation I feel like I might need yours.