The Mom Who Just “Up And Leaves” 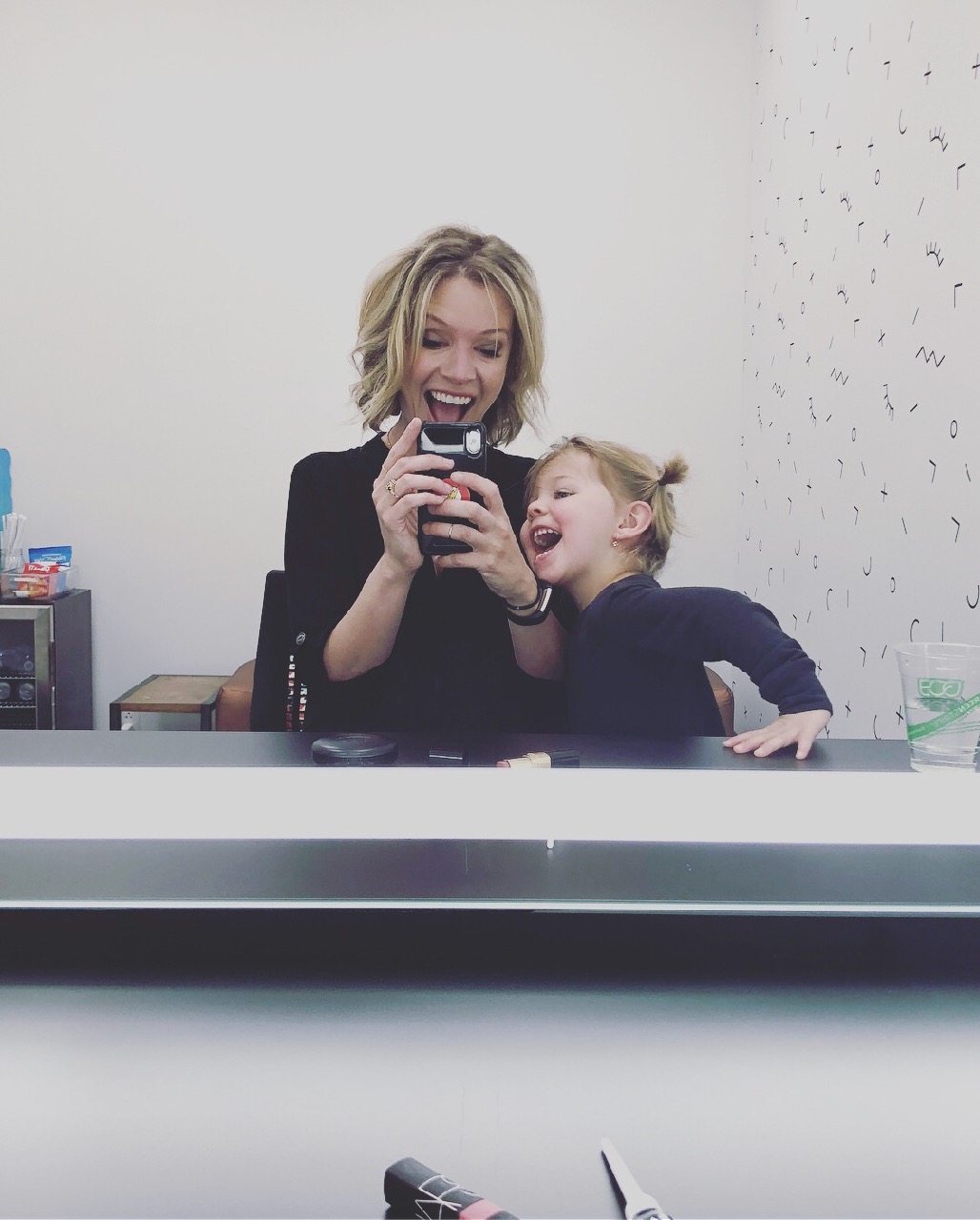 Witness the work-from-home mother in the wild.

She parents! And makes a living! AT THE SAME TIME.

Alriiiiight, it happened. A troll made me mad. I know I said a few weeks ago that troll comments rarely get to me anymore – and really only do when they feel like they contain a little nugget of truth – but the other day someone asked who was watching my kids while I was in New York City shooting a pilot for a show, and I got all riled up.

(I included Beffgus’ response because I liked it. And also because please, obviously I asked Roxie and Wesley to watch them. Roxie and Wesley are my parents’ cats, but they’re very responsible cats.)

The comment didn’t make me angry because of the “nugget of truth” thing, like oh jeez, maybe I am neglecting my children while I attend to my career. It made me angry because for six years now I’ve tried to do everything, all at the same time, which means I’ve spent six years feeling like I’m not doing any of it (parenting, working, being an interesting/loving/sexy partner, keeping my house in a normal state, et cetera) as well as I wish I were. Except if I take a second to get out of my own head and look at the situation objectively, the reality is that I – like so many other mothers out there – am, on any given day, doing the work of three normal human beings. Like a goddamn superhero.

It made me angry because I had just been discussing the delegitimization of work-from-home mothers with a colleague who has three kids and a company that she runs from her dining room table. Each morning she sweeps crumbs off of her keyboard and pushes aside sippy cups to make room for expense spreadsheets and sketchpads and fabric swatches, and then each afternoon she packs away all the evidence of her professional life, her office space disappearing as if it had never even existed at all. She fits everything from her schedule to her workspace around her family like bubble wrap, making sure to keep what’s really important safe while her own dreams make do with whatever room is left.

It made me angry because this particular comment came while I was on a business trip with my children, which is not exactly a normal thing to do (and sorry to have to pull the gender card here, but please try to picture a man doing this and having it not end in utter disaster), but it had to happen because they’re on Spring Break and I couldn’t find sufficient childcare, and I figured whatever, I’ll make it work. So at the precise time that this comment popped up on my dashboard I was actually, physically, simultaneously working and parenting all day, every day before stuffing myself into my childhood twin bed with two jet lagged children who thought midnight was a solid time to go to sleep, and then waking up at 5:30am to make my way to set, and pecking out posts and returning emails and such during every break I got. And it was hard and a little miserable, but also cool because my kids got to see that I do something besides sit at a computer all day, and mostly it was awesome because I did it.

It made me angry because no one has ever asked Kendrick “Who’s watching the kids?” when he goes on a business trip. Or ever.

Read: A letter to my worst critic.

Every mother – stay-at-home, work-from-home, work-in-an-office – deals with some version or another of this feeling: that no matter what you do, it’s not even close to enough. You’re dragging your kids through a soul-crushing series of errands that now take ten thousand times longer than they should because if you’re not personally pulling in an income, you feel like you don’t deserve help with childcare. You’re spending too much time sitting at your computer, and letting the kids watch too much TV. You’re spreading peanut butter onto slices of bread while your inbox is over there pinging and pinging and pinging with emails from people who don’t care about the fact that your three-year-old is collapsed on the floor because you used the wrong plate; they want a response now. Your achievements? Come on, those are just your responsibilities.

And if you’re a mother who works out of the house – which, really, is an awesome thing, the chance to be with your children for much of the day and also have a career – there’s the little problem of the fact that, despite all evidence to the contrary, nobody seems to think you actually work. It’s not, like, real work. …Right? Can’t you just get it done while the kids are napping?

So because I know first-hand just how much a mother’s work – whether that’s taking care of her kids, or running a business, or hustling and hustling in search of a way to do it all – is marginalized and underappreciated and misunderstood, let me say to those of you who do this: What you do is real work. It is hard work. And most of all: It is important work, not just because it is for your family – because it is for you.

P.S. The proper answer to “Who actually looks after your kids when you up and leave them?” is “None of your fucking business.”