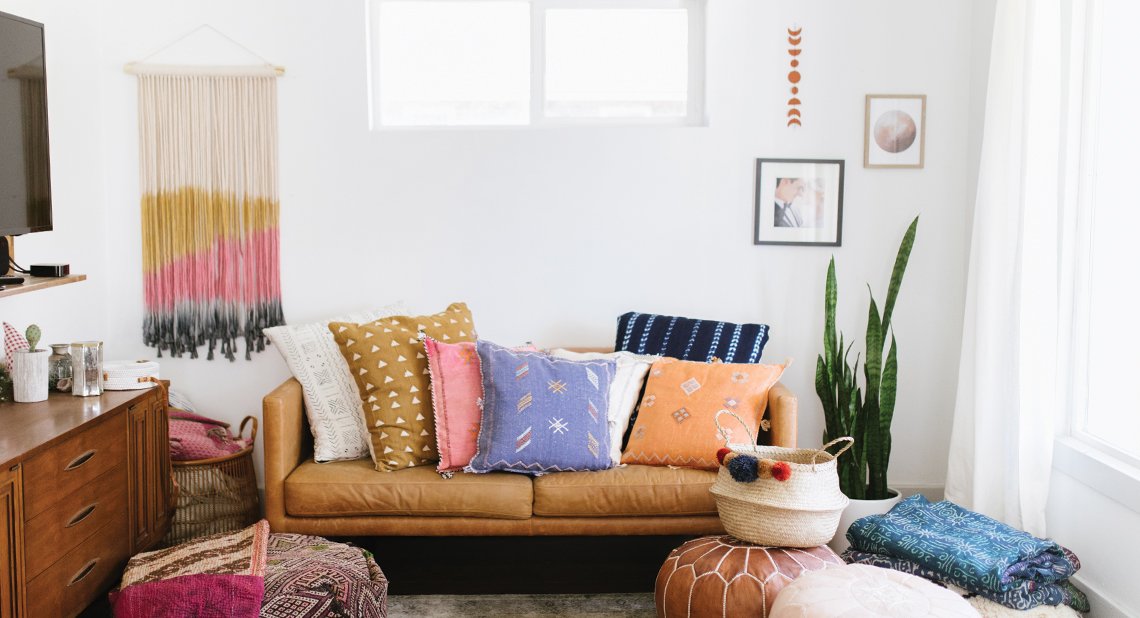 I get a lot of PR emails; anyone who’s anywhere even close to the blogging world does. We’re talking maybe 200 a day (at minimum), which means that I’ve gotten pretty good at figuring out which emails are from reps who are just sending out publicity blasts to anyone and everyone, and those who’ve taken the time to figure out what my site is about, and genuinely think that their product might be of interest to my readers. (I also open emails that have funny subject lines, because I feel like the effort to be non-boring shouldn’t go unappreciated. And also emails from reps of sex toy companies, because I’ve been receiving these in vast quantities for the past few months, and – though they aren’t unwelcome, per se – I’ve been trying to figure out why.)

Anyway, a few weeks ago, while laying in my bed dying from the plague, I was scrolling through my emails and saw one from an online boutique called Moon Water. Despite the fact it had a fairly standard “Black Friday Gift Guide Roundup”-type subject line, I opened it, and when I saw that it was written by the husband of one of the owners, who talked about his wife’s passion for supporting global craftsmanship, I was all AW I LOVE HIM, and went and checked out the site.

And now I love Moon Water, too. 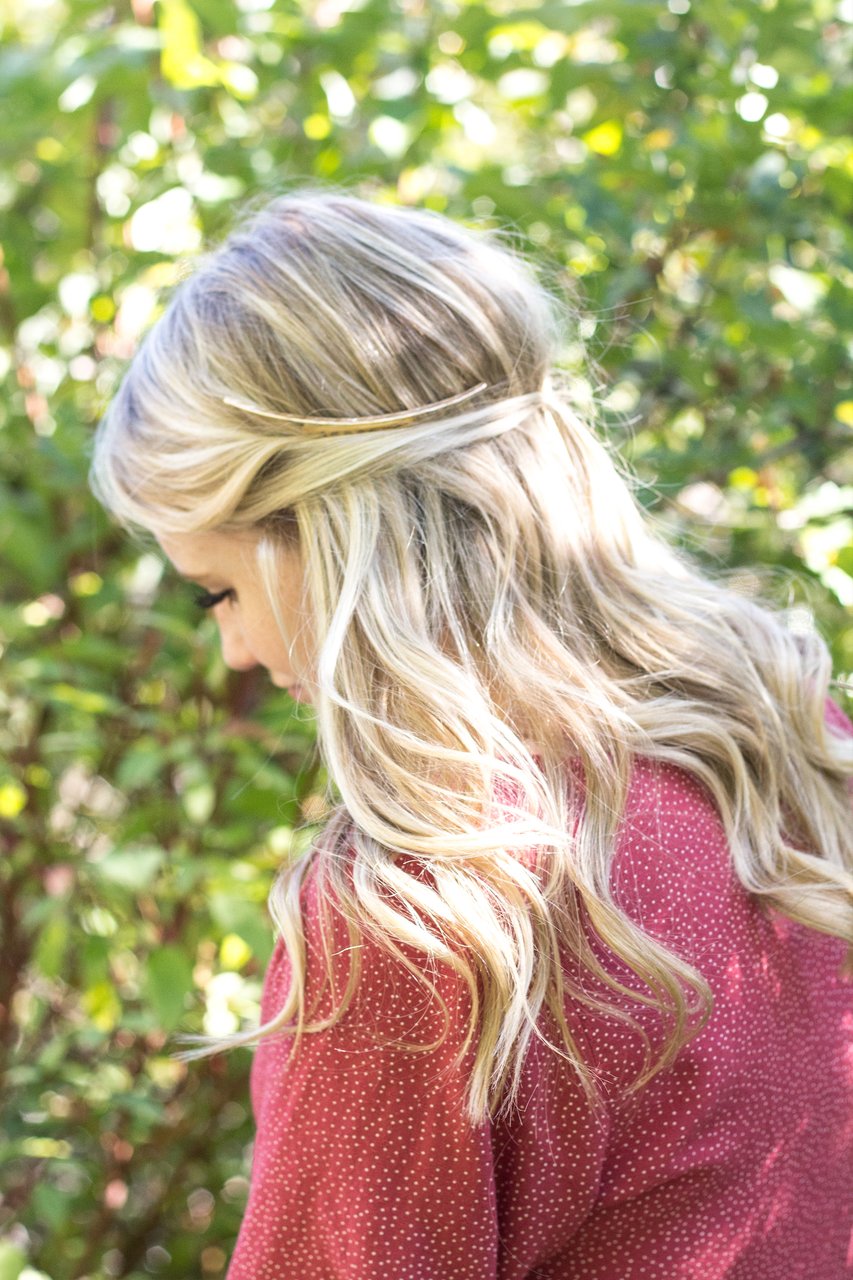 I didn’t understand what I was looking at in this photo at first, and then looked closer…and how pretty is that comb? I can officially say that I will never, ever be attending Coachella, but beautiful clips work for preschool drop-off, too. 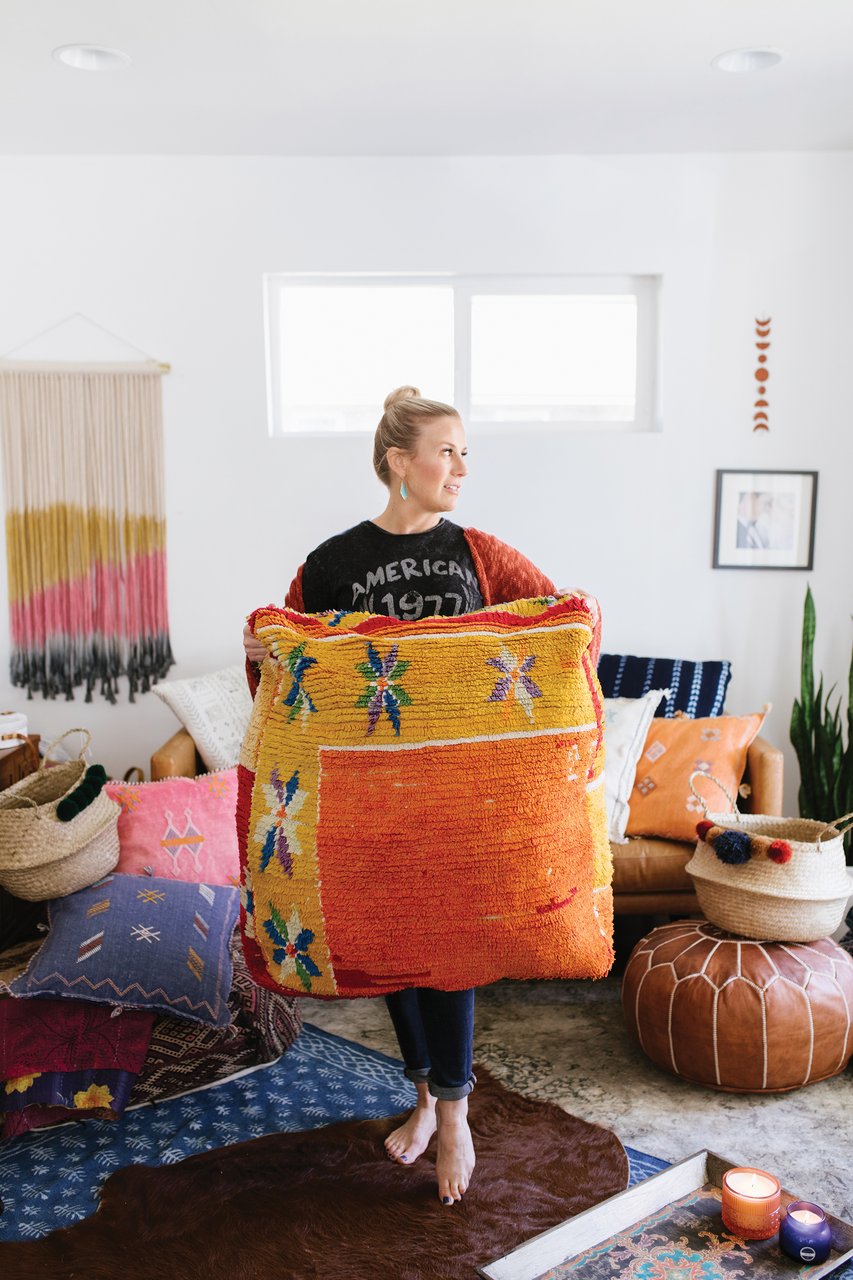 Created by artisans from the Berber tribes in the Atlas Mountains, this stunning (STUNNING) pouf is constructed from vintage Boujad (hand-woven pile rugs). It arrives flat, and can be stuffed with anything from traditional coconut fibers (which I assume you don’t have) to old sheets and towels (which I assume you do).

I think it’s spectacular, and I love the history it comes with. 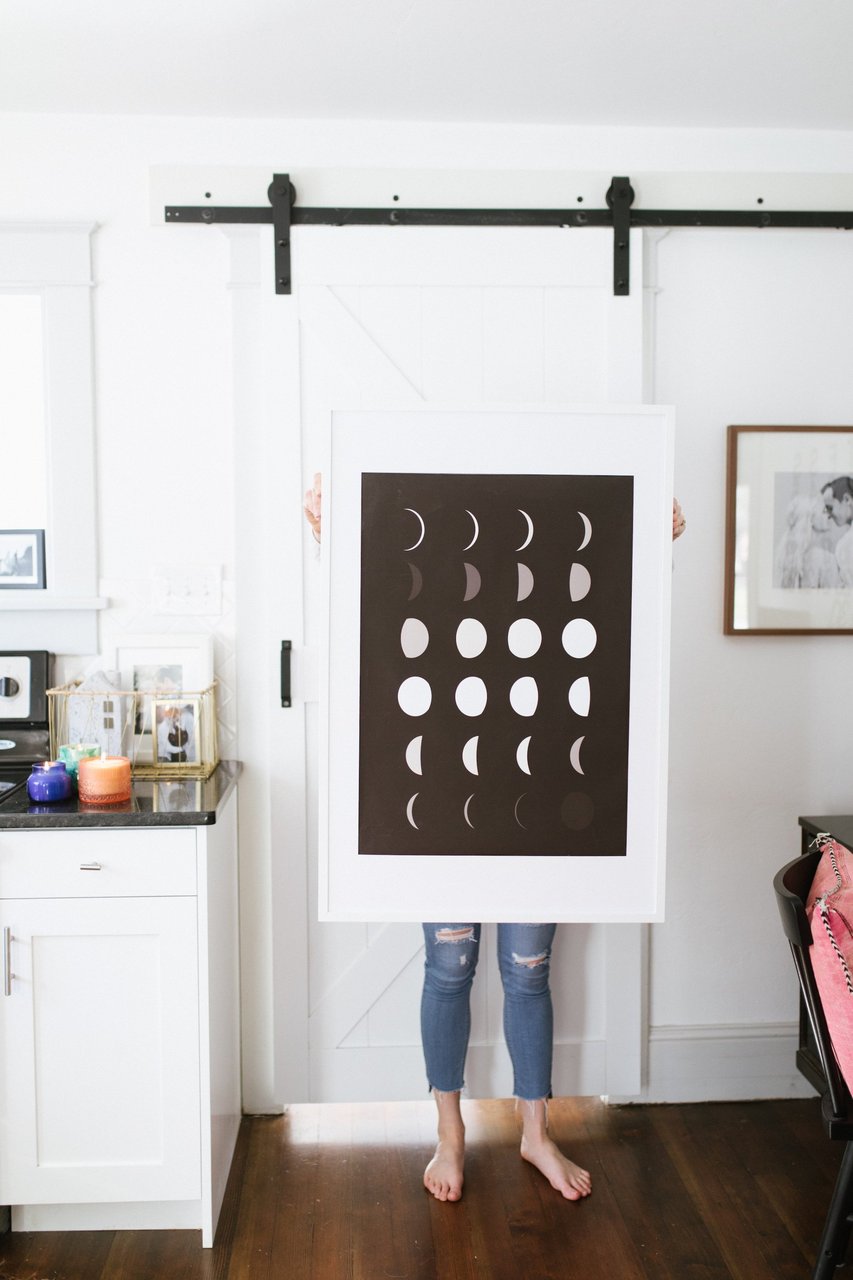 This moon phases print is classic and beautiful and I think I need to put it in my daughter’s room (her middle name is Luna, because she was born during the Supermoon in August of 2014). 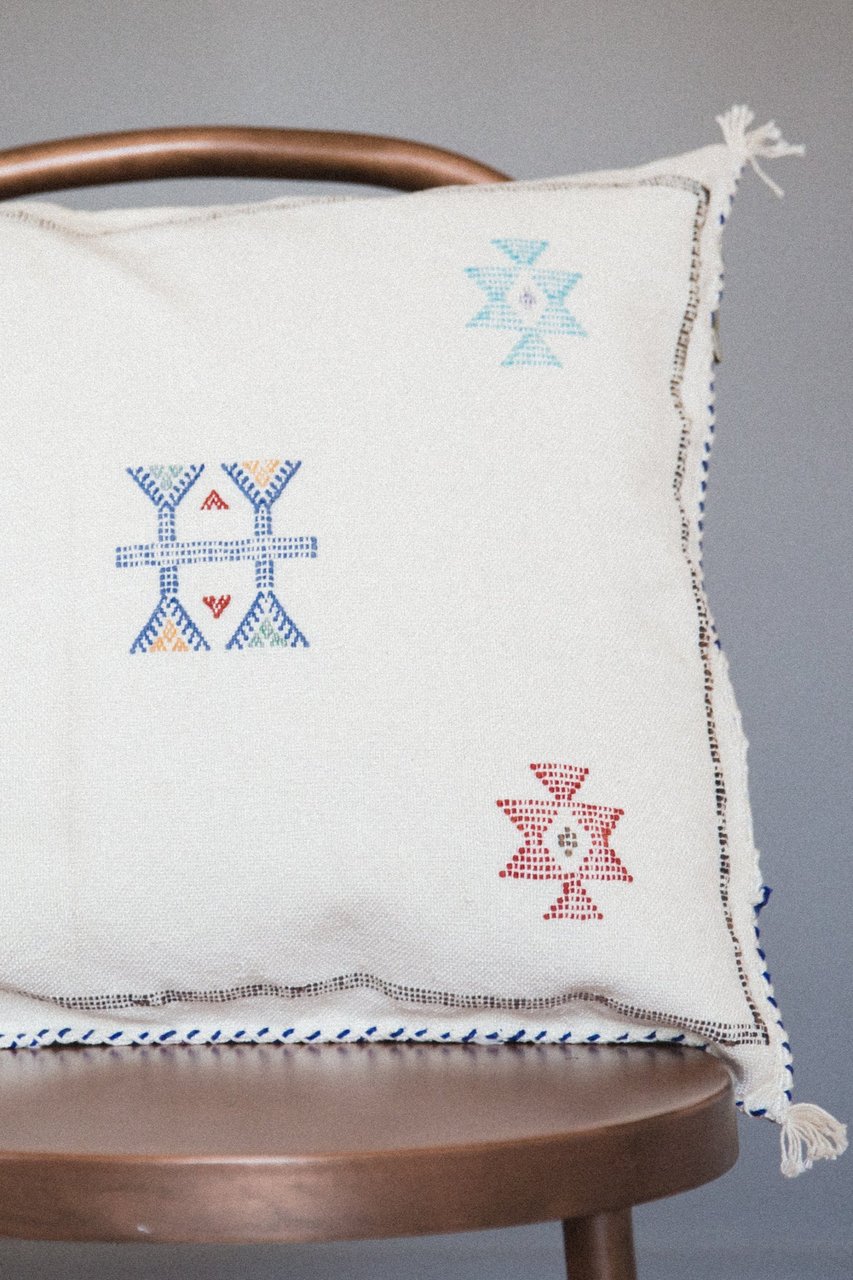 This pillow is, in my humble opinion, perfect. It seems like the kind of thing Reese Witherspoon would put in her Ojai house (and if you haven’t seen Elle Decor’s 2012 feature on her place, please give it a look; it’s insane).

I have two of them on my bed and my cats keep trying to eat the tassels, but mark my words: this is a battle they will not win. Or at least will not win without a fight. (I love my pillows.) 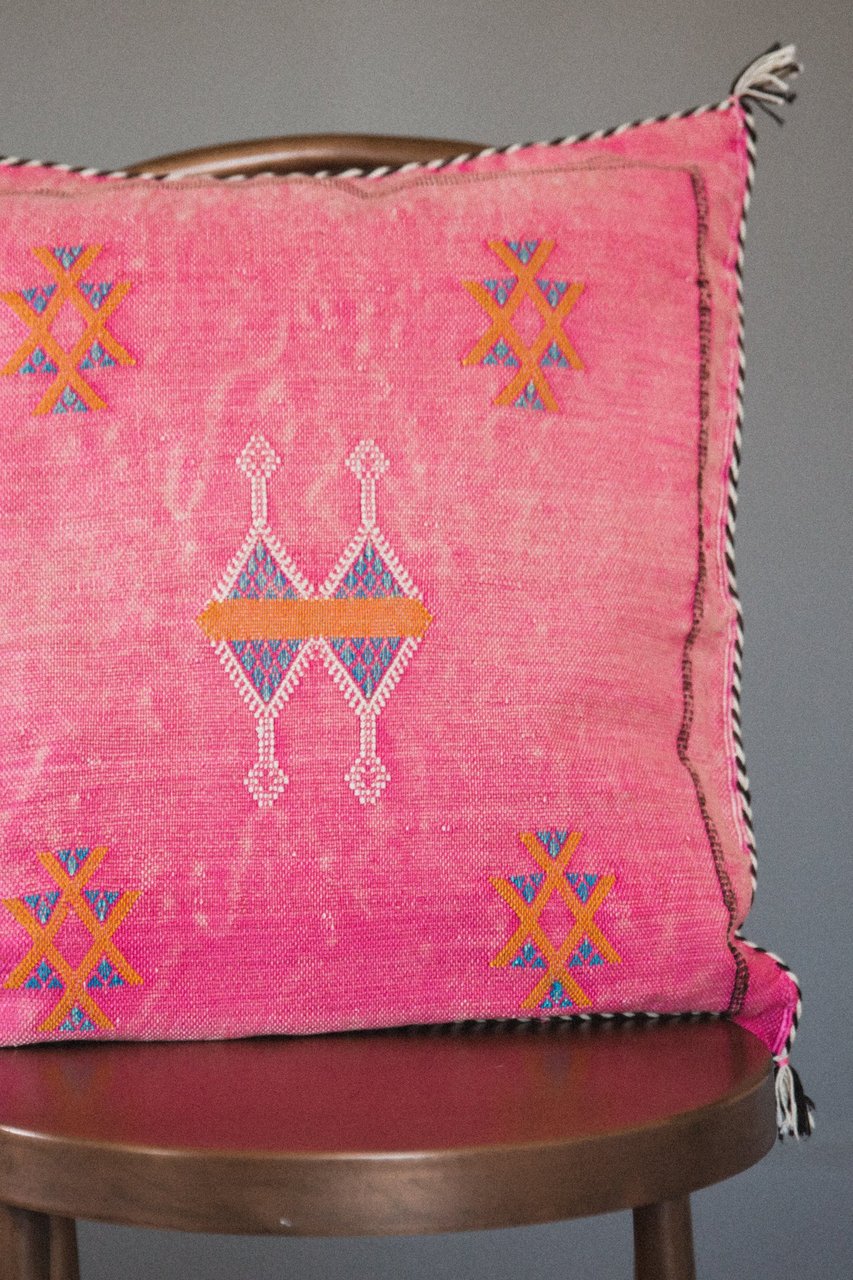 The burnished finish on these Cactus Silk pillows comes from the fact that the fabric is left out to dry in the Moroccan sun.

This color. It’s too good. 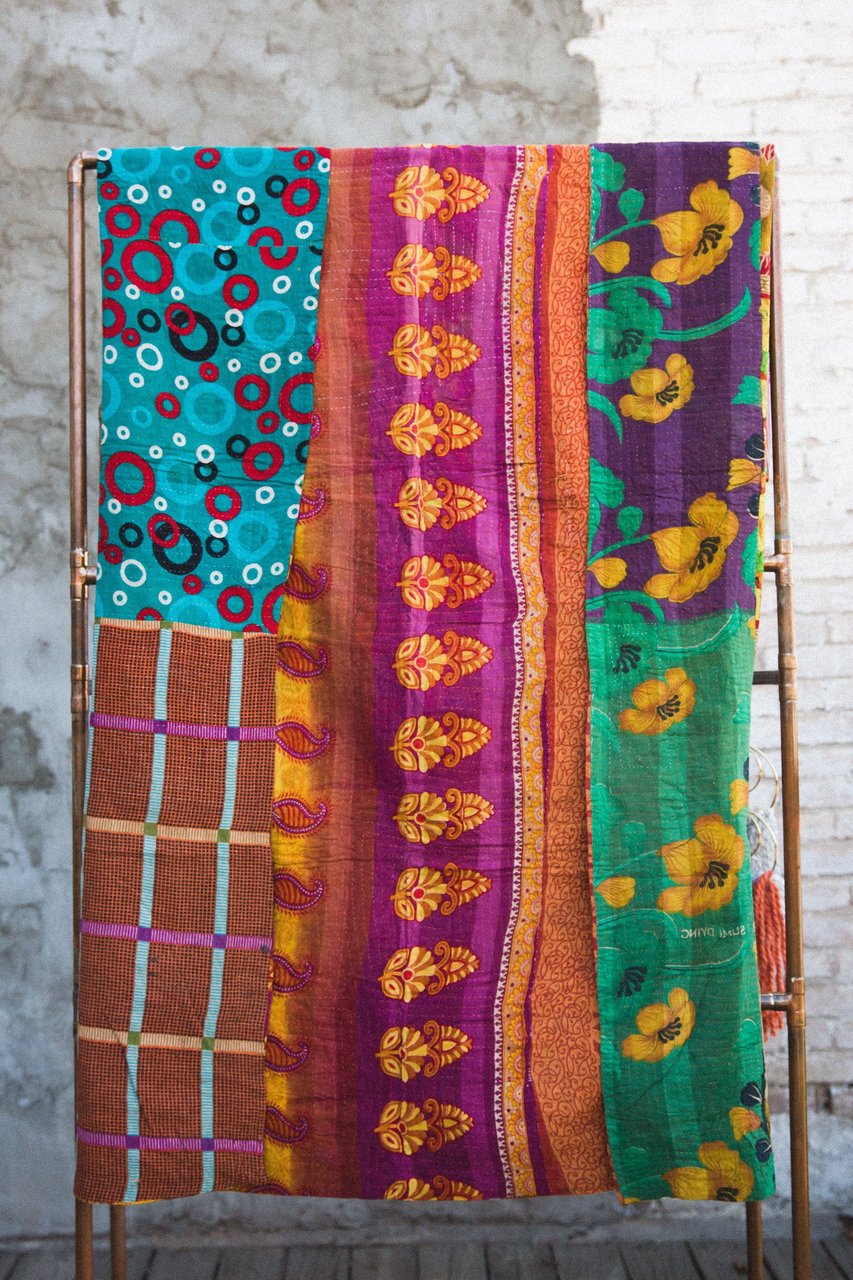 Speaking of colors that are too good: this kantha throw is made of vintage saris from India that have been hand-sewn together using a single running stitch. I own a few kanthas, and they’re great to have: I throw them over chairs and couches to protect them from animals, use them as tablecloths and picnic blankets – anything, really. 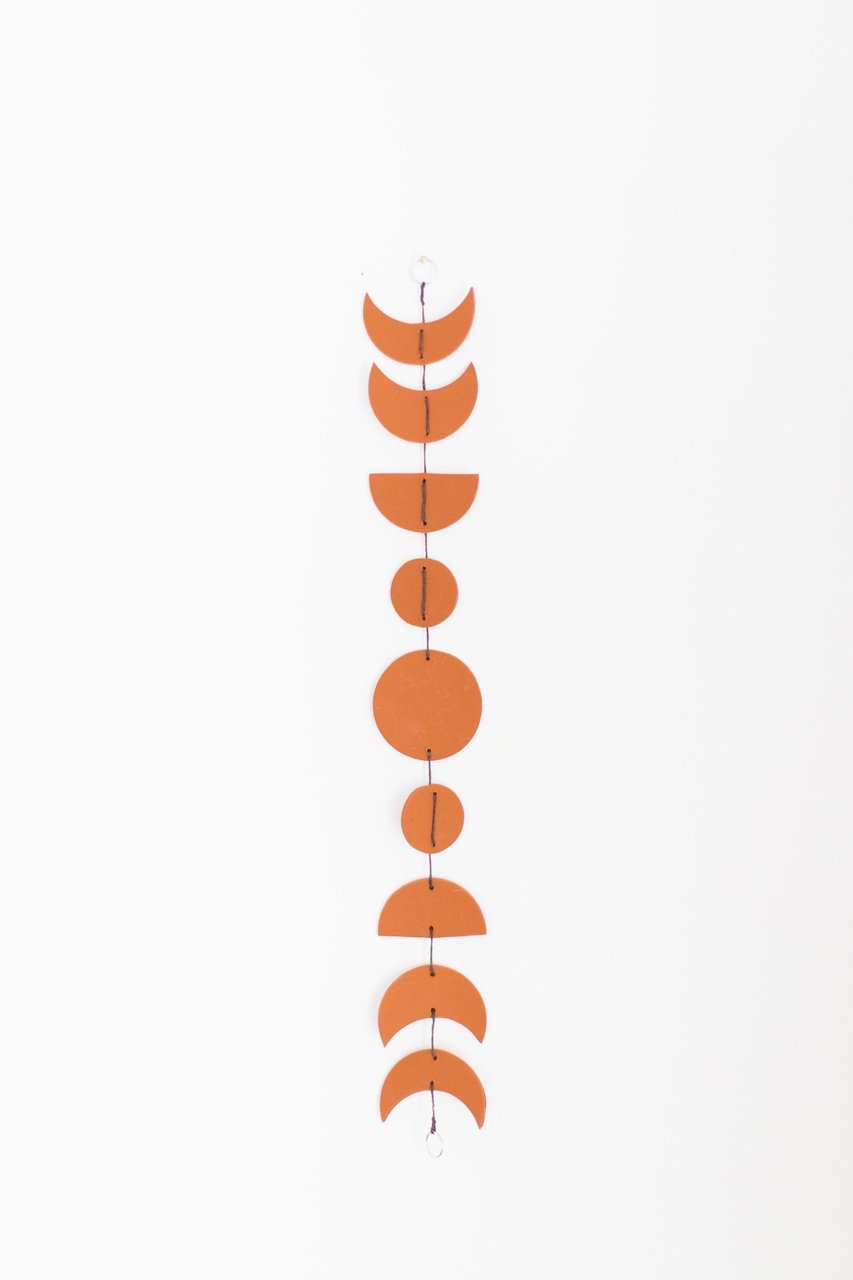 I have one of these terra-cotta pieces hanging in my daughter’s room, and I love its rustic simplicity. 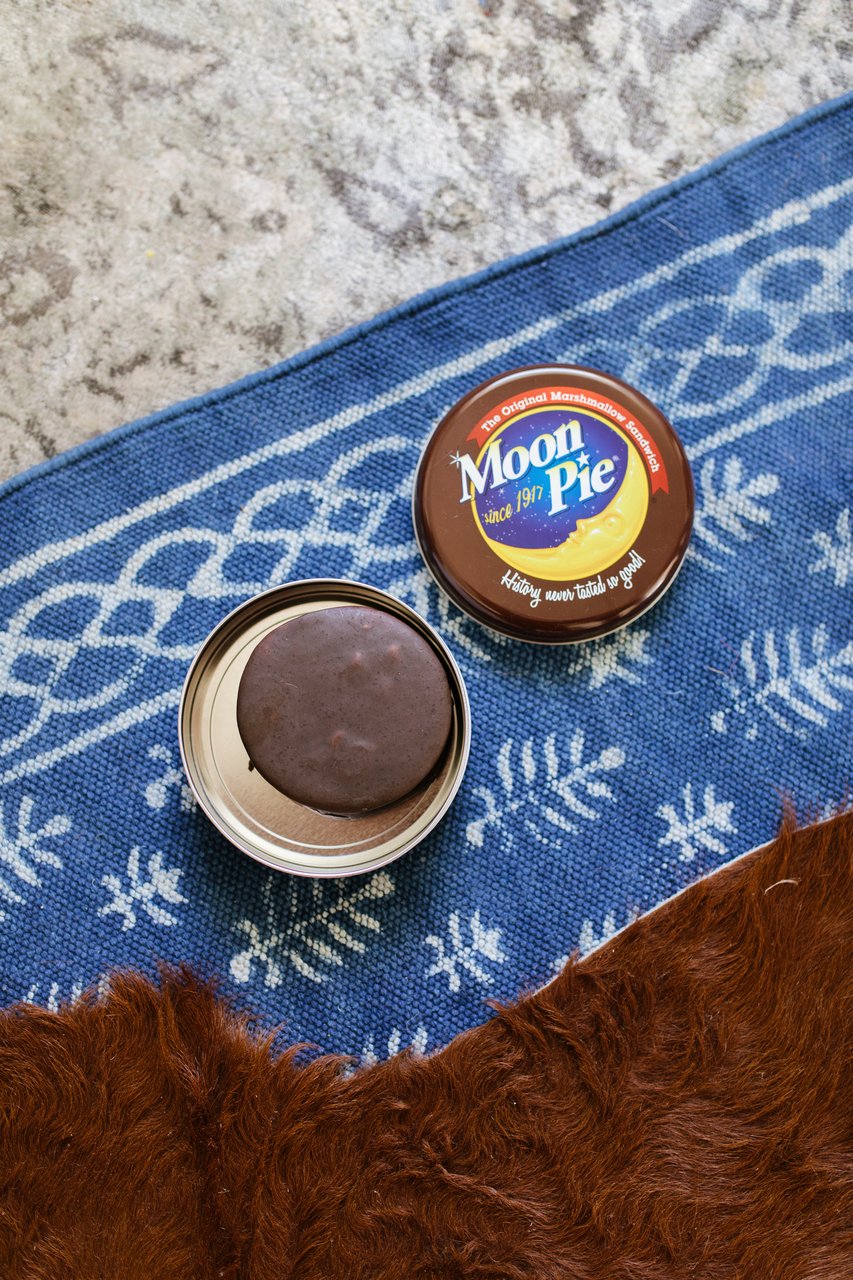 They sell Moon Pies. And collectible tins to put them in so you can always keep one handy.

(I have a feeling I would be friends with the women who run this place.)