So Here’s the Truth About Rogaine (For Women) 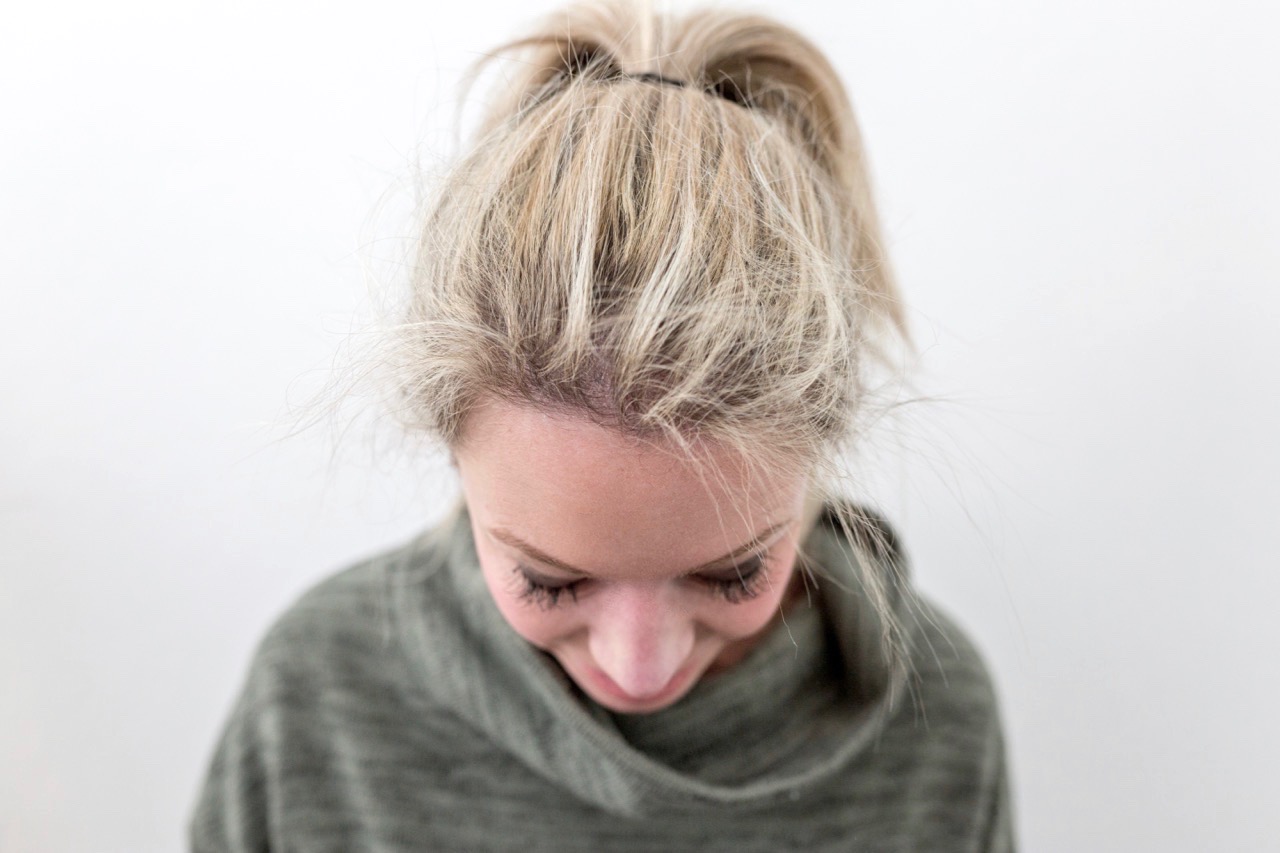 What you see above are the results of my regrowth over the past few months. (Gorgeous, I know. But also AMAZING.)

Win a year’s supply of Rogaine for Women – and a few more of my favorite things – by scrolling to the bottom of this post. There are lots of ways to enter!

Back in the spring, when Rogaine first asked me if I’d be interested in working with them, I was a little hesitant. Not because the thinning hair that I’d been dealing with for several years didn’t bother me – oh my god, did it ever; I hated seeing photographs of my head from certain angles because they made me look like that guy in Tales From the Crypt – but because I was embarrassed. Talking publicly about the fact that I was losing one of the main things that many people (myself included, I suppose) associate with youth and femininity wasn’t something I was particularly excited to do.

But it was because I felt this odd sense of shame – which, of course, I understood to be irrational and almost entirely based in cultural expectations for women – that I decided that I should write about it. And in the months since I have gotten more emails, DMs, Instagram messages, and such about this topic than I have about any product I’ve written about since I started Ramshackle Glam in 2010.

“I know you work with them,” these emails and messages say, “…but tell me, seriously: does it work? Really??”

(I kind of can’t believe it myself.) 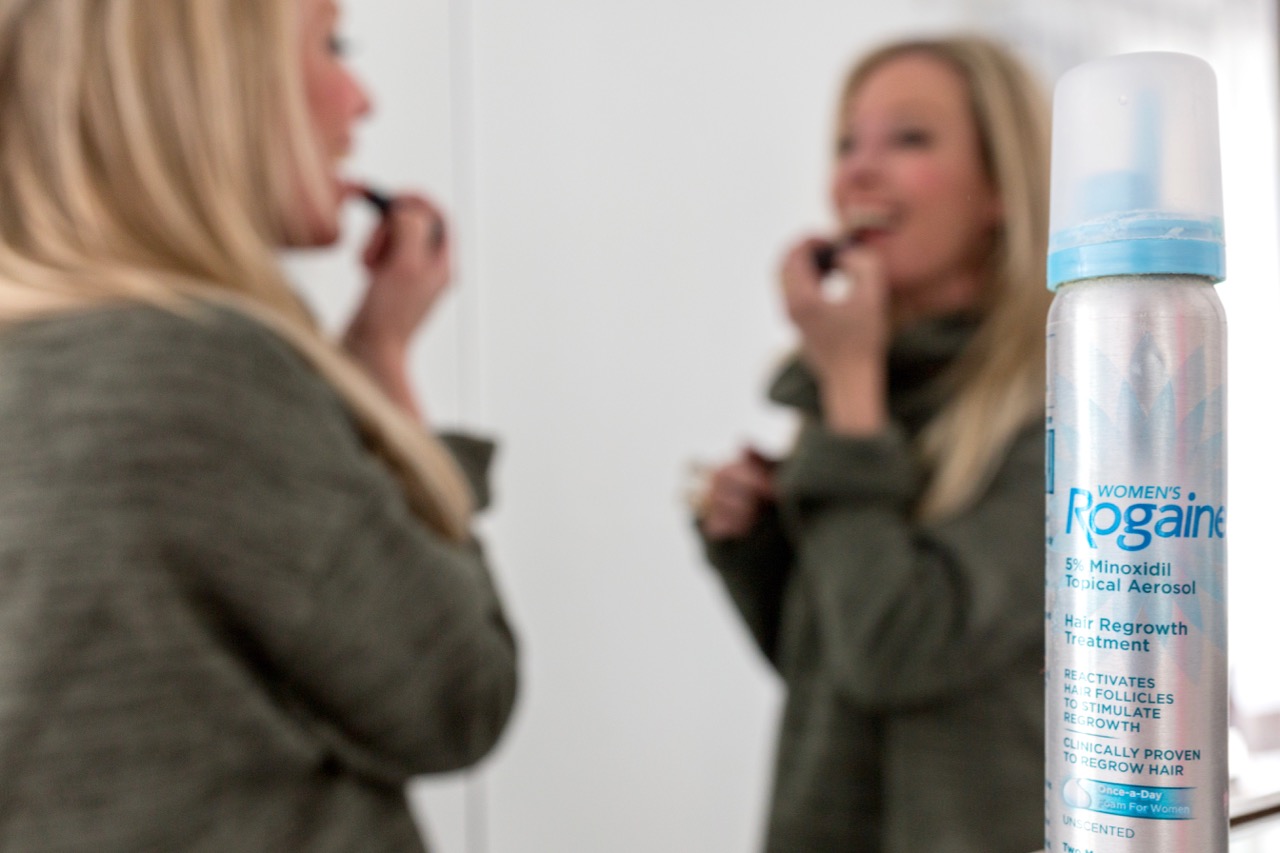 The instructions tell you that you won’t see results for about three months, but honestly: I expected any results I did eventually see to be…let’s say, “subtle.” And then, around Month Four, it happened: I went to pull my hair back into a ponytail, looked in the mirror, and saw an actual corona of 1/2 inch-long new hair growing out of my head.

In the months that followed, the growth continued, and while my hair still isn’t quiiiiiite at pregnancy hair level (because pregnancy hair is just straight-up magic)…it’s really (really) close. It’s the first step in achieving (and maintaining) the volume I’ve wanted for years – and FYI, if you’re thinking “oh but I’m only in my 20s/30s,” everyone’s hair follicles shrink as they get older, and the best time to start using Rogaine is at the very first signs of thinning.

And! Now that I’ve added temporary extensions for length (but obviously mostly for fun), I have such thick, glorious hair that my daughter calls it my “Elsa Hair” – and let me tell you, the holidays are a super fun time to all of a sudden find yourself with Elsa Hair. 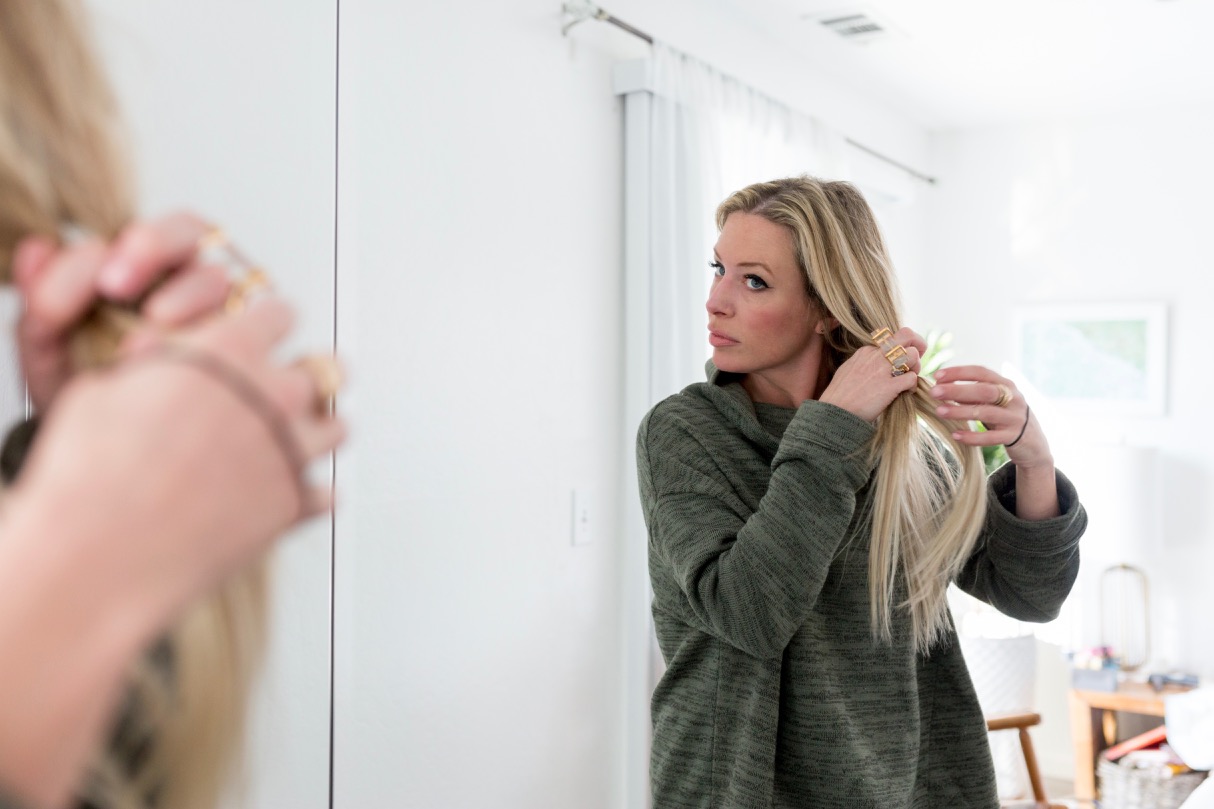 My favorite way to style it at the moment – other than in a massive hairball on top of my head – is stick-straight and parted down the center. The keys to this style, I’ve found, are next-level conditioning: I’ve been using a deep conditioner at least twice a week, plus a spray-on leave-in conditioner before blow-drying. (Rogaine doesn’t interfere with any styling products, so there’s no reason not to just use your favorites.) Blow-dry with a large round brush, making sure to get extra height at the roots (of which I have oh, so many these days), run a straightening iron along 1” pieces of hair, and then finish with a smoothing product that creates separation and texture without weighing hair down.

(Bonus: If you spray on a tiny more leave-in conditioner – from the nape of the neck down only – and loosely braid your hair before bed, you’ll end up with lovely, relaxed next-day waves.) 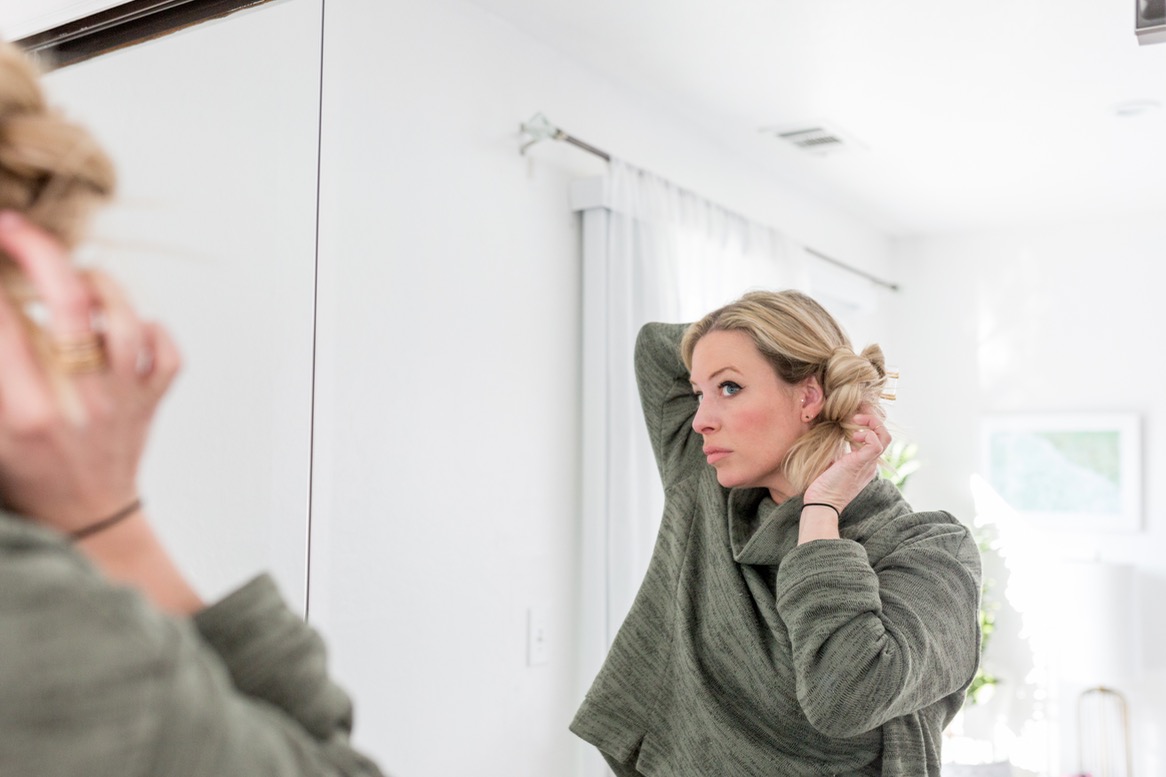 Another style I’ve been into: a braided side-bun. It’s really complicated. You braid your hair off to one side. And then put it in a bun. 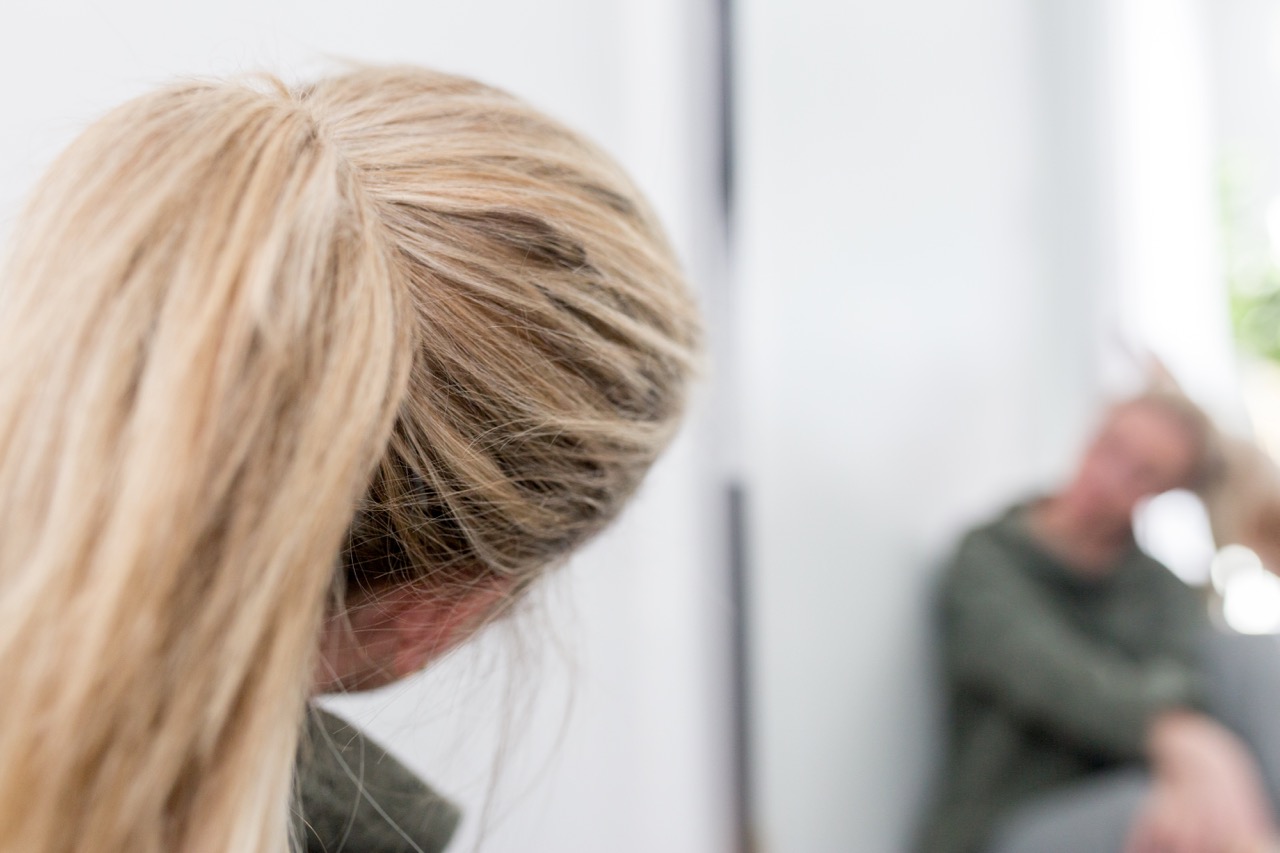 So now that you know that Rogaine works (like really, really works – above is a shot of the spot on my head that I used to hate seeing in photographs, and that now looks like every other spot on my head – also, there’s that regrowth again!), I want you to have the chance to try it out for yourself…and take home a few more of my favorite things. 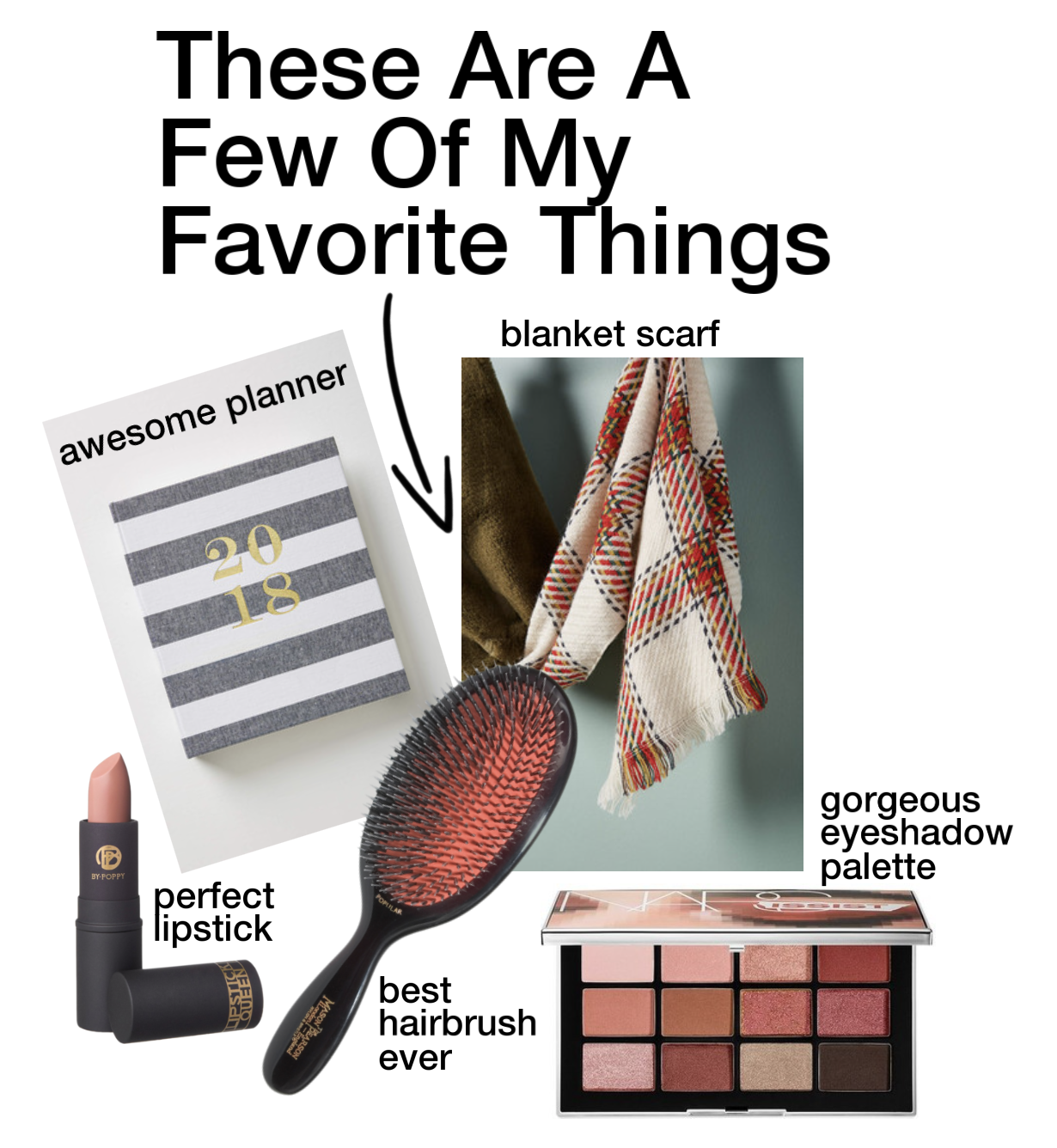 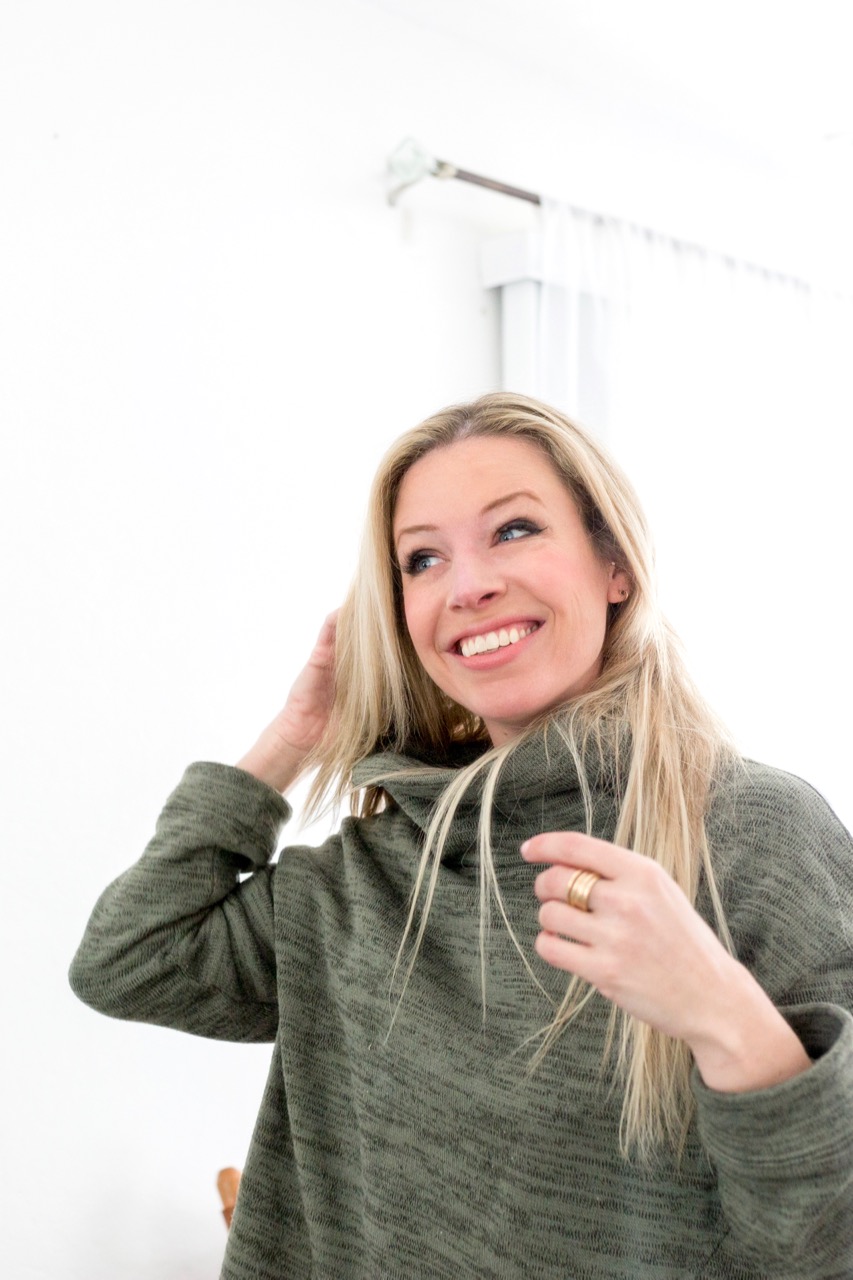 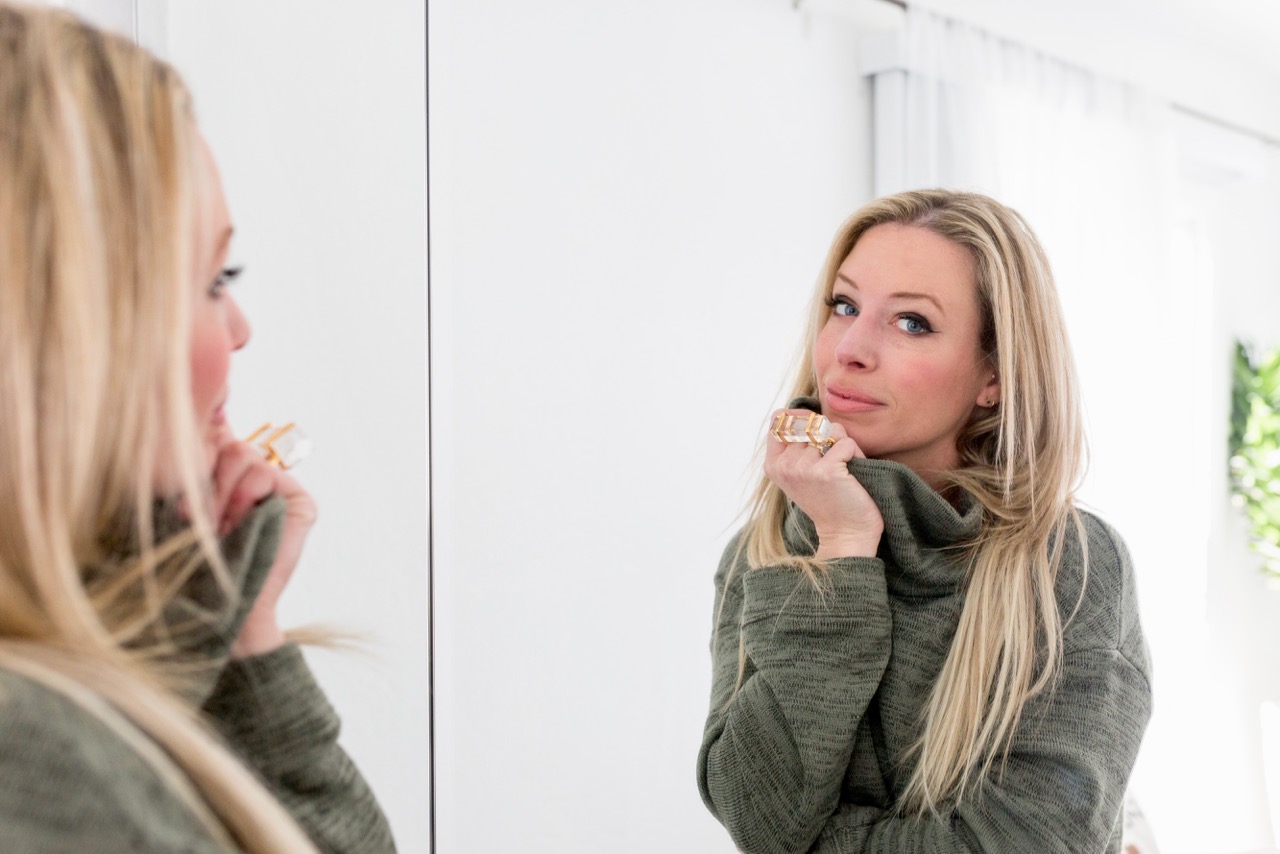