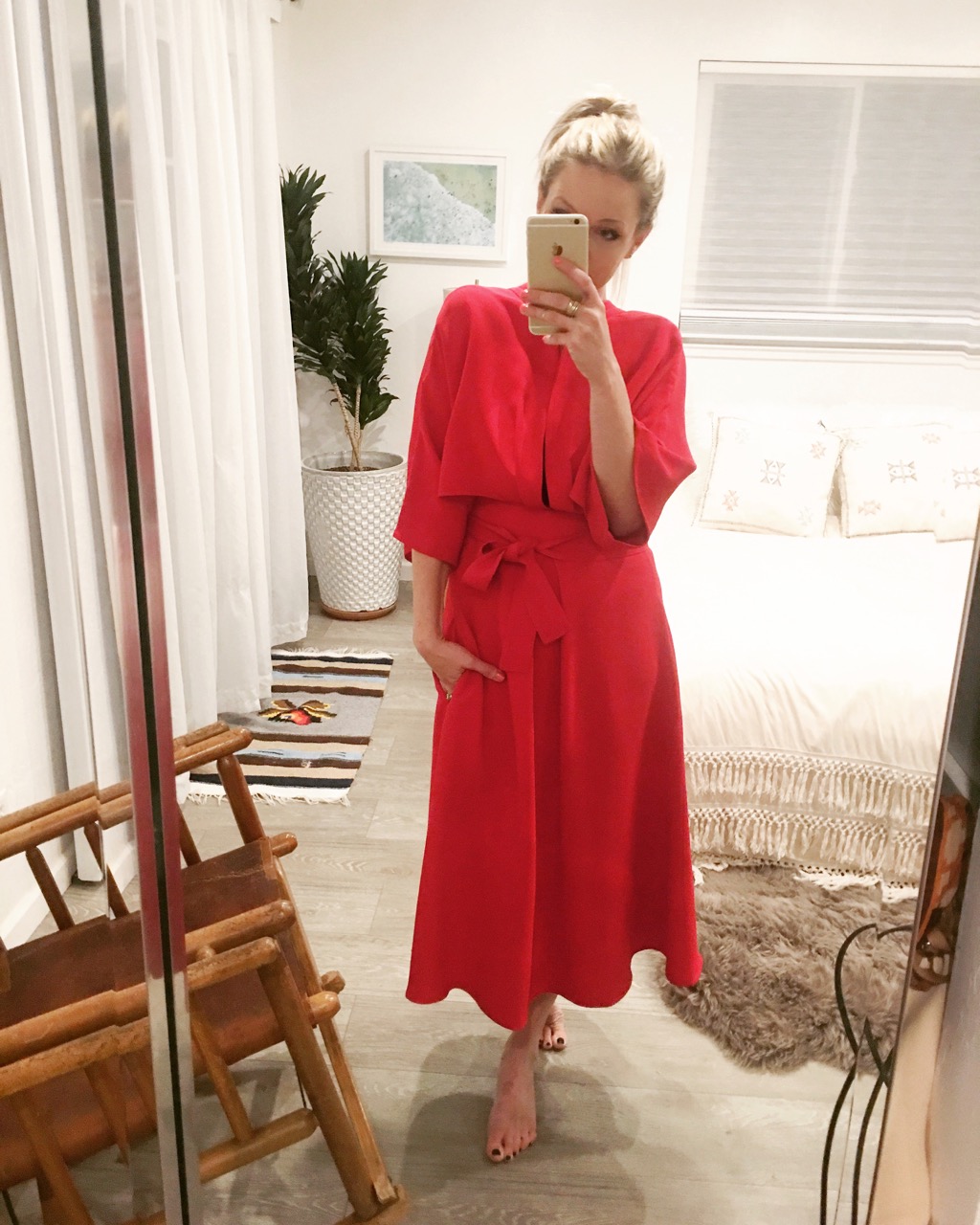 Before I get into the point of this post- which is the trunk show I hosted on Friday night – we need to have a quick chat about this Tome dress. It’s from Rent the Runway, and I ordered it a size too small but figured that it’d be okay because it seemed like a loose-fitting dress, but when it arrived I put it on I went, oh my god, THIS DOES NOT FIT AT ALL.

But then! I realized that I’d been putting my head through the wrong spot – thereby pulling up the cutout flaps that hit around the waistline to extremely inappropriate locations – and that it was supposed to be a high-necked style. So I made the requisite adjustments, and there you go: not only did it fit, it was insanely cool; maybe one of my favorite dresses I’ve ever worn.

And then, just as the party was starting, I was standing there chatting with my friend Elise about the dress, and said, “Let me just google it real quick to make sure I’ve got it on right.”

I did not have it on right. I had it on fully backwards. But when I flipped it around…well… 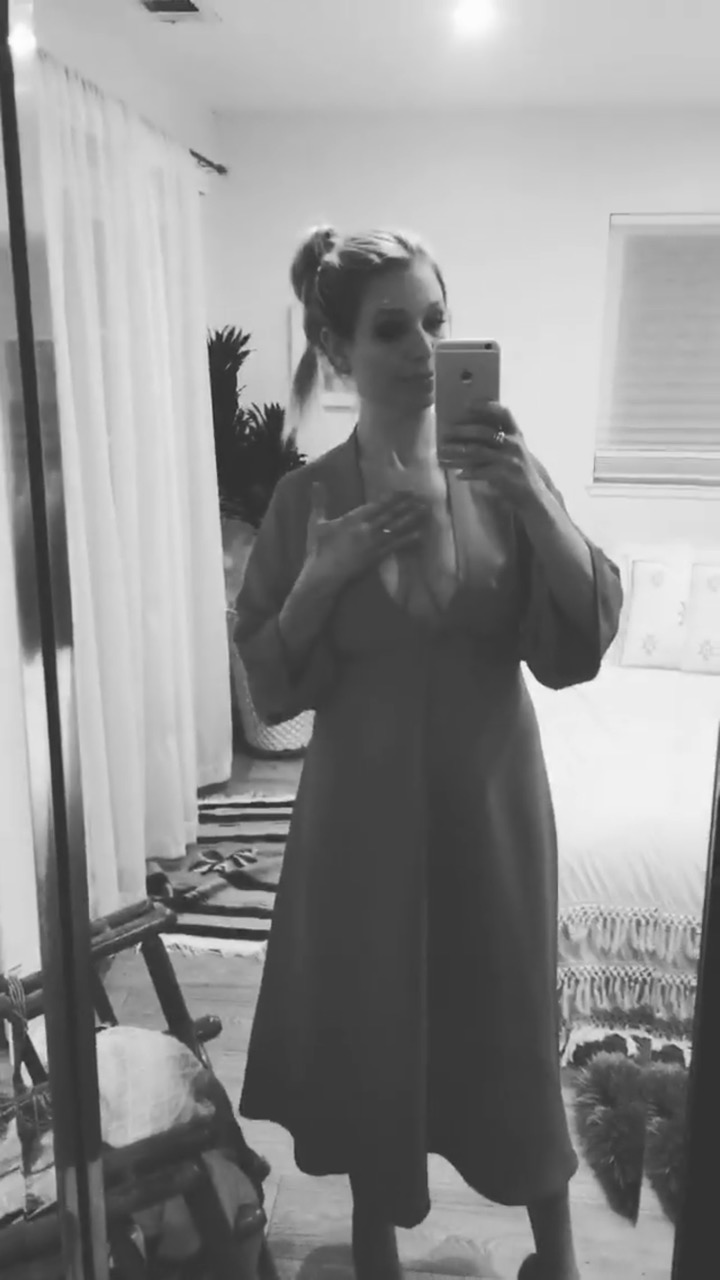 (It’s because I ordered it a size too small; if it had been the right size I think the V would have been much more chic and a whole lot less Elizabeth Berkeley-in-Showgirls). 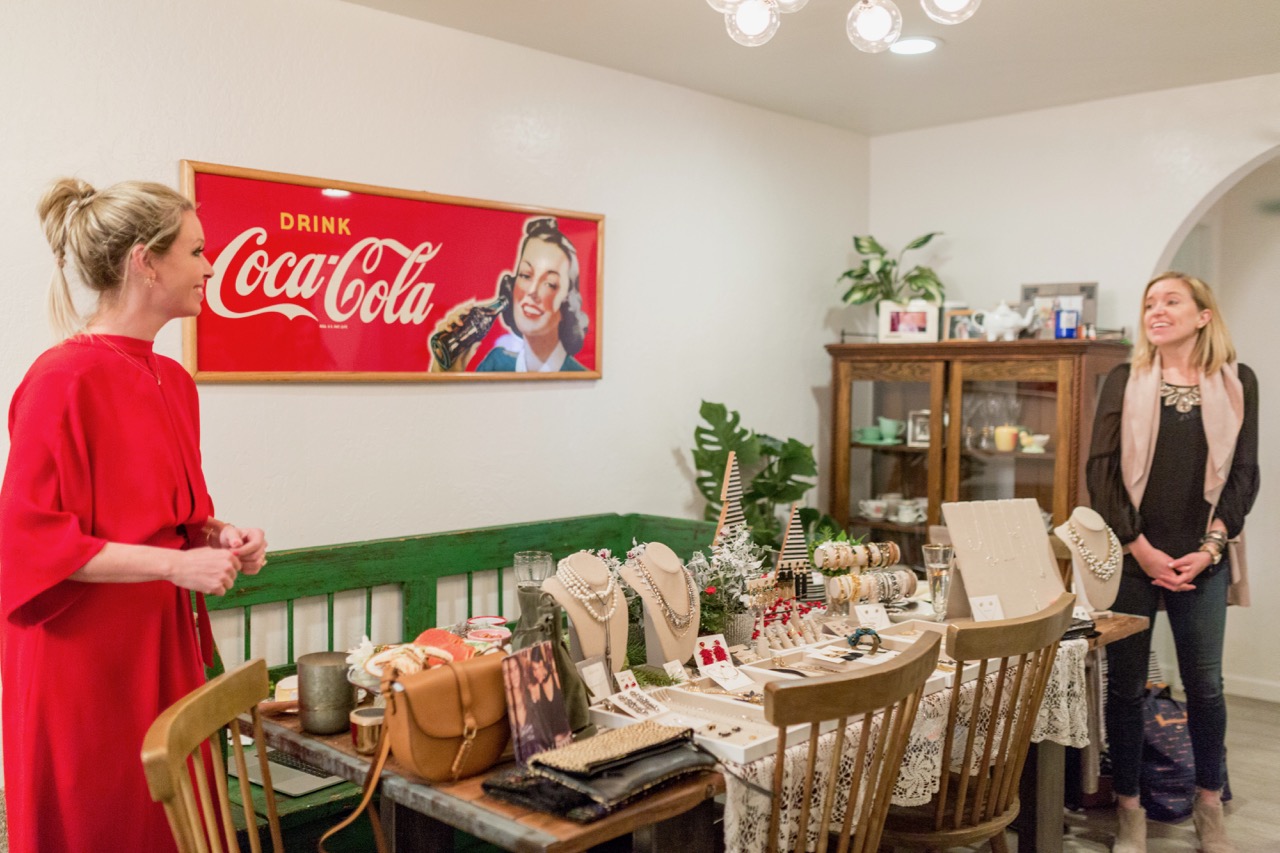 Me, my amazing backwards dress, and our stylist, Katie

So I turned it around, and went back to the party.

OK, so now about Friday night. Have you heard of those trunk show parties, where a representative from some company comes over, and you can browse his or her products with your friends? I’ve never hosted (or even attended) one of those events before, and I had virtually no idea what it would be like (elaborate sales pitches? weird formality associated with having company representatives hanging in your house?), so I was a little nervous when Stella & Dot asked me if I’d be interested in hosting a party. Even though I wasn’t personally selling the pieces (hostesses do, I believe, get commissions in the form of jewelry credits, but Stella and Dot is a client of mine so I wasn’t pulling commissions on the pieces that night), I still sent three separate SERIOUSLY YOU GUYS THERE IS ZERO PRESSURE TO BUY ANYTHING IT’S JUST FOR FUN emails in the days leading up to the party, and got all this social anxiety that nobody would want to come because nobody would want to feel like they had to spend money when really they just wanted to be drinking wine…but for real: Nearly everybody RSVPed yes (mostly with “omg I love these parties!” and “LOVE stella and dot!” in the comments).

Apparently I am the only one who has never been to a trunk show party before. 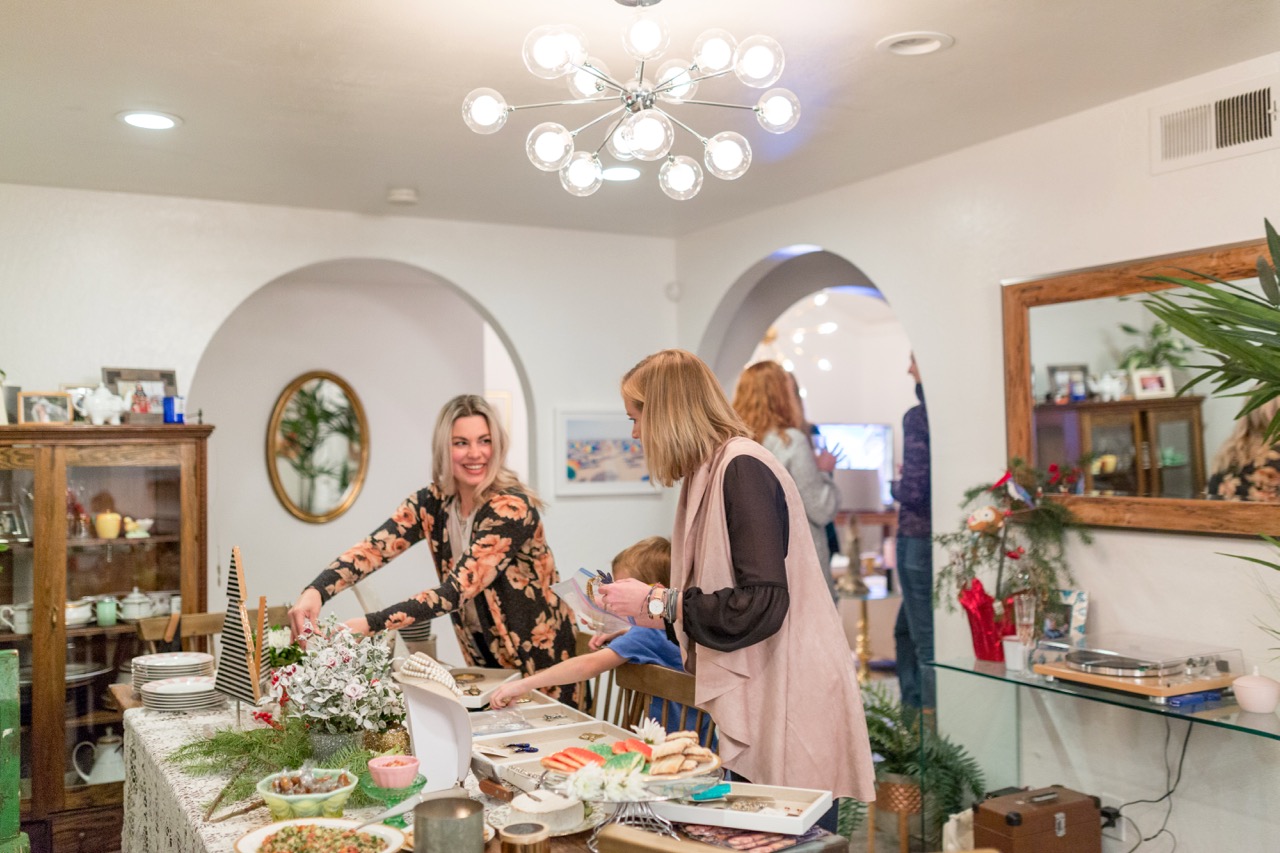 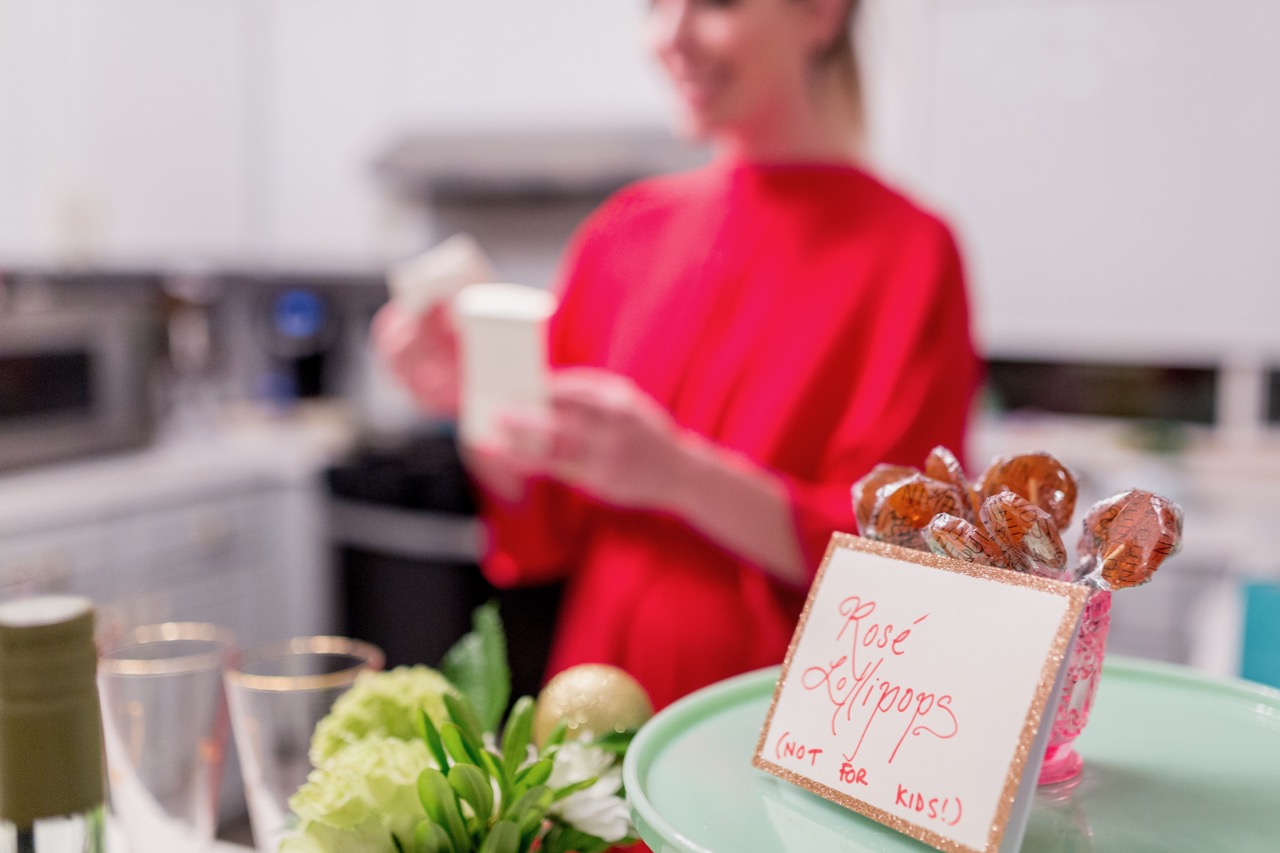 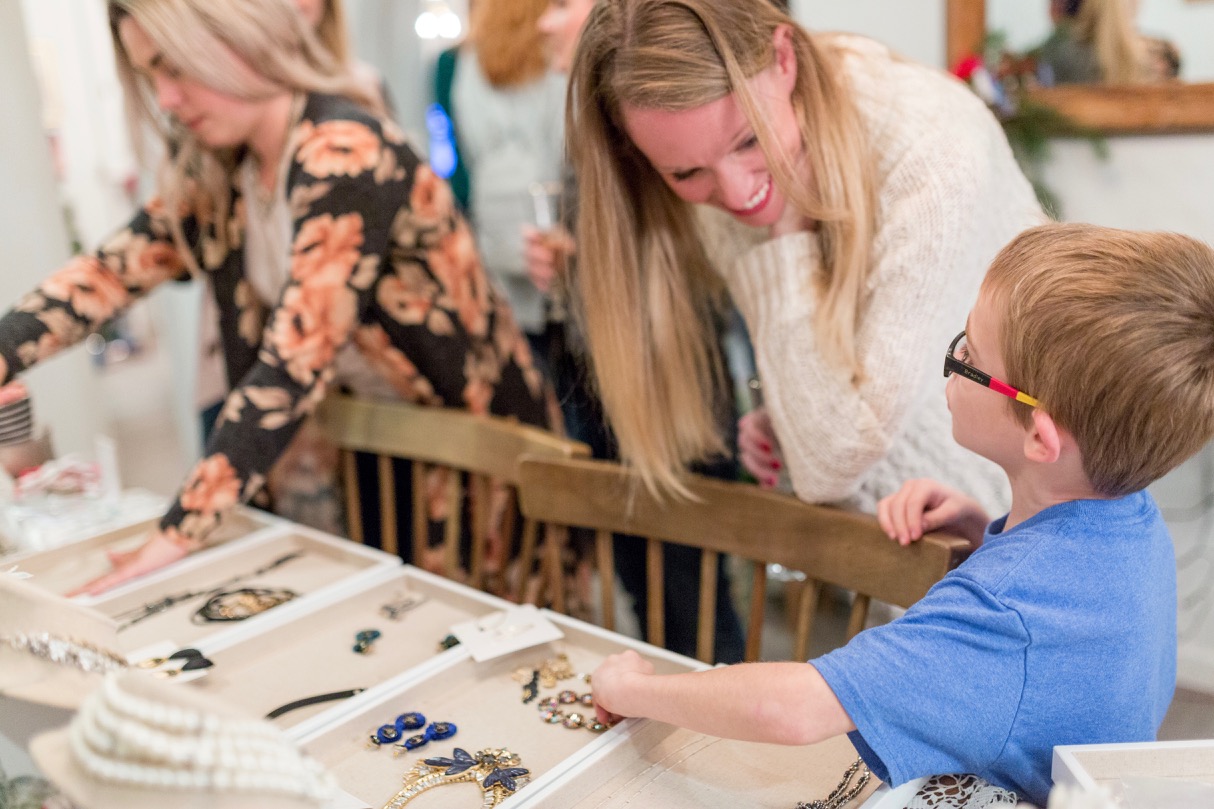 Turns out this is something I should probably remedy, because they are fun. There really was zero pressure to buy anything – it was literally just a party, except we could look at and talk about jewelry while we drank prosecco and ate rose lollipops (!) and various cookies from Costco (because I had no time to bake and Costco cookies are delicious). Our kids watched Christmas movies while the two husbands roped into attending watched them (thanks guys love you), last-minute gifts were acquired, and I mayyyyyy have scored the coolest ear crawler ever from Rebecca Minkoff’s collaboration with the brand.

(Speaking of ear crawlers, I’ve never worn one before because I didn’t really understand how they stayed on, but I tried one on at the party and it totally stays on.)

(Speaking of ear crawlers again, you should seriously check out Stella & Dot’s collection; it’s so good.)

Some of my personal favorite pieces from the event are above. Thanks to Kim for the fun pics, to our stylist, Katie, for being so great, to Elise for all that pro jewelry setup, and to all my lovely friends who came over to hang. Oh, and to Rent the Runway for the awesome dress; sorry I wore it backwards but I really, really loved it anyway. And big, big thanks to Stella & Dot for helping me see the trunk show light ;). 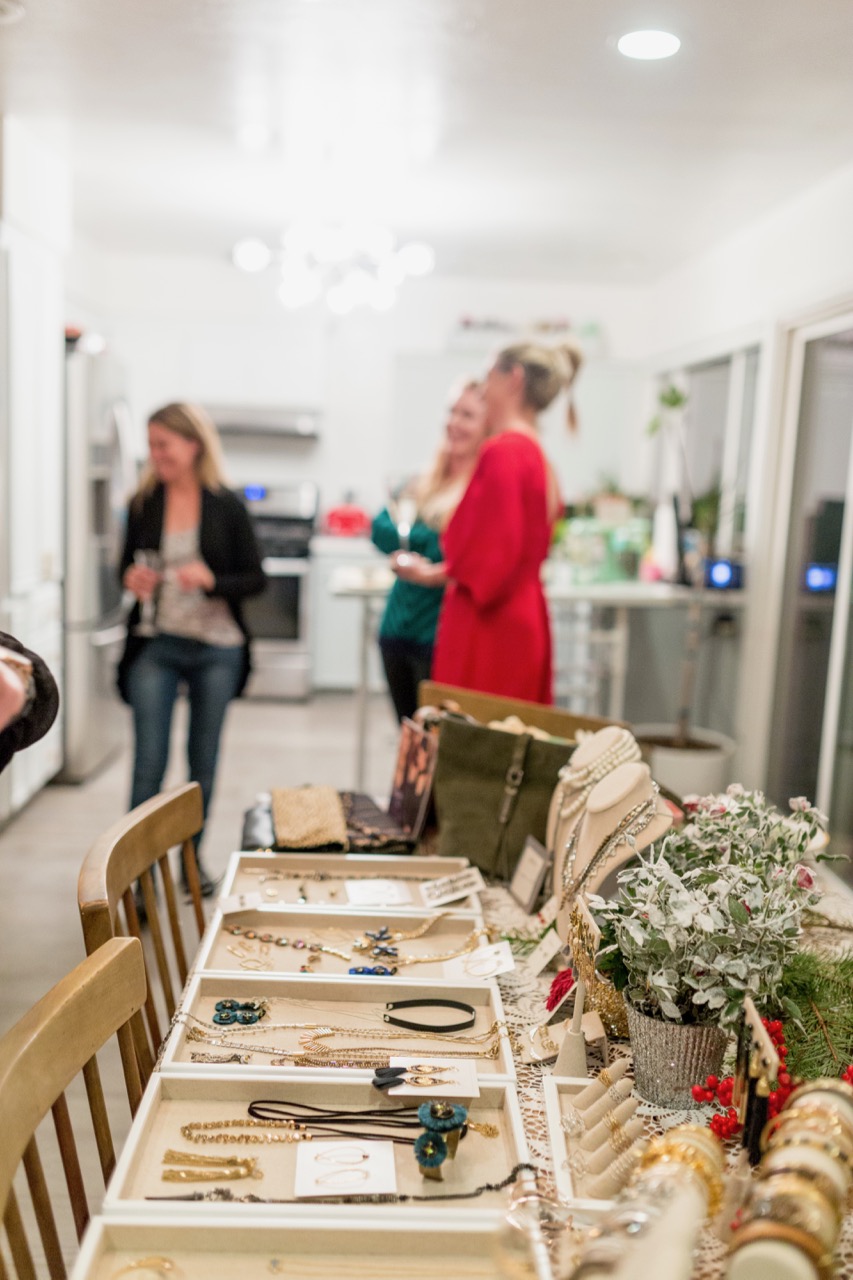 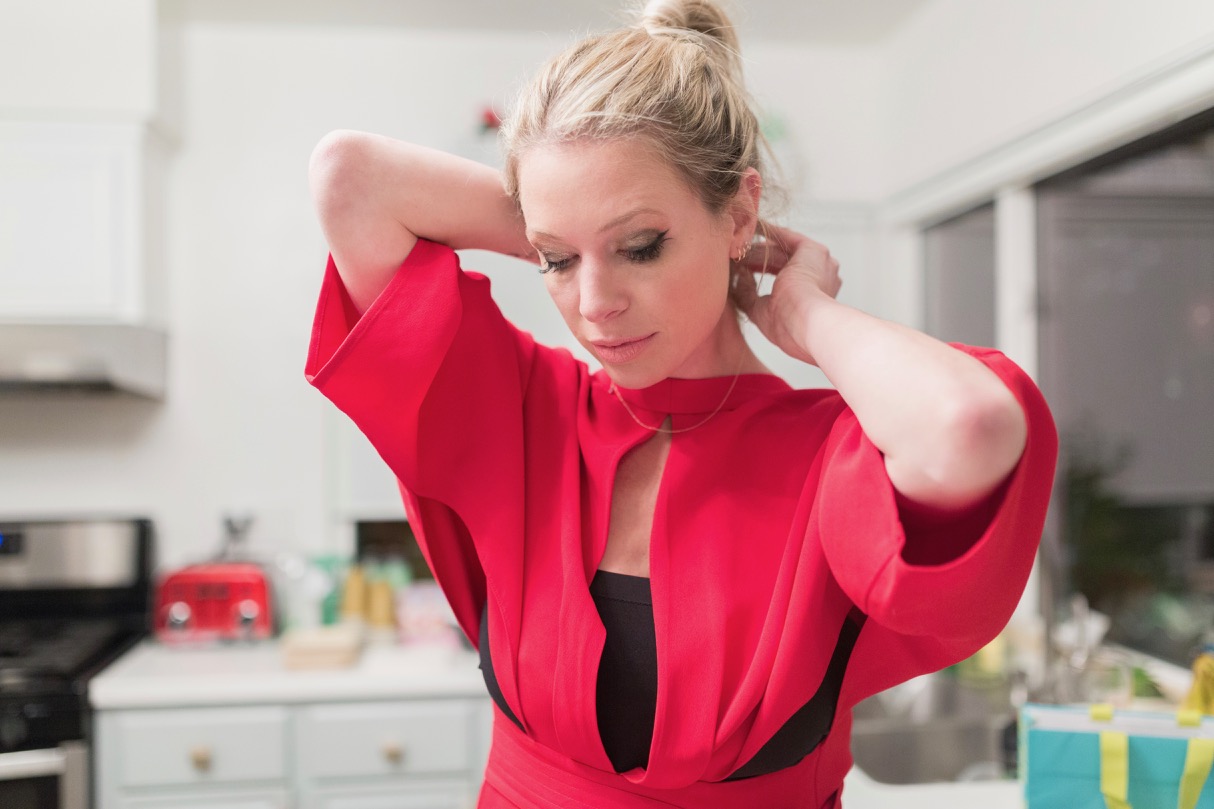 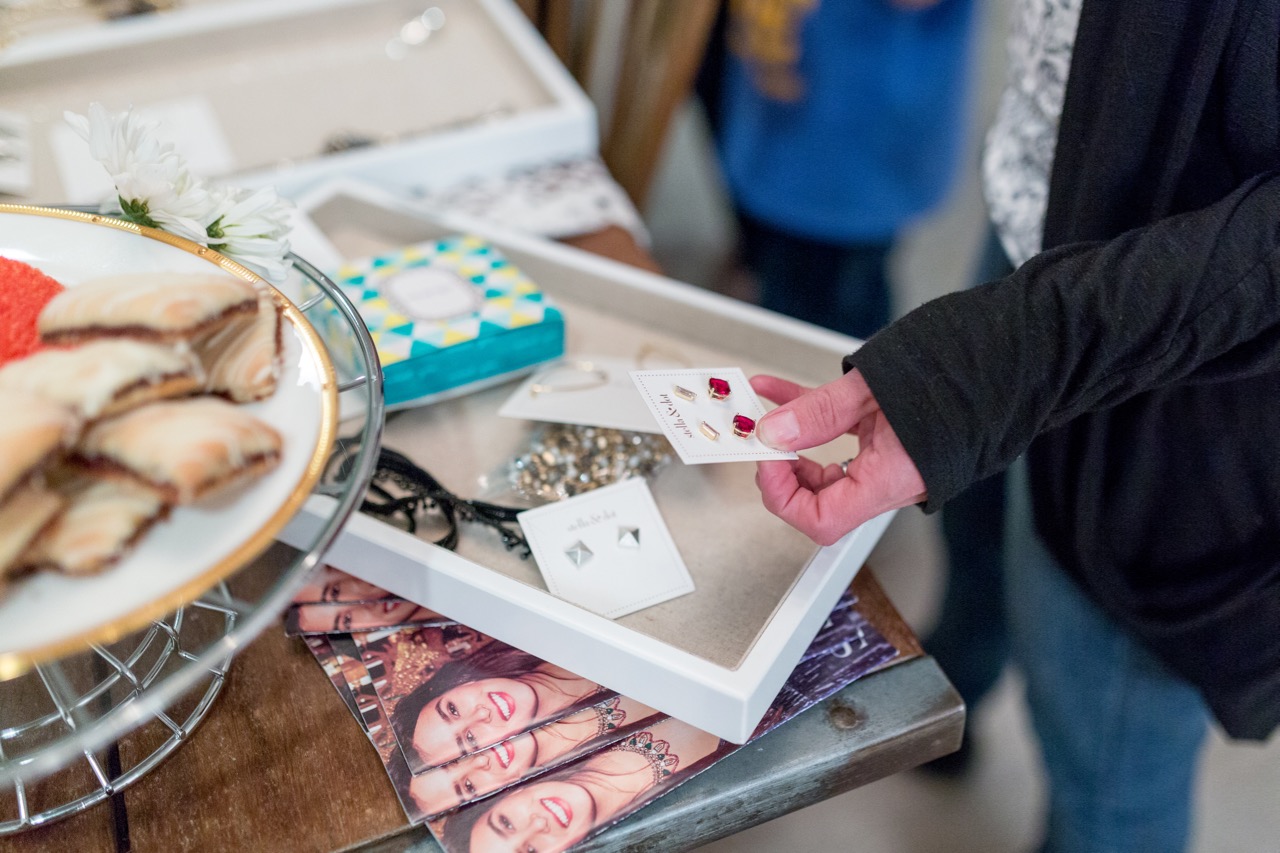 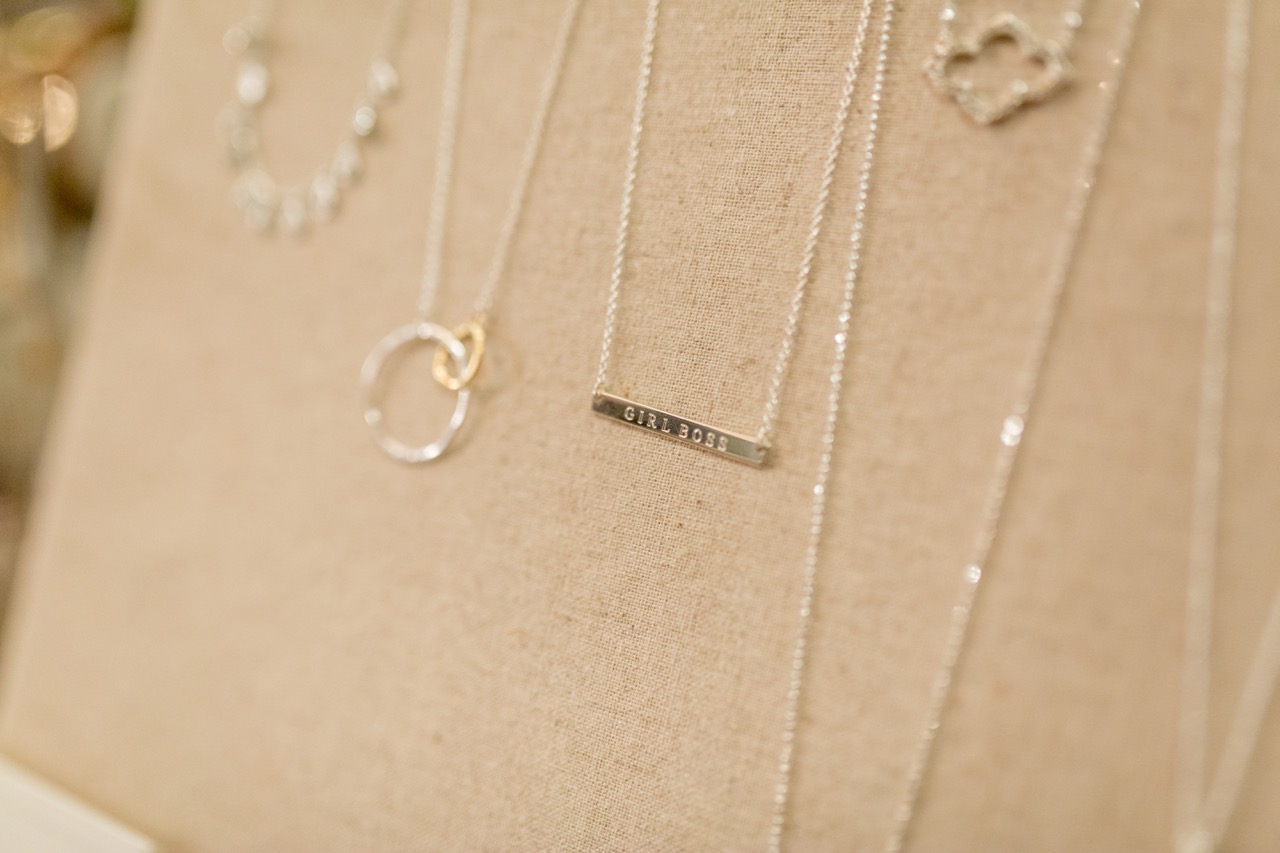 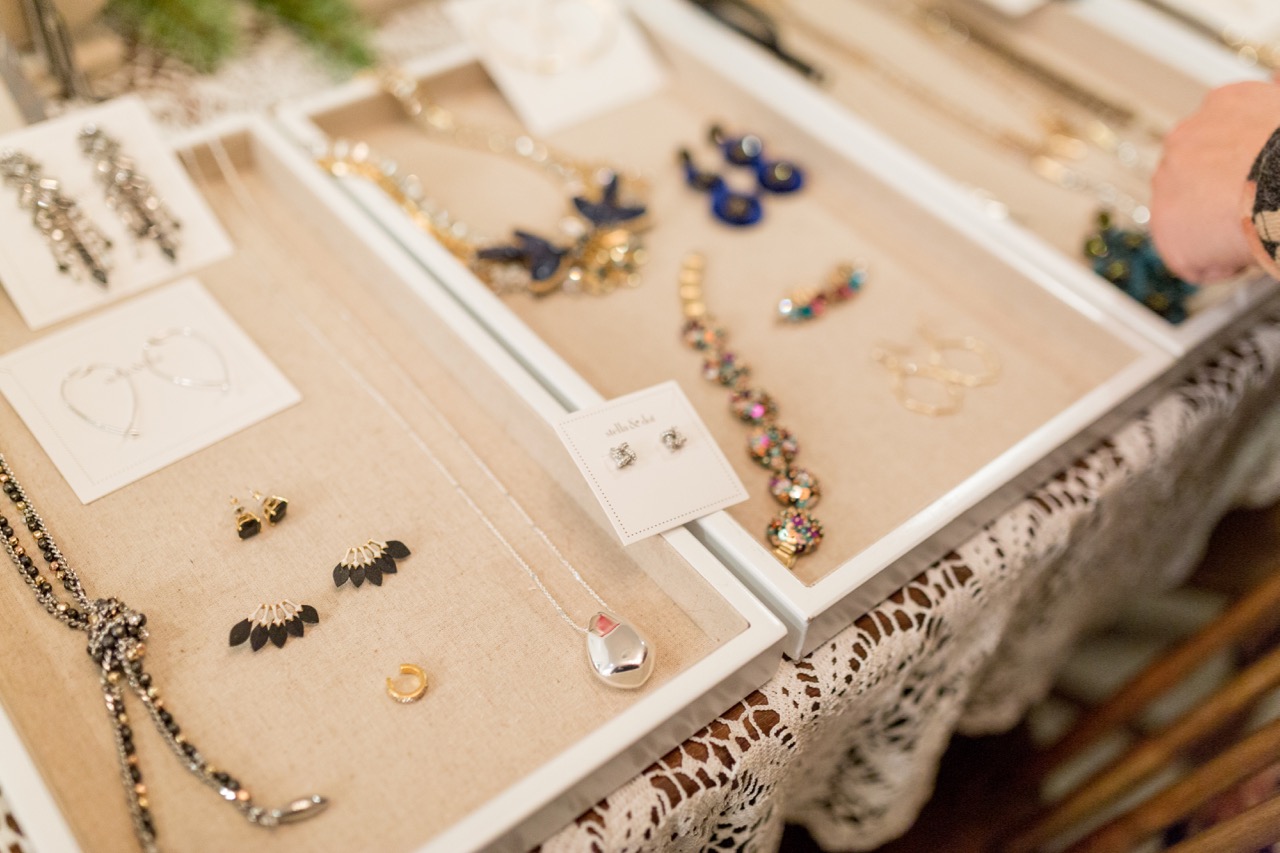