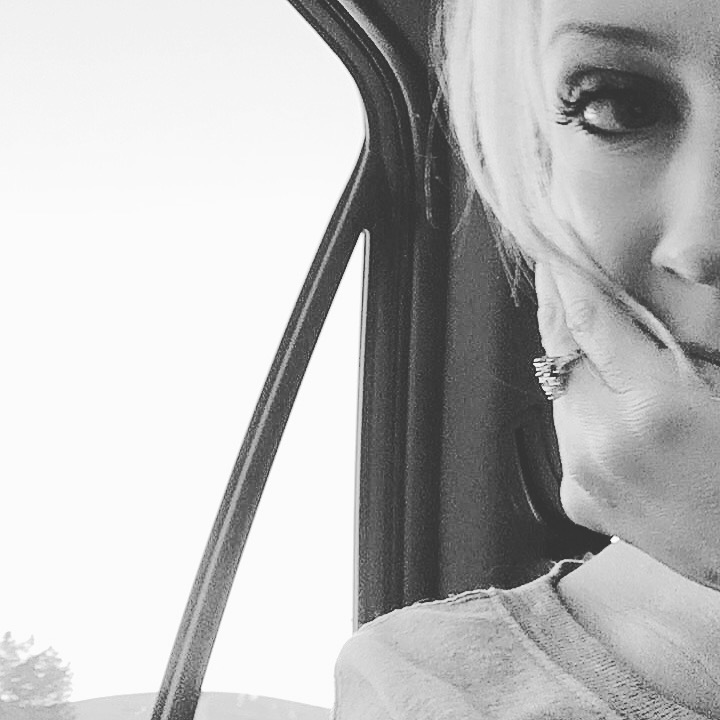 I posted a video to Instagram Stories yesterday, and I’m really annoyed at myself about it. In the video, taken outside my son’s piano teacher’s house, I said that I had just realized that I’d forgotten to bring his piano music to the lesson for the second time in a row, and said it feels sometimes like my life is just one Mom Fail after the next. I forget the music. I’m late to pickup. I don’t include vegetables in lunch (or dinner, sometimes). I love, love, love it when they’re watching TV, because when they’re watching TV I can breathe for a second.

The other day I ran into my friend as I was walking away from kindergarten drop-off – I’d been late, and had had to walk my son through the office (tardy slip! #momfail) – but she was later; so late that she wasn’t even bothering to rush. We laughed when we saw each other – no words needed, because we’ve both seen each other be “that mom,” the one frantically waving her arms and rushing past the horde of on-time parents walking in the other direction, yelling WAITWAITWAITWAITWAIT! while the door to the classroom shuts in our face.

Back to that video: My “I’m such a failure as a parent” video. I know that it’s a teeny, tiny thing, forgetting your child’s sheet music (even when you do it often). But as I dropped him off – flustered, my daughter crying from the car because she’d dropped her paper crown and couldn’t reach it, hurriedly trying to explain during the second between the door opening and it closing again that it’s totally my fault, I’m really sorry, I promise it won’t happen again – I felt ridiculous, like a cartoon of a disheveled parent. Surely the “real” moms out there remember their child’s music for piano class. Surely they don’t have to scream at their children to walk faster! in order to get them to class before the bell; surely they restrict screen time to an hour per day (weekends only!).

On Halloween morning I woke up at 6am. I made little spider-shaped peanut butter and jelly sandwiches for my daughter’s Halloween potluck, then poured two children into their clothing (costume over the outfit for one, costume in a separate bag labeled with the child’s name for the other) and jumped and waved from the sidelines of first one Halloween parade, and then another. I supervised a pumpkin pass game and an Octopus ring toss, and ran home to return some emergency emails and oversee the renovations that are going on in multiple parts of our house, and did all of this while wearing a pair of cat ears and a few whiskers I drew on with liquid eyeliner before the sun came up.

I am not a failure as a mother. And still: I notice every single time I drop a ball, and this happens so often I can’t even keep track. Right now, my kids are watching their third episode of a TV show whose name I don’t even know but am hoping is not emotionally scarring, licking Nutella off of spoons even though Halloween was two days ago and they probably should be eating, like, asparagus or something. My friend stopped by, and I practically fell over myself making excuses for the Nutella-and-TV situation. These were, of course, completely unprovoked; my friend could not possibly care less.

It’s me who’s doing the judging. Of myself.

So here is a message I would like to leave for my worst critic right here, just in case she needs a refresher one of these days.

Hey, me! You sound stressed, and pretty down on yourself.

Here’s the reality, because it’s easy to lose sight of it: you do a thousand little things every day, and very few of them get noticed by anyone but you. You might have gone to two different grocery stores because your kids like the peanut butter from one place and the ice cream from another, but they were busy arguing over who gets to be purple and who gets to be green (what?) and assume that when they eat peanut butter it is because it magically appeared in their mouth because they’re amazing. You may spend hours every day scheduling playdates, calling cable companies, signing up for classes, following up on school projects, compiling refinance documents, trying to find a babysitter for a date night so that your relationship stays semi-intact, and also, you know, getting your so-called “real job” done (because all the rest doesn’t count as “work,” of course; it’s just your responsibility!) – and at the end of it all, your partner may walk through the door, open the refrigerator, and ask you why you never screw the milk cap on tightly enough.

So I just wanted to remind you that I know what you do. I know that when you have to, you get it done, and you (usually) get it done well. And of course when you’ve been juggling a hundred balls for hours, days, weeks, and then you drop one, it’s easy to feel like a failure. But balls drop sometimes. That’s how juggling works. That’s how gravity works. And probability. And humanity. You know who never drops balls? Imaginary people. And you – yes, you – are a real mom.

I know I said I was leaving this message here for myself, but that wasn’t exactly true.

Hey moms? All of you, everywhere?

You’re doing a hell of a job. Know that; own that; celebrate that. You deserve it.