We Are Living In The Future 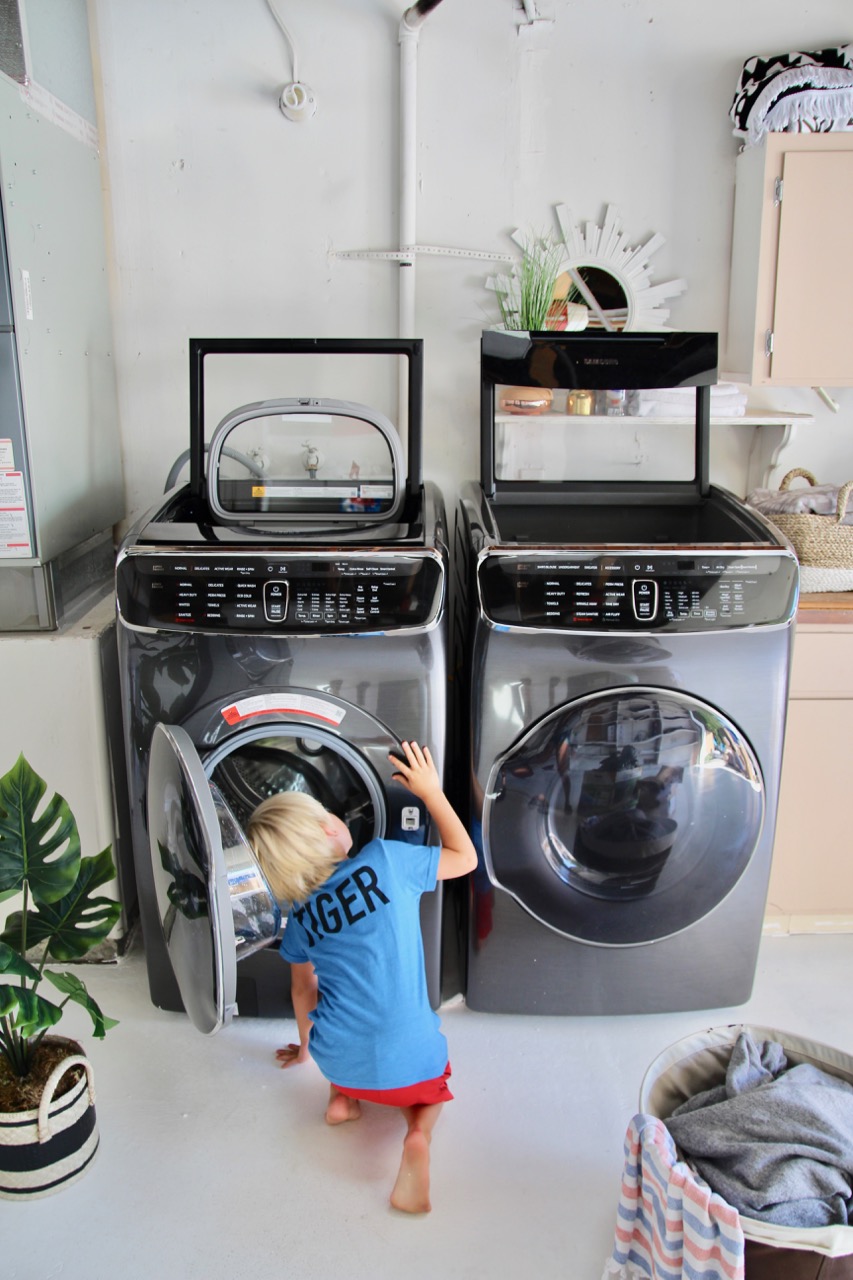 Usually, when I do a double-take at something, it is a pair of shoes. Or, I don’t know, a couch (I do love me some couches). It’s not particularly common for me to do one while wandering through the home appliances section of a department store, because it’s hard to get all romantic about a fridge or a washer and dryer, you know?

But a few weeks ago Samsung contacted me, asking if I wanted to work with them on a review of their new FlexWash + FlexDry washer and dryer. And then a few days after that I was in Sears shooting a video, and may wanderings took me through the home appliances section…and that’s when it happened:

I did a double-take for the ages. At a home appliance.

What home appliance was it that practically gave me whiplash, you ask? A washer and dryer that, upon closer inspection, turned out to be the exact same Samsung FlexWash + FlexDry washer and dryer that I was planning to review on this site. They were sitting on top of a platform and all lit up, and they were…can I say this about a washer and dryer?…SO. GLAMOROUS. (This is a 100% true story. And yes, I did say a little thank you to the blogging gods for writing the opening to this post for me.) 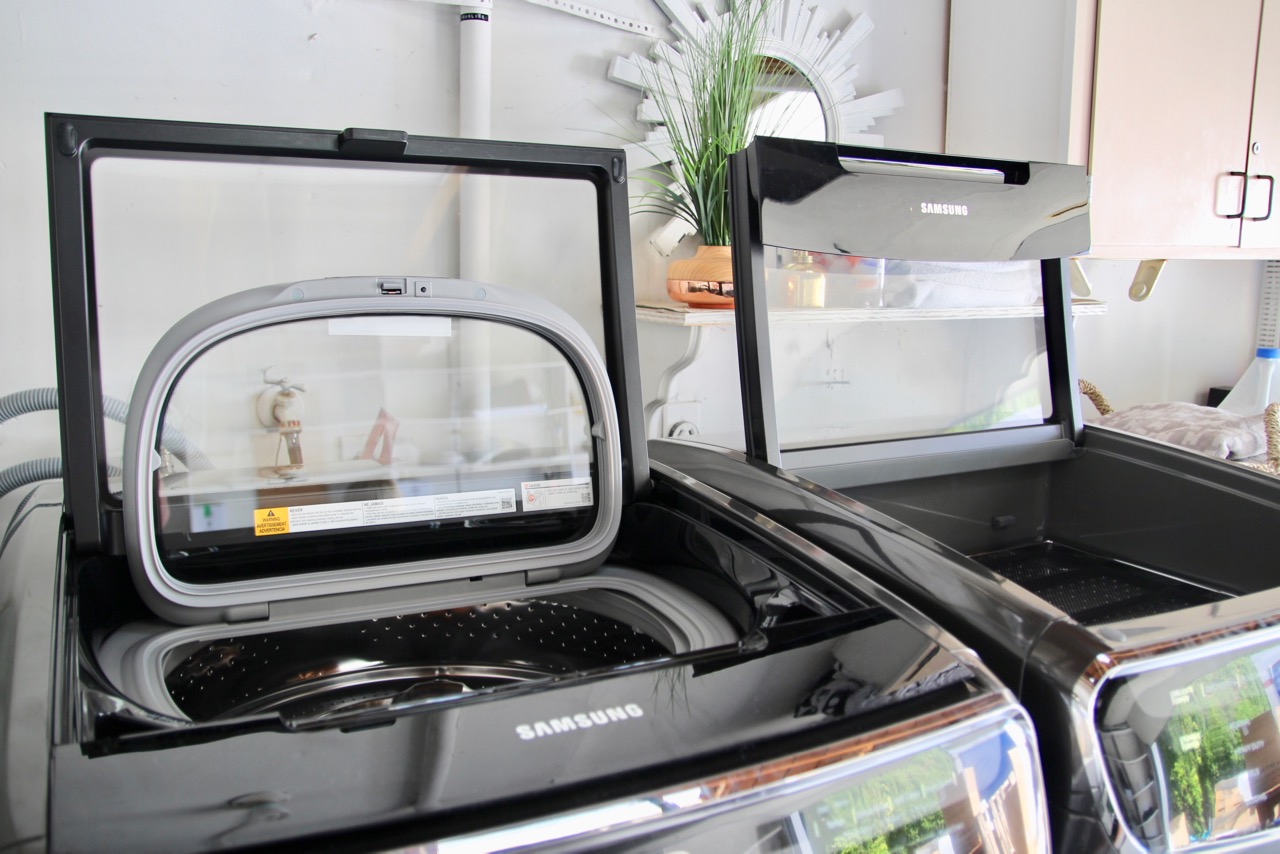 But let’s set aside aesthetics for a moment, because the key element of a washer and dryer is, of course, their ability to wash and to dry. With two kids and a husband who inexplicably perspires even when it is forty degrees outside and the air conditioning is on full blast (whyyyy?), I do a lot of laundry. You probably do, too. I don’t really mind laundry, as household chores go – I use the folding process as an excuse to binge-watch Black Mirror (so good) – but still: it’s time-consuming in the extreme. And I have one persnickety little thing that makes me nuts: you know how sometimes you have, like, two bright-red shirts? And you obviously can’t put them in with the regular wash because they’ll dye everything pink? And so you have to run a whole extra cycle just to deal with them? I hate that. Which means I tend not to buy red shirts, despite the fact that I do enjoy a good red shirt.

The FlexWash and FlexDry solve every single persnickety laundry issue you might have, including the Conundrum Of The Bright-Red Shirt. How? The FlexWash has two washers in one and the FlexDry has two dryers in one. Yep, you heard me. You can use the lower part of the washer to run a full load of, say, whites, while simultaneously washing your delicates (or your brights, or something that just needs to be separated out for whatever reason) on top. And then you can dry both loads simultaneously in separate sections of the dryer, and on separate settings (so again, you could dry your delicates on the top and a load of, say, sheets on the bottom), while also loading TWO MORE LOADS INTO THE WASHER.

In short: You can get all of your laundry – no matter how specific and annoying – done in about half the time that you ordinarily would.

Did I mention that these machines also cycle through loads forty-five percent faster than ordinary machines? Or that they’re super quiet? Or that you can use less soap and get an even better clean? Or that YOU CAN CONTROL THEM FROM YOUR SMARTPHONE?

We’re living in the future, kids. 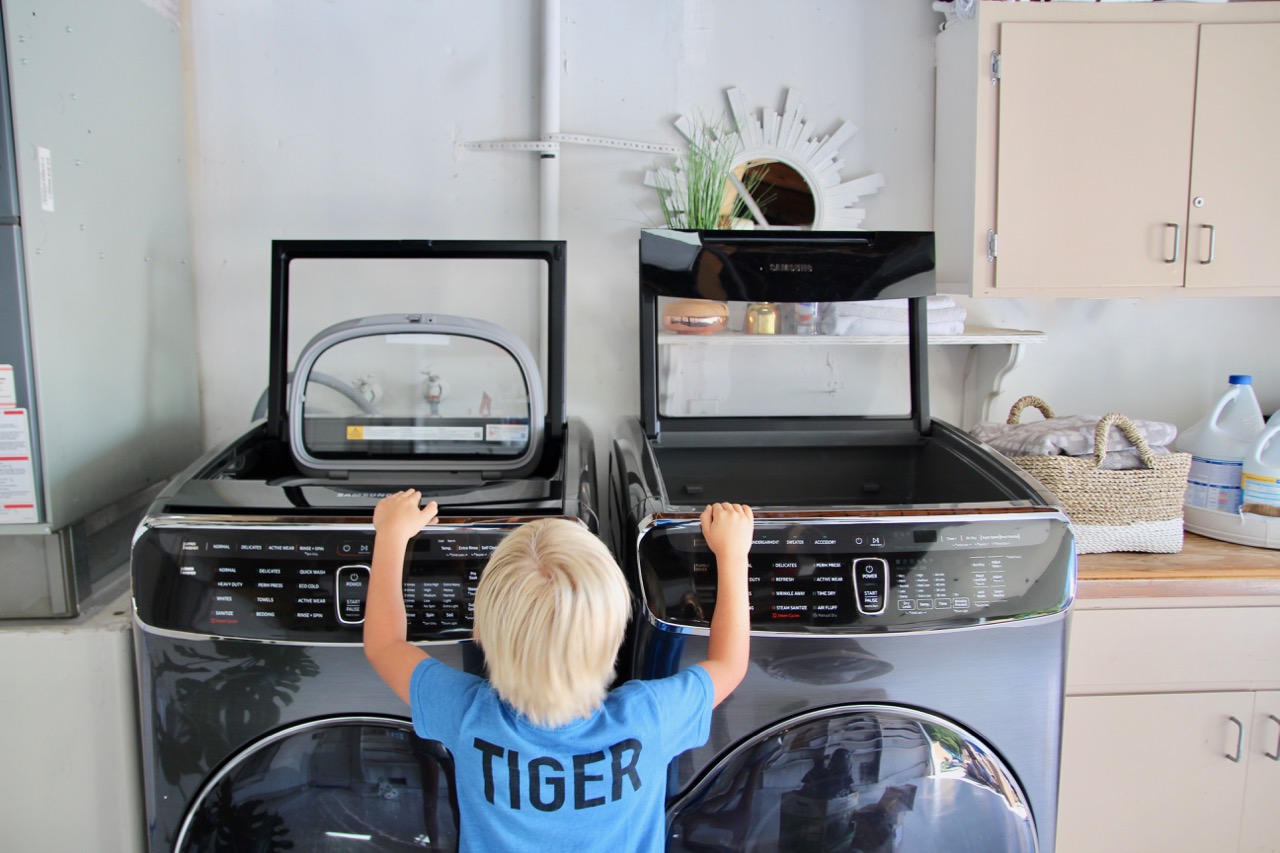 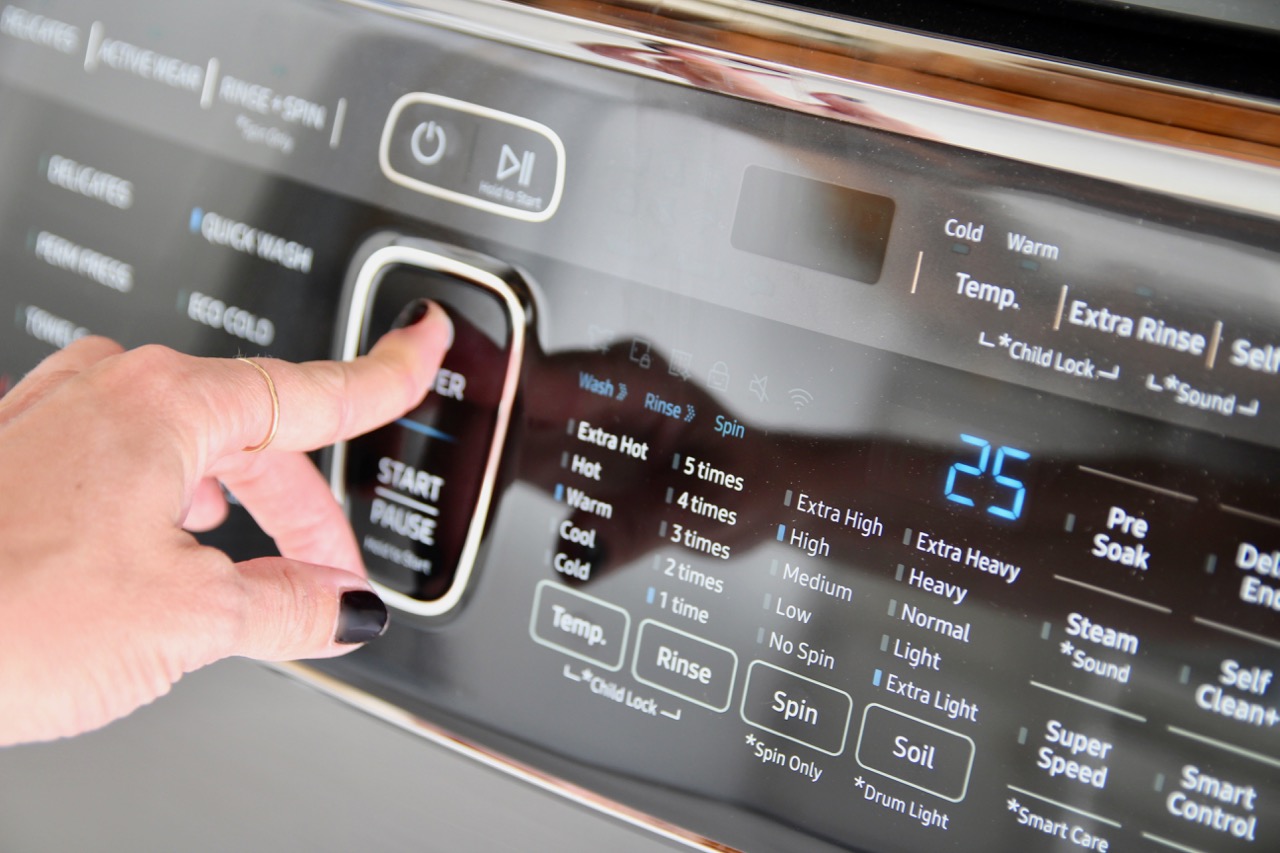 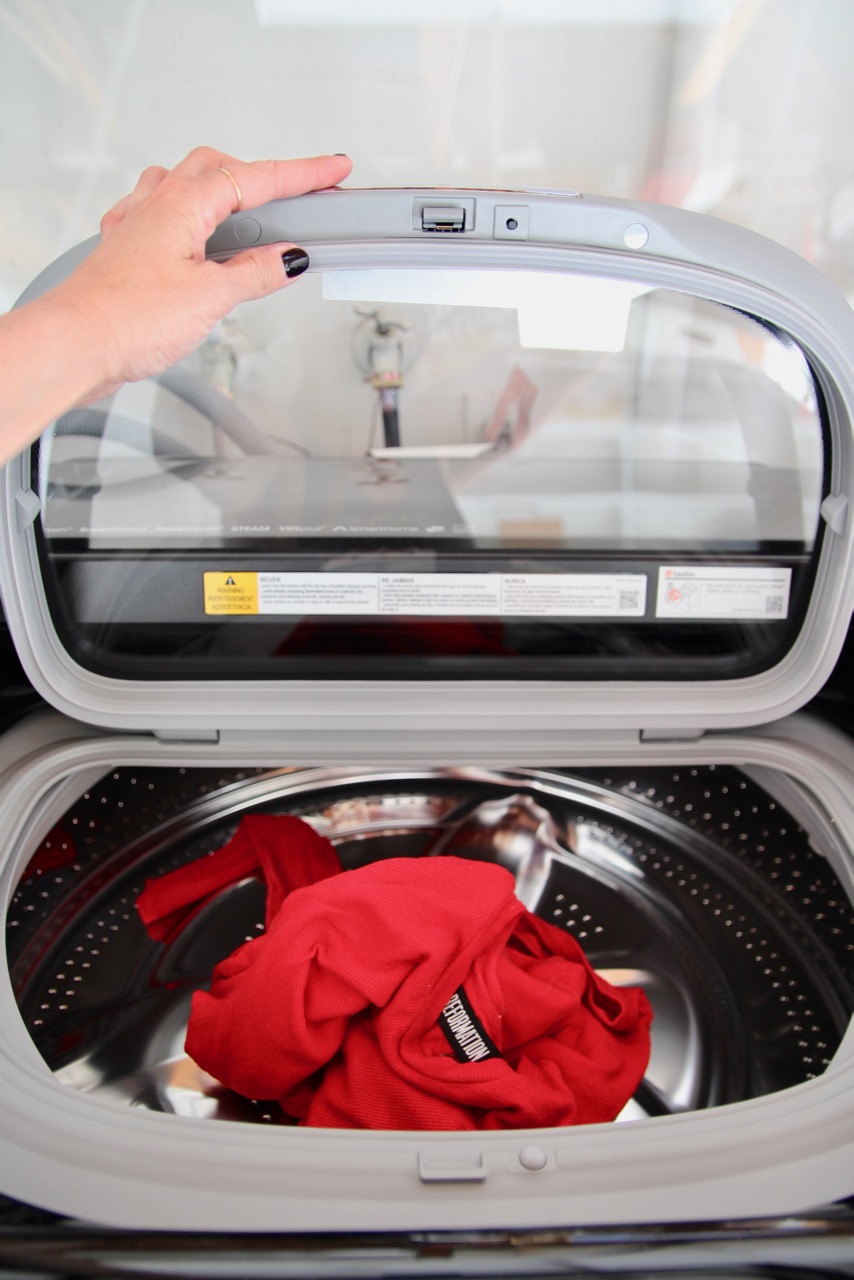 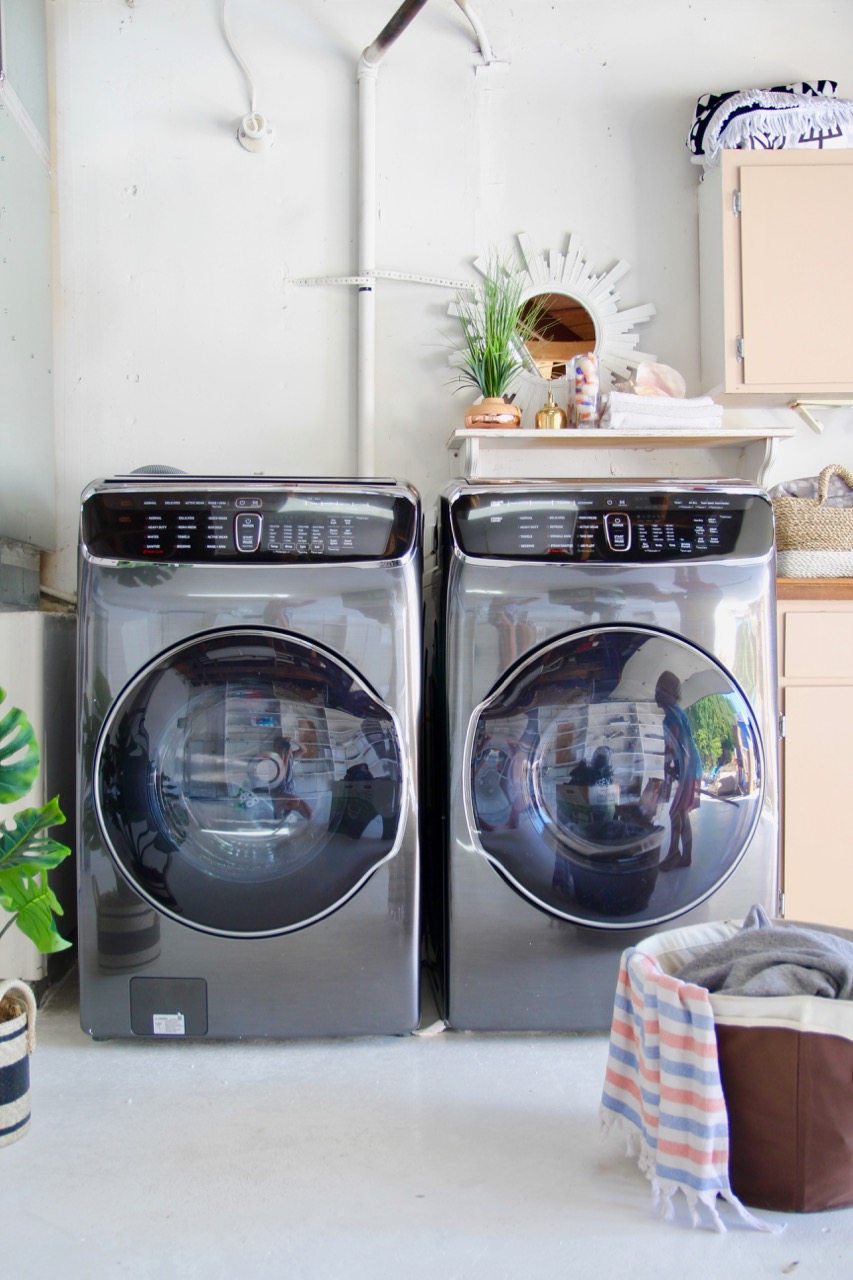 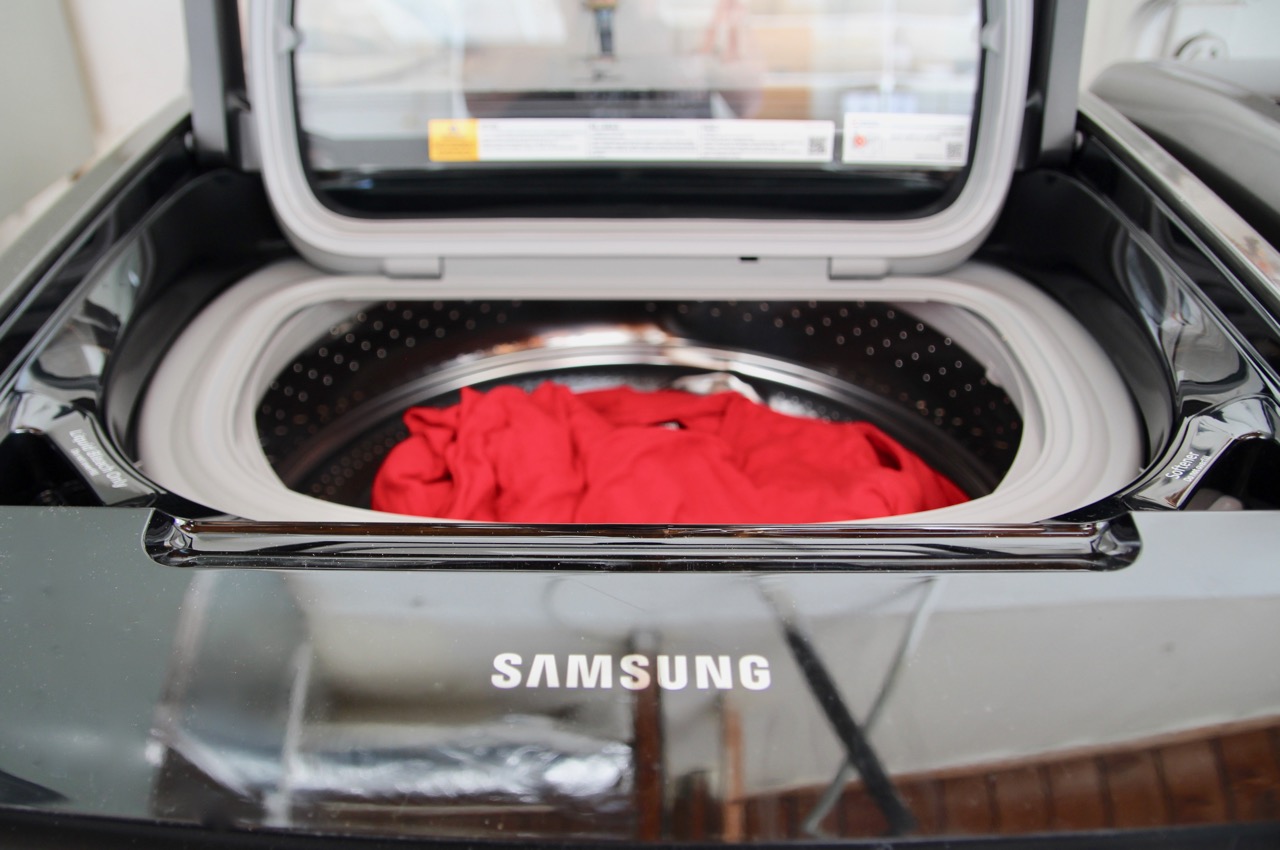 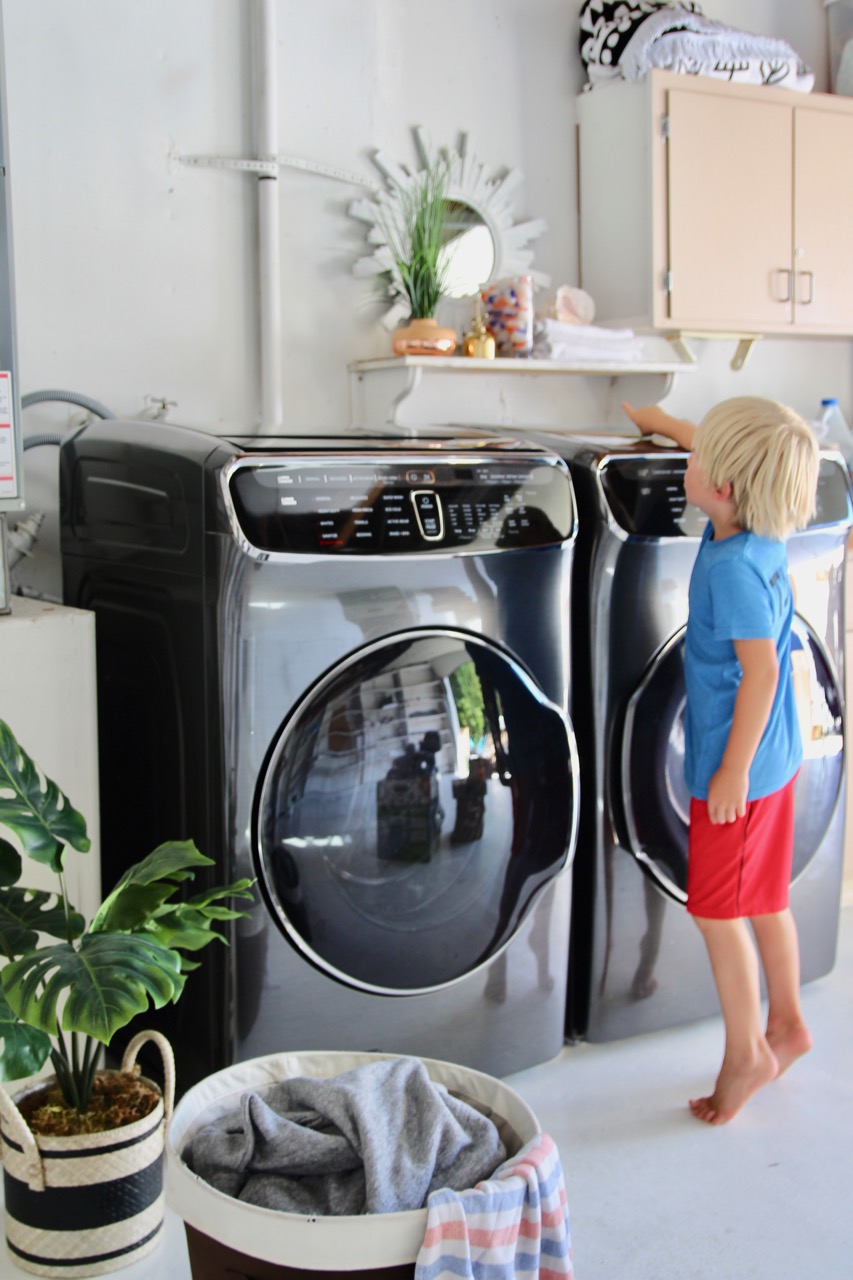