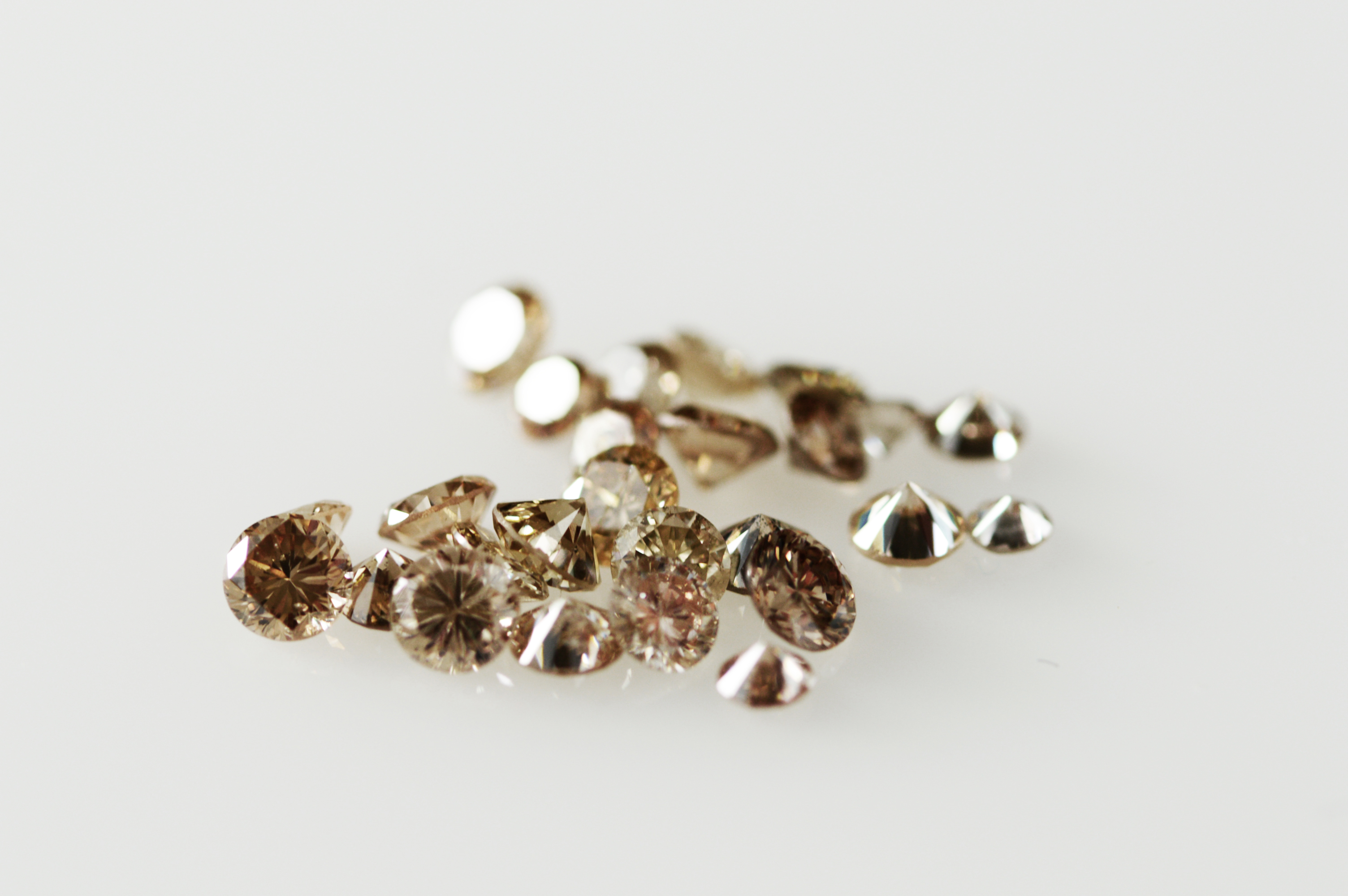 When I took my engagement ring into the jeweler a couple of weeks ago, we played around with some different ideas for what to do with it. I knew I didn’t want to just replace the missing diamond – at the very least, I wanted all three stones to be the same size, which none of them were – but ended up deciding that I wanted to replace the three little diamonds with something more…interesting. I also knew I wanted to deal with the ugly black spots that had popped up on it, and had resigned myself to dipping it in a fresh coat of gold (thereby eradicating the tiny 1950s-era handmade etches all over its surface).

The jeweler shook a few colored gemstones out onto the countertop, but none of them seemed right; all the colored stones felt too…sweet. Like I’d get sick of them. So I started flipping through a book, and landed on a page covered in pictures of brown diamonds. “Those,” I said. “I love them.”

Here’s the deal with brown diamonds: they are 100% real diamonds, but the brown color comes from impurities in the stone (which you’ll find in any diamond up to the top-rated ones anyway). They suffered a bit of a PR hurdle back in the day, being…you know…brown, and kind of the opposite of what people are typically looking for when they’re diamond-shopping, but eventually people started appreciating their offbeat chic. They were repackaged as “cognac” (dark brown, usually with orange-y undertones) and “champagne” (light brown, with yellowish undertones) diamonds so that they’d sound more appealing, and now they’re all over the place. 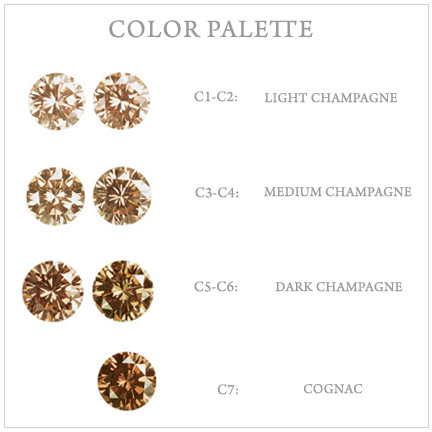 I adore them. I think they’re unexpected and stylish, and I also love how they look caramel-y and warm against yellow gold (I don’t really like how they look paired with white gold, platinum, or even rose gold; they seem to clash to me). Here’s the best part: even though they’re more popular than they used to be (which isn’t saying much), they’re still in low enough demand that you can snag one for a FRACTION (really, like a teeny-tiny fraction) of the price of a white diamond.

Here’s my ring before: There’s a missing diamond, the other two diamonds were differently sized, and there were odd black-grey patches on it (that I had been told couldn’t be removed without re-dipping the ring): 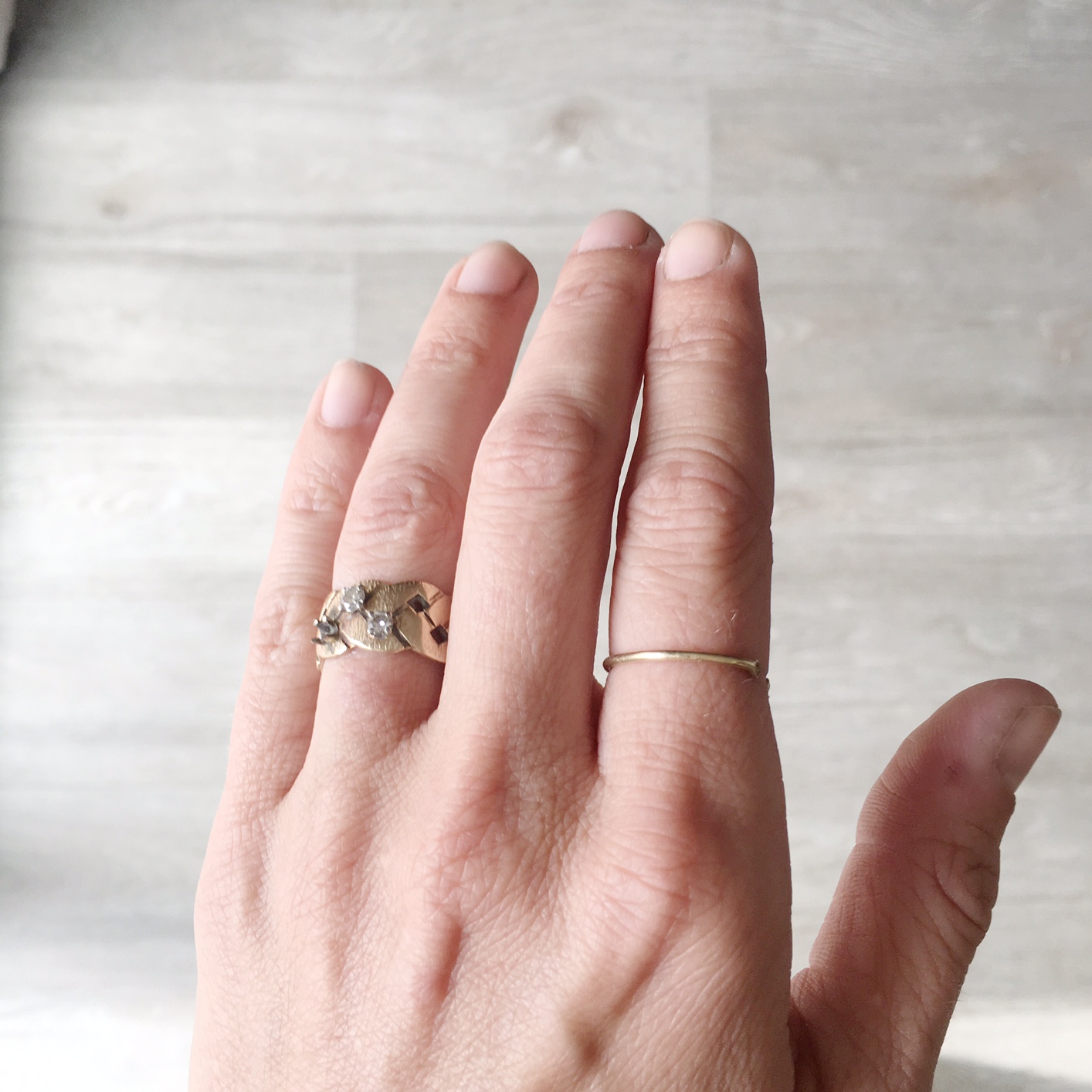 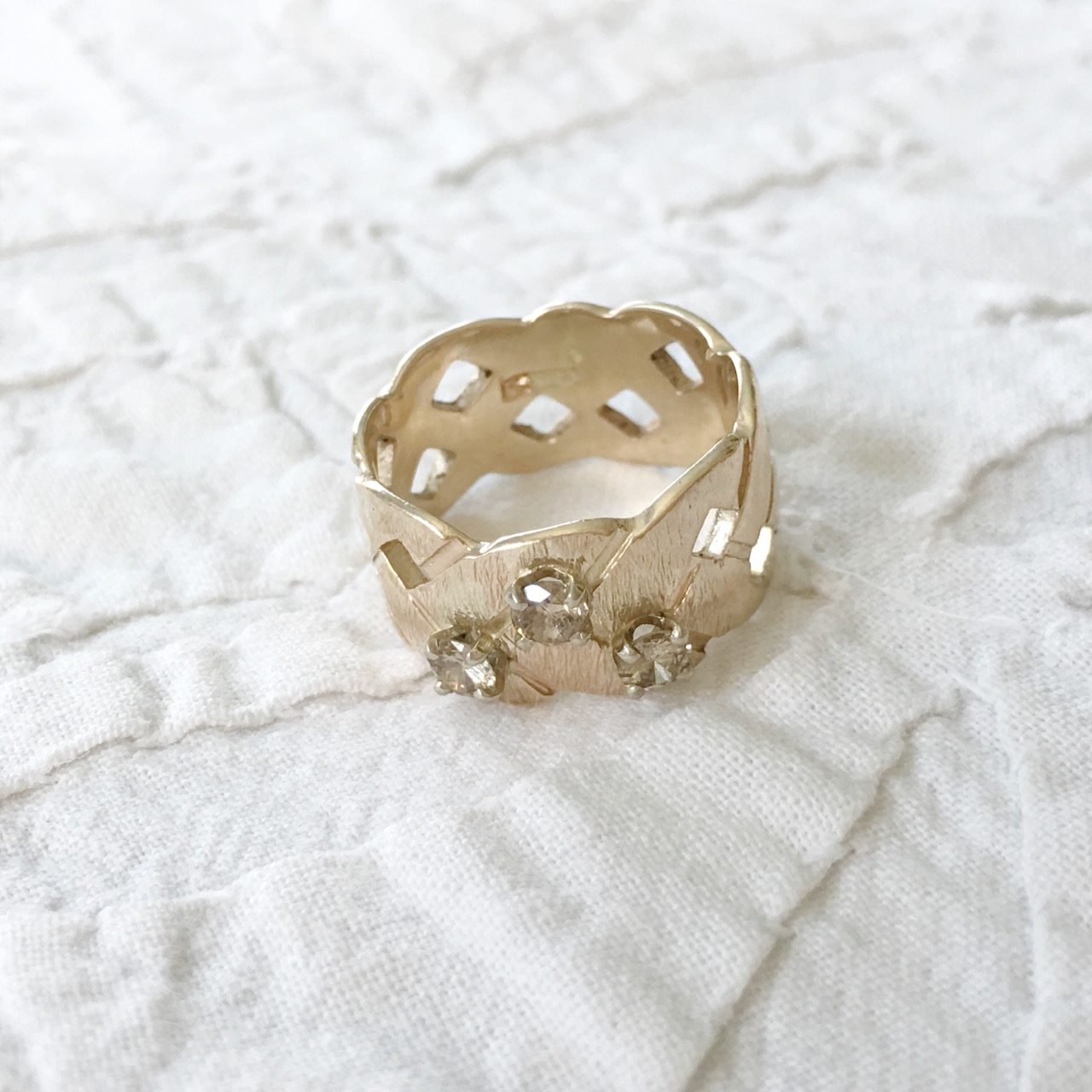 I had actually intended to get darker-brown cognac diamonds in my ring, but once I saw how the champagne diamonds looked against the gold – sort of sandy and warm, they almost disappear into the ring save for their sparkle – I decided to go with those. The total price for three diamonds and the labor: about $200. (Really.)

So we’ve established that cognac and champagne diamonds are chic and subtle and different, and all those things are good. But here’s another reason why you might want to consider a champagne or cognac diamond: They’re really good at looking like their more expensive counterparts. A light champagne diamond, for example, can easily pass for a pale yellow diamond. And if you’re doing a gold band with embedded diamonds, champagne diamonds look incredibly similar to white diamonds (but, again, are a fraction of the price).

If you need a few more reasons to consider one of these stones, here are twelve. 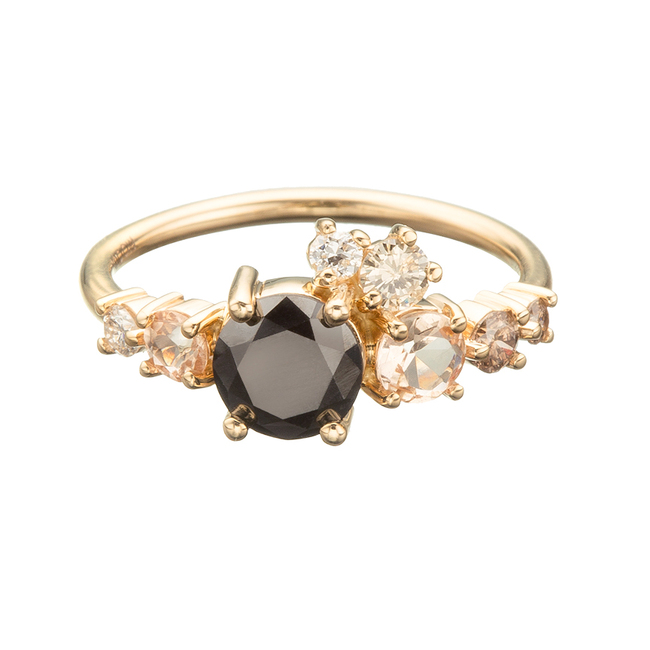 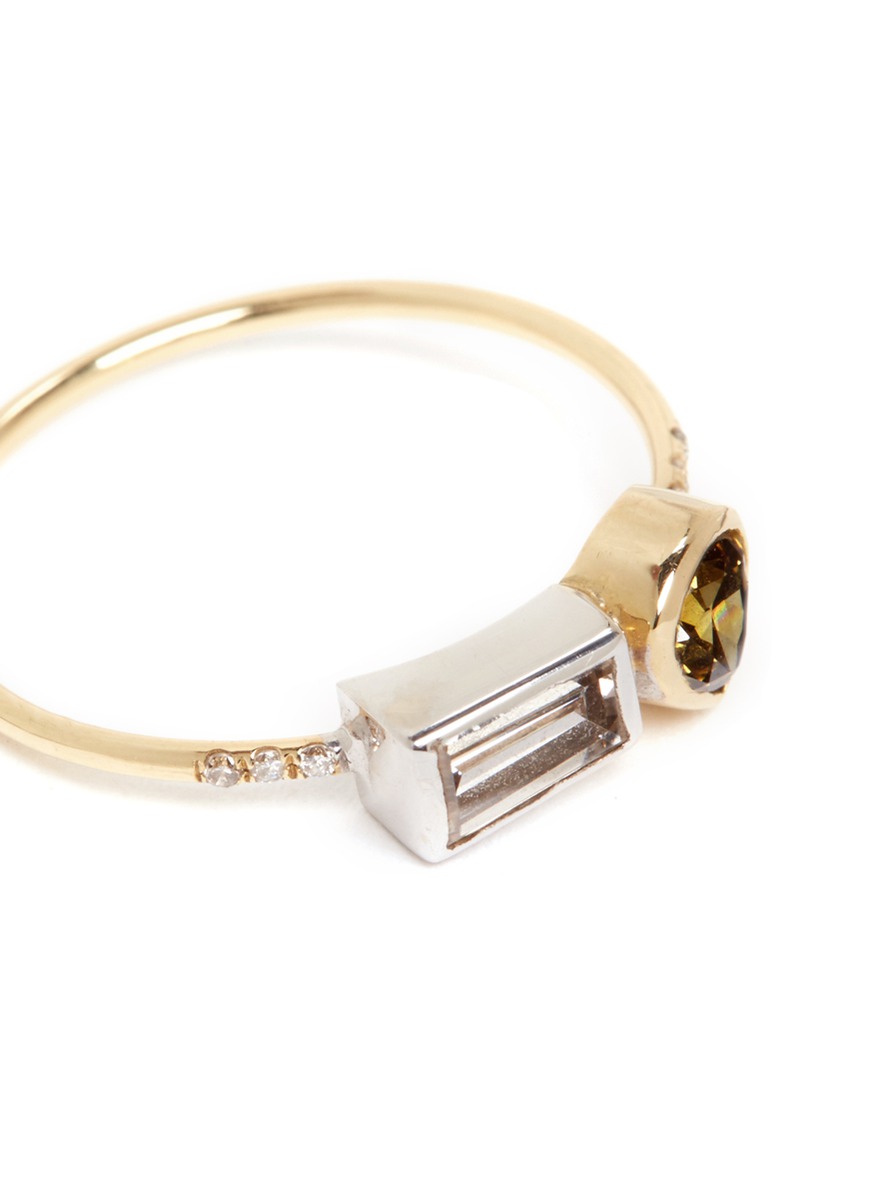 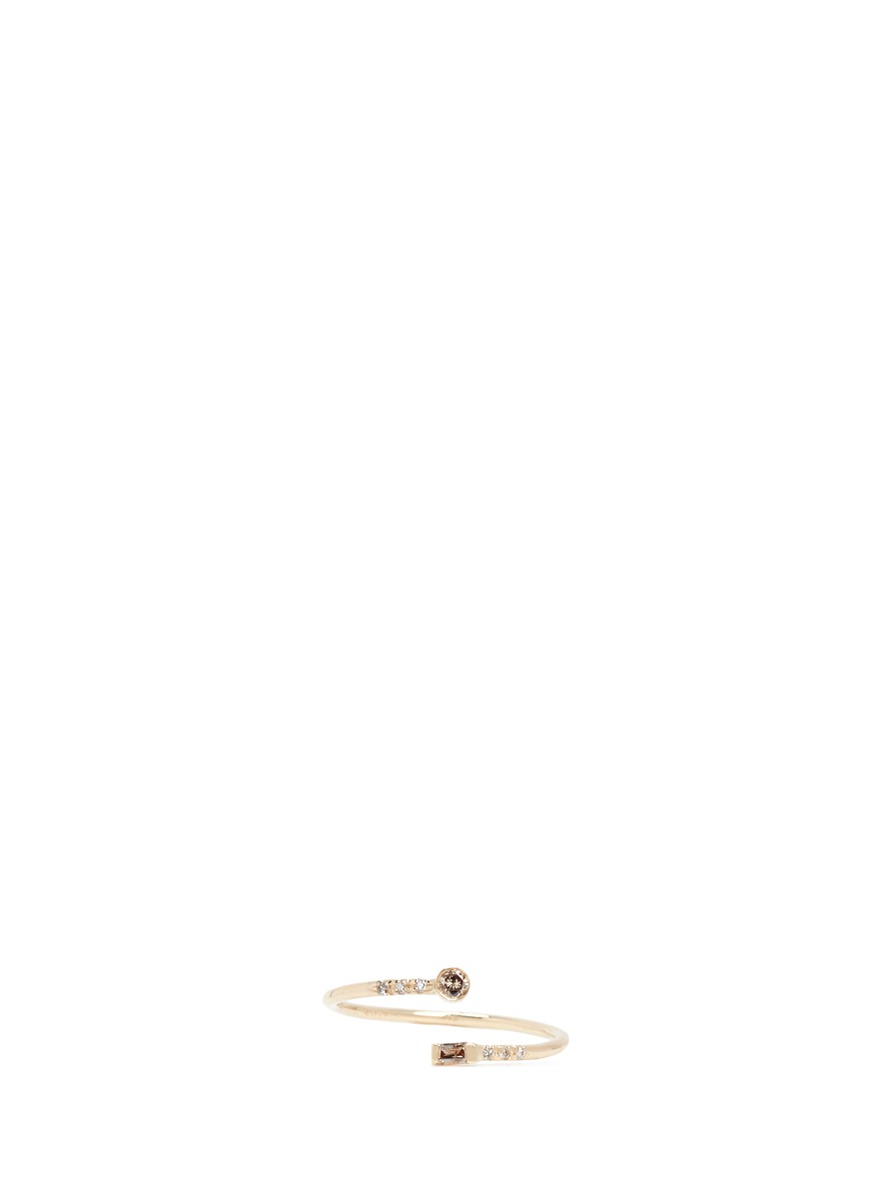 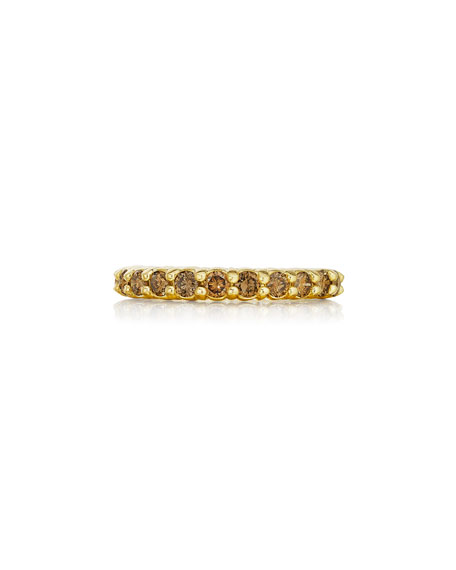 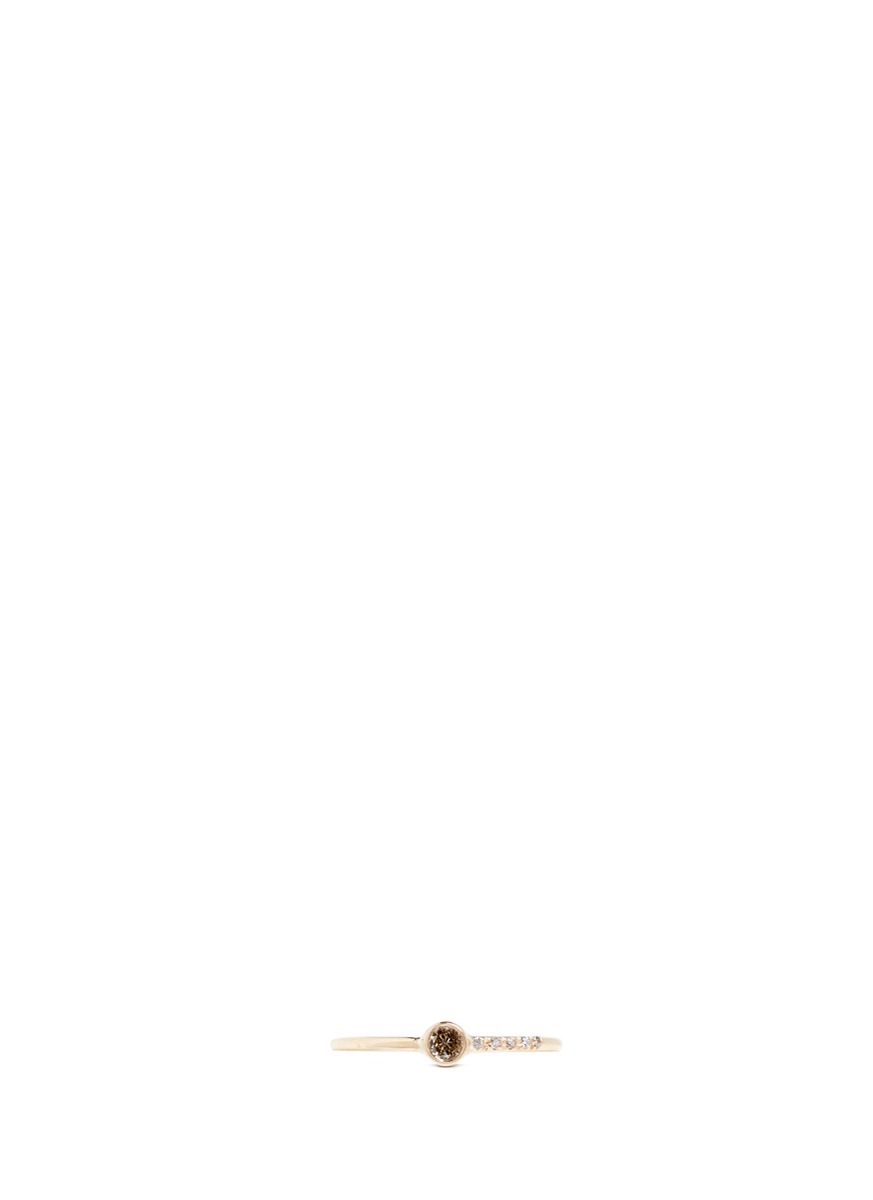 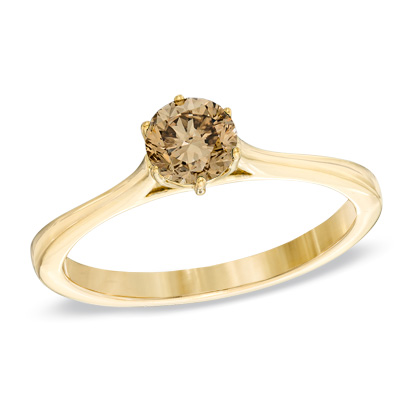 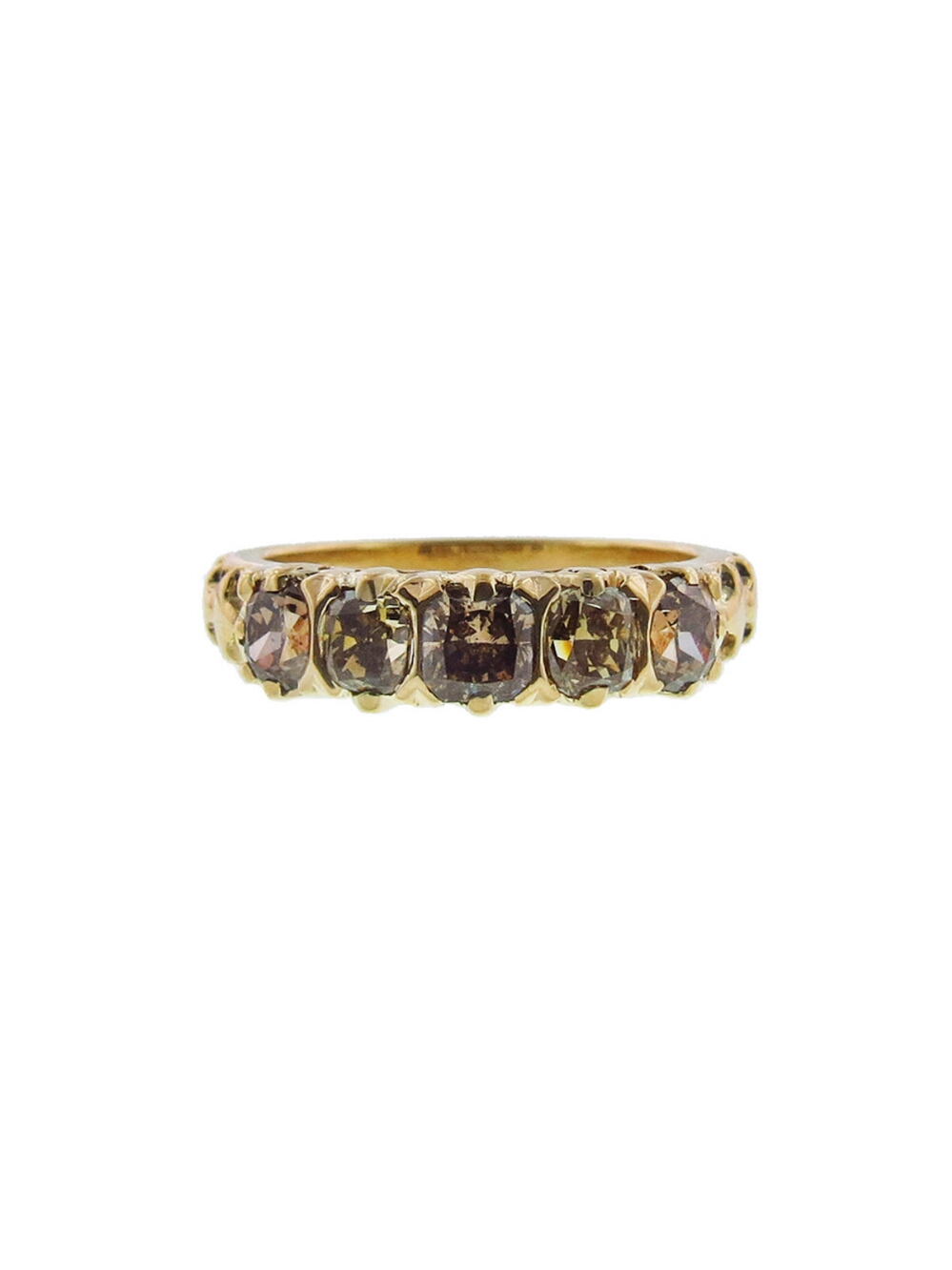 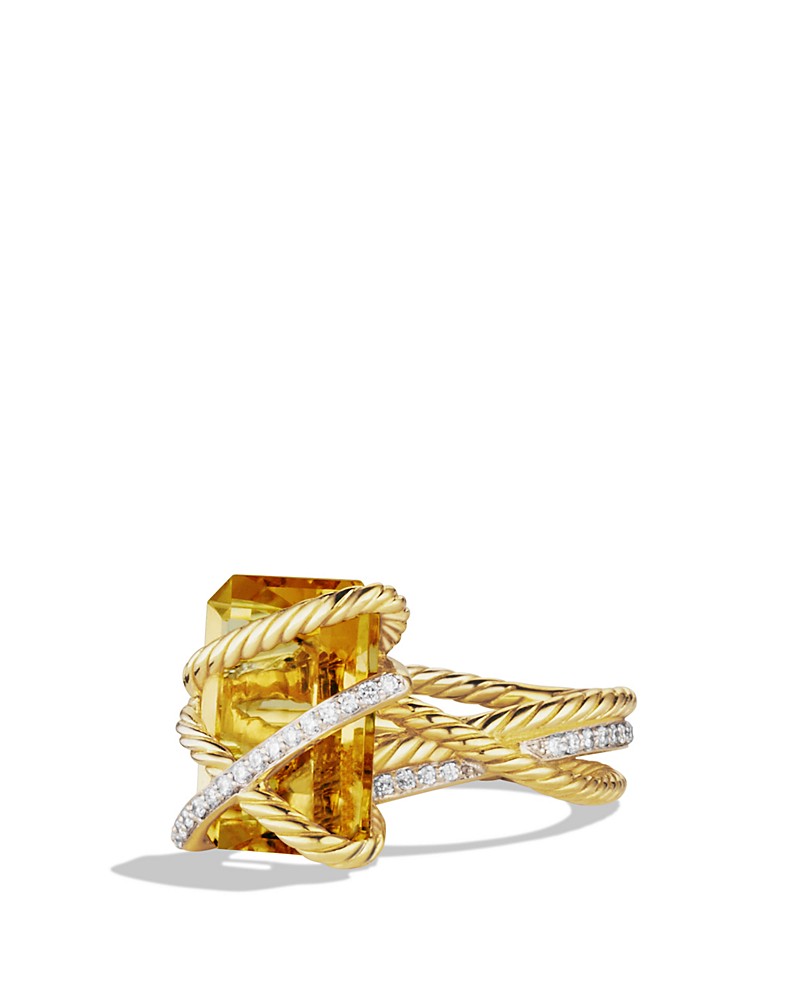 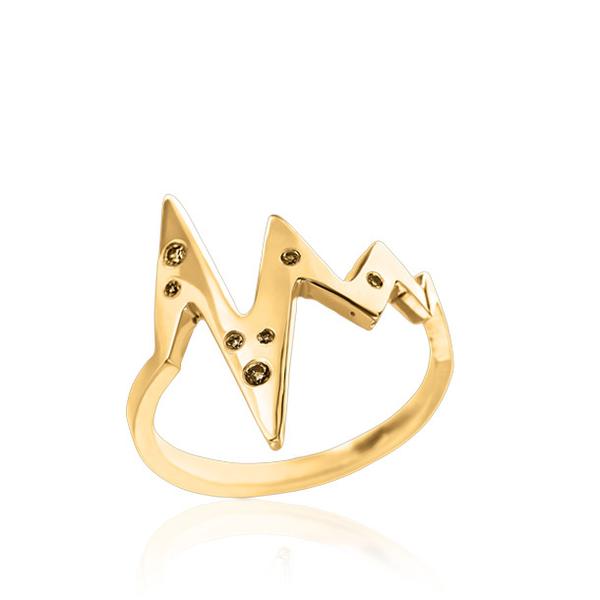 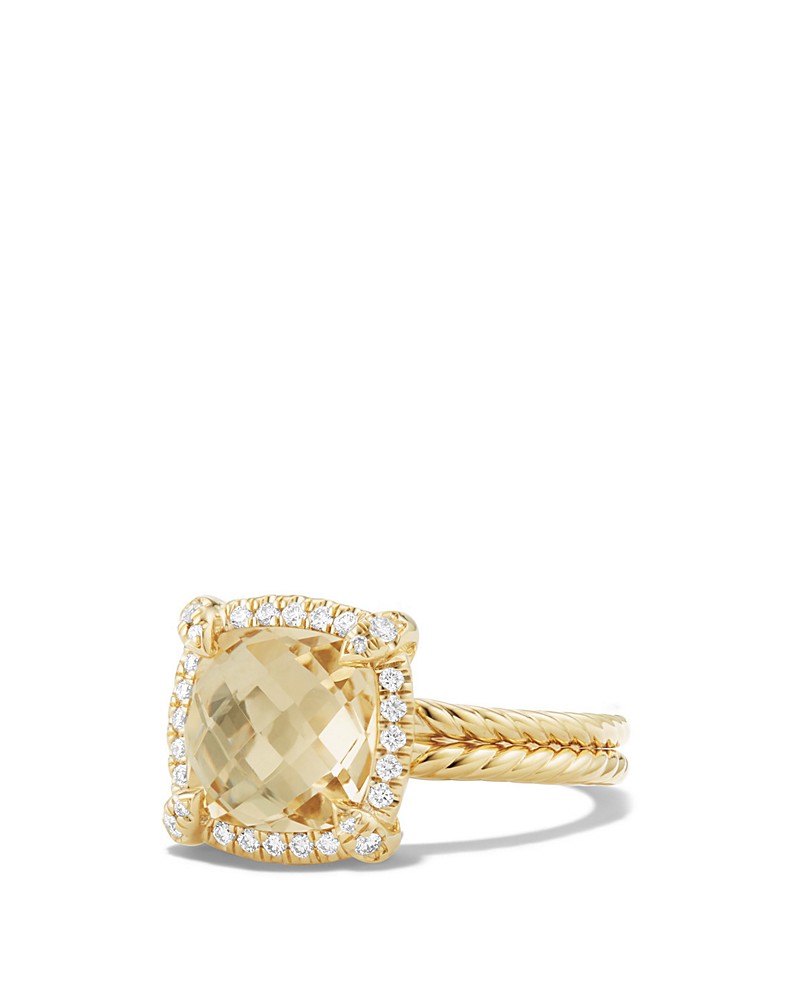 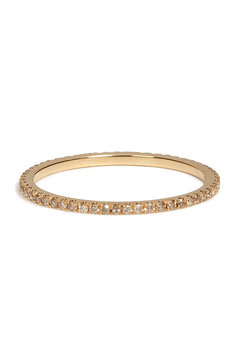