Breaking Out The Breakables 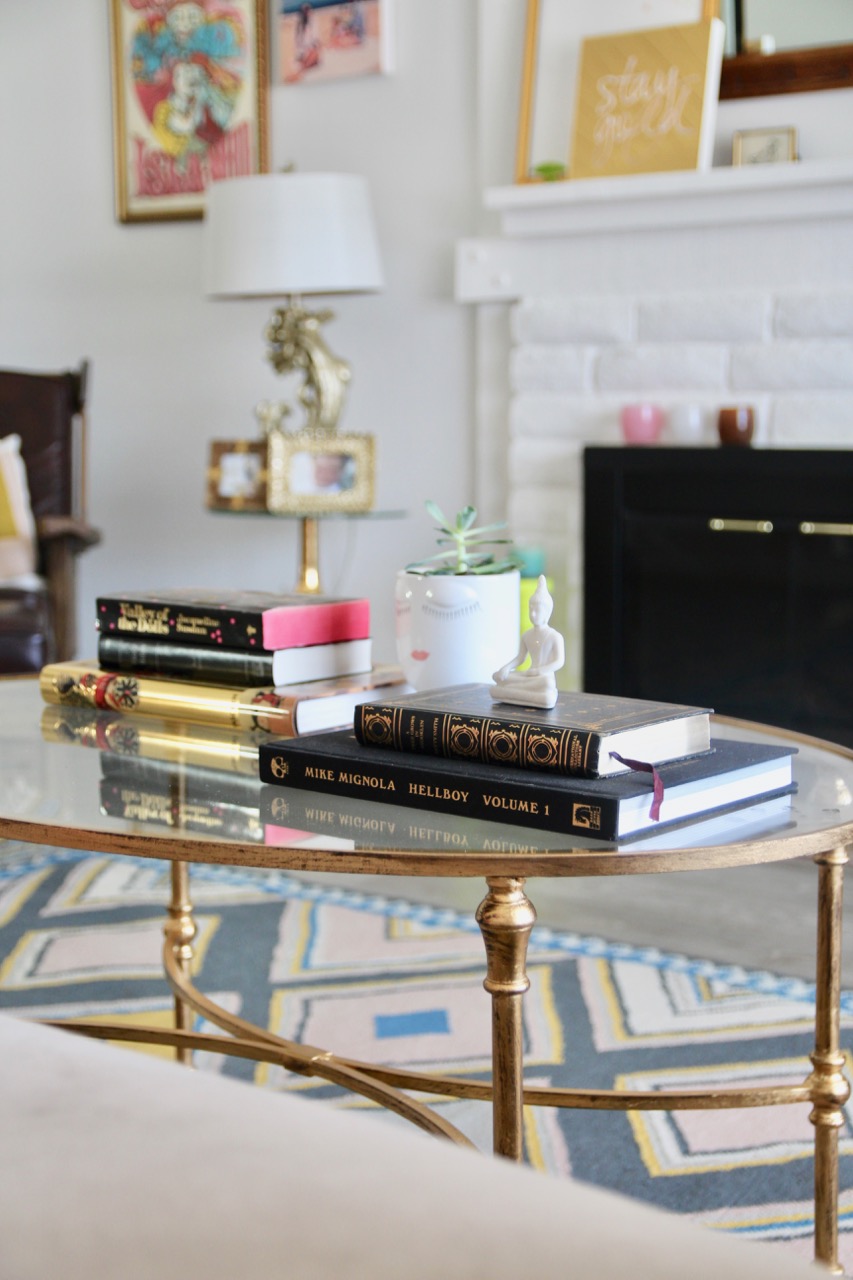 When I was pregnant with my son, I asked my parents whether they’d babyproofed for me, already pretty certain what the answer would be, because they did things like put me in a backpack and then drive around New York City on their motorcycles. And sure enough: “No,” they said, “Why would we do that? We just told you not to touch things. So you didn’t.”*

Why has no one ever thought of this before?! You just tell a child not to do something, and then they simply listen to you! GENIUS.

Armed with this obviously foolproof approach, I set about doing the exact same thing with my own child, theorizing that if I let our home remain fairly adult-y, he’d be better-equipped to handle himself in other people’s non-child-proofed homes, in public spaces, etc. I did the basics, of course, but I left our table edges uncovered, only locked up cabinets with actual chemicals in them, and never purchased one of those seat-lock thingies that make your toilet impossible for anyone – adults included – to open.

And?! IT TOTALLY WORKED. Even as a very little kid our son was neat, and careful, and didn’t touch things that he might break. He never messed with lit candles; never picked up random glasses or bottles with the goal of drinking from them; never drew on furniture or broke toys or smushed his food into our couches. It was pretty great, and meant that we could take him to not especially child-friendly places (like the houses of friends who didn’t have kids), and feel reasonably certain that we wouldn’t have to VenMo over a few hundred bucks for damages once we got home.

I was super smug about this, of course. When, a few years back, my friend’s child came over to my house and literally tried to drink the melted wax out of a candle sitting on my coffee table (we stopped him; he was fine), I thought to myself, “If only she had just told him not to touch such things. Myyyyyy child would never pick up a candle.”

Protip time. Here is what happens when you get smug about something as a parent: God hears you, and laughs, and makes sure you never get smug again. Because it turns out that our son is just a careful kid, and my parenting techniques had virtually nothing to do with this. I know this because our daughter was given the same exact treatment, and oh my god, she is a different type of human.

If she sees something that she’s not supposed to hold, the first thing she is going to do is hold it. And if you tell her to put it down, she will respond by clutching it to her chest and making a break for it, like the world’s cutest bank robber. She has plucked the hair off of my beloved hide chairs (noooooo), and topped off her work by removing one of the gold studs, never to be seen again. She has rubbed glitter into the boards of our dining room table, which now have a permanent sparkle. She has shattered glasses, and un-potted plants, and sometimes, when she sees dog poop, she thinks to herself, “THAT. That right there is a thing I need to touch.”

So over the past two years, we’ve learned to keep the things we don’t want her to touch in untouchable places, because it’s all fair game for her. Vases, picture frames, candles, jewelry – if she can get her hands on something, she will do that, and then she will F that thing up.

Now that she’s almost three, though, she is finally sooooort of willing to listen when we tell her that certain things are not for touching. She’ll point at my (balding) hide chairs and say, “Those are not for touching. I’m not going to pull them.” She’ll go over to plants and sort of pet them, but leave them rooted where they are. She still cannot be permitted to exist in the same orbit as my computer or camera, but baby steps.

In response to this new development, I decided to live dangerously, because why not push my luck, right? 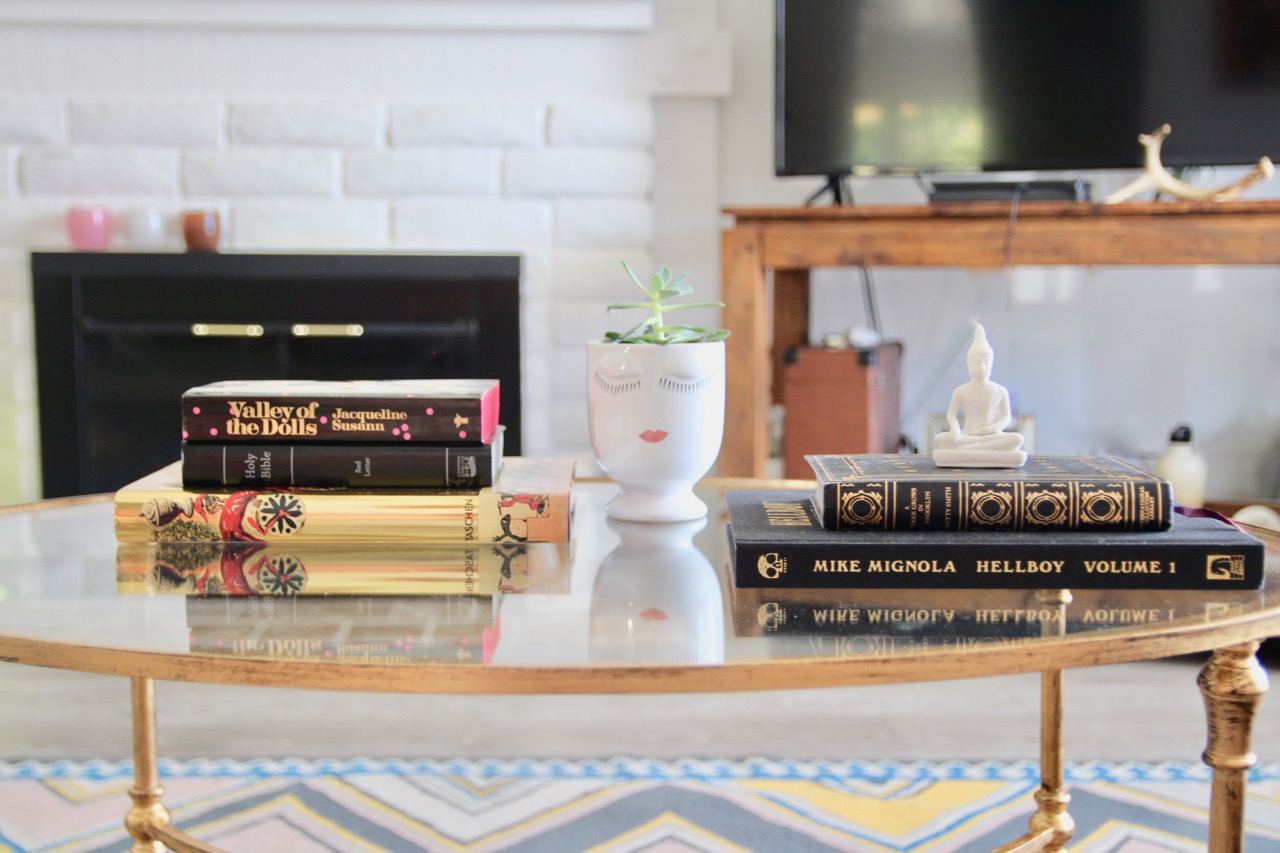 What did I do? I bought the beautiful glass-topped coffee table that I’d been fantasizing about for a few months, and then decorated it with things I do not want touched or broken. And sure, the first morning after my coffee table makeover, my daughter came into my room and woke me up by handing me the tiny ceramic buddha that I had placed on the coffee table and told her that I very much need to stay right there, please, and sure, one day I found my beloved limited-edition copy of Valley of the Dolls flung into a corner, but ever since those little setbacks it’s been…fine, actually.

It has now been a week, and my lovely coffee table display remains intact. It feels like a metaphor for the next phase of our life, when we get to start reclaiming parts of our lives that get subsumed by the insanity of very, very young children: getting to sleep more than five hours in a row, getting to plan activities that don’t revolve around naptimes, and, yes, getting to once again put out tiny ceramic buddhas and embrace the possibility that they might remain in one piece.

I’m not going to lie: after a few years of beglittered tabletops and tomato sauce-covered rugs, I’m pretty excited about that.

*This is clearly either a total coincidence, or a classic case of parenting amnesia.

P.S. The fact that this post was written clearly means my daughter is going to destroy something later this afternoon, because that is how it works. 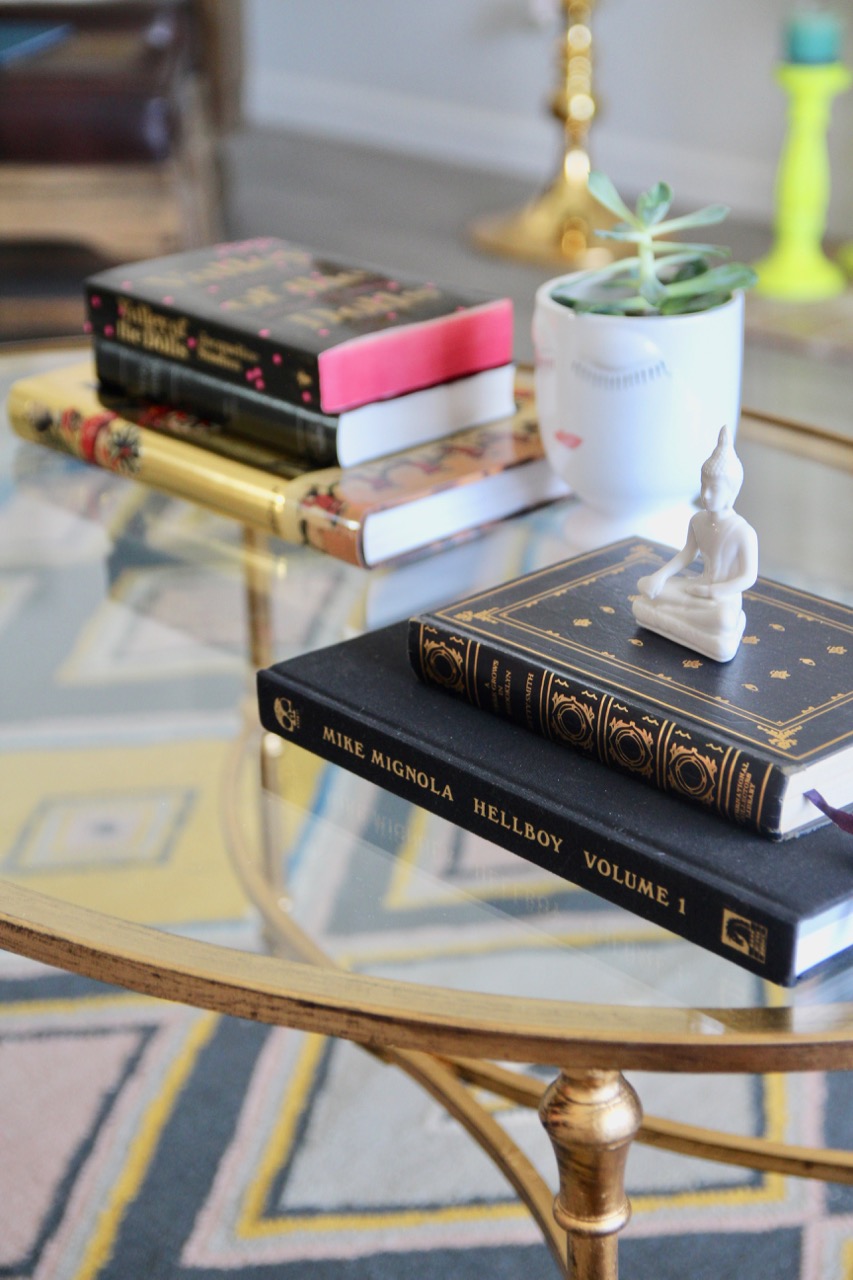 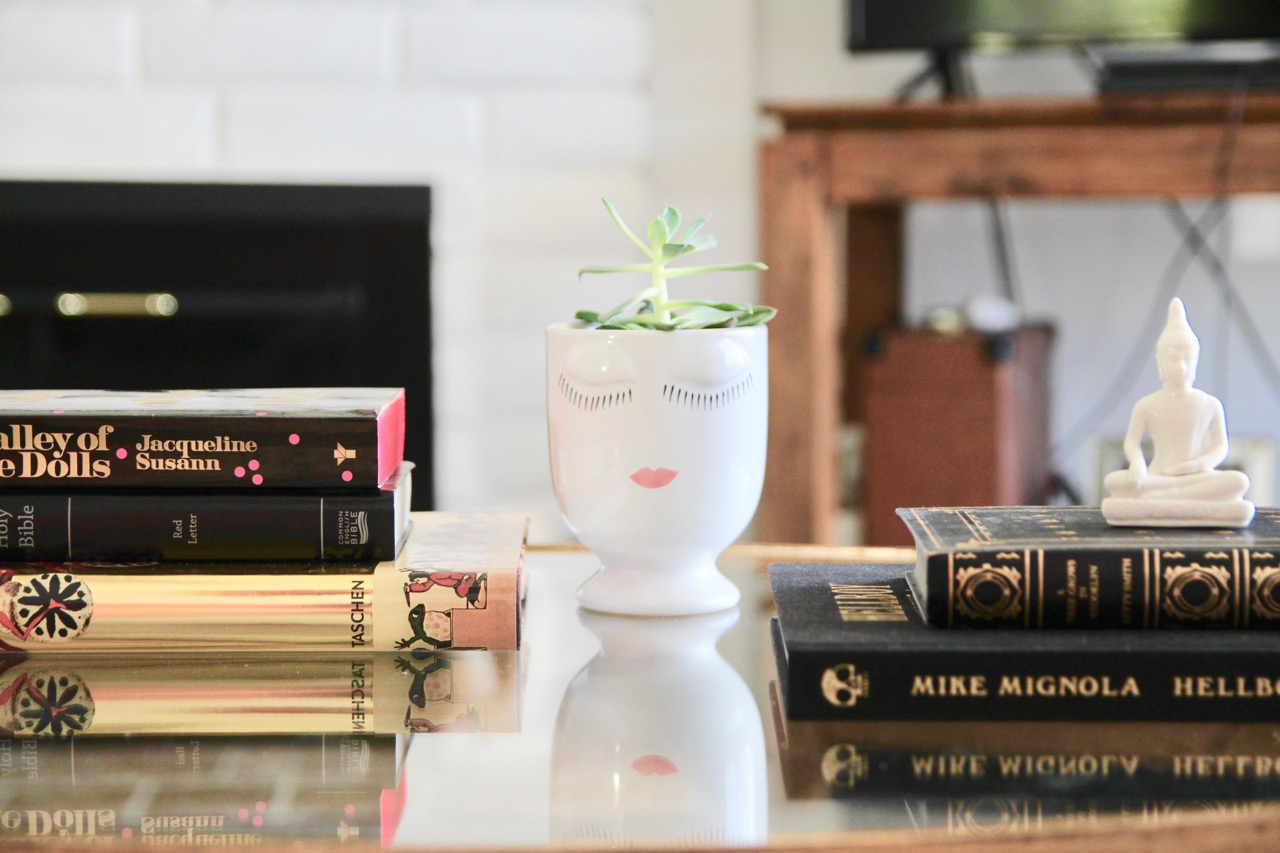