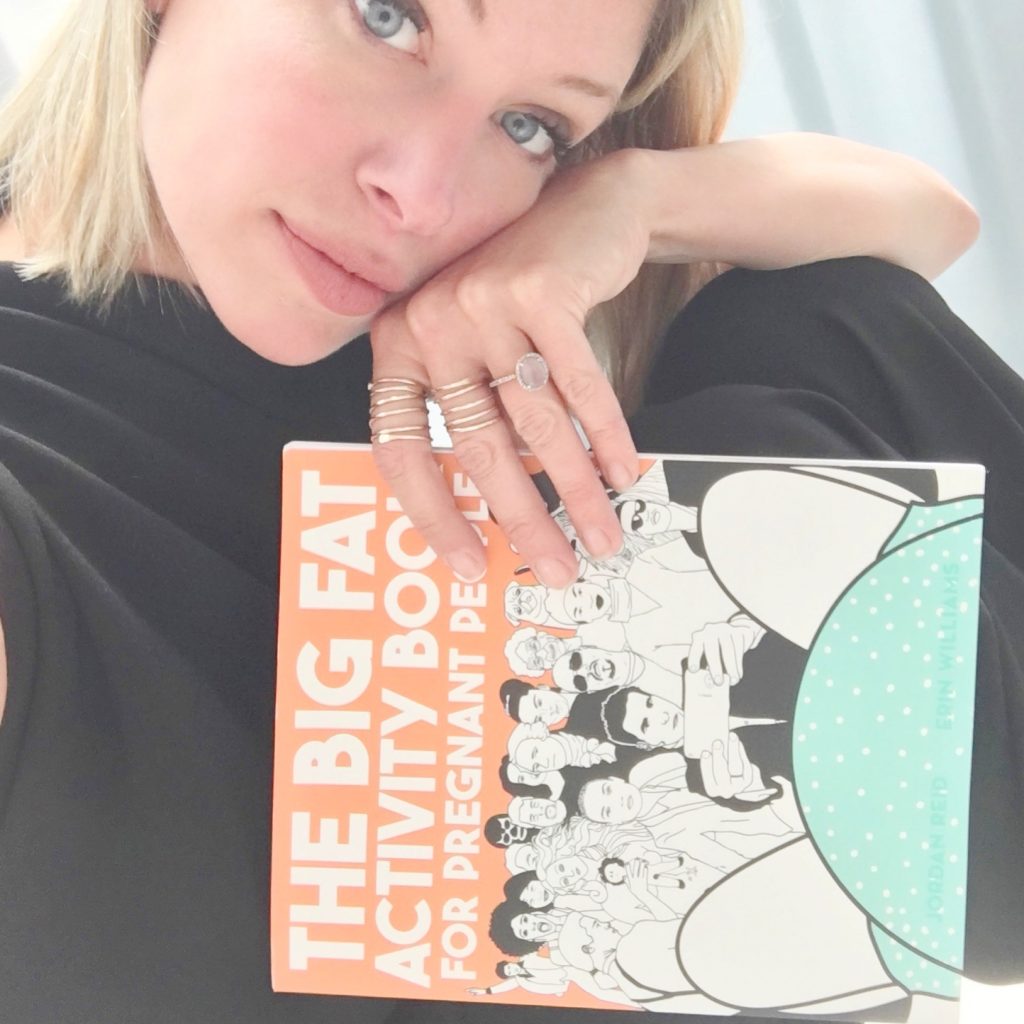 I think I lived six or seven lifetimes yesterday. It literally did not stop from the moment I opened my eyes at six until the moment my head hit my pillow at midnight.

Oh, excerpt for once. I have this little quirk: interacting with other human beings in an environment where the focus is on me generates this very specific kind of stress that has the unfortunate byproduct of making me fall asleep. You know those fainting goat videos? Like that.

So yeah, I fell asleep flat on my stomach on my parents’ bed an hour before I was due to walk onto a stage and talk about pregnancy for an hour and a half. I did end up making it on time, but my micro-nap had the effect of making me a little loopy, so I went ahead and told an audience of strangers about that time when I was giving birth to my second child and was so terrified of having a repeat of my terrible, horrible, accidentally natural first birth experience that I hit the little GIVE ME DRUGS button as often as I possibly could, which meant that by the time my daughter came into the world I was a very special kind of high that made me think it might be a good idea to pull a Kourtney Kardashian and pull my daughter out…myself. The teeny tiny iota of my brain that was still functioning properly at that moment very fortunately alerted me to the fact that this would be an extremely bad idea, so I went ahead and let the doctor handle the baby-extrication process, but oh man, it was close.

All of my books have been “personal,” of course, but something about this book brings out the next-level oversharer in me.

Anyway. Right now I’m sitting in Erin’s car, personal hotspot on, my daughter in the backseat fighting with Erin’s daughter over who gets to hold the stuffed ice-cream cone, on my way to the Hamptons for our event tomorrow afternoon (come!). I’m practically spinning from how busy these past couple of days have been (and in anticipation of how busy the next few will be), and so: photo diary it is. Mostly because typing in a car makes me want to vomit, and I want to keep my relationship with Erin intact by not throwing up in her Subaru. At least until the tour is over. 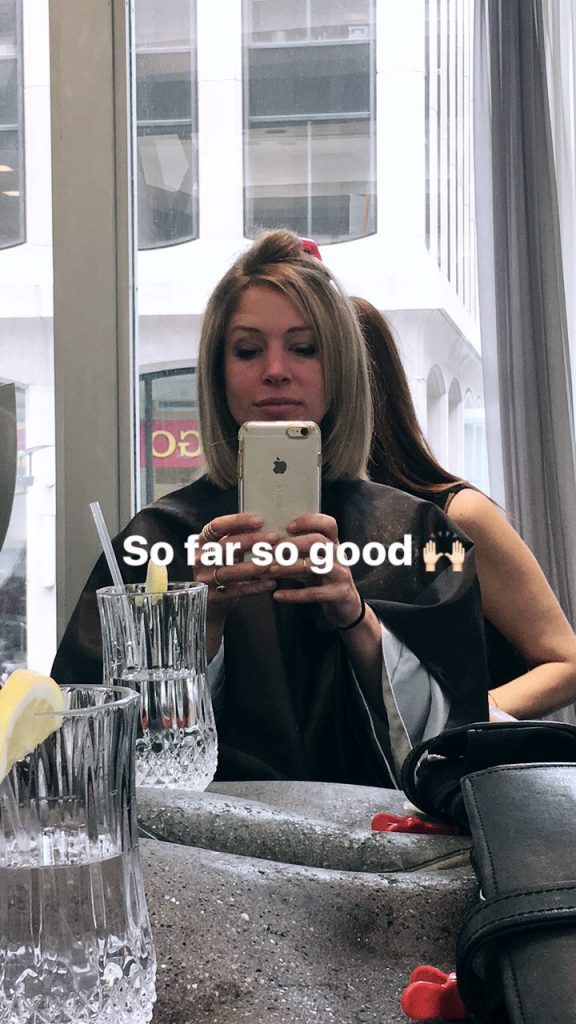 Where Day 1 began: at John Sahag Workshop, to get a quick cut and blow-dry from Karmela Lozina. I thought about going back to my favorite short cut but decided eh, summer’s coming. I’m ready to re-explore the joy of the topknot. 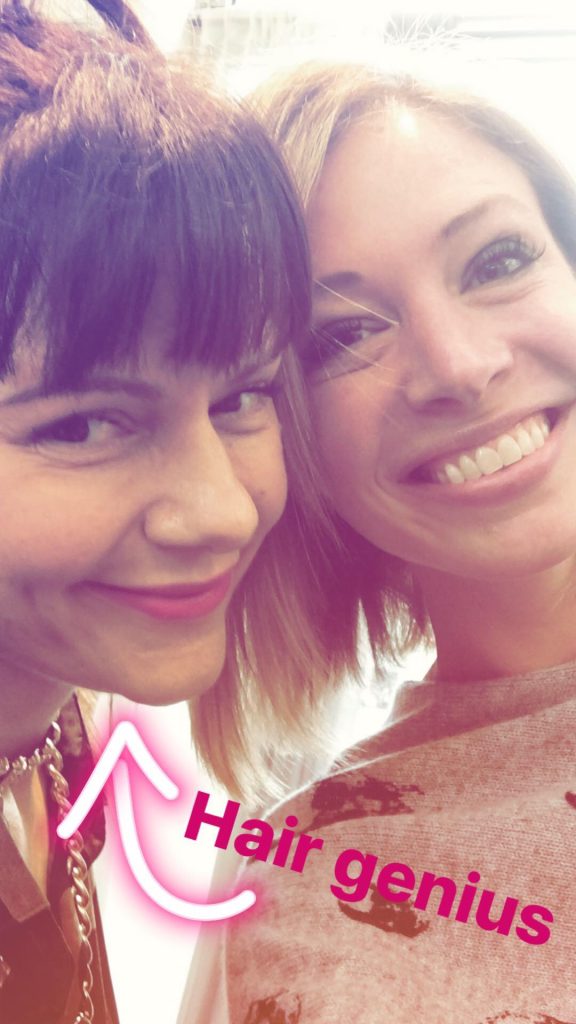 I’ve known Karmela since I was twelve. She is a genius. You should go see her. 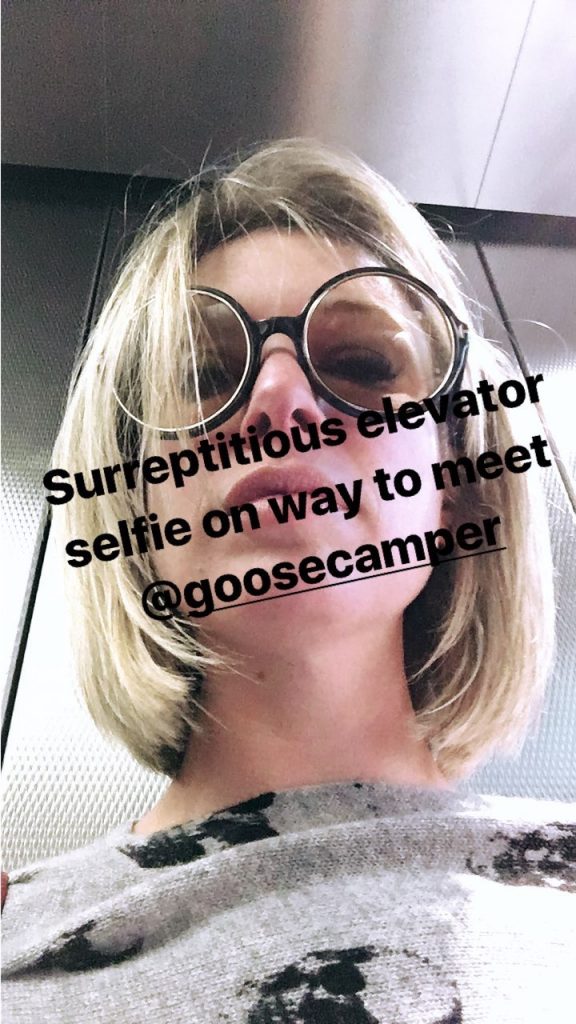 Quick stop at Erin’s office to pow-wow about panel talking points, decide which excerpt to read, and take a super-attractive elevator selfie. 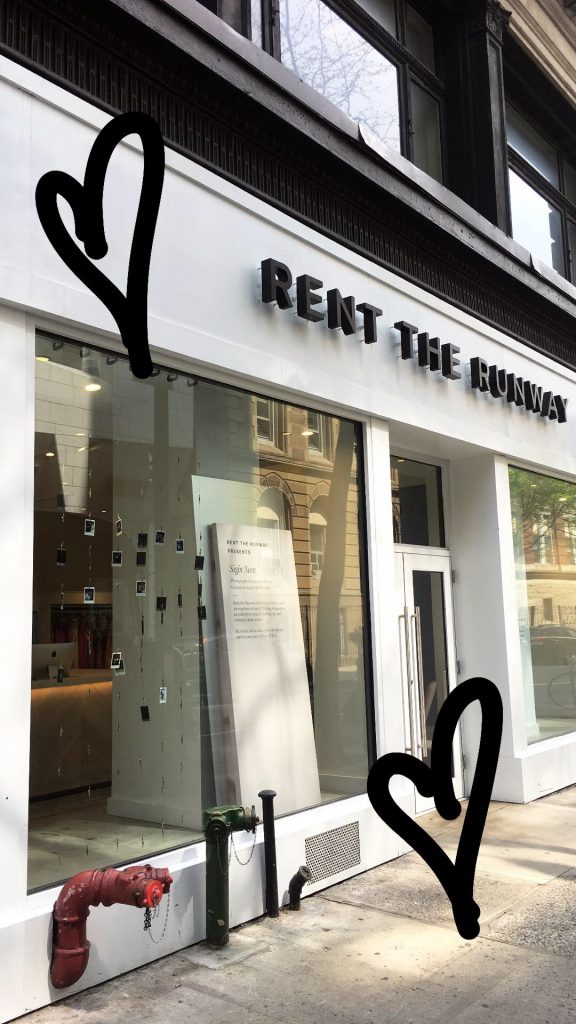 Next up: a stop into Rent The Runway’s flagship store to pick up some looks for the weekend’s events and do a takeover of their Instagram Stories. 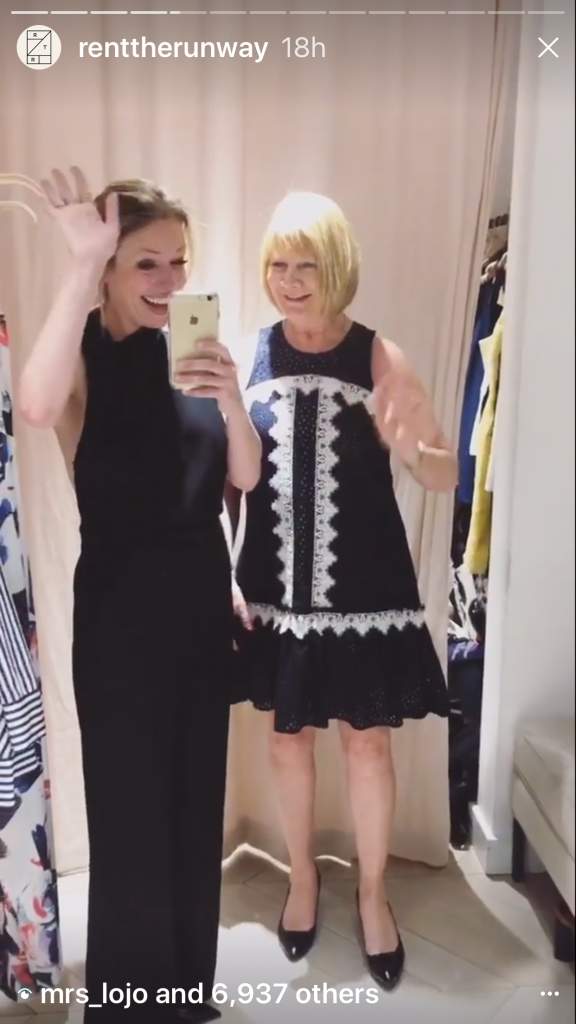 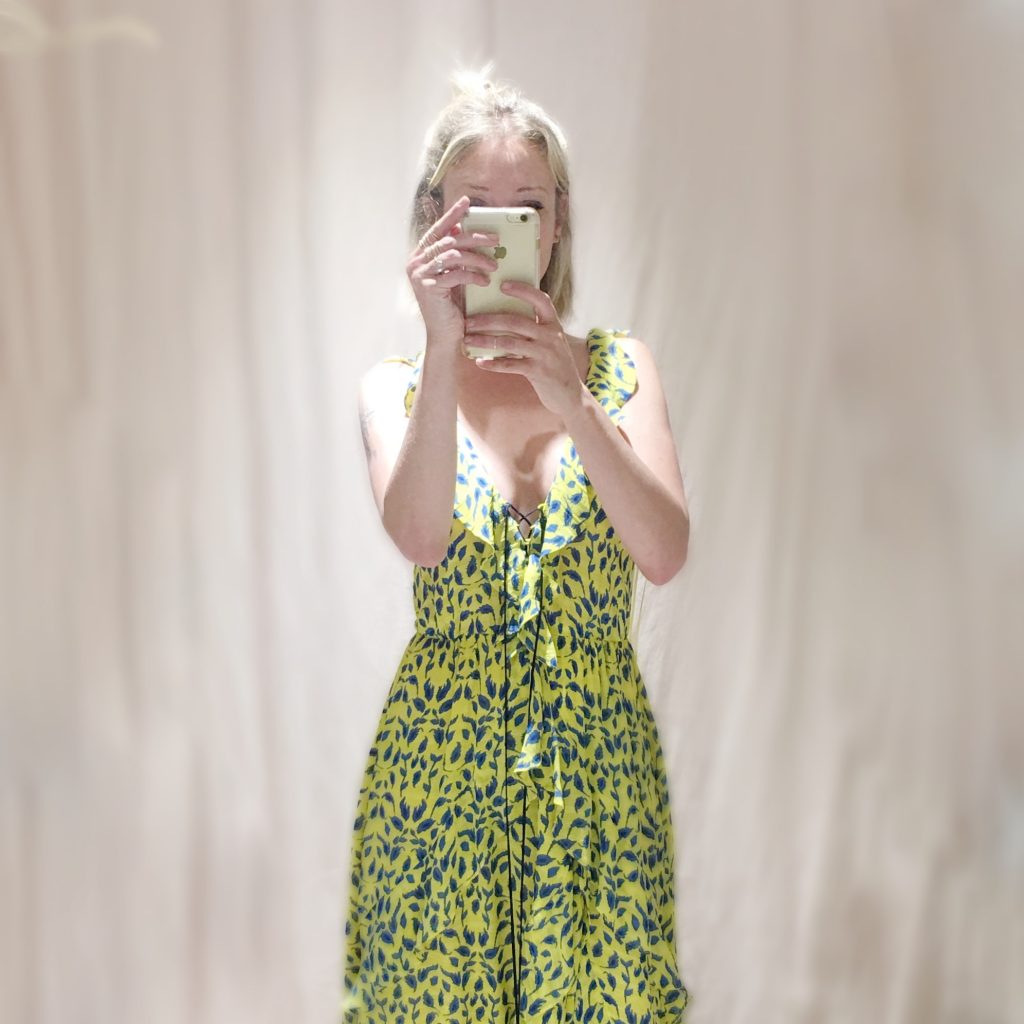 First, this floaty, frilly gown, which was so pretty that apparently a light shone down on me from the heavens. 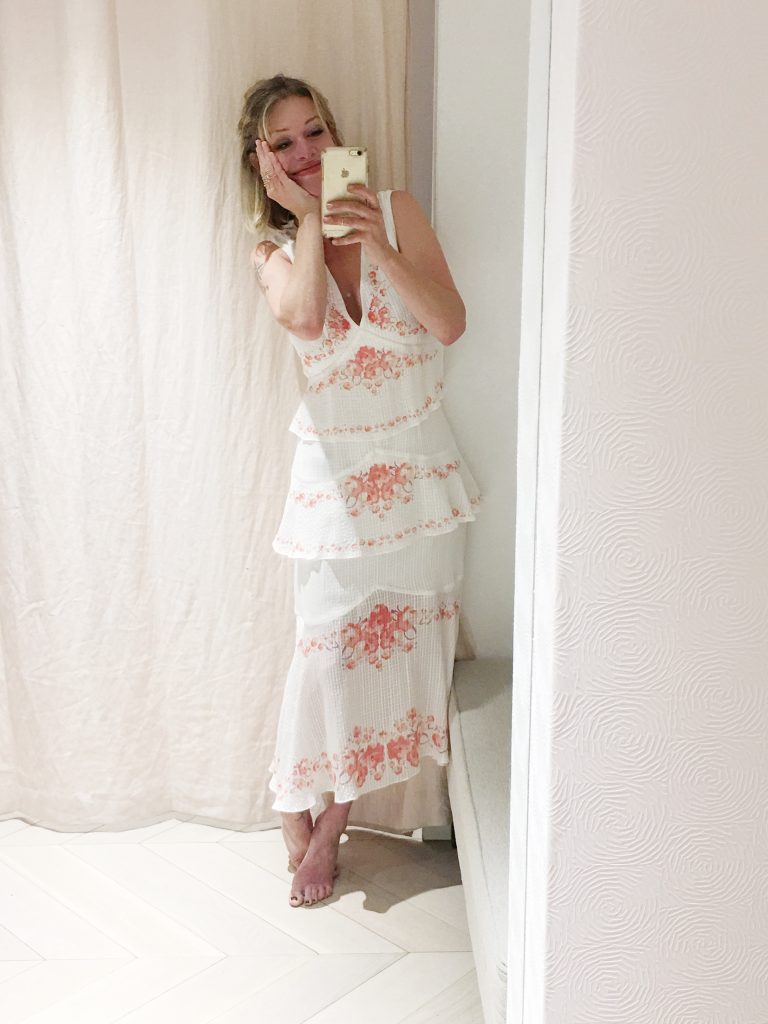 I LOVE this, despite the fact that it’s way girlier than the pieces I usually wear. (It came home with me.) 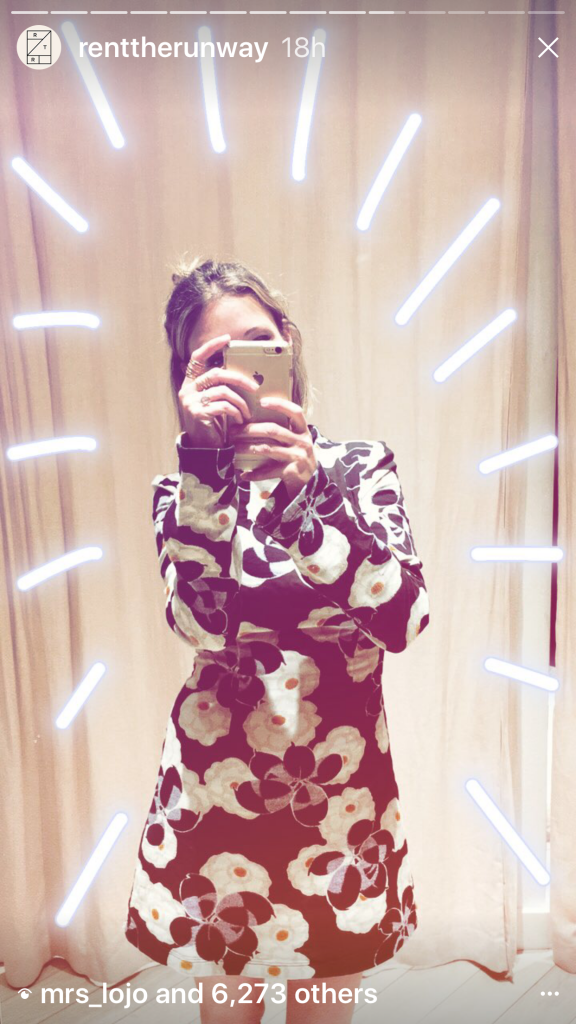 This bell-sleeved Marni mini is actually one of my favorite dresses ever – zero exaggeration; it’s gorgeous – but it wasn’t right for any of this weekend’s events, so I put it on hold for a book party that’s being thrown for us in San Francisco by charity: water (!!!) later this month. 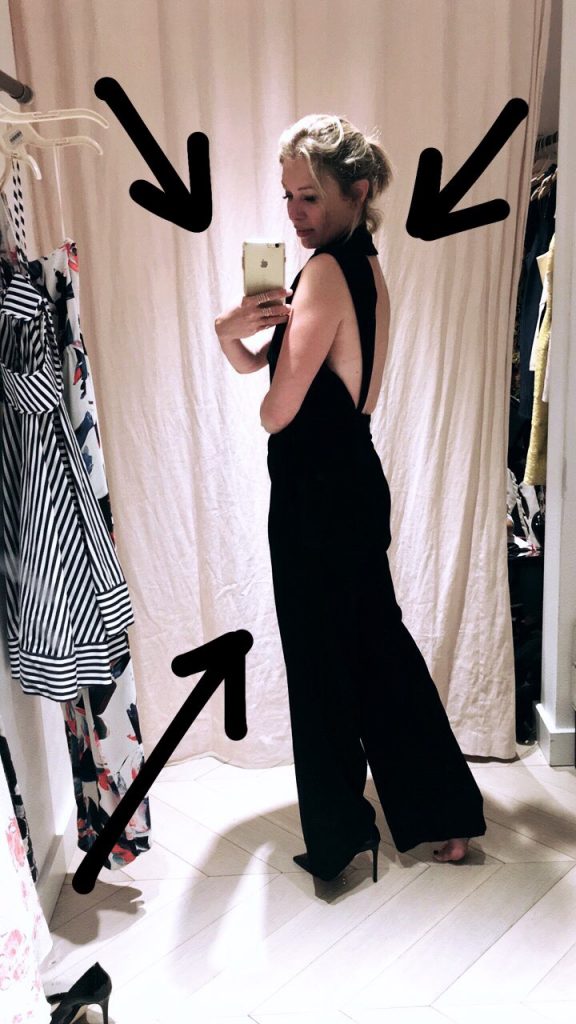 This backless, one-shoulder Osman jumpsuit was the very obvious winner for the evening. 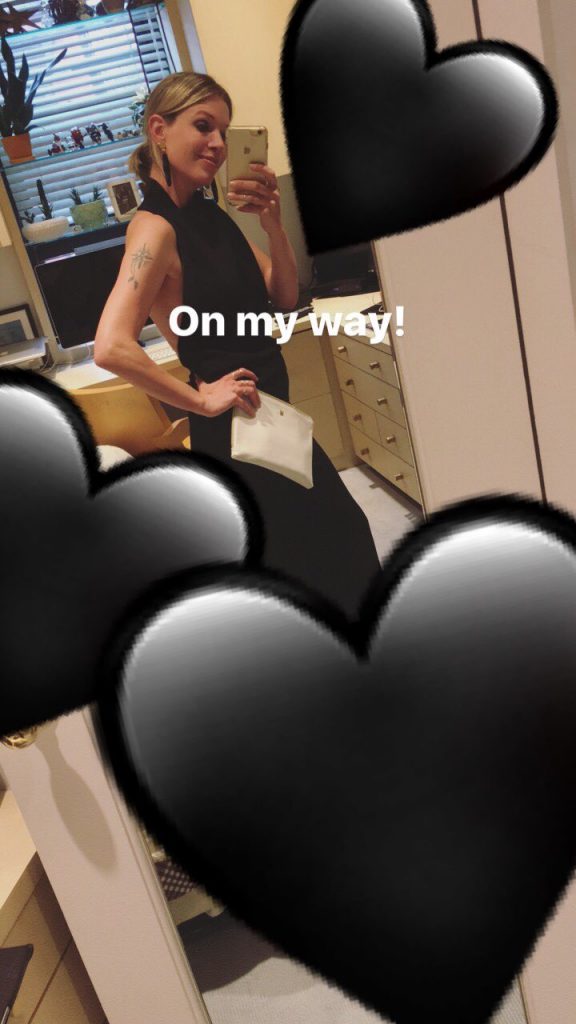 Here I am immediately post fainting-sheep impression. (The hearts are there to cover up the mess.) 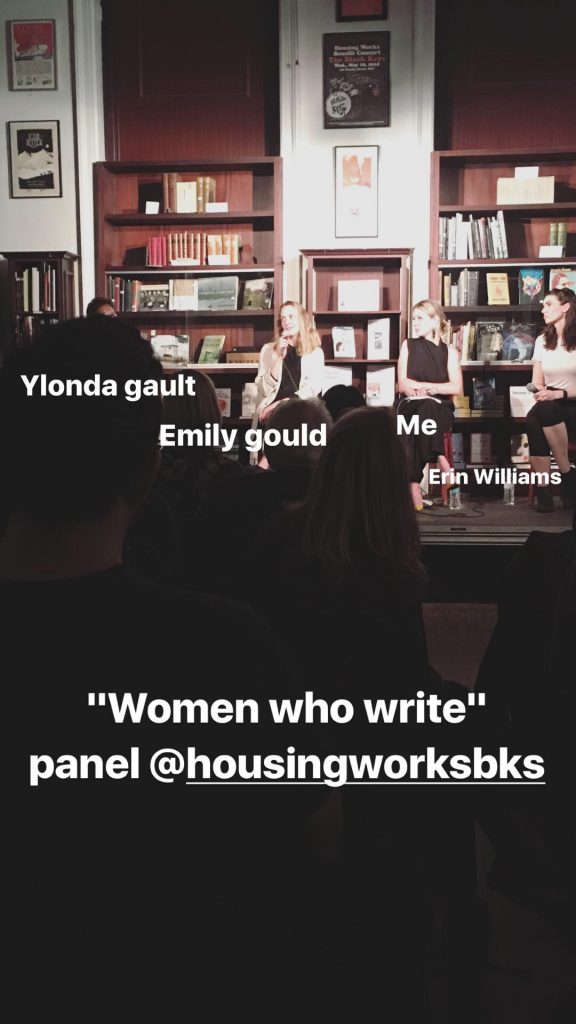 The other women on the panel: Ylonda Gault Caviness, whose newest book Child, Please is a wise (and unbelievably well-written) memoir about her realization that her mother’s old-school parenting techniques were often superior to the advice she’d been devouring online, and Emily Gould, who I’ve been a fan of since her Gawker days and whose latest novel, Friendship, offers a nuanced, completely singular take on modern female friendship.

Emily also wrote an essay awhile back about her what it felt like to publish a book – her first, a collection of essays titled And The Heart Says Whatever – and then have it be called a “failure” (because the sales numbers didn’t measure up to her absolutely enormous advance). As a writer, I think this post often; it’s just so personal and intimate and brave, and…I don’t know, I just love it.

Huge, huge thank yous to everyone who came out to the event!

A few more pics from Thursday night’s panel, below. 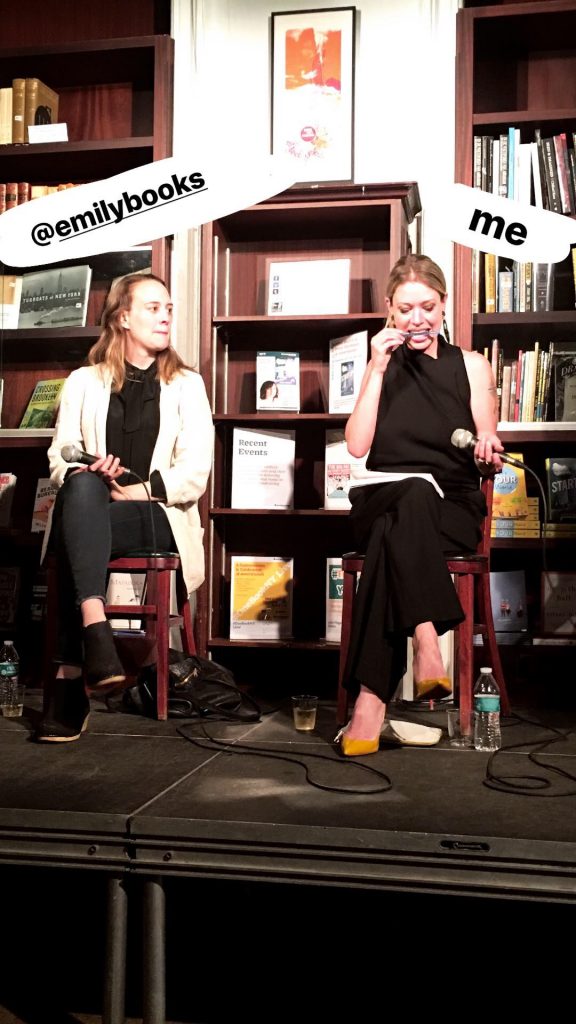 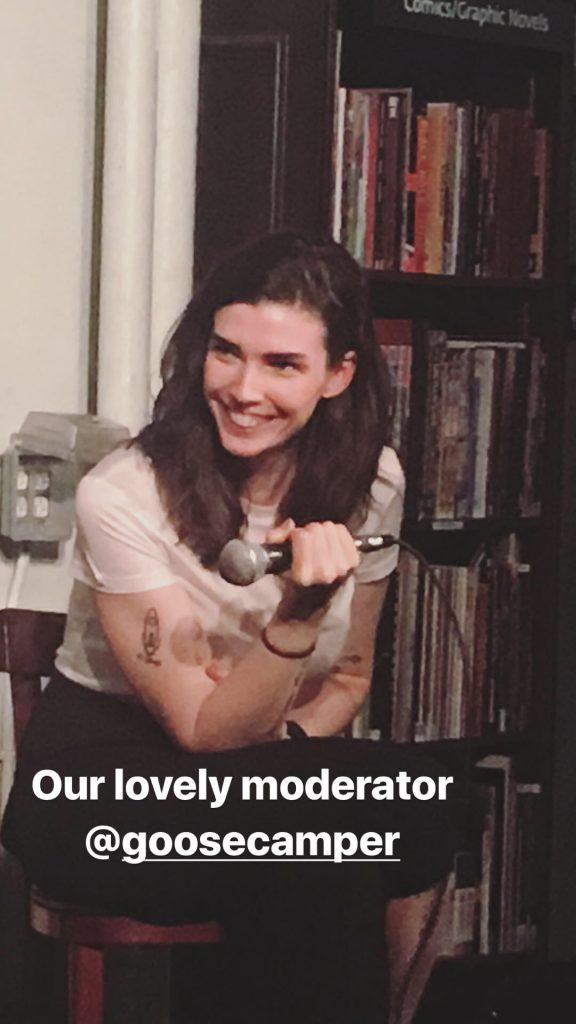 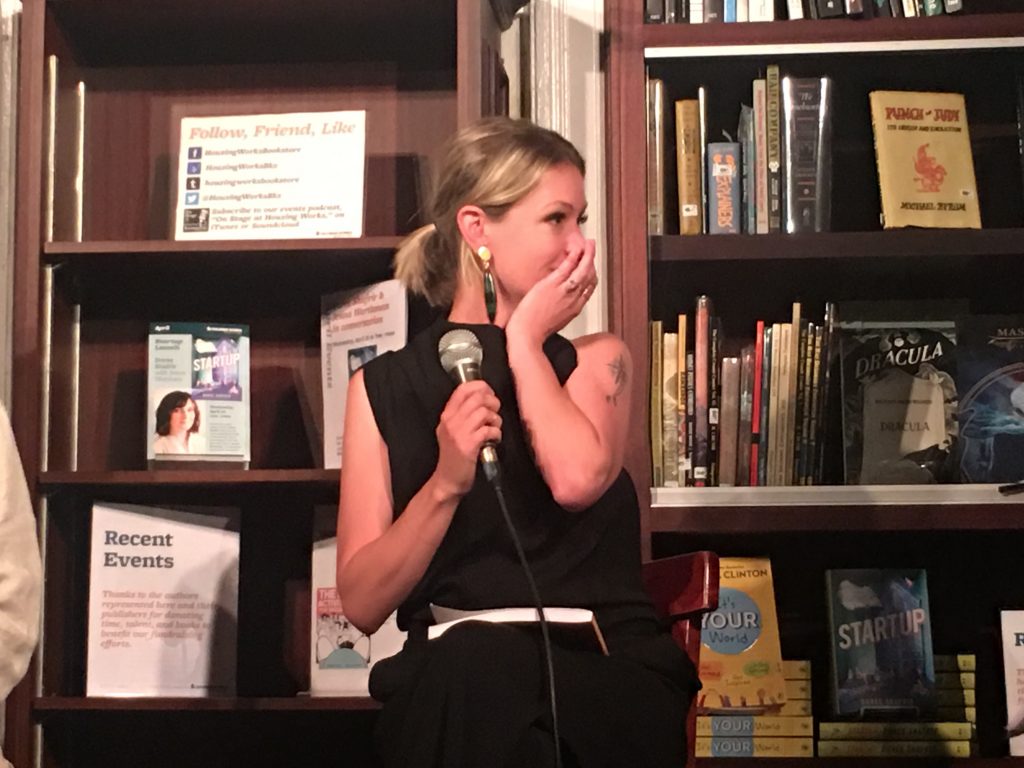 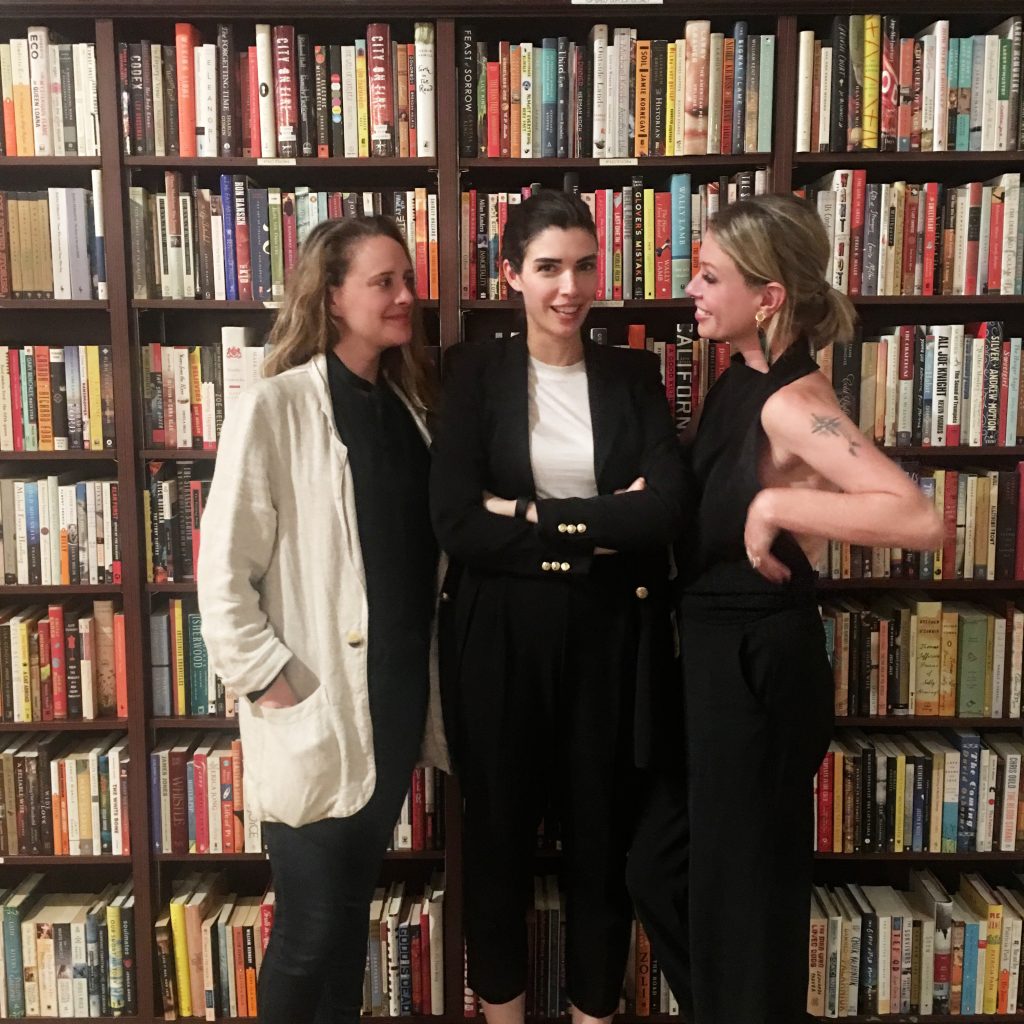 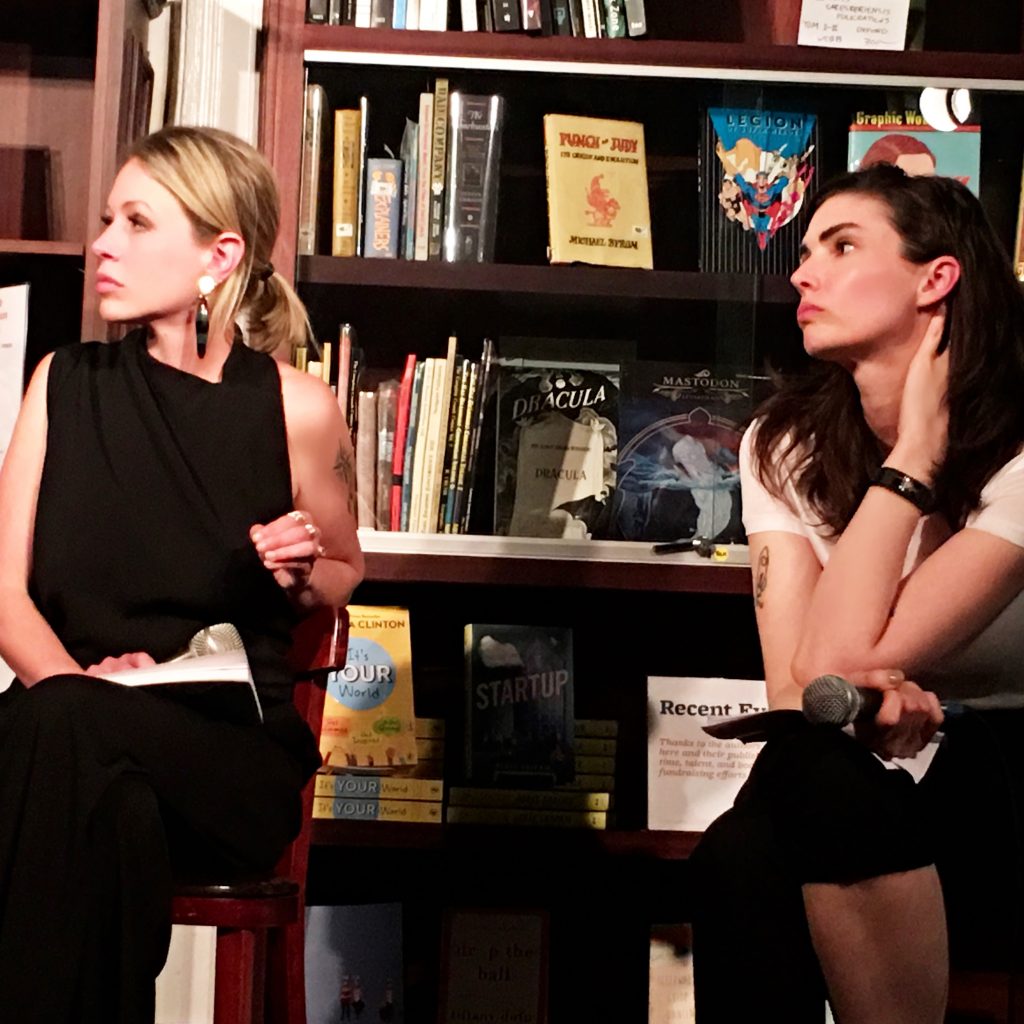 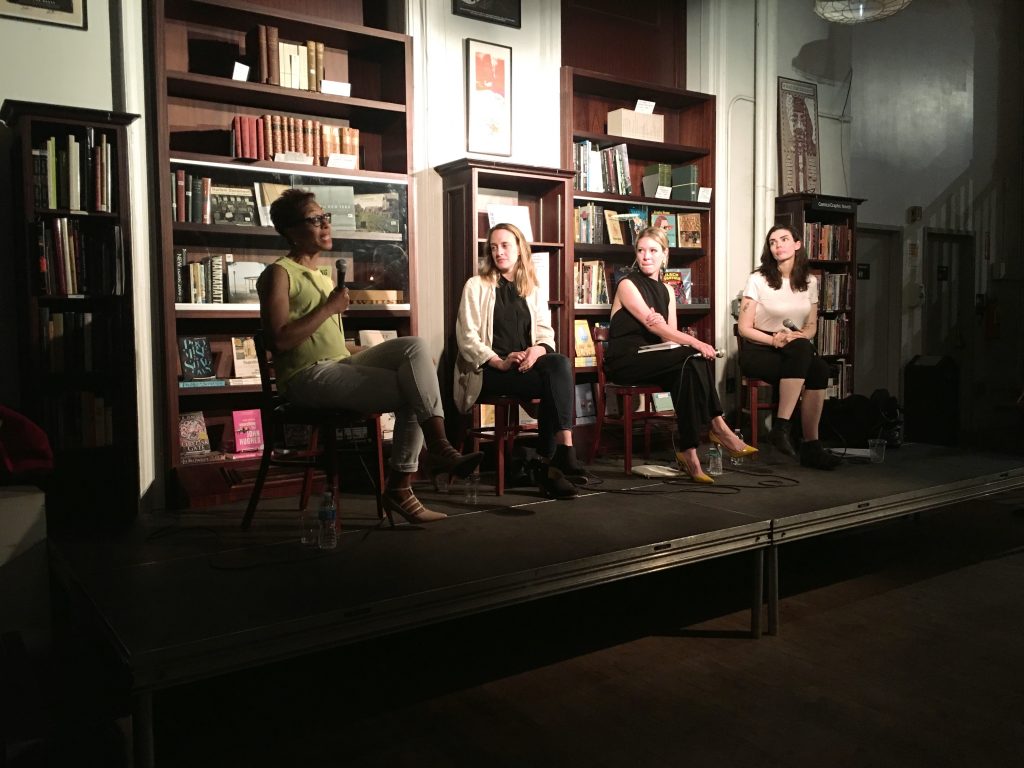