Why I Went To Ikea (On A Sunday. At Noon. With Both Of My Children And My Husband.) 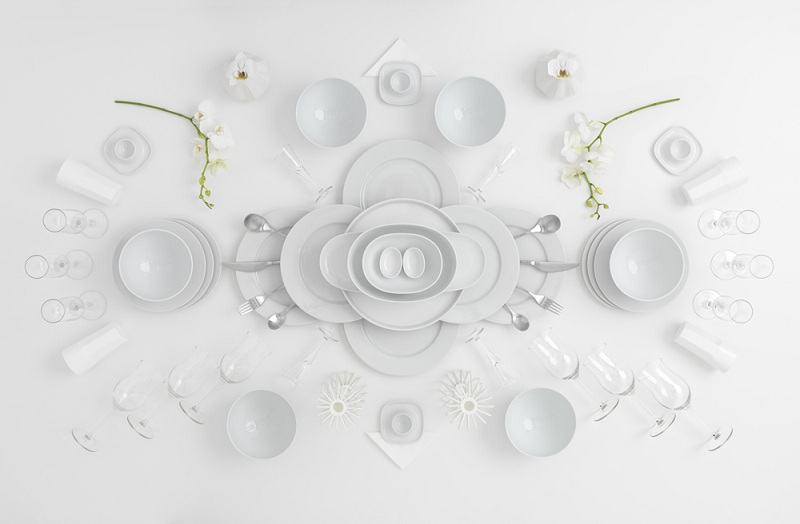 Ikea: the master of deceptive simplicity. (Image by Carl Kleiner.)

Going to Ikea on a Sunday is SUCH a rookie move. Going to Ikea at noon on a Sunday with your children and husband in tow means you don’t get to complain about anything ever again, because honestly, you’re clearly so poor at decision-making that you deserve whatever comes your way. Forever.

You know my “how to go to Ikea without getting divorced and abandoning your children to be raised by a family of Hemnes dressers” tips?  The ones I’ve written about in books, and on this website? Like, over and over again? I’ve never actually followed them myself (or rather I’ve followed all of them at various points, but certainly haven’t followed all of them at the same time, because Ikea is like God: your well-thought-out plans exist only to make her laugh. Shit always goes wrong at Ikea).

This time, though, I really went all-in with the prep work. For example:

I did all of these things. And yet when we found ourselves (finally, finally) standing on that interminable line with visions of Allen wrenches dancing in our heads, it happened: I started hating Kendrick, and I’m pretty sure (ok, I’m positive) he felt the same way. So we made an agreement to stop talking to each other until we were out of the store, and then drove to a Burmese restaurant and ate food and drank wine, and everything was okay again. (Lesson learned: Always wrap up an Ikea trip with garlic noodles and alcohol. When you know garlic noodles and alcohol are in your immediate future, you can do anything.)

The point of this post wasn’t actually to complain – I just couldn’t help myself. The actual point was to show you what I did to my daughter’s room, because I love it.

Remember Morgan’s perfect bed? The one from – yes – Ikea that works as a daybed (and kid bed) and can then be transformed into an enormous guest bed when needed? The one that I was planning to buy for my daughter’s room so I could stop “snuggling” her in a three-foot-long toddler bed and finally throw out my gross futon? I was waxing poetic about this bed to my friend Alisa, and she said, “Oh my mom has that bed at her place. I think she’s dying to get rid of it; it hasn’t been used in forever.”

(OK, probably not only Ikea, but my Amazon search didn’t turn up anything.)

So we went to Ikea. 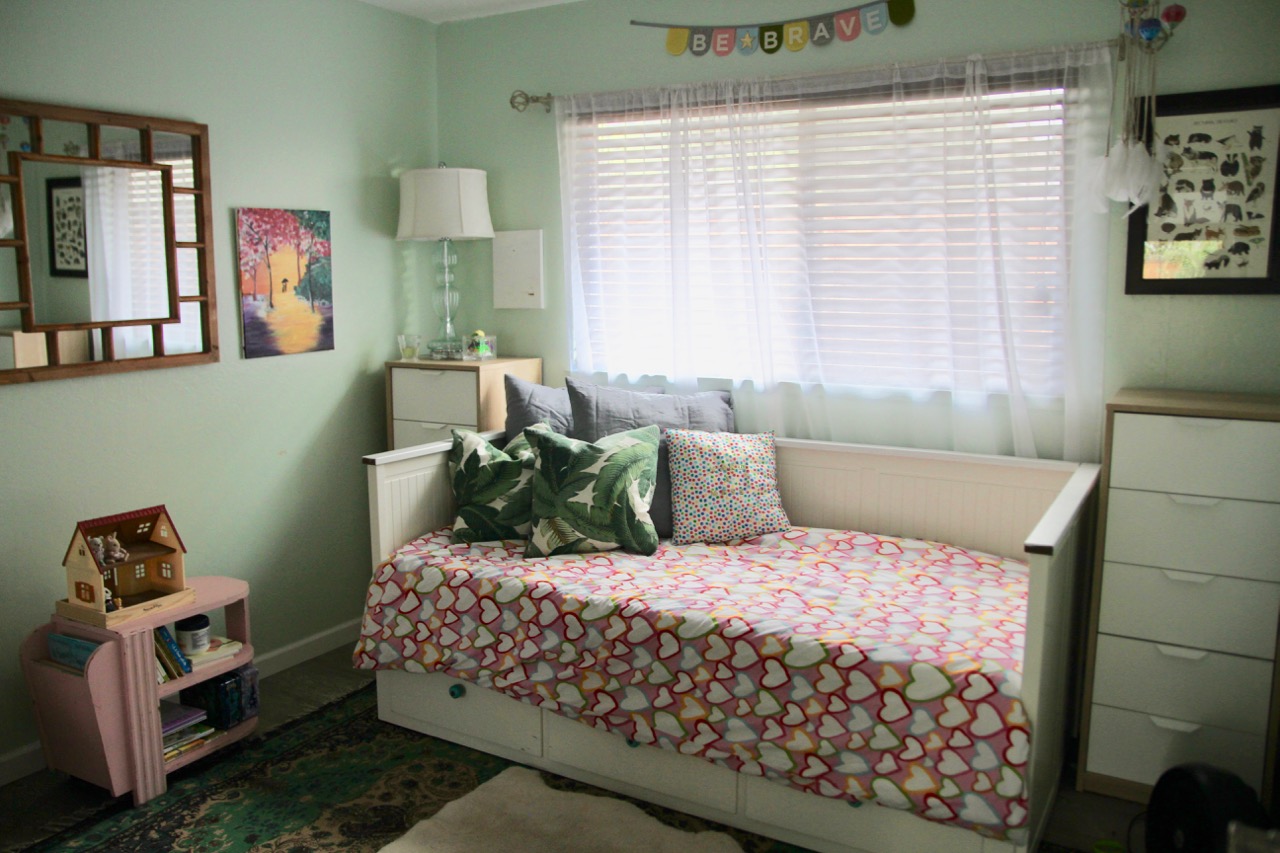 And now my daughter’s room is adorable and functional, and my children own space-egg chairs that they can hide in (more on this later), and my brain is doing the thing that brains do after you give birth to a child where it forgets how hideous the experience was and convinces you that you can totally do it again.

P.S. What my daughter’s room looked like before, if you’re curious.

*Serious question: Why is it that men are completely unsatisfied by a shopping trip – any shopping trip – unless it includes the purchase of an extension cord that they don’t need and are guaranteed to forget that they own? It is a mystery for the f-ing ages.