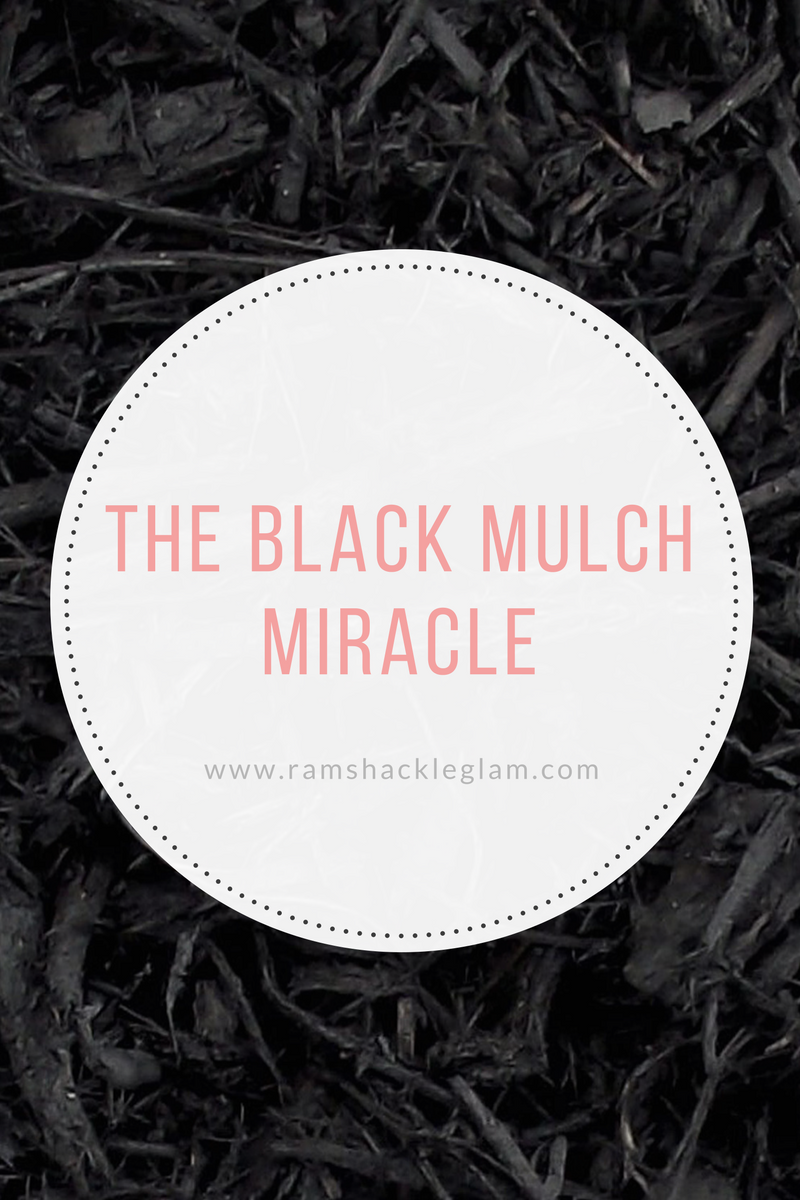 I’m not sure that I’ve accurately conveyed the scale of the disaster that has been happening at our house these past two months, commencing promptly on January 2, when we discovered the poopriver in our driveway. In the eight weeks following that super-fun incident, all of the following events transpired:

What does all this have to do with black mulch, exactly? Post-bombogenesis, there were several areas of the front yard and the backyard that had transformed into utter disaster zones, what with the missing cement and the torn-up plants and the broken boards everywhere, and I had spent all my disaster money on previous disasters, like pooprivers. Enter: black mulch, which is $3.99 for a large bag, much more clean and streamlined-looking than the more traditional brownish-red stuff, and covers oh, such a variety of sins.

Here, for example, is the park strip on January 2nd (pre-cement-hacking and doctor’s visit): 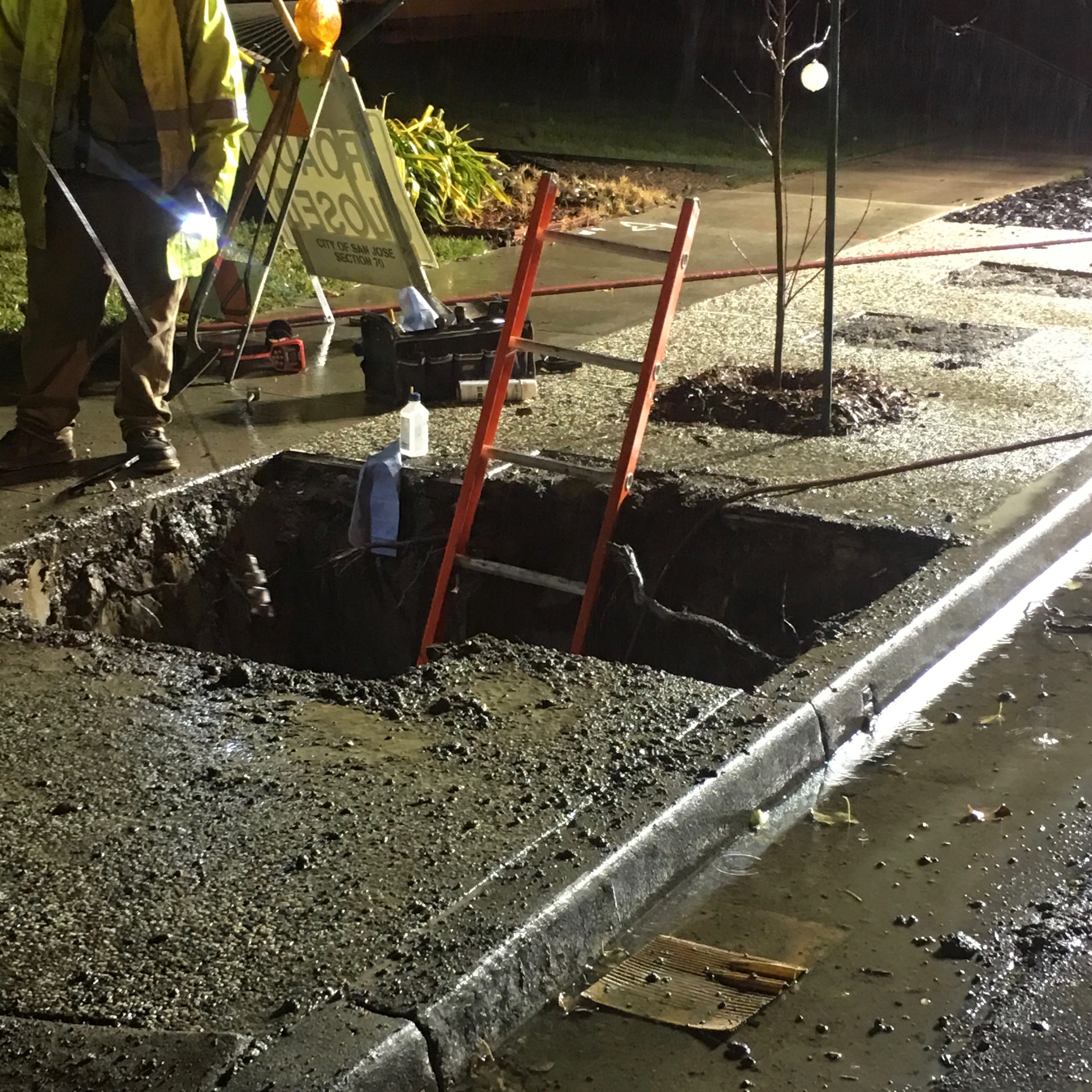 That was a fun night.

But here it is now: 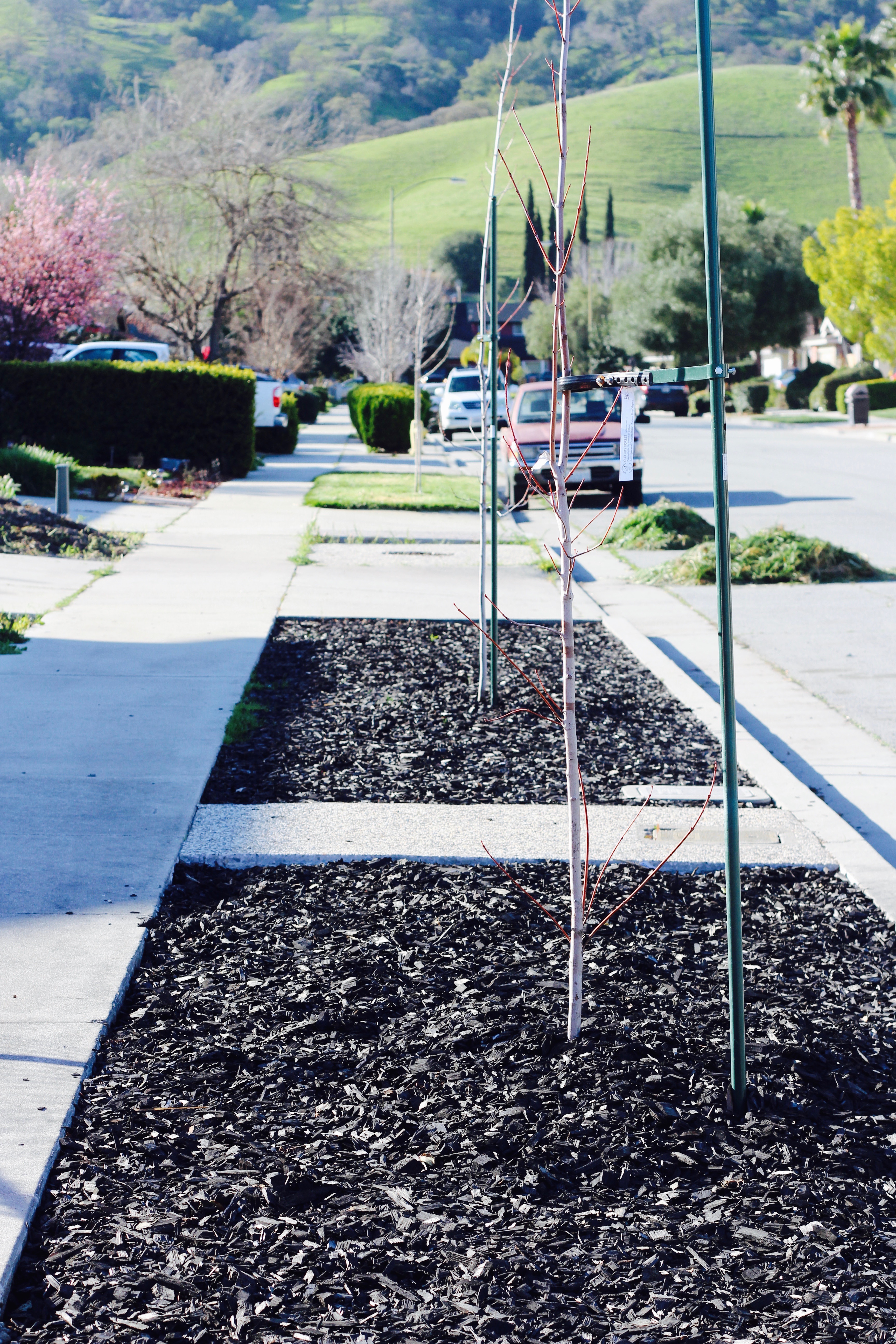 Better. About $50 worth of mulch (versus about two grand for new cement), and I think the overall look is actually preferable to what it was before – it’s certainly softer-looking than all that cement.

As a second example, here is what the edge of our fence looked like after the storm last week: 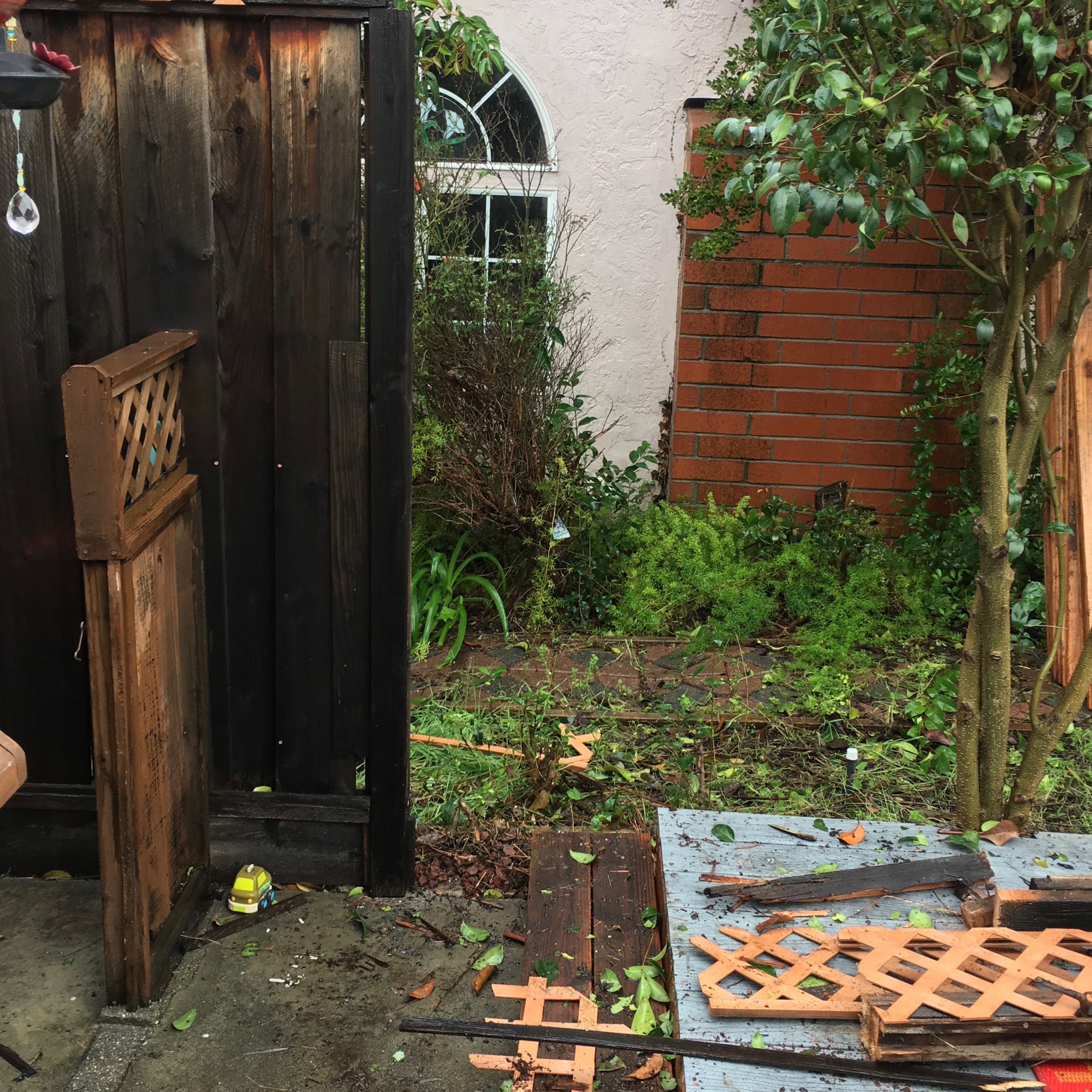 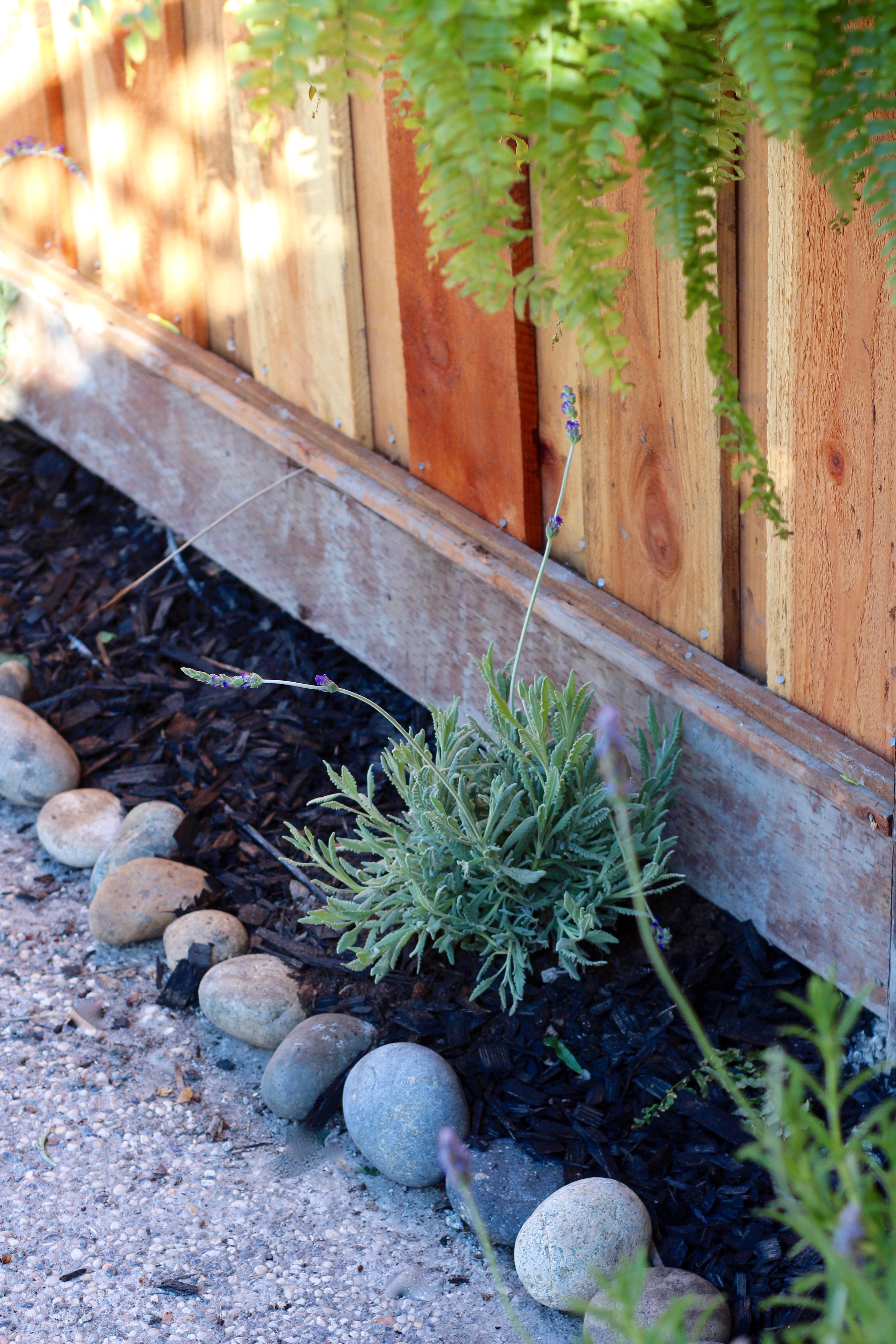 Black mulch + river rock edging + lavender plants = a grand total of $18. (Well, plus the cost of replacing the fence, but details.)

In short: the exterior of our house is significantly less terrifying at the moment than it should probably be, and for that I have to thank the tiny miracle that is black mulch.

P.S. I’m still playing around with ideas for what plants to add to that park strip – lavender? succulents? more colorful stuff? – and would love any opinions!