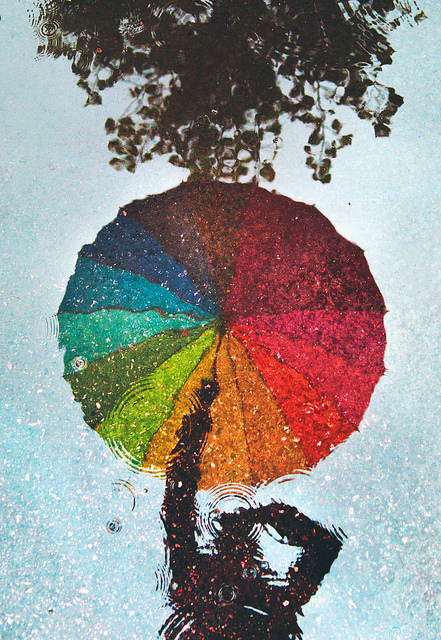 Many years ago – shortly after September 11, I think – I had a conversation with my dad that had something to do with politics and world affairs (super specific, I know). He was lamenting how my generation wasn’t politically active; how we “didn’t care” like his generation did.

I don’t know about you, but here’s what’s always happened to me when someone starts talking like this: I feel like I’m being lectured and like any contributions I might make to the conversation will fall on deaf ears, and so I stop listening. What my father was saying felt like judgment; like a statement of superiority (“our generation cared…yours, not so much”). And while I don’t think what he was saying was unfounded or even necessarily wrong – people who are now in their thirties largely went through their formative years during a time of (relative) prosperity and political calm, which is not the kind of environment that typically breeds vast numbers of revolutionaries – it certainly didn’t make me go, “Wait! You’re right! SIGN ME UP!”

The conversation made feel guilty, and judged, and irritated. And a person who feels guilty and judged and irritated tends not to be especially inspired to join the community that’s making them feel this way.

By now you’ve certainly seen the posts going around that say something to the effect of “If you’re not part of the solution, you’re part of the problem.” I posted one myself; it included an image that read, “The answer to whether we’d have marched in the Civil Rights era is whether we’re marching in this Civil Rights era.” And while these are statements that I believe in theory, I think they’re sending the wrong message to precisely the people they’re trying to reach.

If someone isn’t involved, it does not mean that they don’t care. It doesn’t mean that they don’t want to be involved. They might want that very much, and yet they feel paralyzed by one (or many, or all) of the reasons above. So to me, it seems like those who are already politically active should make it easier for people to join in by making the space feel accessible. Because judging people for not having been out there on the front lines all along isn’t only counter-productive; it’s kind of…rude.

So here’s what I’d like to say to those of you who haven’t yet figured out how (or even whether) to get involved yet: I get it so much. I never felt comfortable at politcally-charged events; the idea of chanting along with a crowd has always made me want to crawl into a cave. I never felt like my efforts would make a difference. I never felt like I was knowledgeable enough to even have the right to join in; I thought every room would be filled with people who knew vastly more than me, and who would roll their eyes when I asked them the very basic questions I genuinely didn’t know the answers to. “We don’t need you,” I imagined them saying. “We need people who know what they’re talking about.” I didn’t even know who “my representatives” were. …So how, exactly, was I supposed to be calling them?

But after years – decades – of assuming that the protection of our democracy was a task best left to others, I finally decided to start joining in anyway: signing up for daily action alerts, donating money, saying “yes” when a friend asked me if I’d like to join her at a march or protest.

You know what I discovered?

That everybody is needed. That everybody is wanted. That when you show up and say “let me help,” you are met with open arms and gratitude. That everybody has questions, and that those who know the answers are virtually always happy to do the best they can to answer them. That you don’t have to do everything; you just have to do something. Most of all, I’ve found out that all these “somethings” – all these marches, these calls, these donations: they work.

A couple of weeks ago, we took our kids to the airport to protest the immigration ban. Indy sat on Kendrick’s shoulders holding a sign, and we talked to him – too much, probably – about what was going on and why we were there. We weren’t sure he got it, but we tried, and then we went home and watched Trolls and it all seemed forgotten.

A few days later, the Ninth Circuit came back with their ruling. And when Kendrick and I ran into the living room to tell our son that we’d won this particular fight (for the time being, at least), we also got to tell him that he had helped us win it. “You did this,” we said. “You were one of the heroes who fought back.”

Right there in the middle of our living room, we jumped up and down and cheered our son and our country and all of the thousands of people who made change happen simply because they showed up, and Indy started jumping and cheering too. “We did it! We did it!” he yelled, over and over.

So you haven’t joined yet? Join now. Join however you can. Because right now, it seems to me that the best thing to do is also the simplest thing to do: show up and be a hero, just because you’re there.