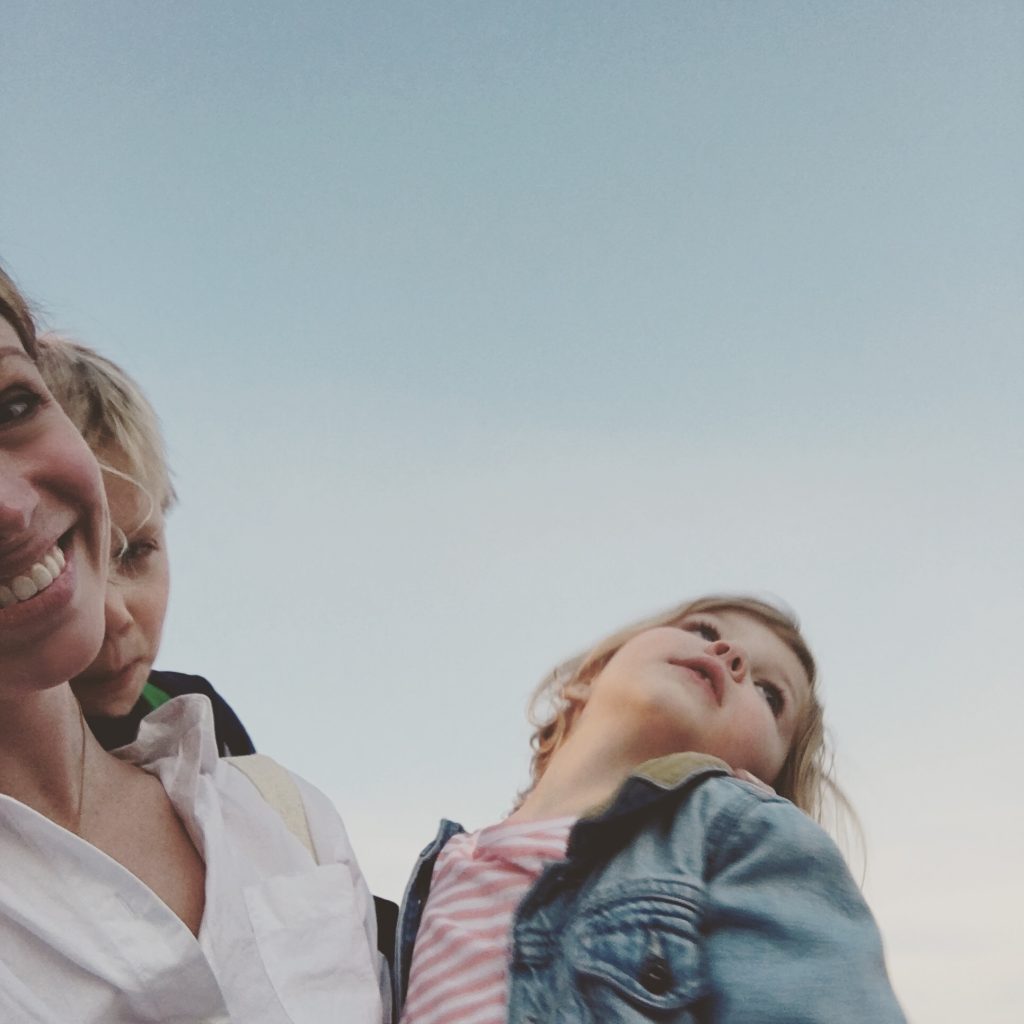 Sunday evening, when we finally emerged from confinement.

On Friday night, Kendrick and I dropped our children off with a handful of angels – a.k.a. our son’s martial arts teachers, who were holding a “pizza and movie night” for all the kids (siblings welcome) so the parents could go out on their own for a couple of hours. We immediately booked it over to Outback Steakhouse, because I officially have reached the point in my life where I want to go to the place that lets me eat steak the exact way I want to eat it and where nobody cares if I’m wearing a sweatshirt that says Ugh Fine on it and where you can order a single dessert that contains slices of cheesecake, carrot cake, and something called “The Chocolate Thunder From Down Under” (you know, so we can have “just a taste” of each).

We had one of the more lovely and romantic nights we’ve had in awhile, actually. And then, around 9PM, while I was puttering around waiting for Kendrick to arrive back home after having picked up the kids, it ended.

(Not me, one of my children. And as you may know, having a sick child is wayyyyyyyy worse than being sick yourself, because when you have sick children you have to let them lay in your bed because they’re all sad and wanting you, except sick children have this tendency to emit whatever their body needs to emit right where they are. Which means you get to have your bed thrown up and/or pooped on – over and over and over – and you don’t get to be annoyed because you’re busy trying to be a calming influence on your child.)

We are now 0 for 2 on romantic date nights that don’t end in vomit.

The next morning, strangely enough, everyone was all perky and happy and seemingly 100% healthy, so I figure the middle-of-the-night disaster was the result of either some kind of food poisoning or just way too much food, period (because children, when unleashed from their parents in the presence of pizza and Cheetos, surrender entirely to their basest instincts and forget to notice that oops, when I put a Cheeto in my mouth now it has nowhere to go because my entire body is filled with Cheetos). I decided to proceed with the day’s plan to take the kids (alone, because Kendrick was busy all weekend) to a counter-protest happening at Planned Parenthood. I’m aware, in retrospect, that this wasn’t among my top parenting decisions, but in my defense the event had been described as super-kid-friendly, with activities and such, and I promise: there was virtually no sign that anything was amiss, health-wise.

I’m fairly certain you can guess what happened. (Thankfully, it happened seconds before we stepped foot onto a train with no bathrooms. “And then the slightly less horrifying thing happened!” is not usually how my stories end, so that was a nice silver lining.)

Here are some more things that happen when you spend a solo weekend mostly trapped in a house with two children.

Anyway, exciting times over here. And the word on the playground is that pinkeye is making the rounds next! Which is great news, because I hadn’t quiiiiiite memorized the third verse of The Lorax’s climactic song, “How Ba-a-a-a–d Can I Be,” yet, and could probably use another six or seven viewings to really get it in there so it never, ever, ever leaves my brain. For the rest of my life.