Me, In The Mirror 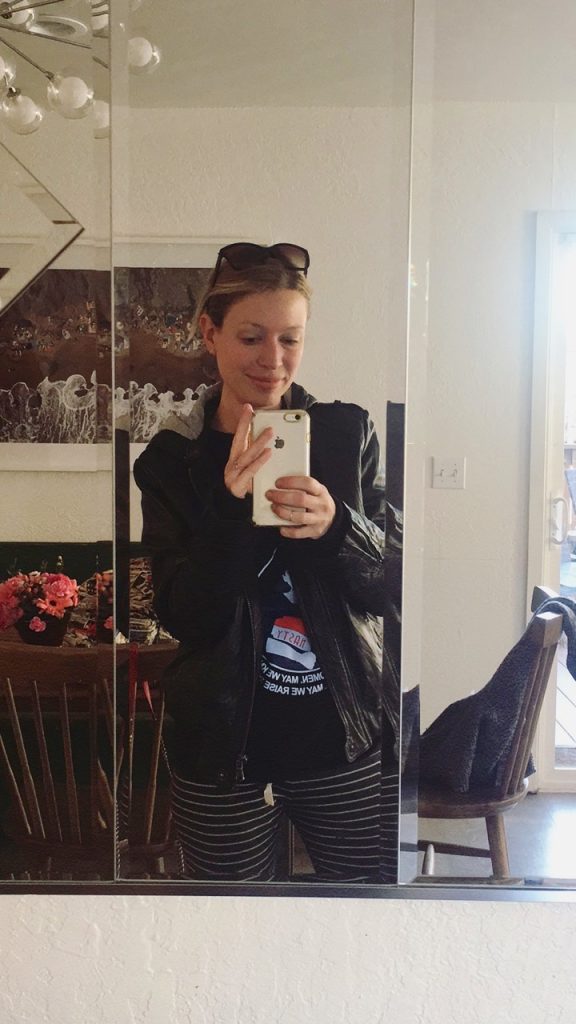 I’ve said it over and over, but I love Instagram Stories. I love that I seriously do not care what my bedroom looks like behind me (ok mayyyyyybe I sometimes frame out things like, say, an uncomfortably enormous pile of dirty laundry or a glass of wine left over from the night before so no one thinks I’m drinking wine at 8:30 in the morning while living in a hovel, but still).

I love that I get to post the kinds of outfit shots I used to post way back when I started this whole thing: the ones I took myself in a mirror, because what, like I was going to hire a photographer?! Hahahaha. (Totally hire photographers now.)

In short: Instagram Stories are the place where I get to blog about clothing the way I used to back in the day: with informal shots that I take just because I think sometimes it’s fun to read about someone’s outfit. Like that outfit up there, which features an UGG leather jacket that I wore as part of a campaign I shot a few years back, then apparently completely forgot about, only to rediscover a couple of weeks ago. It was inexplicably in the back of my daughter’s bedroom closet, tucked in between a princess Halloween costume and a random ball gown I wore to a high school dance. Within seconds of putting it on, I realized that I’d made a dire mistake by not wearing it constantly over the past few years. It’s so good.

Anyway, below are some more clothing and accessory shots. Just for fun. (And if you scroll all the way down, I found a bunch of really great shoppable pieces that are nearly identical to the ones pictured here.) 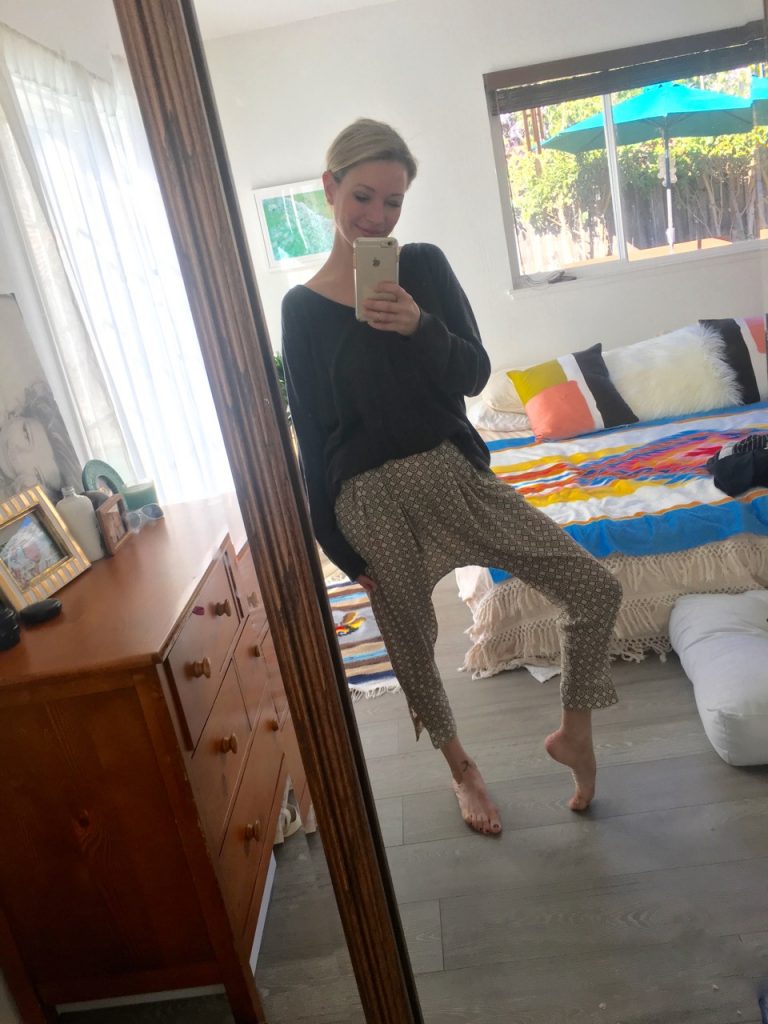 Francesca gave me these pants because they were too tight around her calves. Let’s put aside for a moment the fact that there is a part of my body that is actually smaller than its corresponding part on Francesca (because that girl likes her yoga, and this girl does not, with the expected results) and celebrate one of the best hand-me-downs ever. Those are silk harem pants (an old style from Zara), and what Francesca told me to do with them was wear them like sweatpants. Meaning everywhere, with whatever. Done. (If you like the look, I found some really cute pairs – just scroll down to see them.) 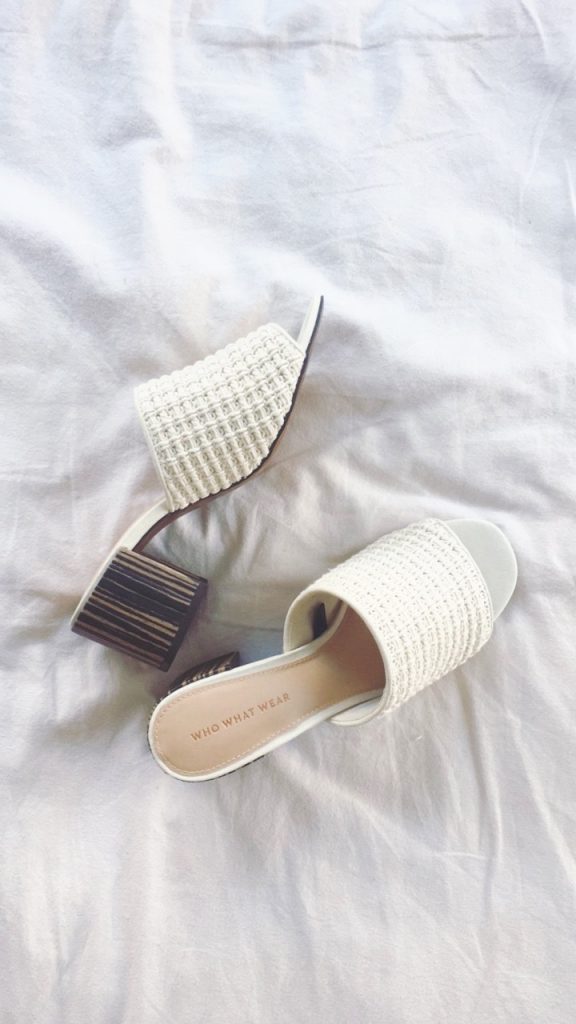 I’ve heard a lot about Who What Wear’s line for Target, but this is my first up close and personal encounter with their product. While at first I was skeptical of the whole white-macrame thing, once I flipped the shoe over and saw the low wood heel? Um, yes. (They were sent in a PR mailing and this particular style isn’t online yet, but some Googling told me that pretty much everything in the line is around $30, making it not just “um, yes,” but UM YES.) 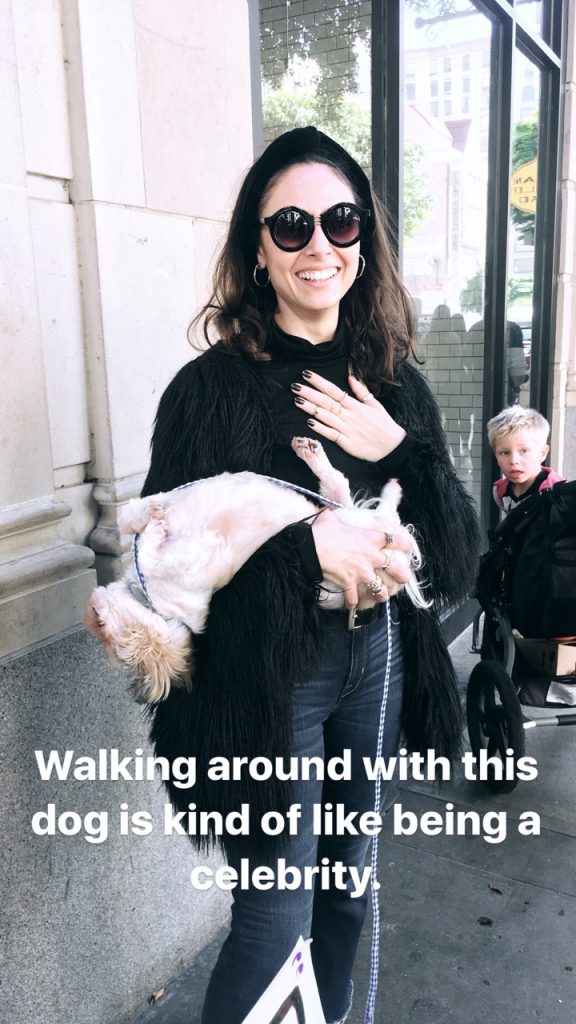 This is not a photo that I took of myself, and it has absolutely zero to do with clothing, but is nevertheless quite clearly a photograph that needed to be posted.

This is a picture of Francesca at the Women’s March. She is holding Lucy, whose favorite position is the one you see above (I swear; she really is happy as a clam and not even a little bit dead). The reason why I’m posting this shot (aside from the fact that I had to because look at it) is that it contains highly valuable information: should you ever find yourself in an extremely crowded situation where you need to get people to move aside quickly (as we did when we found ourselves having a bit of an allergic reaction during the march and needed to get to a water source STAT), carry a dog who looks like Gizmo and does things like whatever that is that Lucy’s doing above. The crowd will part for you like the Red Sea, and you will soar gently towards your destination on a gentle wave of “AWWWW”s. 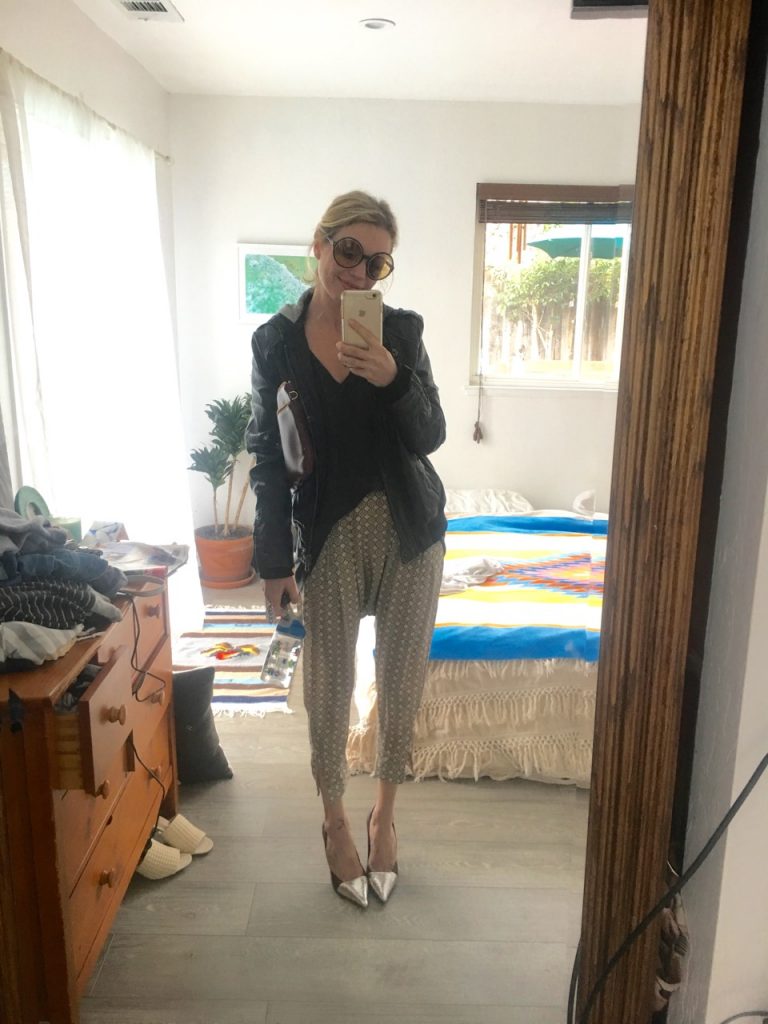 The “sweatpants” again! (Didn’t I say this was the best hand-me-down ever?) Except yesterday – when this shot was taken – I wore them to a meeting…with HEELS. I don’t even know what to say about that other than the fact that I now have a blister the size of a quarter on my fourth toe, which is a body part I have never given much thought to up until today.

The primary takeaways from this post: 1) You need to go look through your closet in case there is a similarly perfect old leather jacket back there in the depths, just waiting to be rediscovered; and 2) Maybe own silk sweatpants. 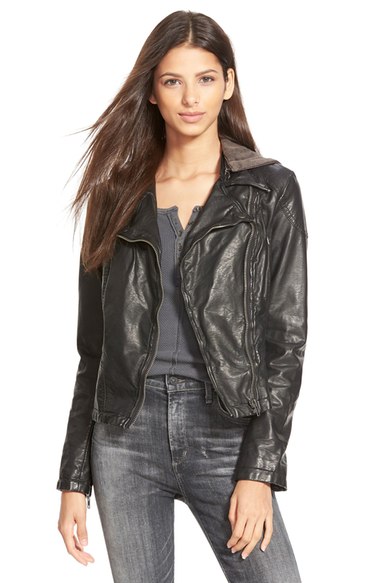 The exact jacket I’m wearing in these shots – an UGG leather jacket that I wore as part of a campaign I shot a few years back – is nowhere to be found, on the Internet or elsewhere…but this Free People style is pretty damn similar (and since it’s faux leather, it’s about a third of the price). That said, if you’re in the mood to pick up the leather jacket that you’ll wear for the rest of your life because it’s just that classic and amazing and are willing to spend some more money, here you go. 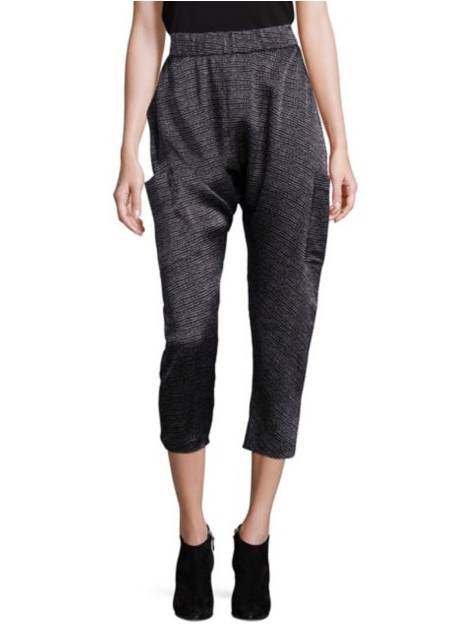 These are kind of a must-own. I did a bunch of hunting and found great pairs at a wide range of prices, but this style from Eileen Fisher is totally my favorite: I love the high waist, the way the fabric holds its shape, and the ease with which it can be dressed either up or down. J.Crew also makes a great pair with a gorgeous pattern.

(Just FYI, if you happen to be a size 4 there’s a spectacular Thakoon pair on consignment at TheRealReal for just $75…plus 20% off using code WINTER. Someone hurry and snap these up!) 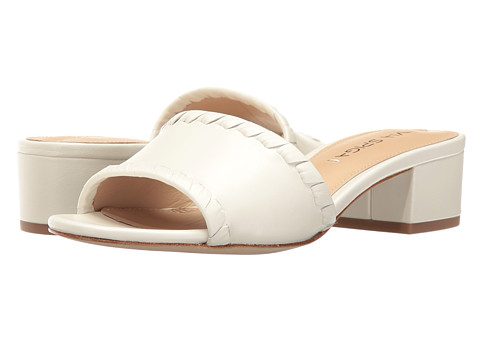