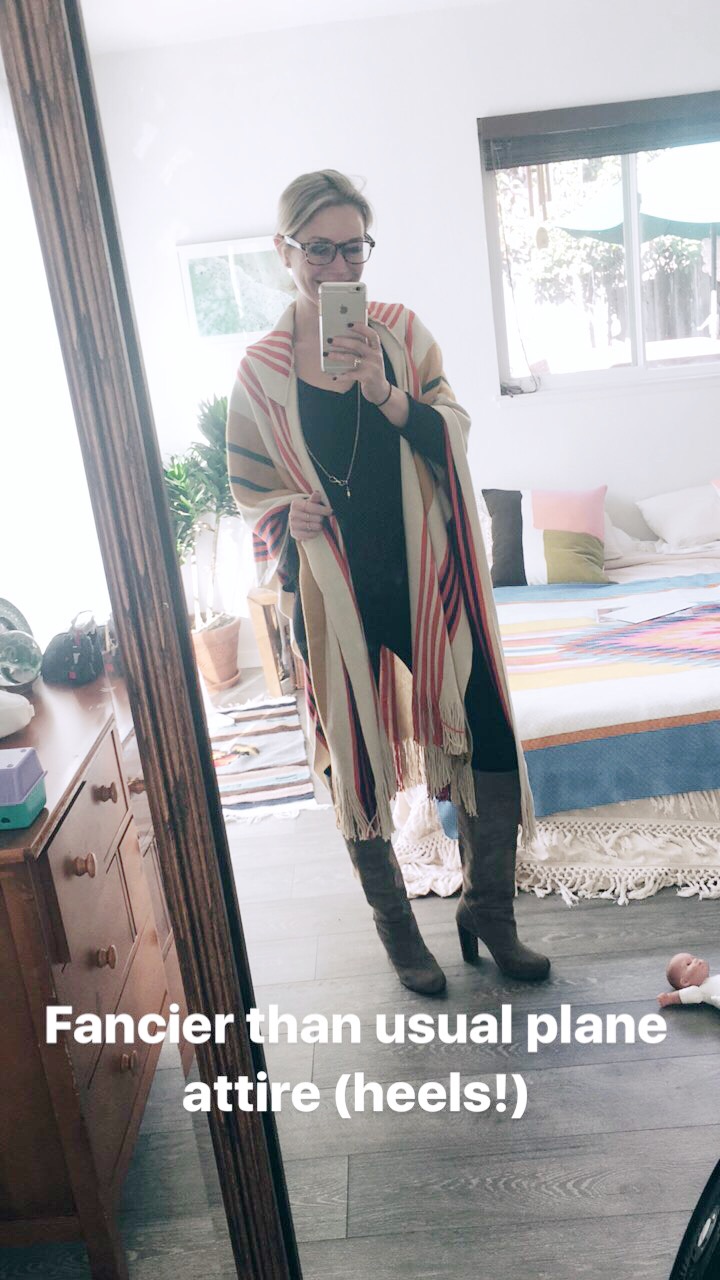 See this happy, relatively relaxed-looking face? This photo was taken just before we left for the airport to spend a few days in Ohio with Kendrick’s family. The dogs were walked, the kids were dressed, breakfast had been eaten, and everybody’s toes were fully intact and more or less where they were supposed to be, so we were doing about ten thousand times better than we were this time last year.

On that topic: remember last year? The year of the Christmas Eve hospital party, the cross-country trip with a be-wheelchaired husband, and the full-family stomach flu that commenced mid-plane-ride, when my infant threw up in my lap? (However horrifying you think it sounds to spend a plane ride having just had a baby throw up on you, let me promise you: it is so much worse than that).

I’m going to put the video here as a refresher (and also because it includes a wheelchair-inclusive stroll to “Damn It Feels Good To Be A Gangster,” which in my opinion makes it worth an annual re-watch).

Anyway, we’re here, and it’s now the next morning, about 10AM Ohio time. My kids are still asleep, and I’m parked on the pullout couch typing away and hoping they stay asleep until I hit the publish button – and that actually might happen, because we got to the hotel at 1AM and they did not go to sleep until 2AM (bed-jumping needed to happen first).

Strangely enough, Kendrick is nowhere to be seen. And I’m still wearing that damn kimono.

Because it is categorically impossible for us to make it through the Christmas season disaster-free.

The problem started in the Uber on the way to the airport, when I noticed that Kendrick – sitting in the front seat – seemed uncharacteristically quiet. “Are you OK?” I asked him.

Let’s not go into details; let’s just say he was “ill” for the duration of the trip and leave it at that. Because oh god, if we don’t leave it at that (in other words, if food poisoning wasn’t what was going on there), life is about to get extremely real in the next few days.

Anyway, we landed, Kendrick packed off to his parents’ house to hide in a bedroom and get actual, away-from-children rest, and I went back to the hotel with my kids and their bag. My bag? The one with things like clothing and medication and toothbrushes? Oh no no. Delta thought they’d hold onto that for awhile.

At least the one outfit I still own is pretty cute. Sorta regretting the heels right now, though.

Update: Opened the kids’ luggage to find that Kendrick had accidentally stashed one of his t-shirts in there. Between that and the fact that five-year-old socks can apparently be stretched to fit thirty-five-year-old feet, am much happier right now. 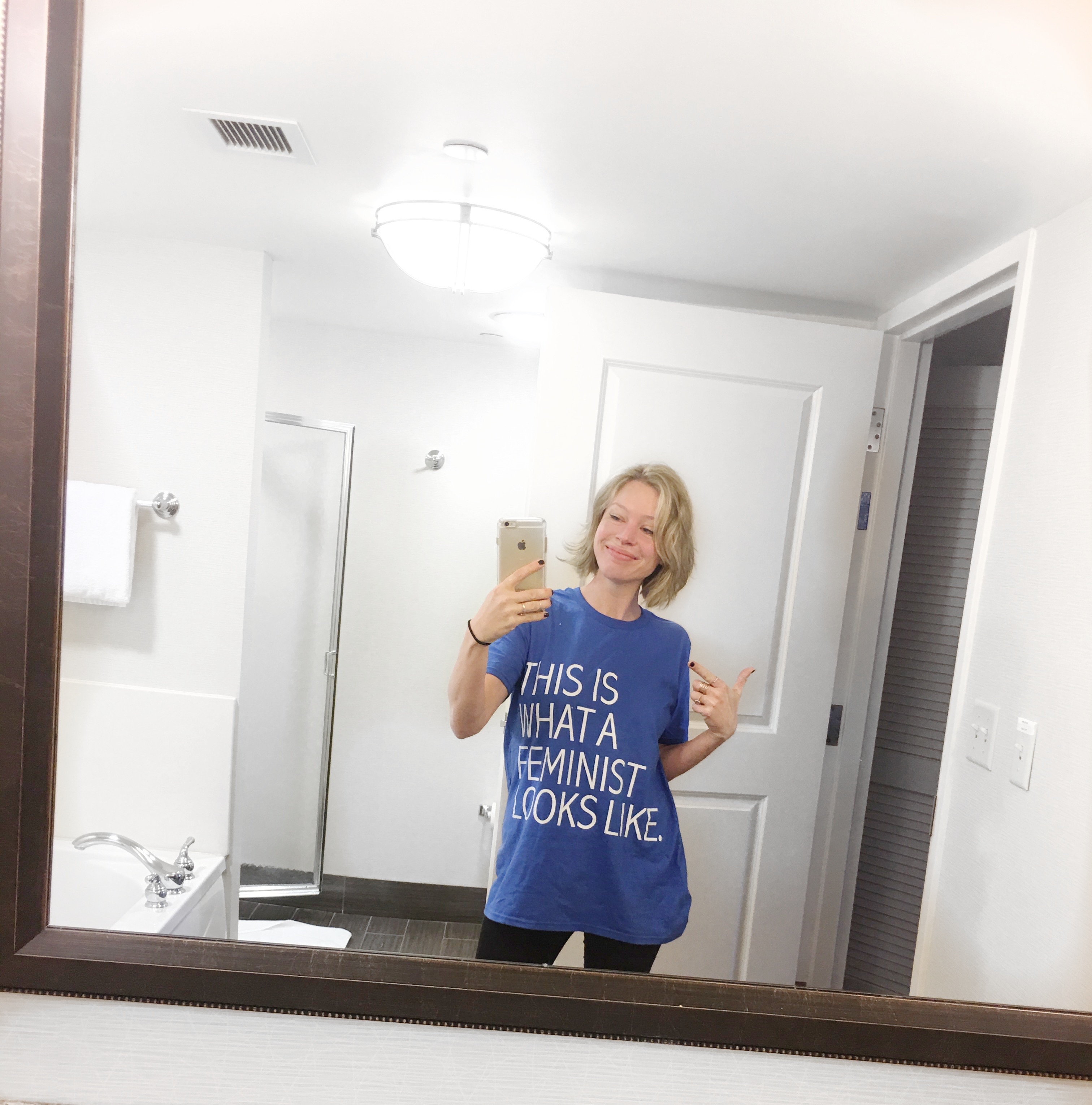