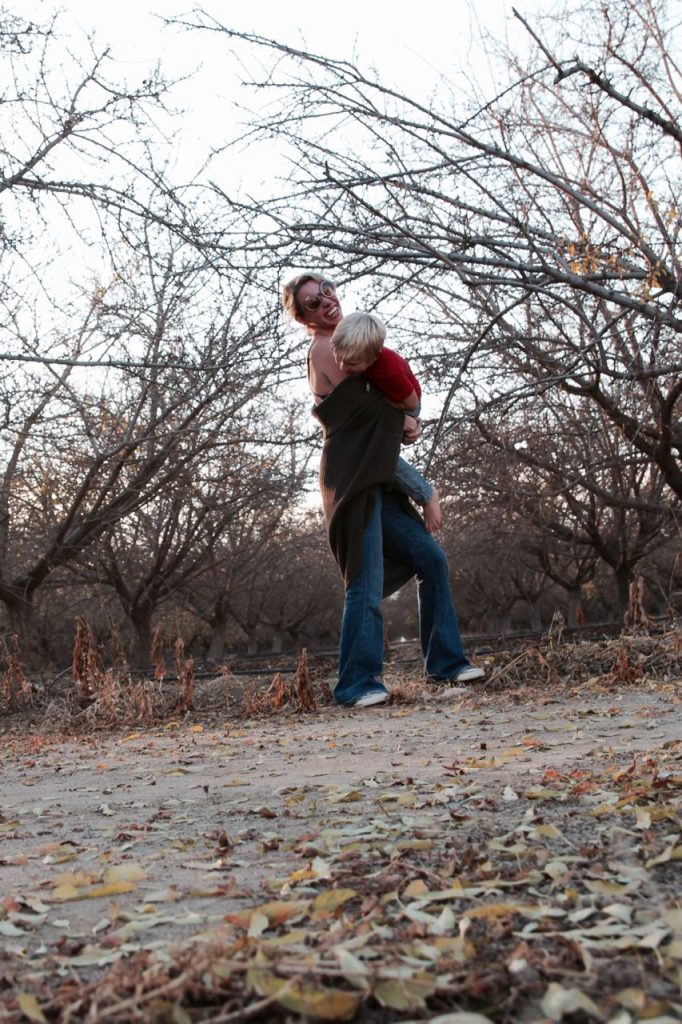 In the apple trees | Somewhere on I-5

I get asked about this (ancient) sweater all the time, and fiiinally found a similar one.

Whenever I make the drive down to L.A. – as I have at least once every two months since we moved to San Jose – I make up excuses to explain why I’m going. This time, for example, my excuses were: 1) I have a couple of meetings scheduled, 2) Francesca and I always have our own little mini-holiday celebration together, and 3) I just took a “special trip” with Goldie, and wanted to give Indy a special trip of his own.

All of these things are true. But the real reason I drove to Los Angeles is the same reason it always is: I wanted to drive.

At one point during the trip, there was an hour when Indy fell asleep and I turned on NPR, which happened to be featuring a series of TED talks on the topic of compassion. Journalist Krista Tippet (whose TED talk you can listen to here) was a guest on the show, and she talked about how compassion often amounts to nothing more complex than listening. Showing up, being present, and letting the person you’re talking to know that you hear them.

I do not hear my children nearly enough. Sometimes night will fall, and I’ll realize that I spent the entire day telling them what not to do, thinking ahead to the next thing we needed to do before the thing we were doing was even over. Ping-ponging between my phone and my computer and whatever needed to be cleaned up and put away. I’ll be on a conference call while simultaneously stacking dishes and scooting Lucy into the backyard, and my son will have to ask for orange juice three times before the words actually hit my brain.

I am not okay with the idea that my son might feel like his mother doesn’t hear him when all he wants is a glass of juice.

And yet in the weeks since the election I’ve been even worse, because the amount of headspace I typically reserve for living my life has been consumed by whatever brand-new catastrophe comes with the dawn of each new day. My insomnia hasn’t returned to what it was, but I can feel it nibbling at the edges of my brain, shaking me awake at 3AM to send me hunting for updates on my news app, and reminding me that I better not get too comfortable with this whole “sleeping through the night thing.”

A couple of days ago I saw my therapist for the first time in a few weeks, and she started our session by saying, “So how’ve you been?”

And do you know what I did? I paused for a moment, thought about it, and then burst into tears and cried out, “THE WORLD IS BROKEN.” (I really did do this, and was absolutely as dramatic as it sounds like I was. In my defense, I later asked my therapist how many of her other patients have been experiencing insane post-election anxiety and depression, and she said “All of them.”)

So that’s why I’m here in Los Angeles, sleeping on my best friend’s couch for a couple of days while my son sleeps on the floor next to me in his Taun Taun sleeping bag: I needed a break. I needed to put my hands on a wheel and spend five hours focused on nothing more complicated than a road. I needed to not have the option to check my email, or Facebook, or Instagram; to have thinking or talking to my son be the only things I could do. And speaking of talking to my son: I needed to talk to him about how cows make milk, and which Teenage Mutant Ninja Turtle has the purple sword and which one has the orange sword. Mostly I needed to just sit there and listen to what he had to say without that tiny, constant voice in the back of my brain reminding me of all those things I really need to be doing instead.

That voice is always there. But something about driving helps me to tell it to shut up for a hot minute.

While Indy slept, I listened to the entire NPR broadcast on compassion, and while I listened I thought about the fact that I don’t hear my children (or my husband, or my friends, or my family) nearly enough. I also realized that included in the category of People Who I Don’t Hear is – yes, of course – myself. And then I thought about the fact that that, right there, is why I drive. So I can turn down the volume on everything else and hear my own head.

When the show was over, I turned off the radio and drove in silence, and the quiet and the road reminded me of being a little girl in the backseat of my parents’ car, driving home from a party or a weekend trip, with nothing to do except look out the window and see what was there. Night fell around the time I hit the Grapevine on I-5, and so I just focused on the road, piloting our car through the winding dark. And what I found out right then was so simple: All I want is to be bored and peaceful for a moment, nothing more to do than watch the white lines on the highway shoot back into the places I’ve left behind. 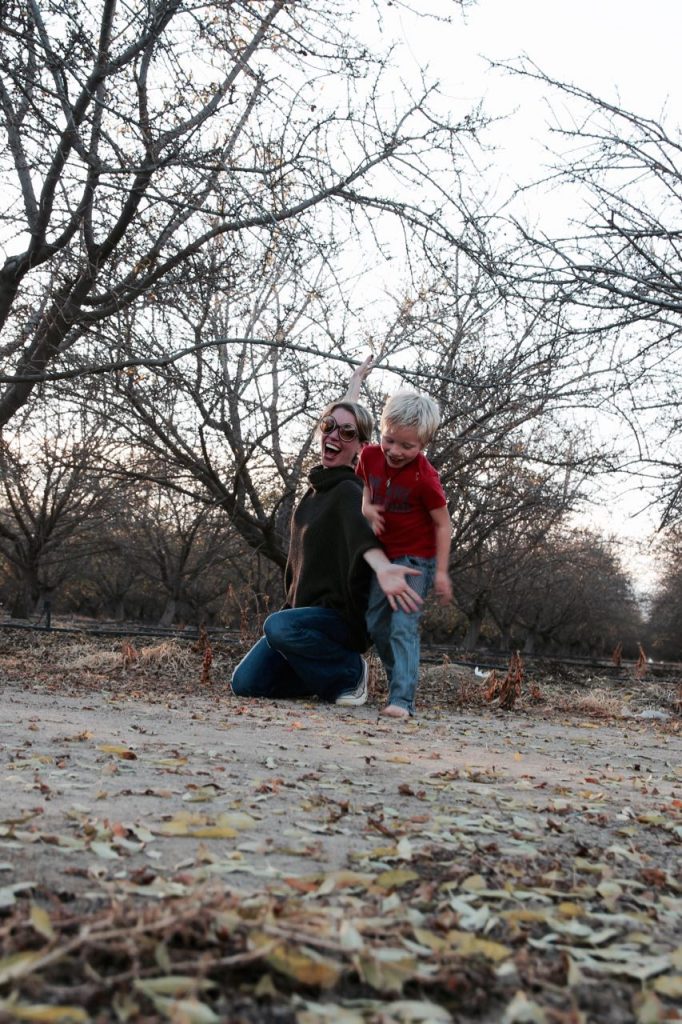 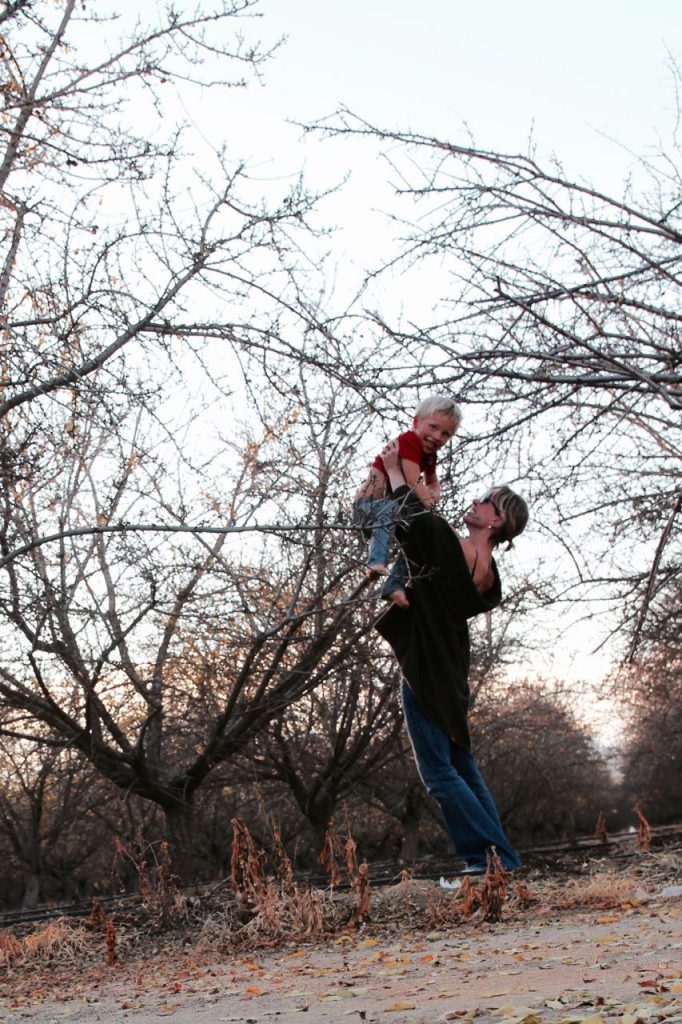 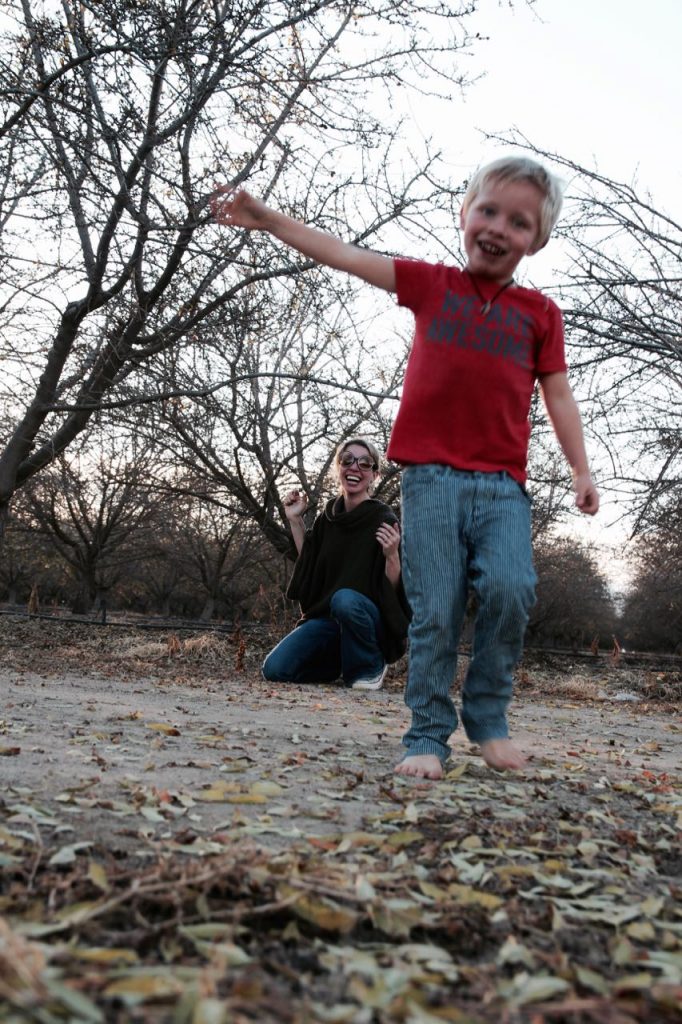