A Few Things I Learned This Week 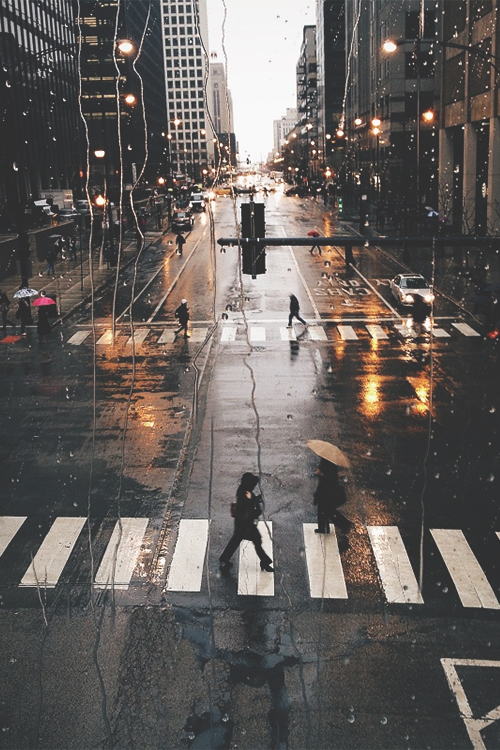 Even in the rain, Christmas in NYC is lovely (image via)

I just realized that I’ve been in New York City for a week now, and have barely even mentioned it (although I’ve been Instagramming and Snapchatting the bejeesus out of this trip, per usual). I flew in mostly because my aunt Trudy (who lives in a part of Canada that’s extremely difficult and expensive to get to from San Jose) has never met Goldie, and so I used miles to fly to the city during a time when she was planning to be there visiting my mom.

One of the more exciting things that happened this week was that Erin and I met up with our editors at Penguin Random House to discuss the details of our book launch in the spring (The Big Fat Activity Book for Pregnant People officially comes out on April 25, although it’s available for preorder now). We’ll be doing events on both coasts, so I’ll keep you guys posted in case you’d like to swing by for pickles and ice cream and hugs and such. And! And and and! We also found out that the book is being picked up for publication in the U.K., France, and Poland – which means that there’s a decent chance that Erin and I will end up hanging out in Britain at some point early next year. Tea and crumpets! Adorable London boutiques! HOTEL BEDS.

So that was cool to find out. But was book-related information the only information I acquired over the past few days? Oh no. I learned a lot of important stuff on this trip, and now I am going to share it with you. 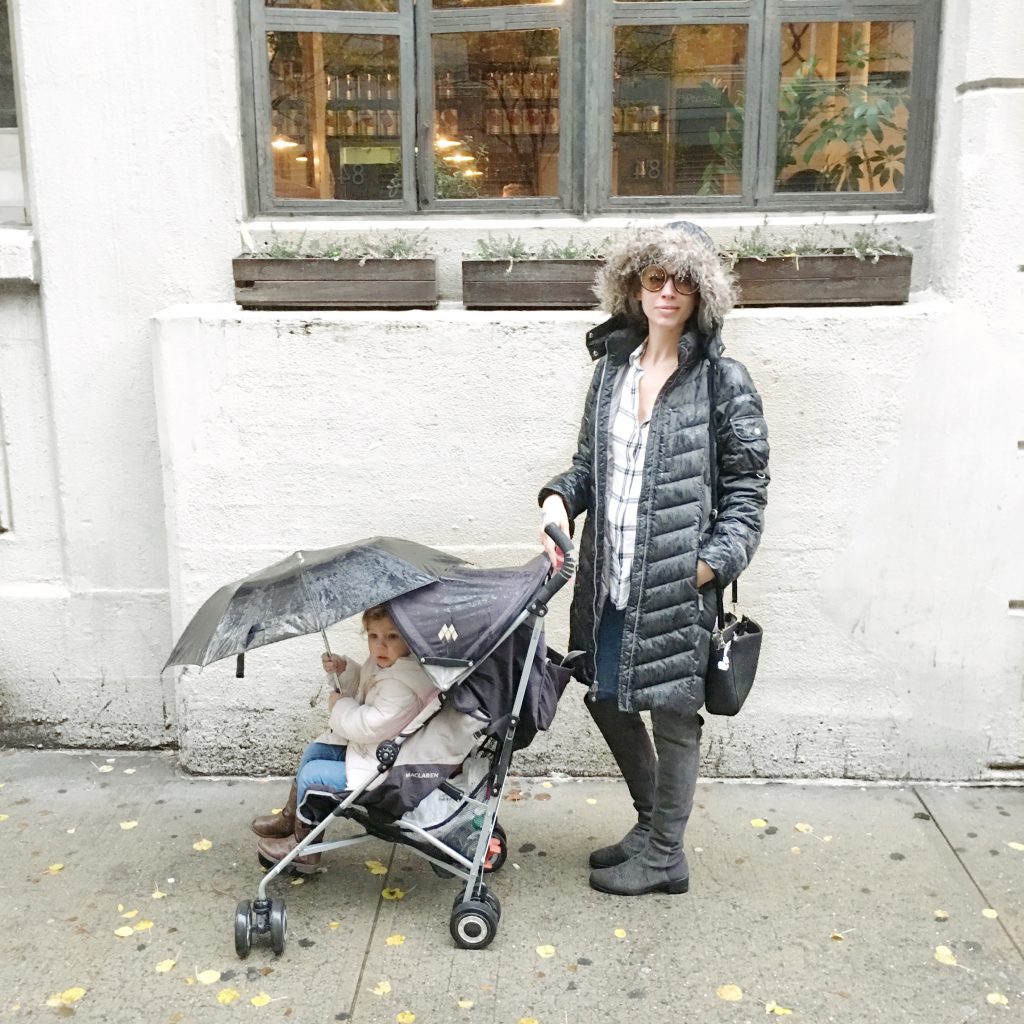 Lunch at Al Mar, in Dumbo. In the rain.

1. Two-year-olds can hold their own umbrellas. Neat. I hadn’t known that; now I do.

2. Karmela Lozina at John Sahag Workshop actually does the best haircut in the entire world (not new info if you’ve been reading here for awhile, but always worth a revisit). My layers from this disaster finally grew out, and so she chopped everything off…and now, a year and a half later, I finally have my favorite haircut back.

3. Raiding your parents refrigerator is still fun at age 35. Especially when the refrigerator contains all the ingredients for a banana split, which you can then eat at 1:30 in the morning while scrolling through your news app. 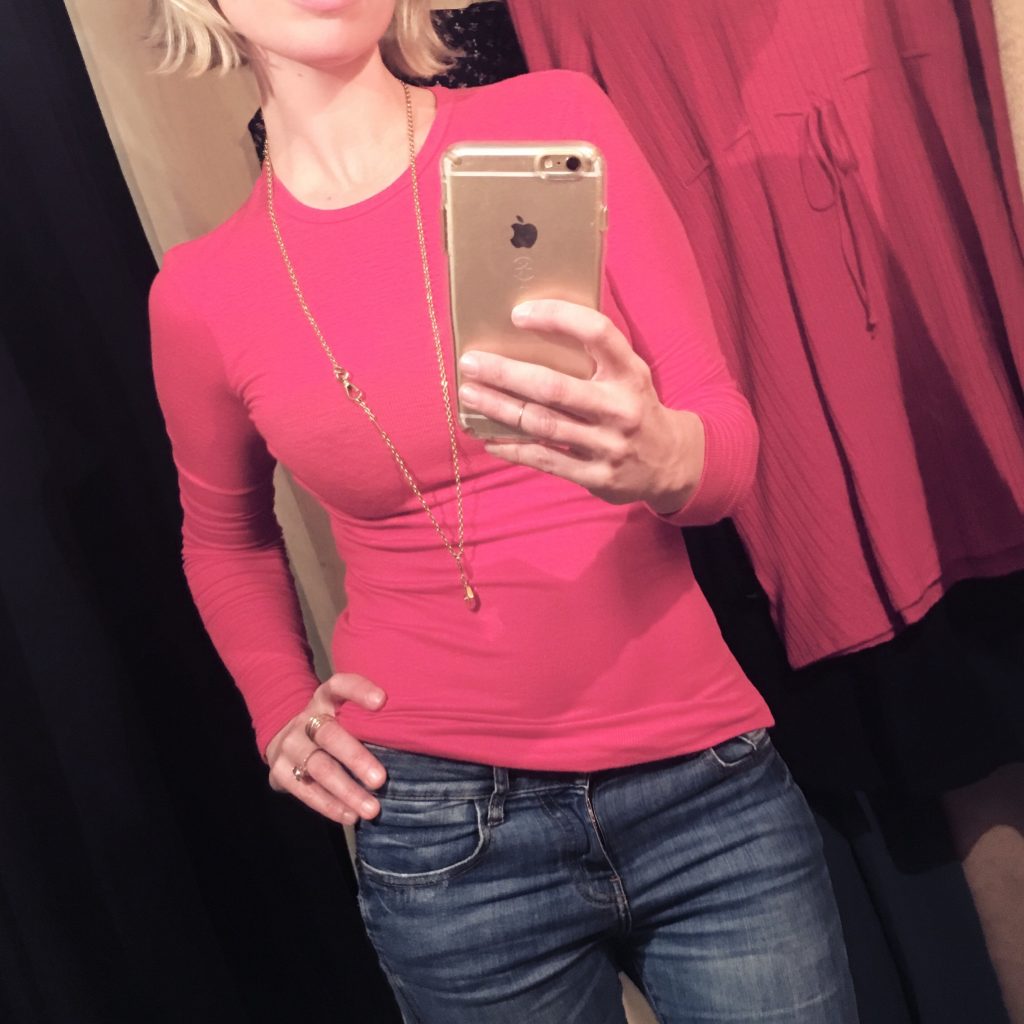 The lighting in this pic is terrible; the shirt is a true red.

4. This top (which I now own in both red and black) is an absolute essential. Super soft; perfect fit; lightweight but cozy. So, so good. (Suggestion: skip the white; it’s a little too see-through.)

5. I am totally capable of hauling stroller + purse + 35-pound person down (and then back up) three flights of subway stairs. (I got tired of doing the “look hopefully around and wait for someone to offer to help” thing, and decided to just carry the whole damn situation myself. I was pleasantly surprised to discover that I am the next American Ninja Warrior, assuming the only event involves carrying strollers full of toddlers up and down stairs.)

6. And finally, I discovered one last thing that you need to make sure goes directly into your long-term memory because you need to never forget this, ever: If you take a little girl to the American Girl store, you better be ready to deposit an American Girl into her outstretched hands RIGHT FUCKING IMMEDIATELY AND THERE IS NO WAITING FOR SANTA CLAUS. 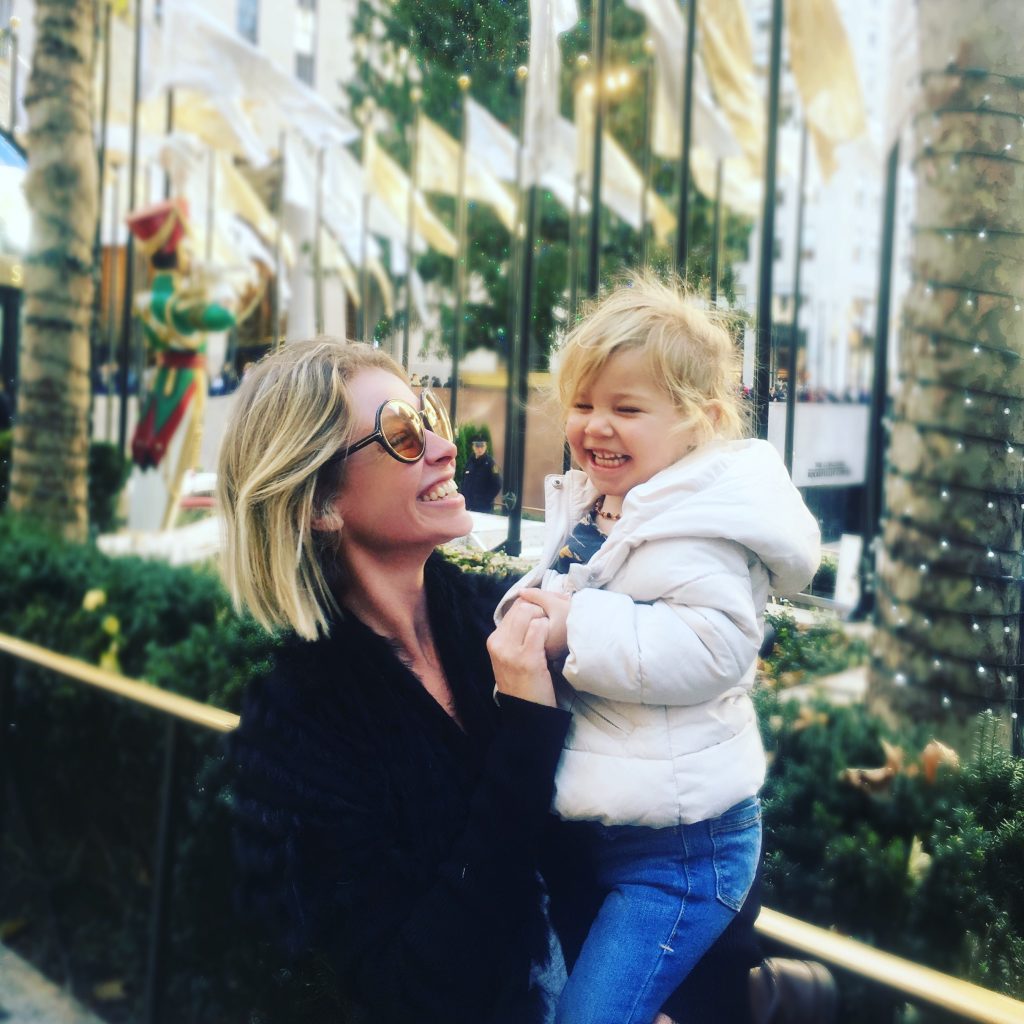 This is the “before” shot. As in “before walking into the American Girl store.”

Look, I already bought Goldie the American Girl doll that she’s getting for Christmas. I am not depriving my daughter of her American Girl dreams. I only stopped into the store because the doll that my friend’s daughter wants is sold out everywhere except in NYC, and I wanted to do her a favor by picking it up while I was here. But did you know that the American Girl store in New York City is three stories high? And did you know that the doll that my friend’s daughter wants is located in the farthest section of the top floor, past Samantha and Felicity and the dress-up shop and the DOLL HAIR SALON?

I’m not exaggerating when I say I went through that place in a full sprint, so we actually ended up getting the doll and getting on line to pay for it with my daughter more confused than anything else…but then the store went ahead and ruined it all by surrounding the checkout area with a massive display of Bitty Babies. Dressed in pink. And did my daughter want a Bitty Baby dressed in pink? Oh you bet she did.

Anyway, now I know more stuff than I knew a week ago. And so do you. Headed back to the West Coast today; see you on the sunny side!