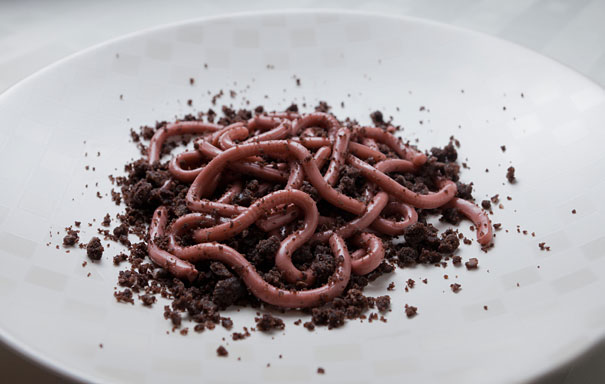 The other day I was at Children’s Storytime at the library, and I ran into my friend Brianna, who was there with her niece (who happens to be Goldie’s BFF). I mentioned that we were throwing Indy a “spooky party” for his fifth birthday, and she said “OH. You have to make worms!”

Apparently there is a recipe all over the Internet that explains how one can pour raspberry Jell-O into bendy straws, and somehow end up with worms.

Awesome, right? I had all these visions of creating massive piles of slimy (yet edible) earth-creatures, and then depositing them atop my son’s birthday cake, or pouring them into bowls to freak people out, or just dangling them in my guest’s faces because ew, worms.

Except…well, it’s best if you just check this one out for yourself.