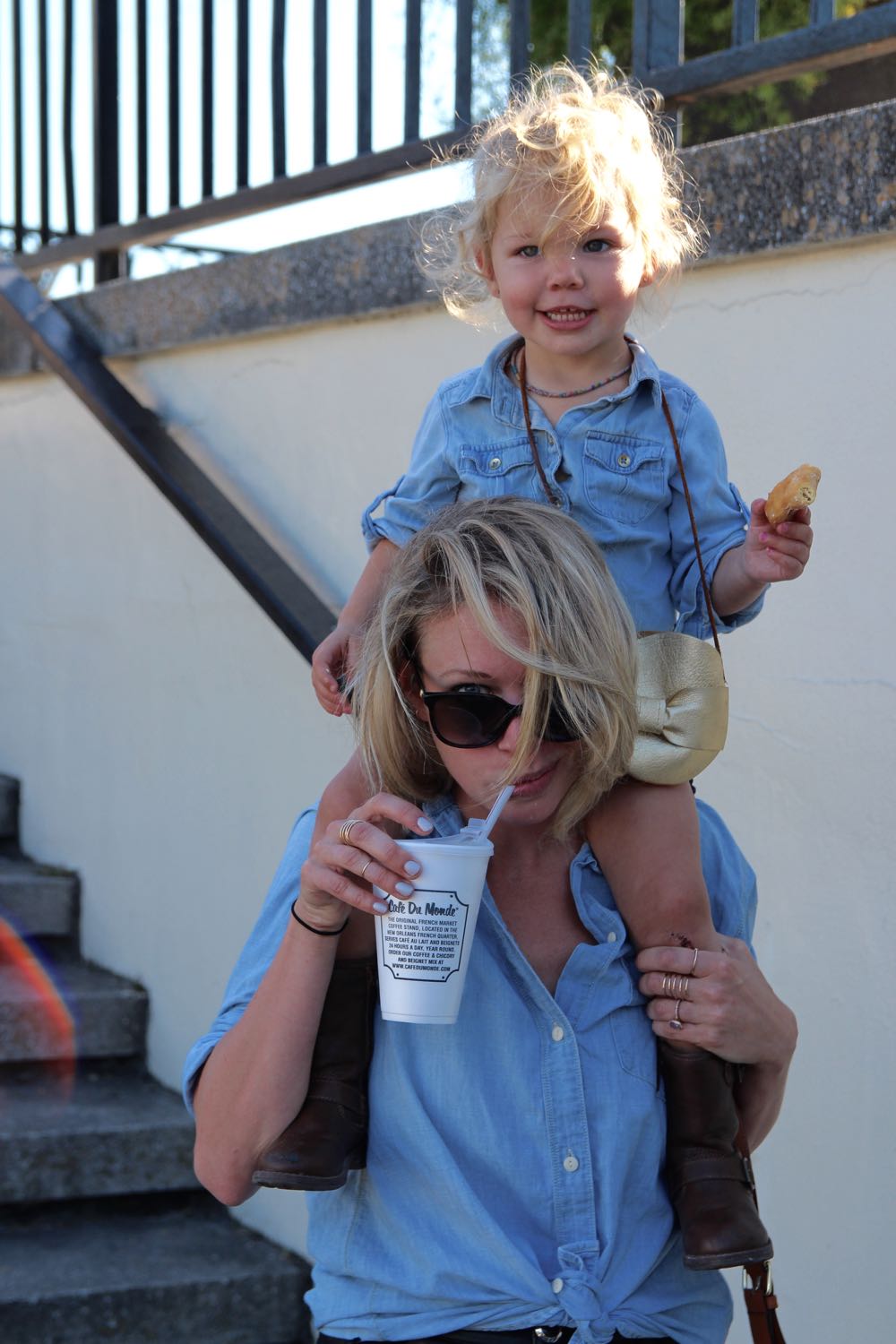 I think my face here pretty much says it all. Our last day in New Orleans started with a beignet-driven meltdown. (Seriously. My children – particularly my daughter, whose nickname when she is being ornery, FYI, is “Sassypants” – were categorically incapable of handling the presence in their lives of beignets, and the end result was Goldie collapsed on the ground in full spread-eagle mode. This did, however, also result in a man walking by laying down on the ground next to her and having his own temper tantrum to try to distract her, which was mayyyyybe one of the most amazing things I’ve ever seen.)

The picture above was taken ten minutes post-meltdown, when Goldie had finally been appeased by a beignet. You know, the one that we had never said that she couldn’t have, but that sparked a meltdown anyway because she…didn’t believe us that she could…have it? I have no idea.

Anyway, things went uphill from there. 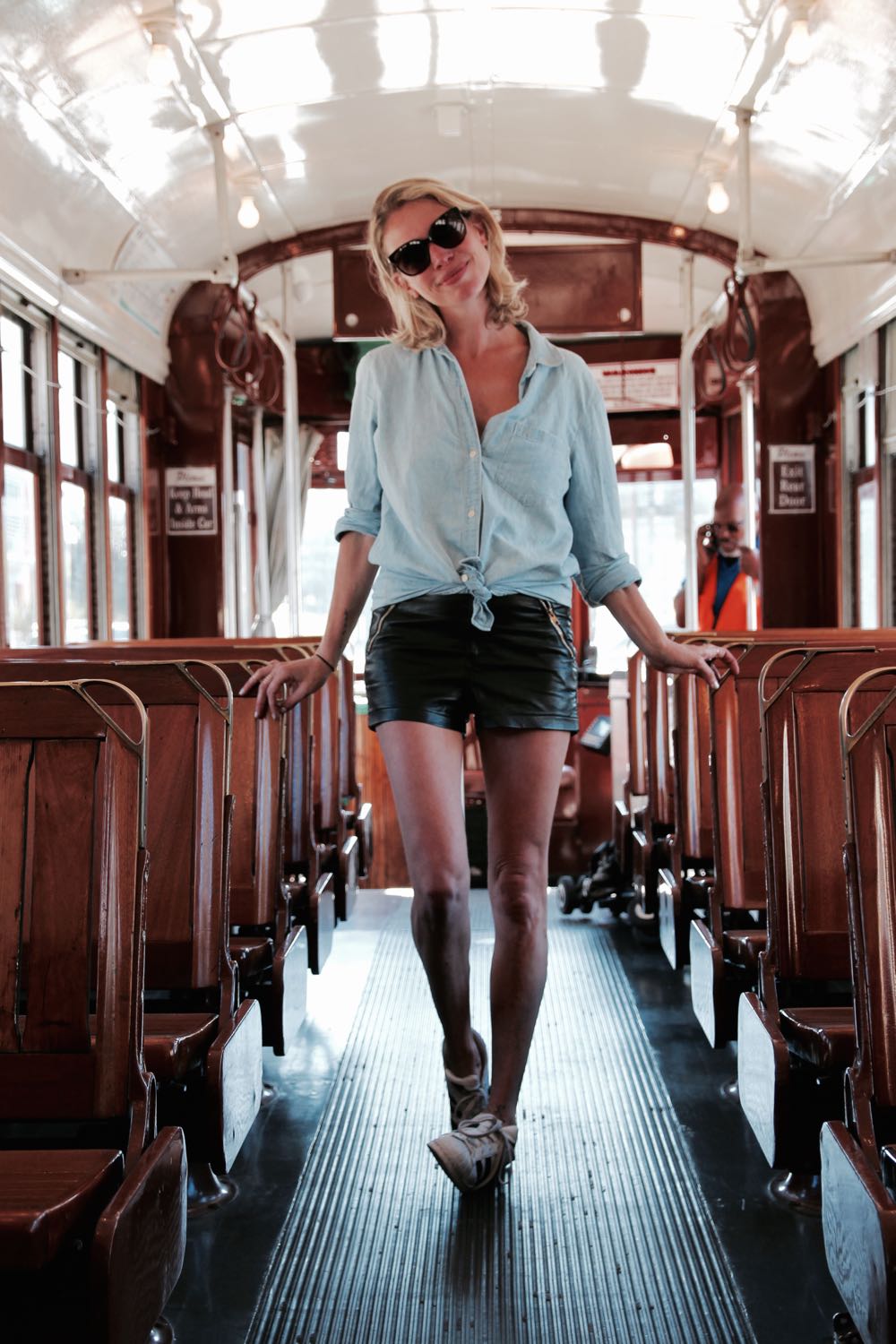 Ohhhh, just learning to drive a vintage streetcar and then going for a just-us-four ride through the city, nbd. The reason for this: the streetcar system – which was damaged by Katrina but has been restored to working order – is one of the loveliest attractions in New Orleans. They’re charming (the St. Charles line streetcars have mahogany seats, leather straps and exposed light bulbs), they’re relaxing, and they’re apparently how many people commute to work, which makes me want to move to New Orleans immediately (we did actually fantasize about this briefly while wandering through the Garden District and looking at the architecture).

Riding through the streets with their hands in the breeze practically made my children comatose. Which, given how the day started, was an excellent development. 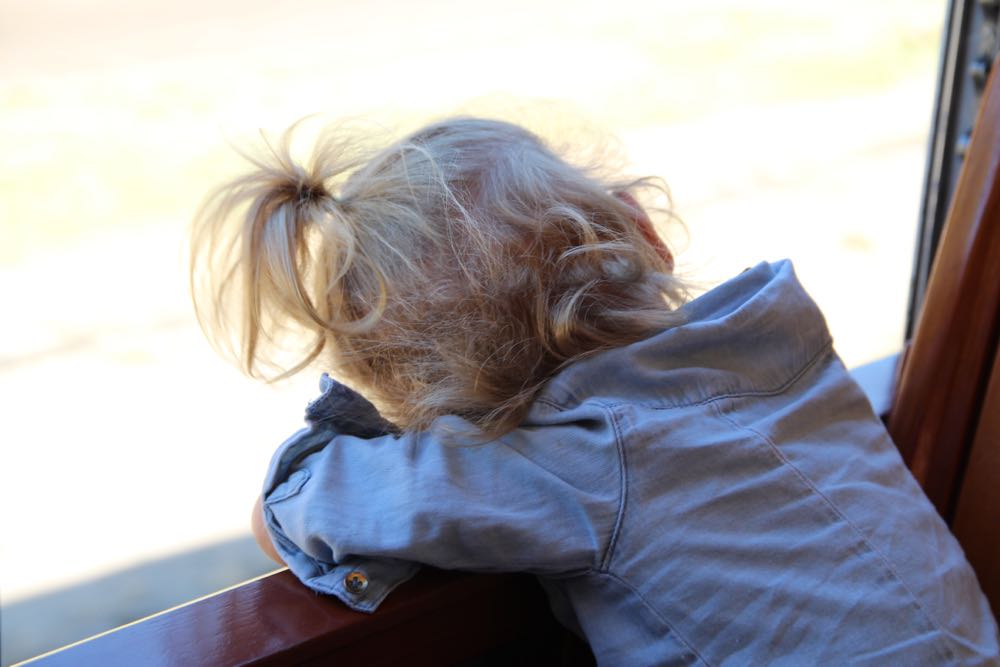 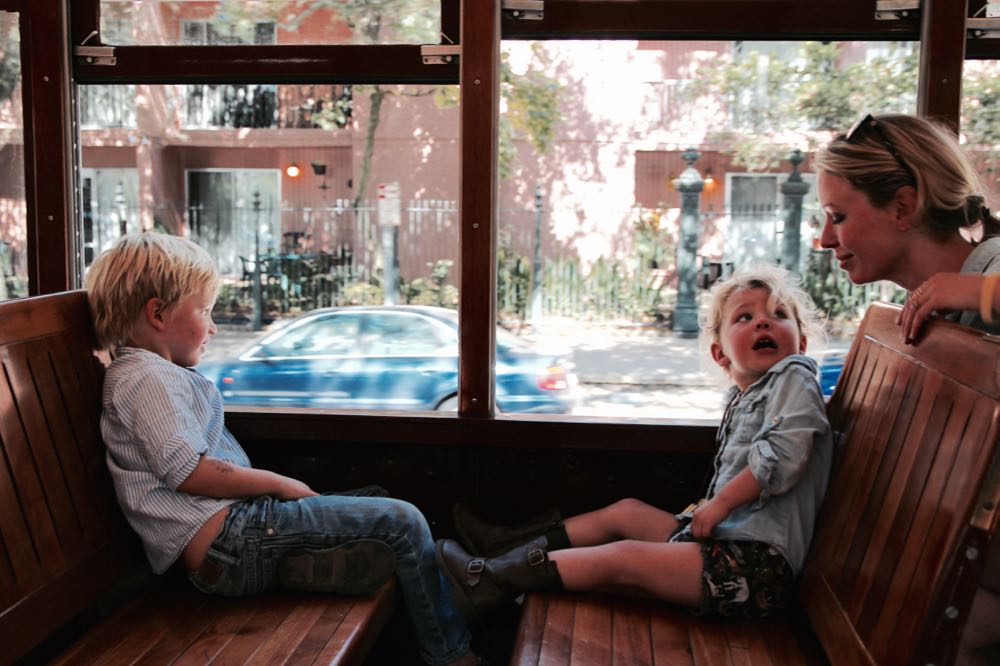 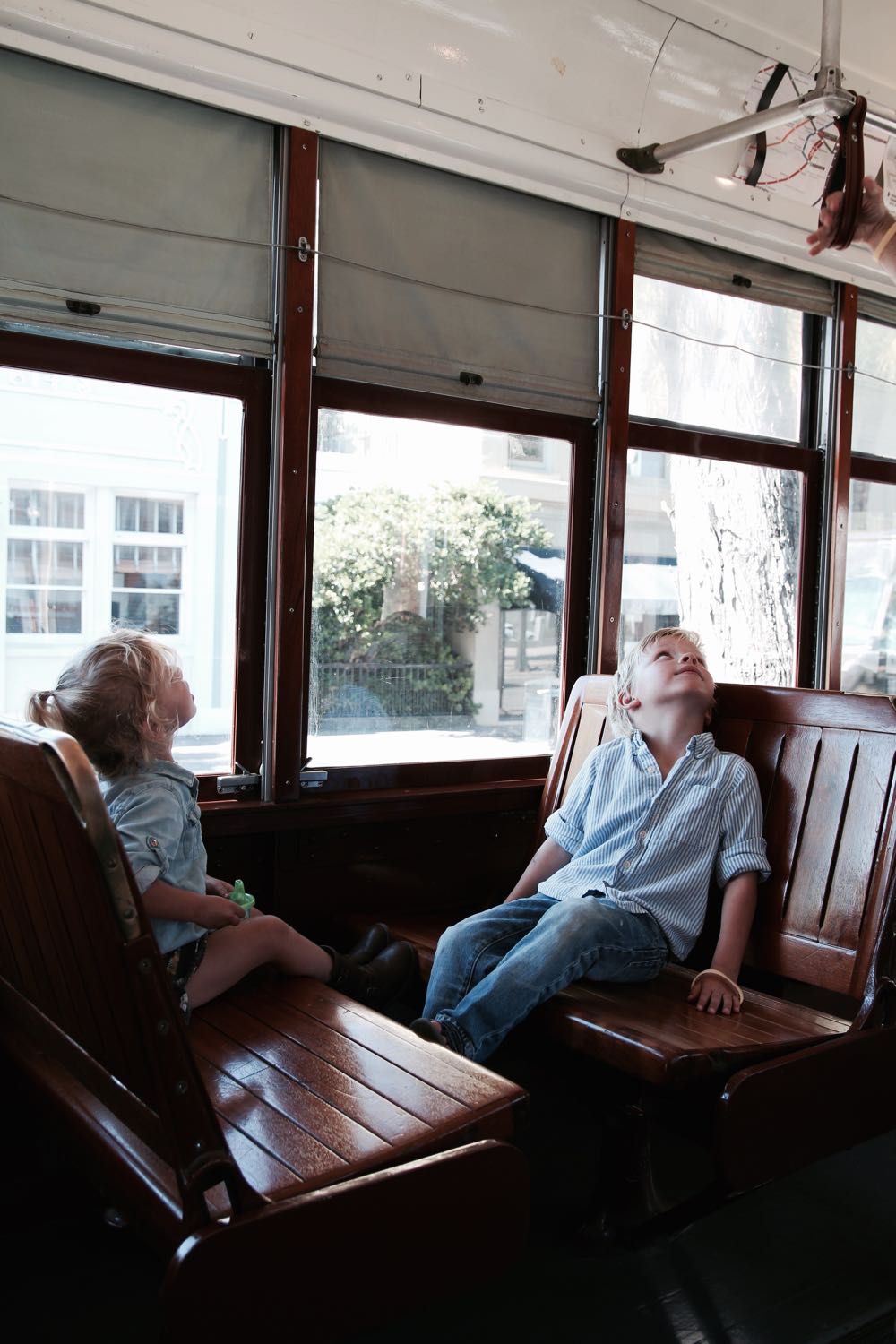 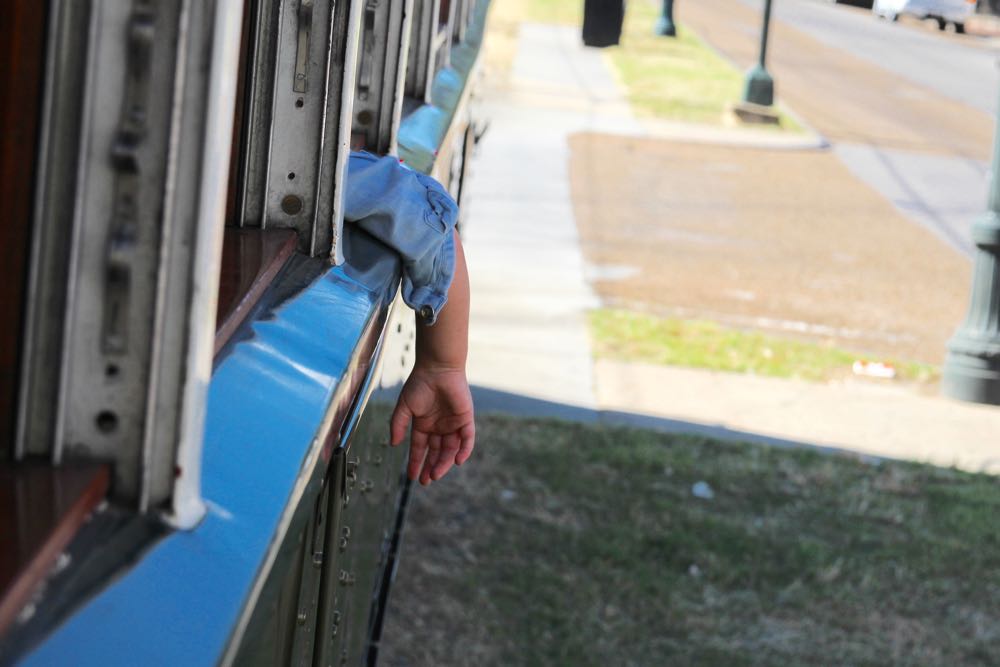 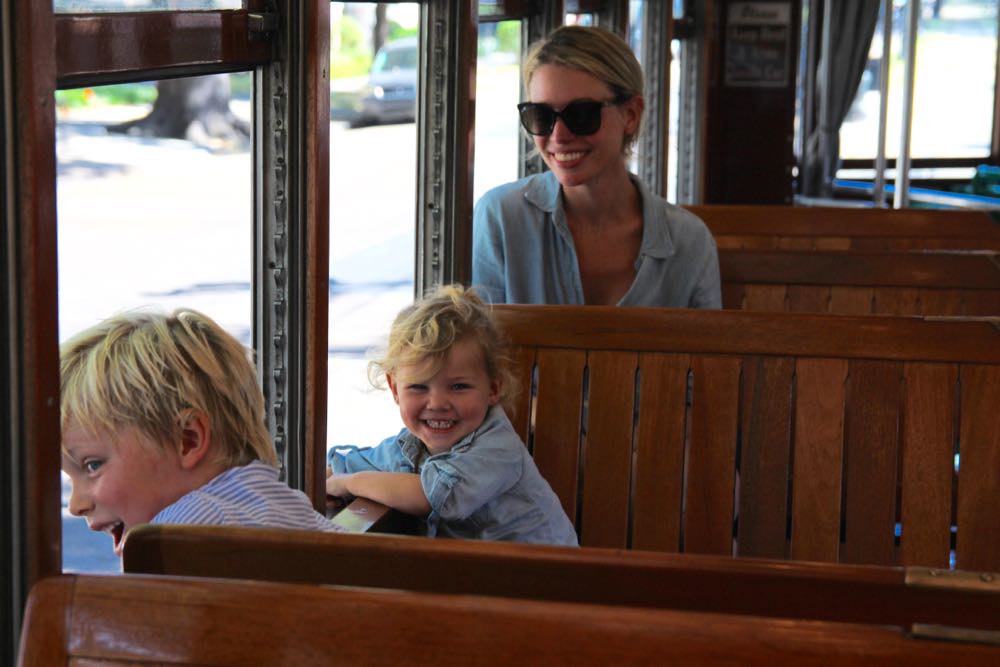 We hopped off the streetcar in the Garden District, did the aforementioned house-fantasizing, and made our way over to Magazine Street, where I could have very easily spent every cent I have because hellooooo antiques market. (I ended up buying a multistrand necklace that started out being $85 and ended up being $25 either because I am an excellent negotiator or because the proprietor wanted my children to step away from the expensive antique china as soon as possible). 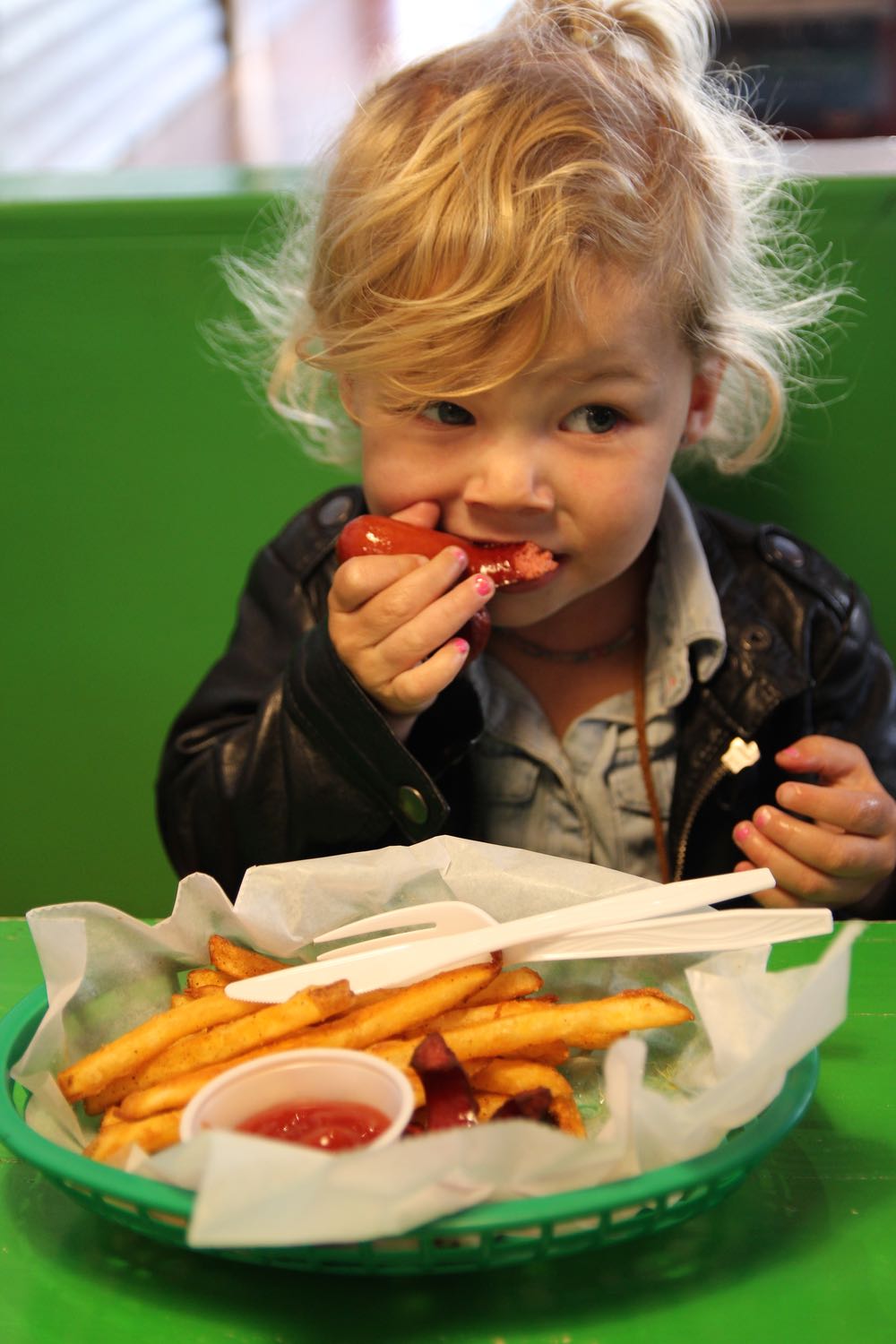 Two more favorite stops: Dat Dog, where the kids ate octopus-shaped hot dogs and I ate the single best hot dog I have ever eaten in my life (and I’m from NYC, so I am snobby about my hot dogs), and the kids’ boutique Pippen Lane, where I found black leotard with a sparkly black tutu that they were selling alongside a felt penguin mask. I desperately tried to convince my daughter to be a sparkly be-tutued penguin for Halloween, but to no avail: she’s holding strong on the Pink Princess idea. 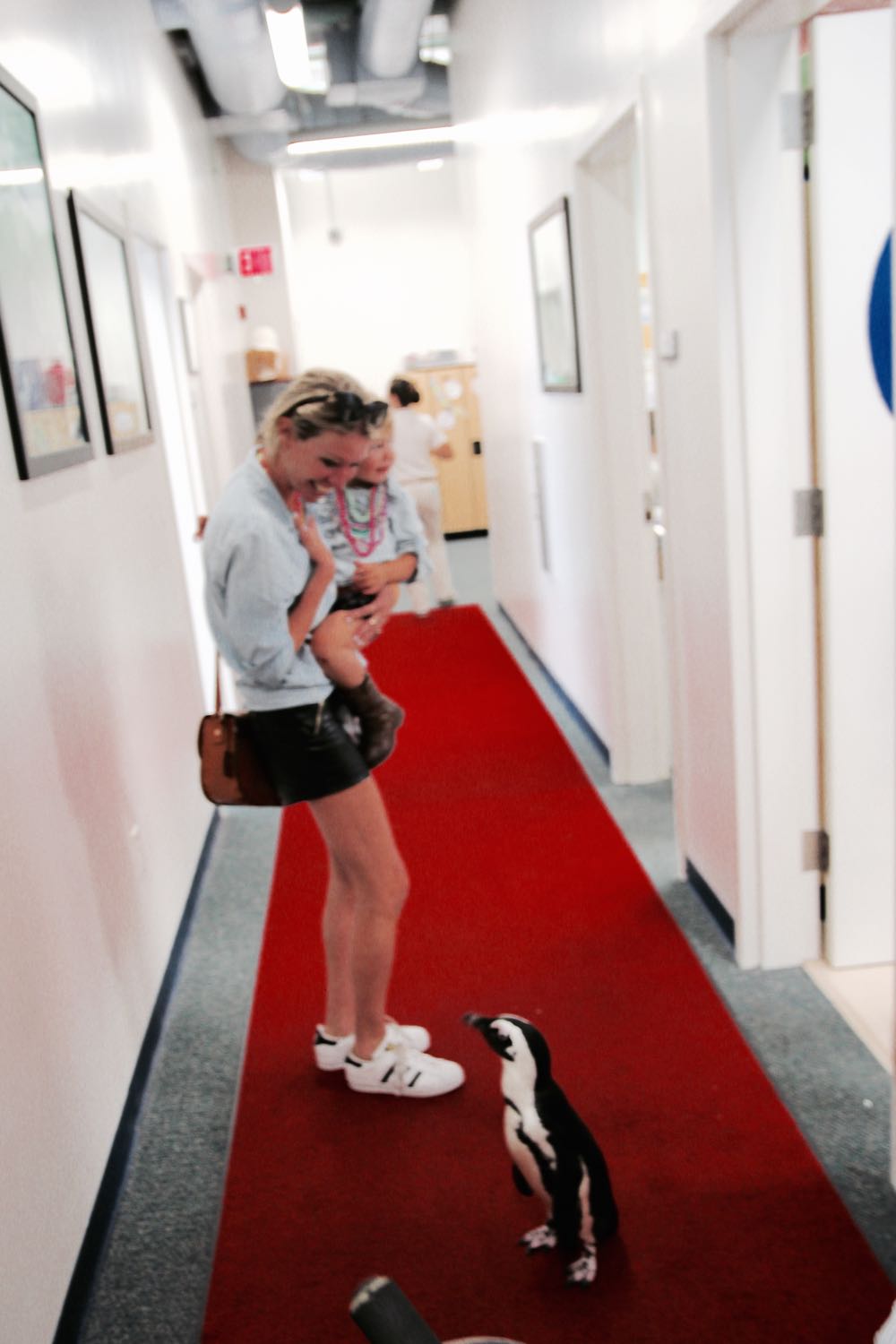 …And above, there I am having my greatest childhood dreams come to life in the form of a penguin named Sassy. (Could the name possibly be any more perfect? Also the photo is blurry because I was freaking. Out.)

Or at least I got to hold him for a minute. Because shortly thereafter Sassy fell completely in love with Kendrick – a.k.a. the member of our party least enthusiastic about penguin-holding – and literally would not leave his lap or stop performing what our guide called “mating behaviors.” It was as amazing to witness as you’d imagine. 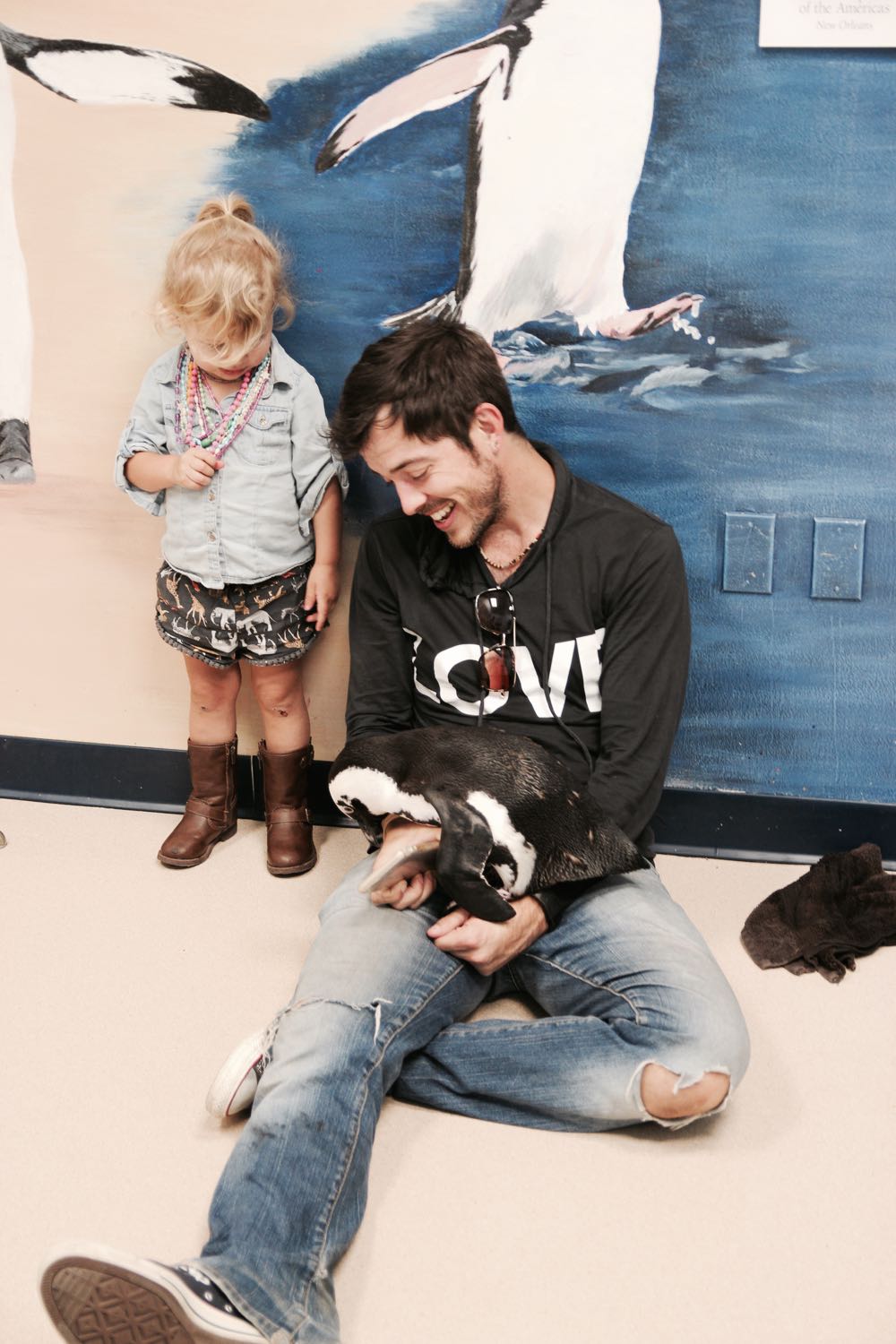 (This is actually a thing that you can totally do at the Audubon Aquarium – it’s called the Penguin Experience, and also involves getting to help make the penguin food, and helping transport the penguin that you hang out with through the aquarium and back to his exhibit, which essentially transforms you into a celebrity for the duration of the stroll, because people freak the F out when they see penguins rolling by.) 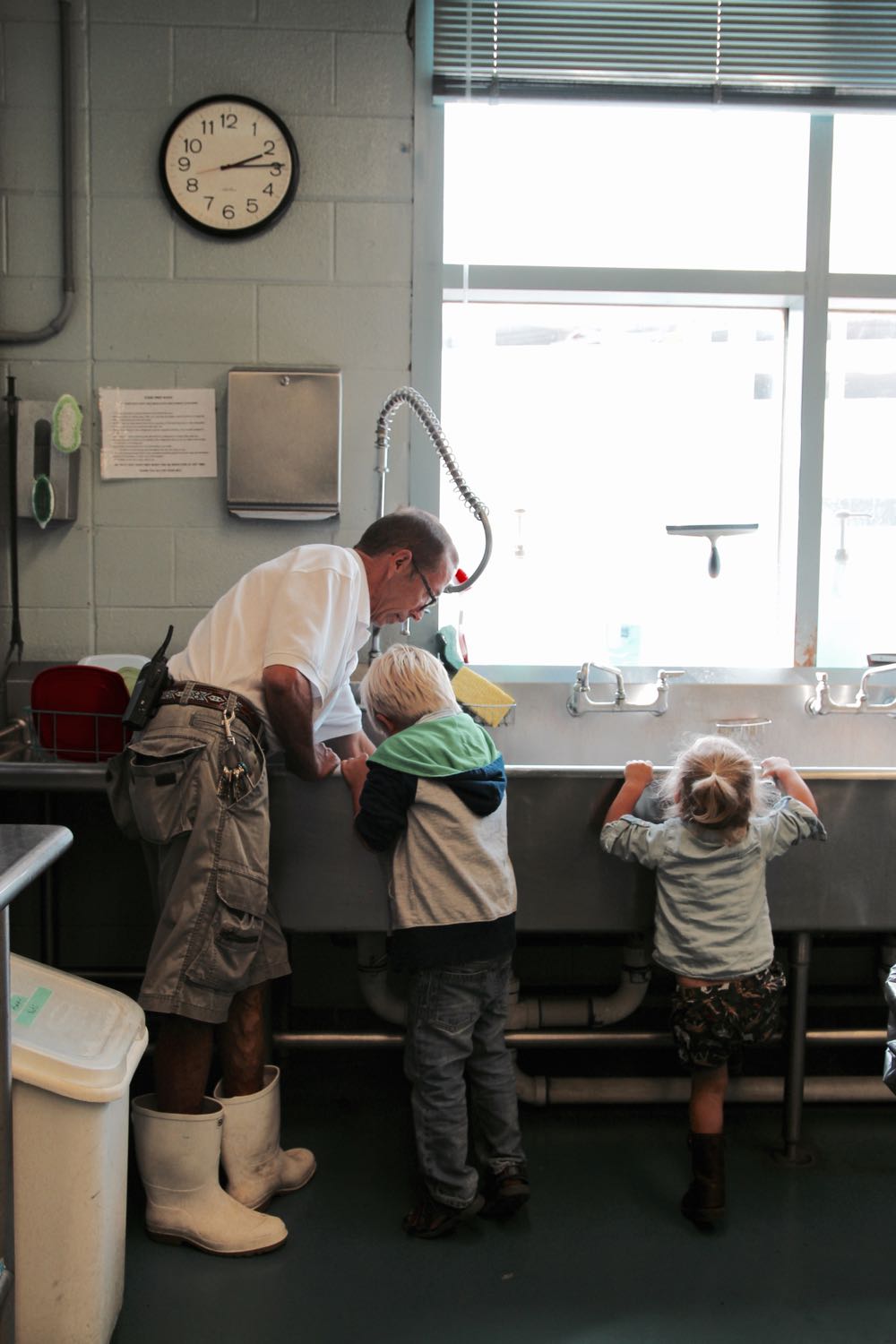 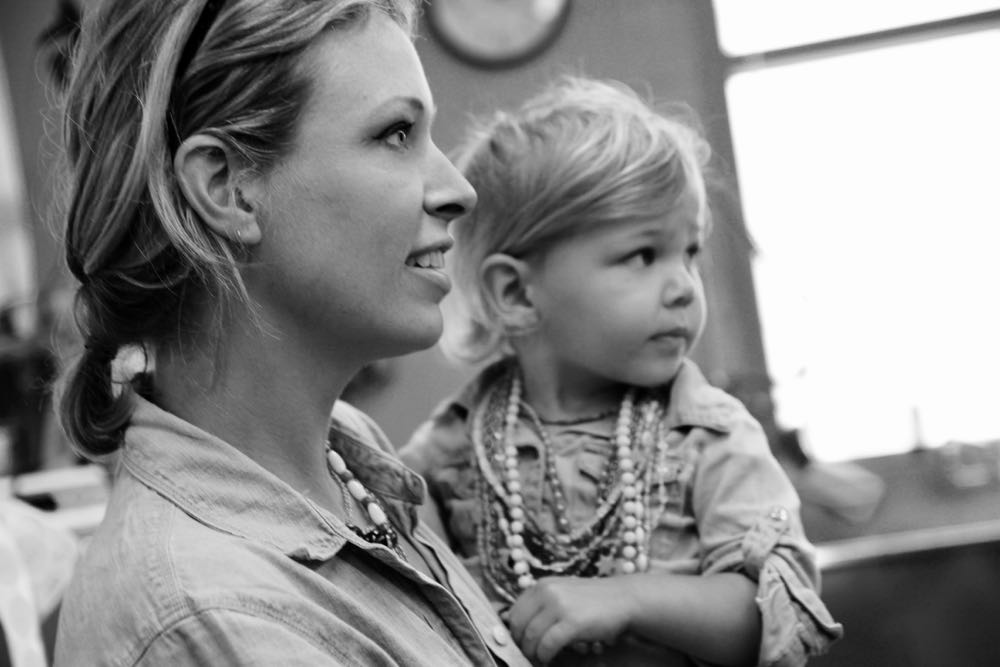 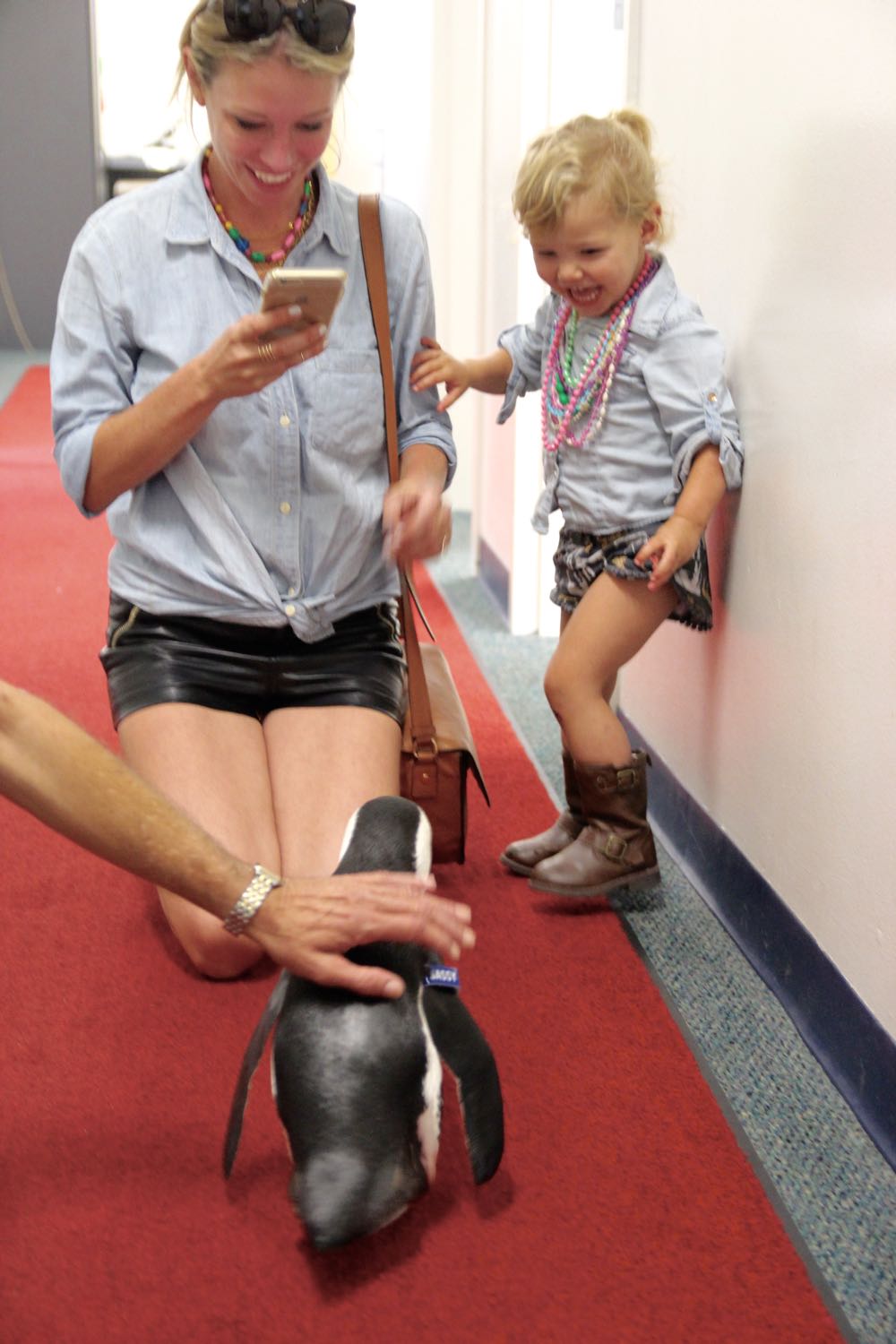 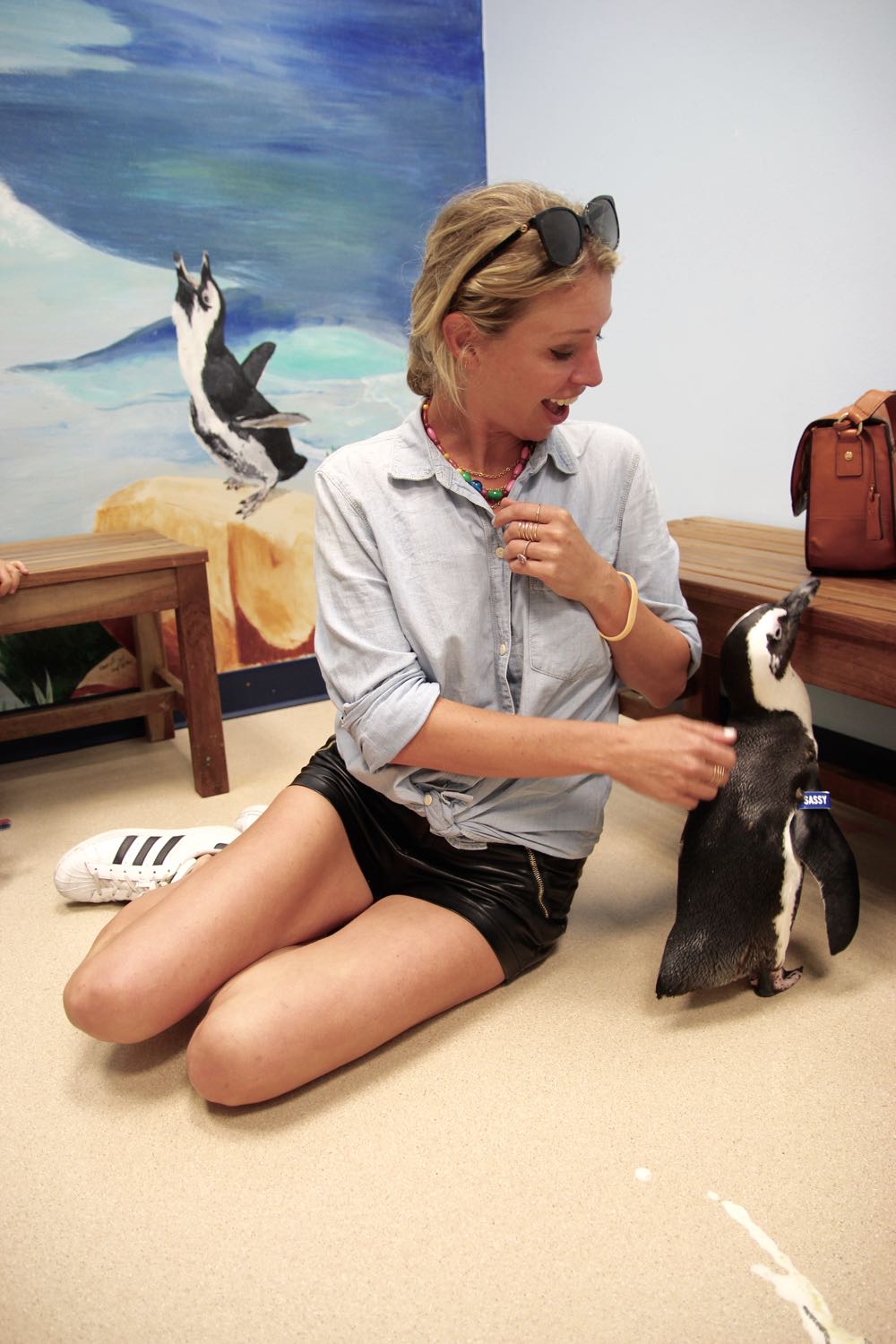 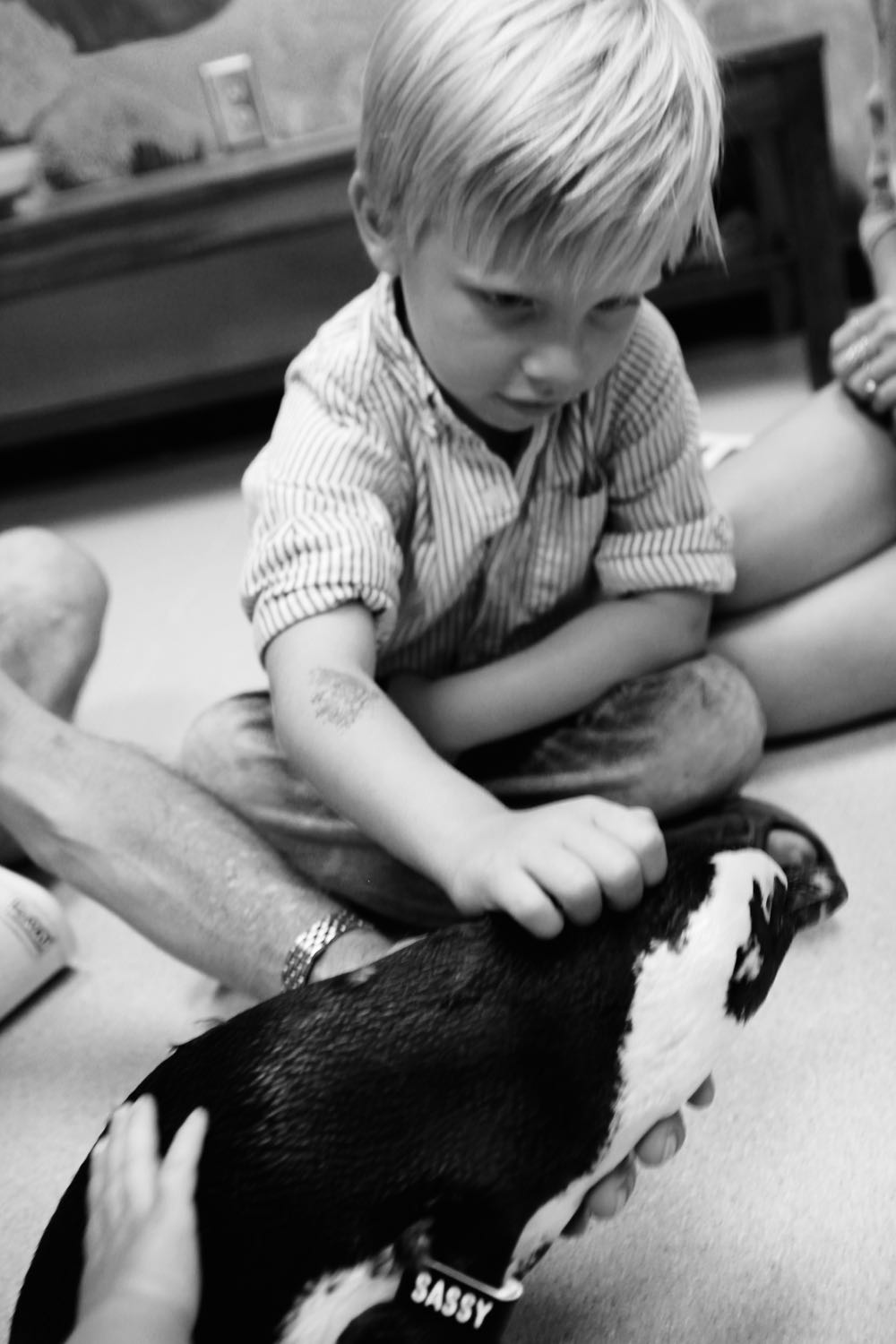 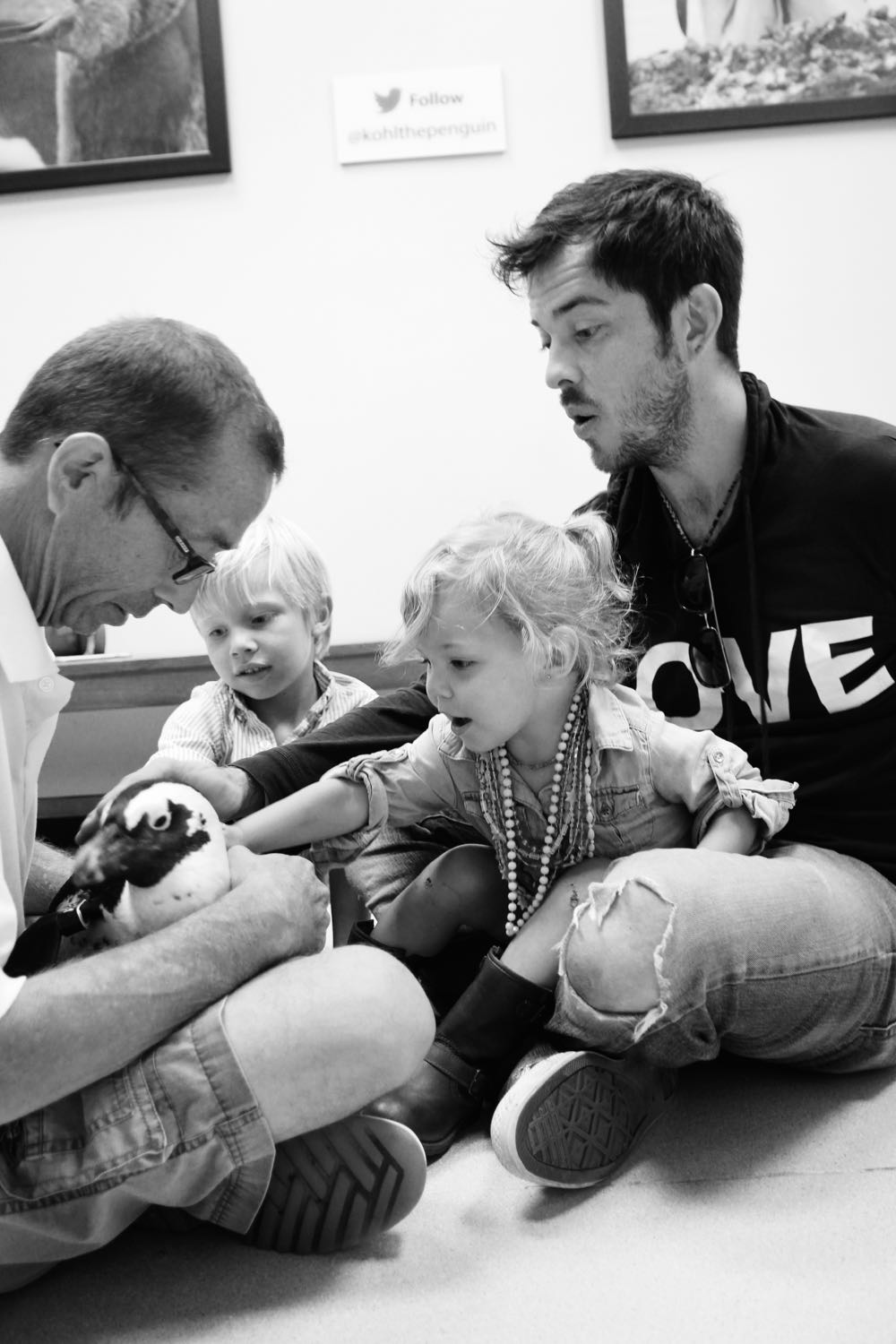 Oh my goodness, New Orleans. Thank you for this trip. It was a dream come true.