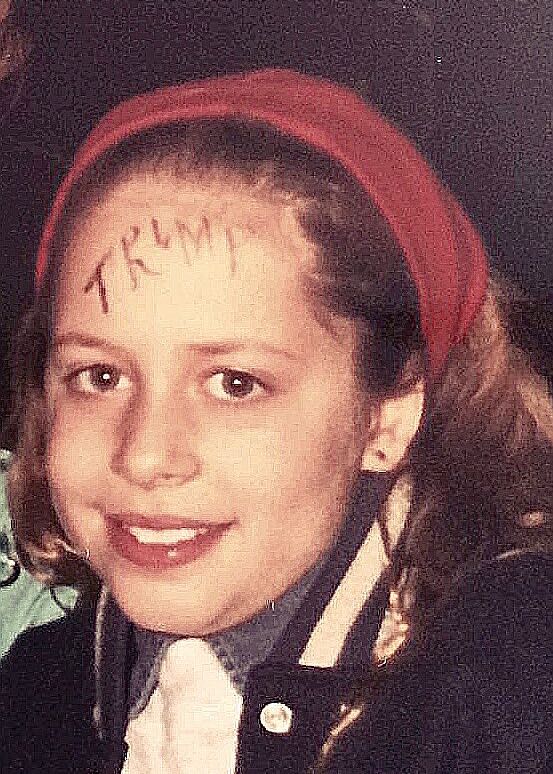 Pictured above is my grade-school friend Rachel at 9 years old, with Donald Trump’s name written on her forehead. When this photo first popped up in my Facebook feed it gave me some serious pause, because I’ve known Rachel for a long time now, and I cannot imagine a universe in which this makes sense – even given the fact that this is a photo of her when she was in elementary school, and at the time Trump was only a real estate developer (if a polarizing one).

The story behind this photograph really needed to be shared, so I asked for Rachel’s permission to share it here.

…Let’s set the stage, shall we?

The year was 1990, and the location was Wollman Rink, an ice-skating rink in the middle of Central Park that Trump had renovated and was operating at the time (he still does, but nowadays as a joint venture). Rachel’s class at Public School 6 had been asked to participate in a press event for Trump, but for reasons largely opaque to her; a mockup of the Eiffel Tower was involved somehow. 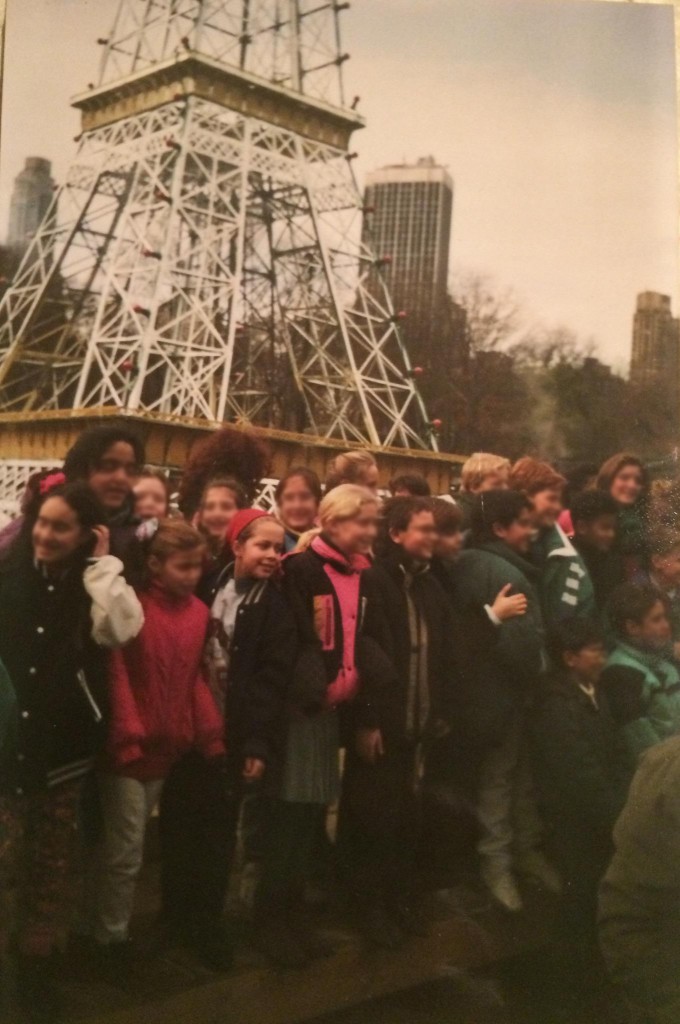 Rachel and her classmates (whose faces have been blurred for privacy)

What an adorable backdrop!

After the press photos were taken, the class was ushered towards Trump, holding pieces of paper for him to sign.

We gathered around and smiled for the cameras. After the press pics, my classmates gathered around him with pieces of paper for him to sign. I didn’t care at all about getting his signature, but I stood in the group with everyone else, because that’s how school events work.

Trump went down the line, got to me, and saw I had no paper. So he took my head in his hand, tilted my face up, and signed my forehead in permanent marker.

Things that happened next included Rachel being confused about what had just happened to her forehead, Rachel’s mother being (understandably) annoyed about the fact that she was now going to have to remove permanent marker off of her daughter’s face, and a couple of other kids getting all excited and wanting forehead-signatures, too – a development that apparently inspired Trump to begin randomly grabbing at children’s heads and signing them whether they had requested a signature or not.

I’m sure that lots of people have laughed at the telling of this story in the past; it’s a bizarre one, to be sure: an odd encounter with an eccentric mogul with a skewed sense of personal boundaries. But it’s not a funny story anymore.

Donald Trump felt that it was okay to grab a child’s head and write his name on it, unbidden. I could write paragraph after paragraph about what this single event says about this man’s entitlement; about his impulsivity, his narcissism, and his stunning lack of respect for his fellow human beings. But I’m not going to, because I think this one speaks for itself.