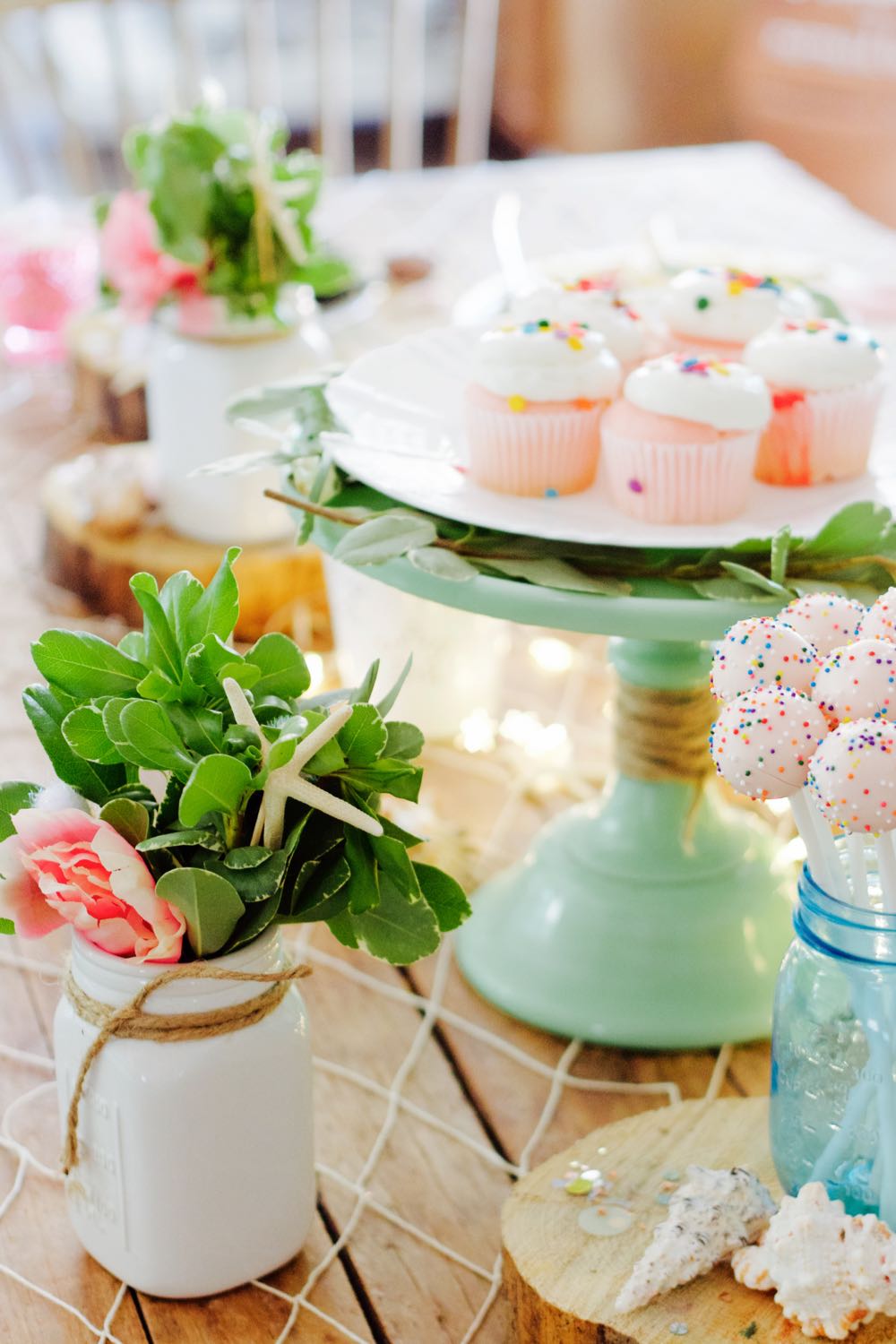 I was prepared to be all “but my baybyyyyyyy!” about Goldie’s second birthday – I’ve done this once or twice before, as you may recall – and so this time I came prepared with a mandate: I would remember to take a minute every once in awhile to stop being a hostess and just be with my kids. It’s so easy, when you’re the one throwing a party, to get caught up in cooking and serving drinks and answering the door and making sure you talk to everyone…and then boom: the whole thing is over and everyone is gone and the dishes need doing, and you realize that you just spent the past several hours running around like the proverbial chicken and completely forgot to notice what was happening.

You want the day back.

This time I decided I didn’t want to want the day back; I just wanted to have it. So instead of running around with a camera, I took a bunch of photos before most of the guests arrived, and then left my camera where others could pick it up if they wanted to. Instead of cooking, I ordered pizzas and bought supermarket cupcakes. (I am a blogger. This is like the ultimatest blogging fail ever.) And then, about an hour into the party, after everyone had arrived and been handed a drink, I started to notice that I was puttering, looking for glasses that needed to be refilled or bowls that had been emptied or guests who looked like they had no one to talk to…and I just stopped. Empty glasses could wait; swimming with my birthday girl could not.

For my entire life, the hours leading up to a party have been characterized by an extreme desire for a nap. I know you’re supposed to be all excited and wheeee friends wheeee cocktails, but for me, planning a party has always been like prepping to run a marathon: it’s cool and all, but UGH RUNNING. What I’ve realized, having these birthday parties for my kids these past few years, is that a lot of this exhaustion comes from wanting to make everything perfect for everybody; wanting everybody to leave having eaten everything they wanted to eat, having experienced everything they wanted to experience. What I left out of that equation was always me. Which is, to some extent, as it should be – I do think that when you’re hostessing, the guests come first…but “me” is now “us.” It’s about our family; about them – not about whether the basil got limp because I tossed the pasta too early (THE SHAME).

I’m starting to realize that it’s much more fun for everyone – and especially for my kids – if I can set it up…and then let it go.

Towards the end of the party, I was swimming with Goldie and a couple of neighborhood girls who were wearing those stuck-together mermaid fins that you can buy, and she became completely convinced that she was swimming with real (!) live (!) mermaids (!!!). Soon afterwards she wanted a bath, so I took a quick look around, saw that everyone seemed happy, or at least alive, and escaped to the bathroom with my newly-anointed two-year-old.

And so, while cupcakes were getting mashed into my kitchen floor by tiny feet and my fondant starfish were melting into mush, I sat on a toilet with my feet up on the side of the tub, and I got to see my baby girl flip her feet around in the air and say, “Look, mama! I’m a pink mermaid.”

The Decor: My friend Elise – who runs my favorite children’s boutique and does party planning around the Bay Area – and I decided that we’d work together on (and share the cost of) the decorations, and then use them for both our daughters’ (separate) birthday parties. We cobbled together the party decor using a mix of things we already owned and a few items bought off of Amazon – and the total cost of the setup (including entertainment, but minus food and drinks) was around $100.

Here’s what we did: 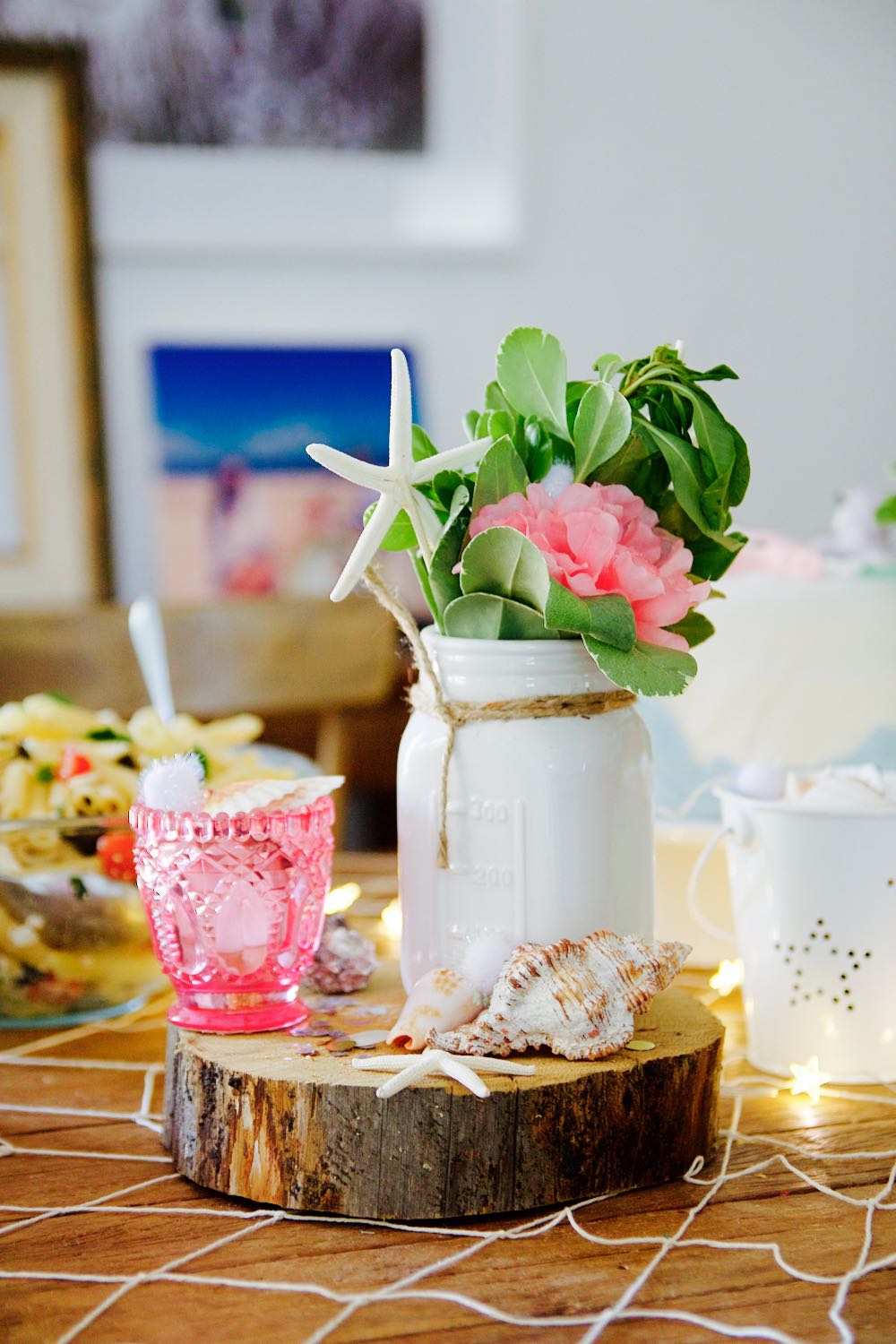 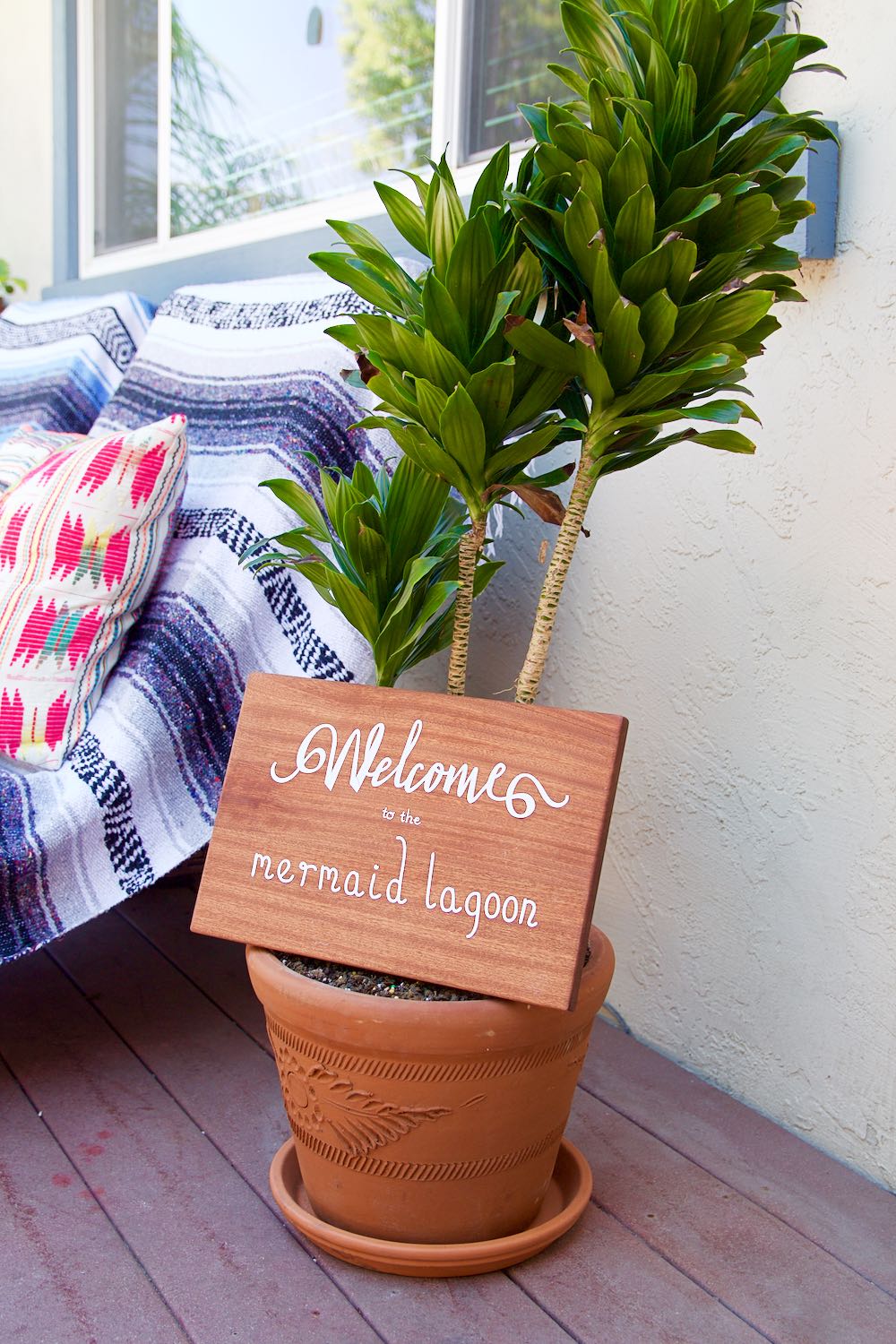 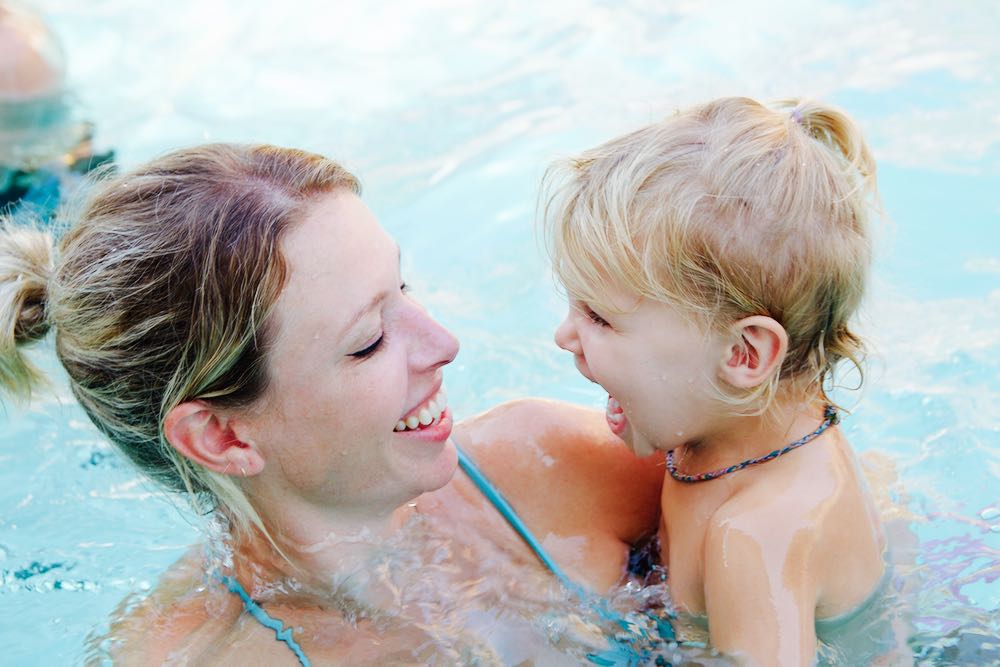 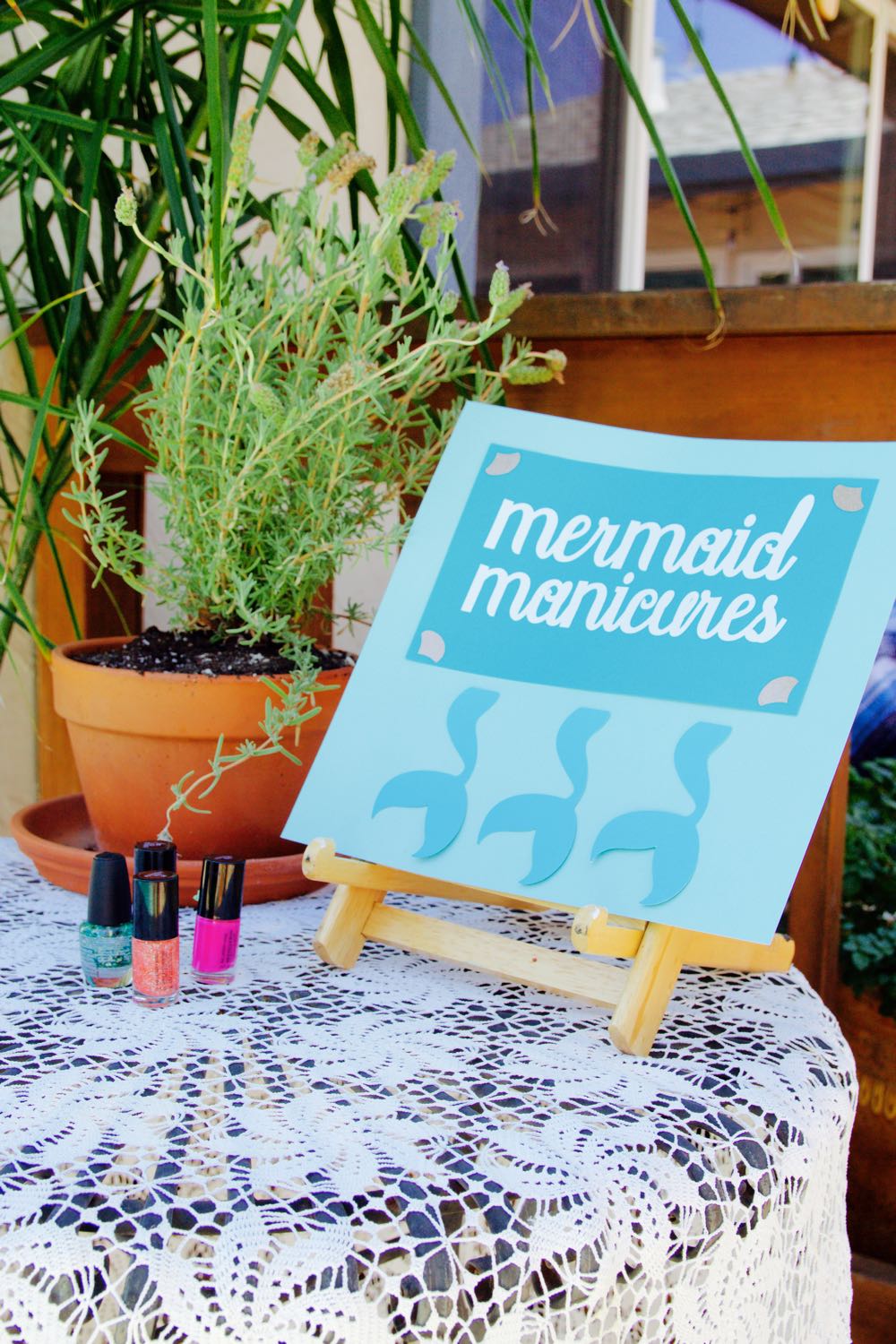 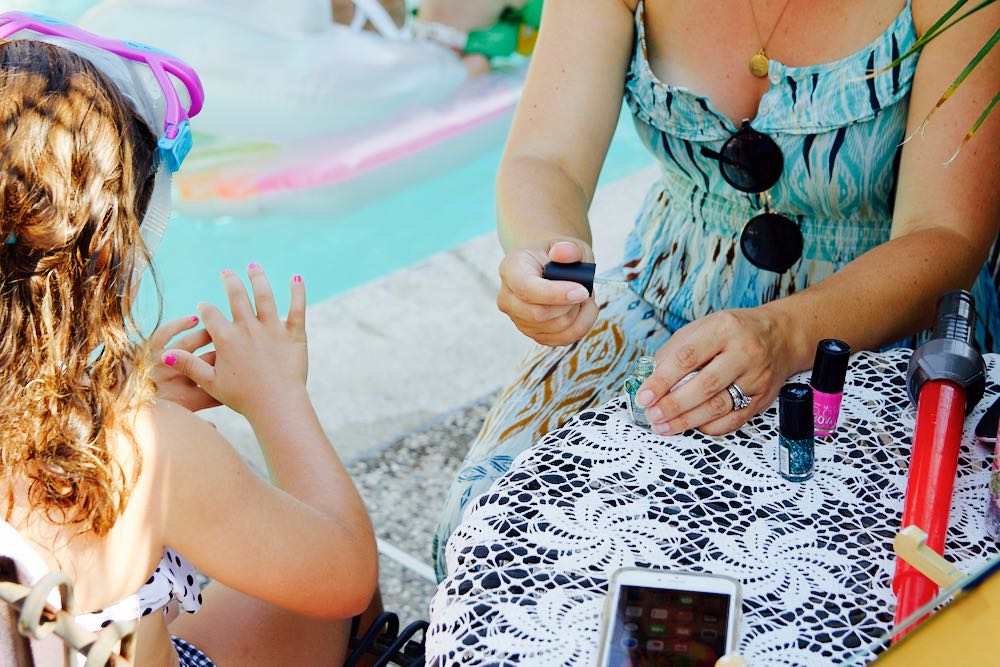 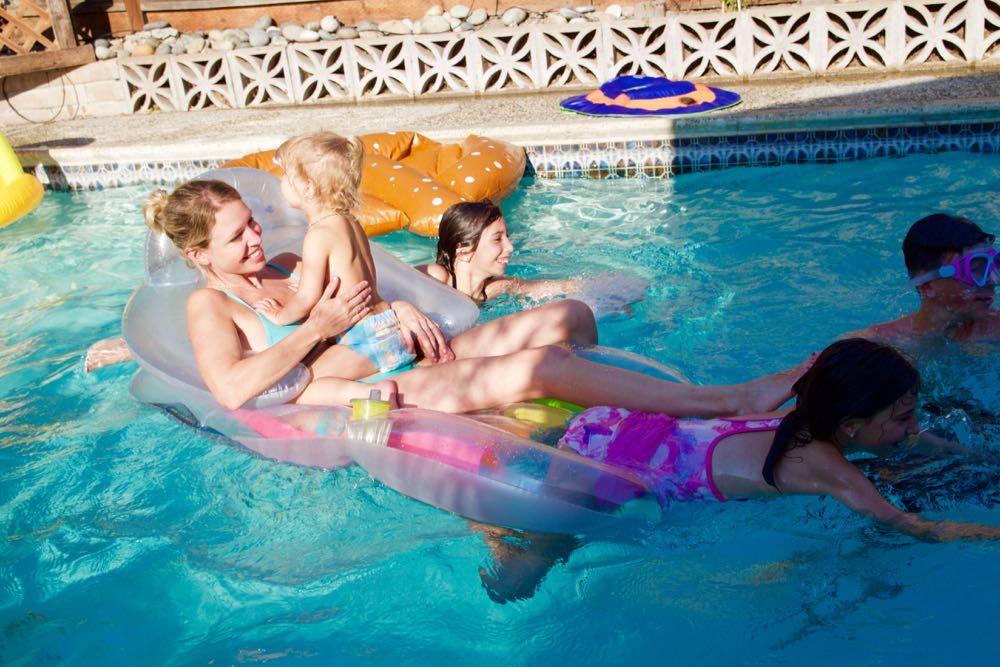 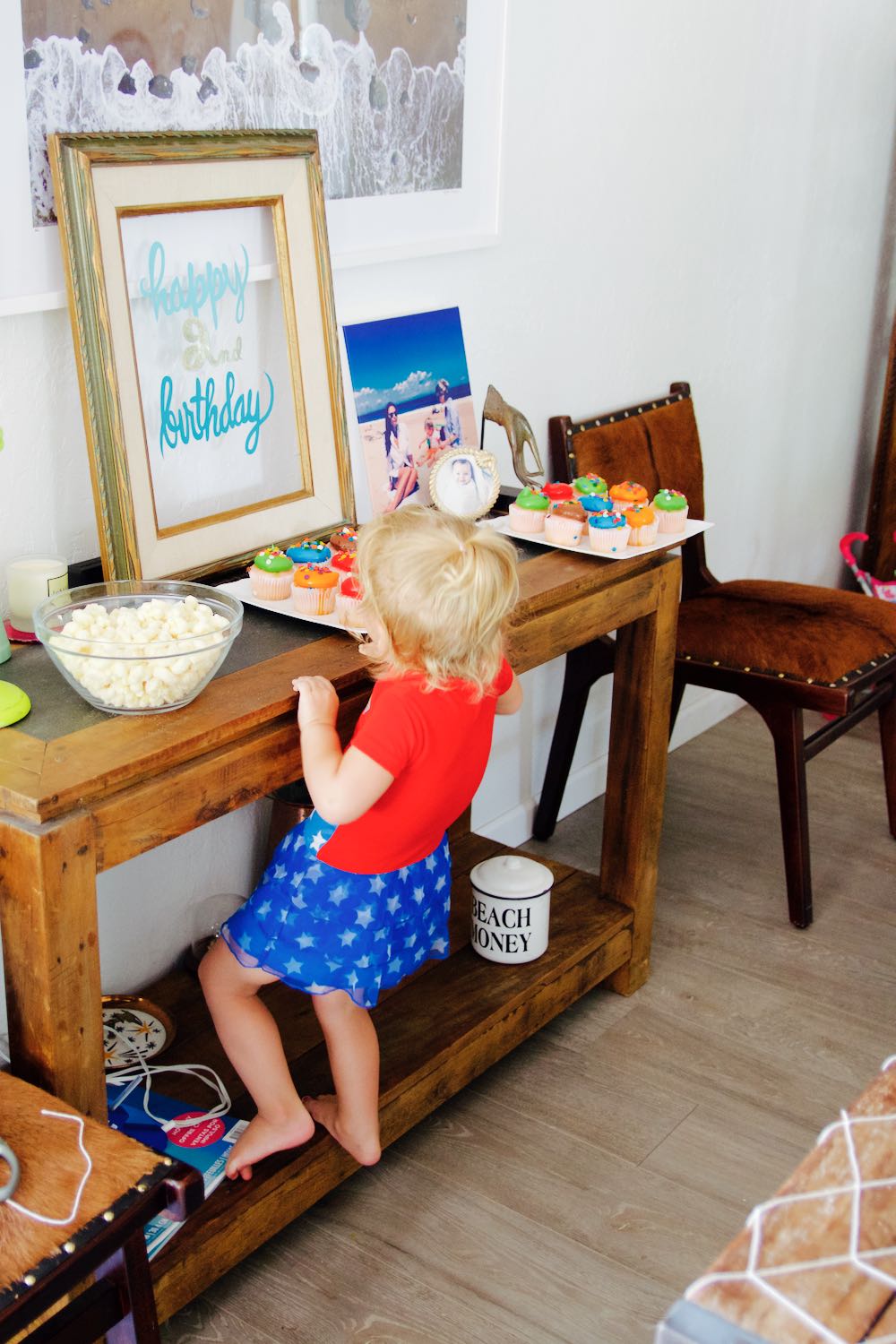 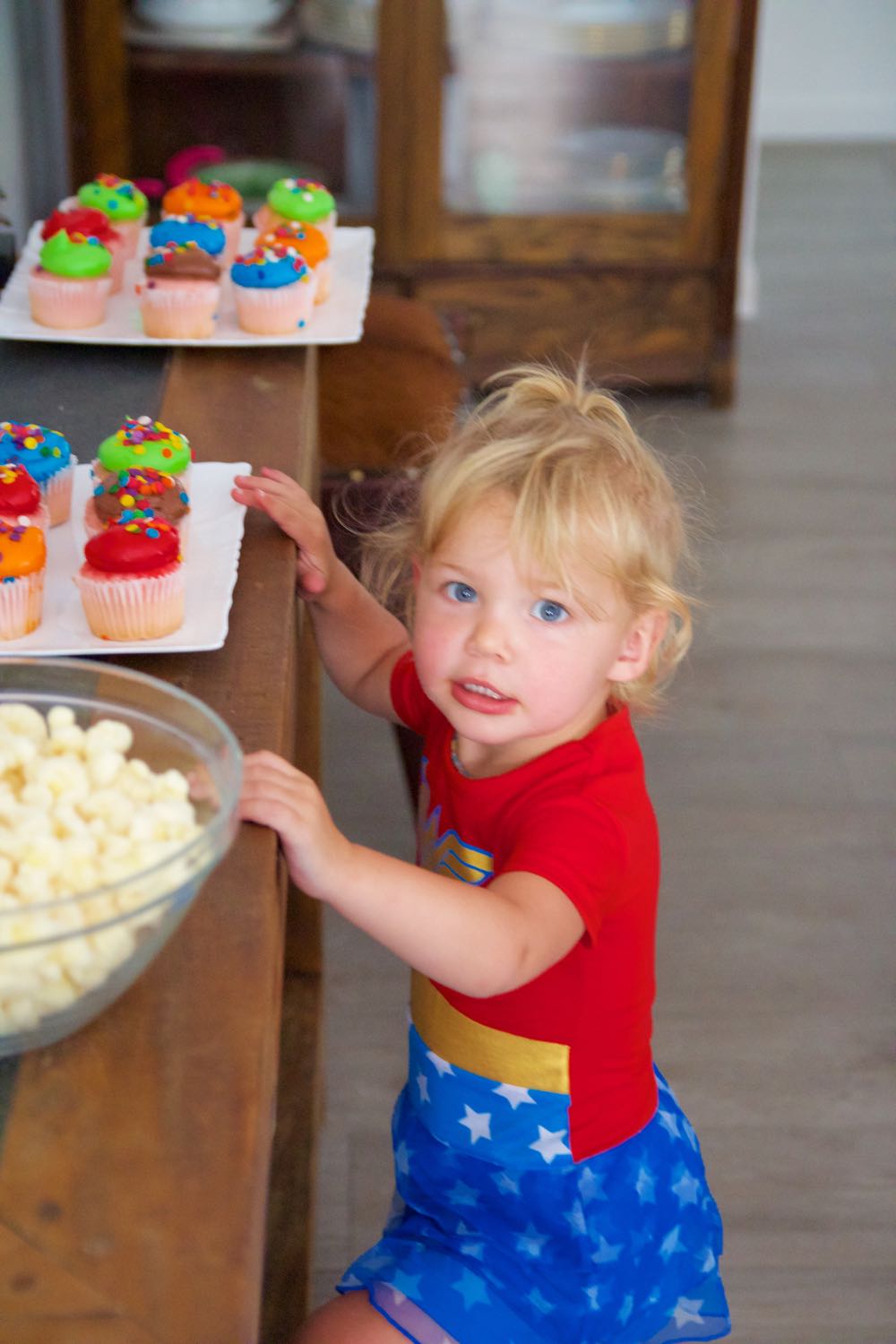 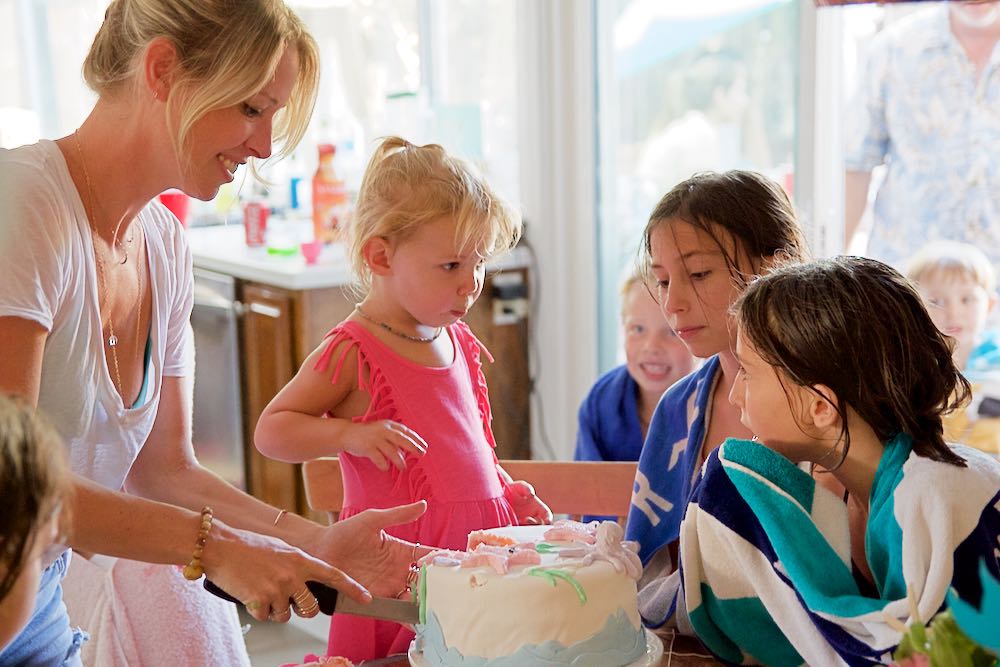 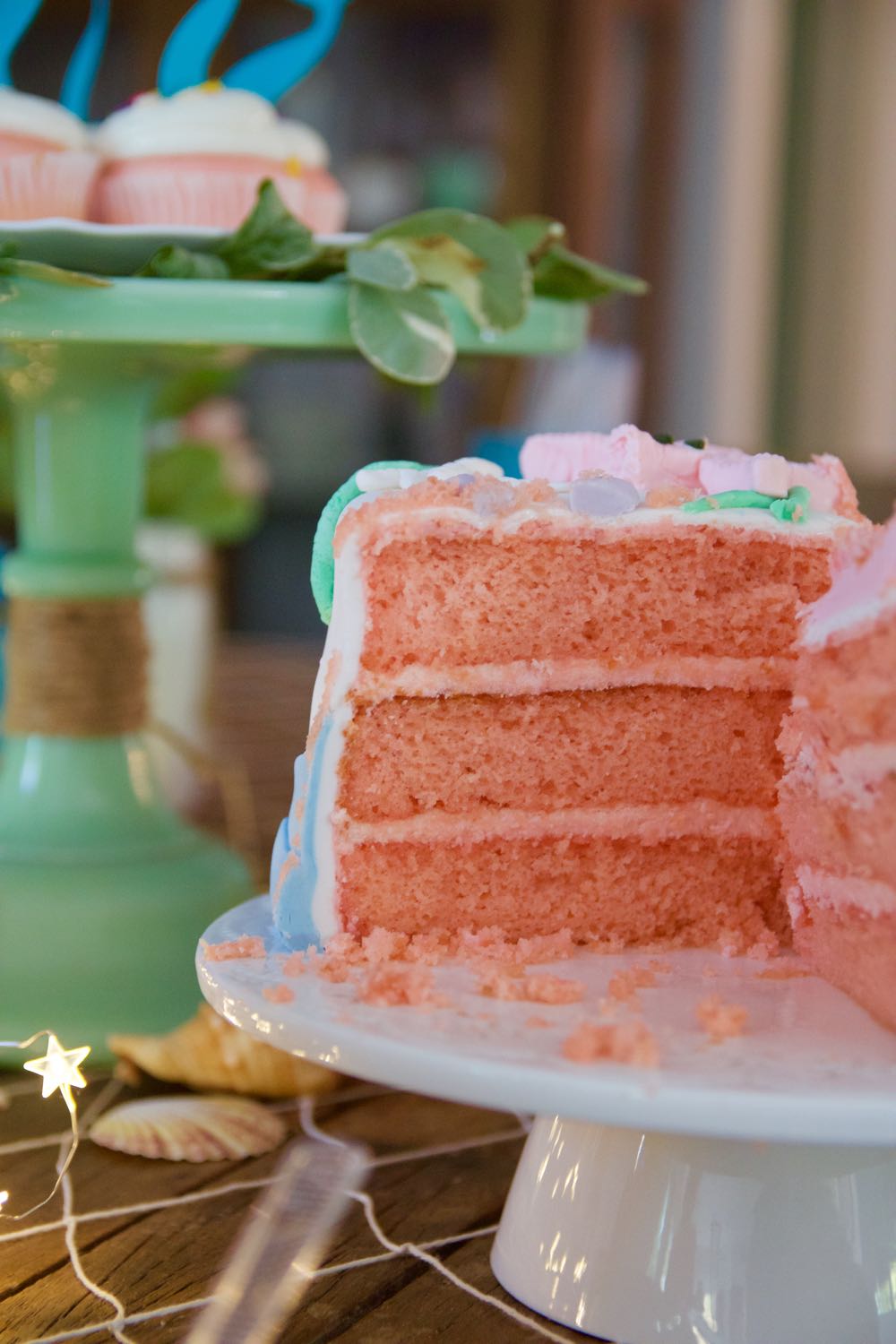 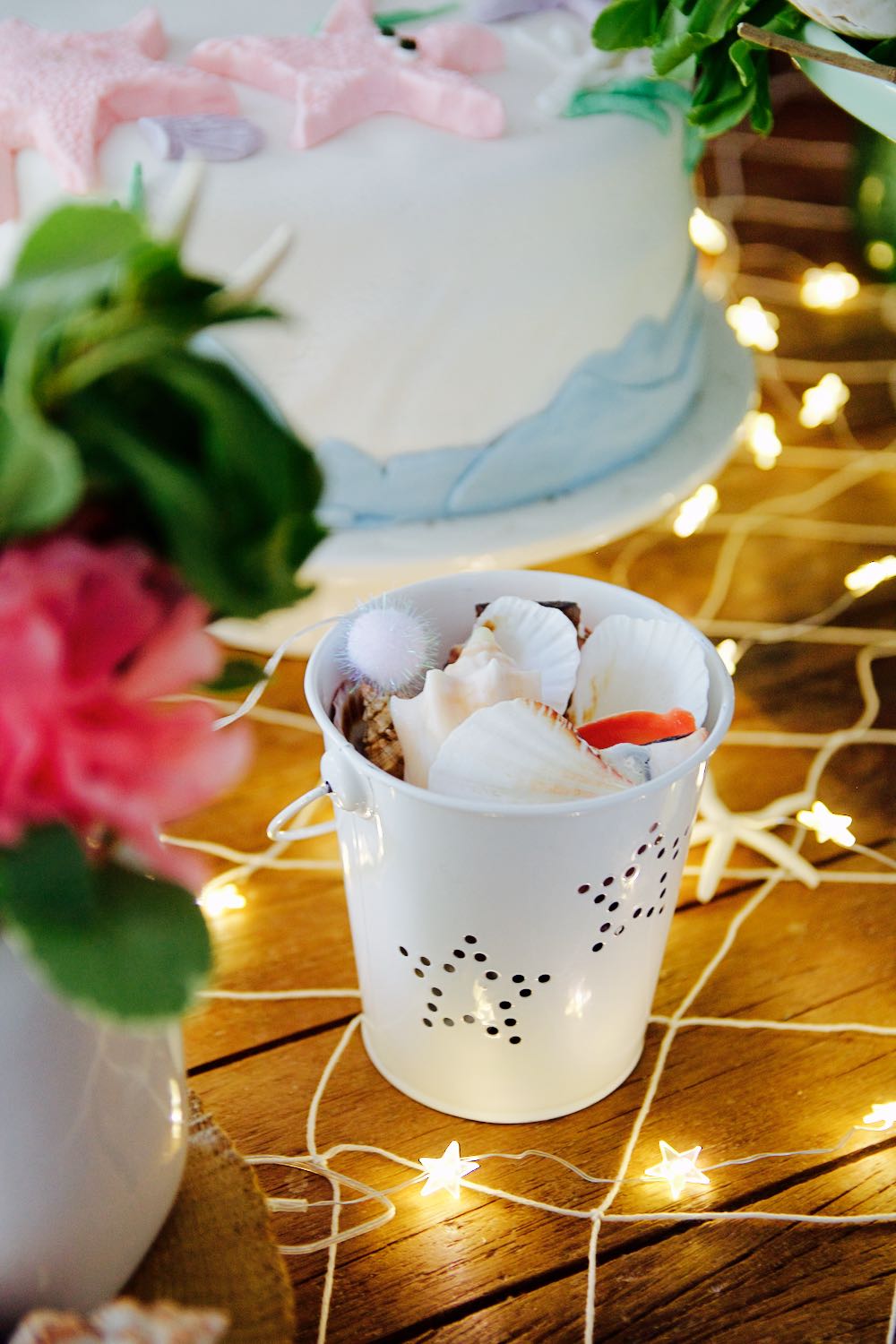 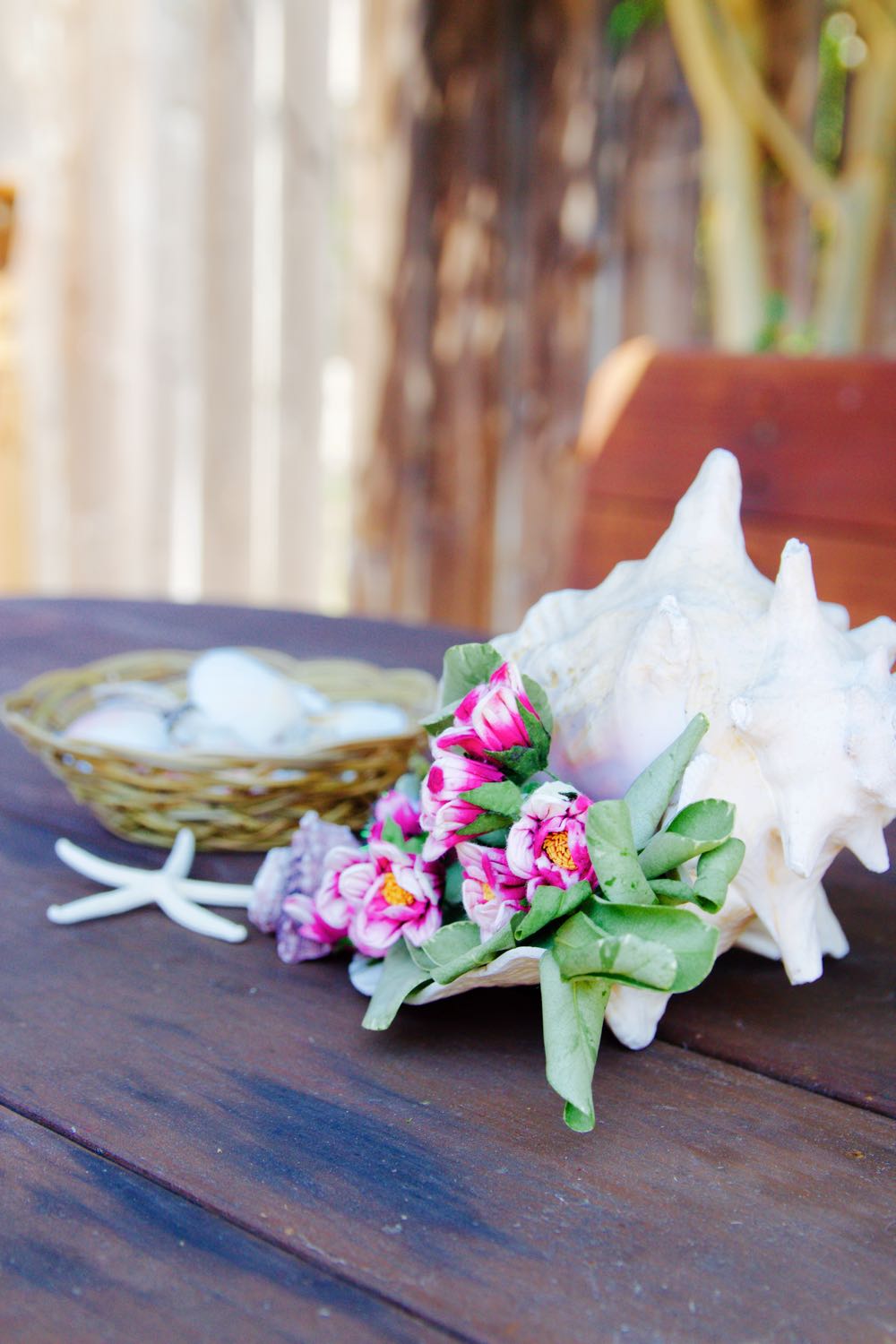 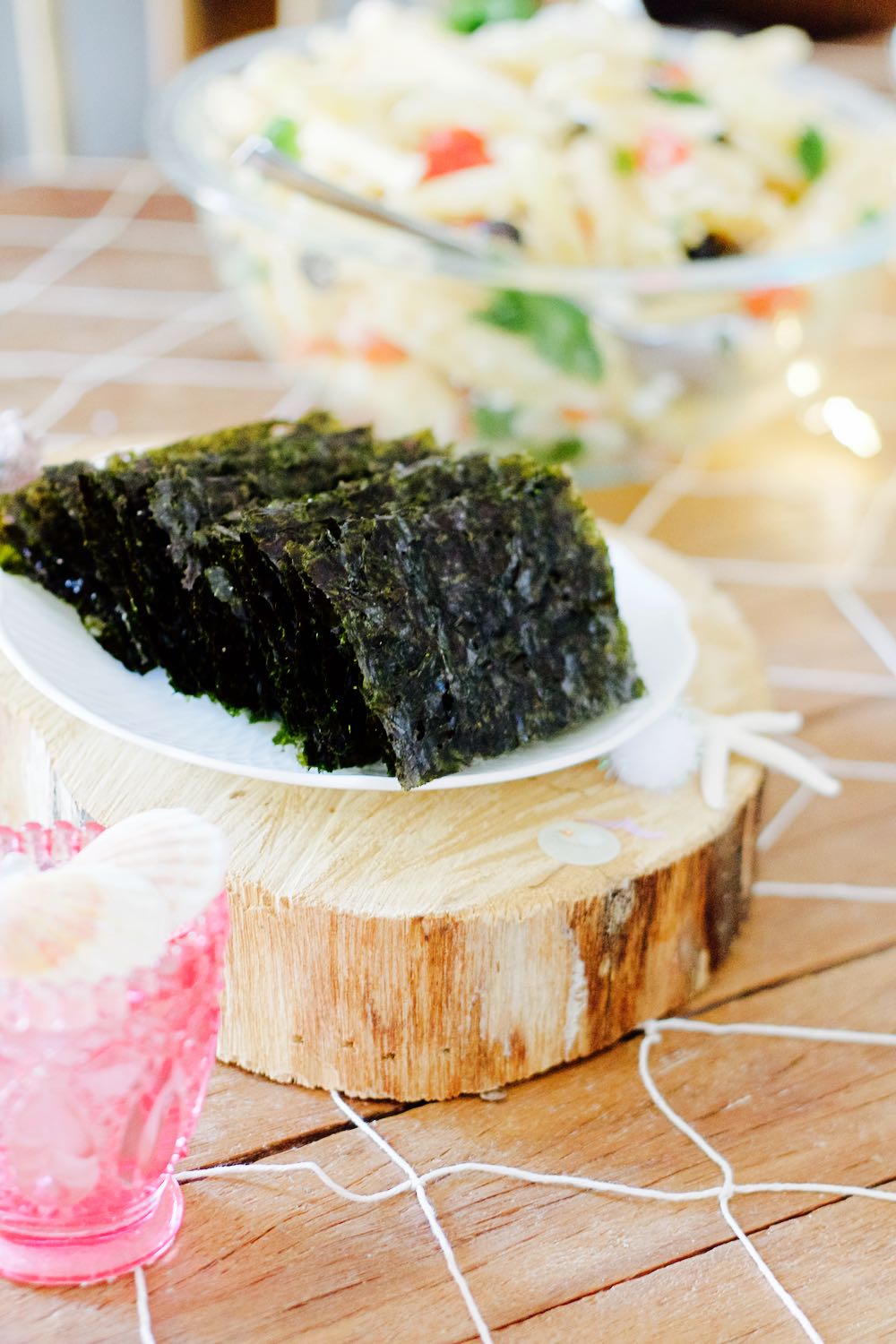 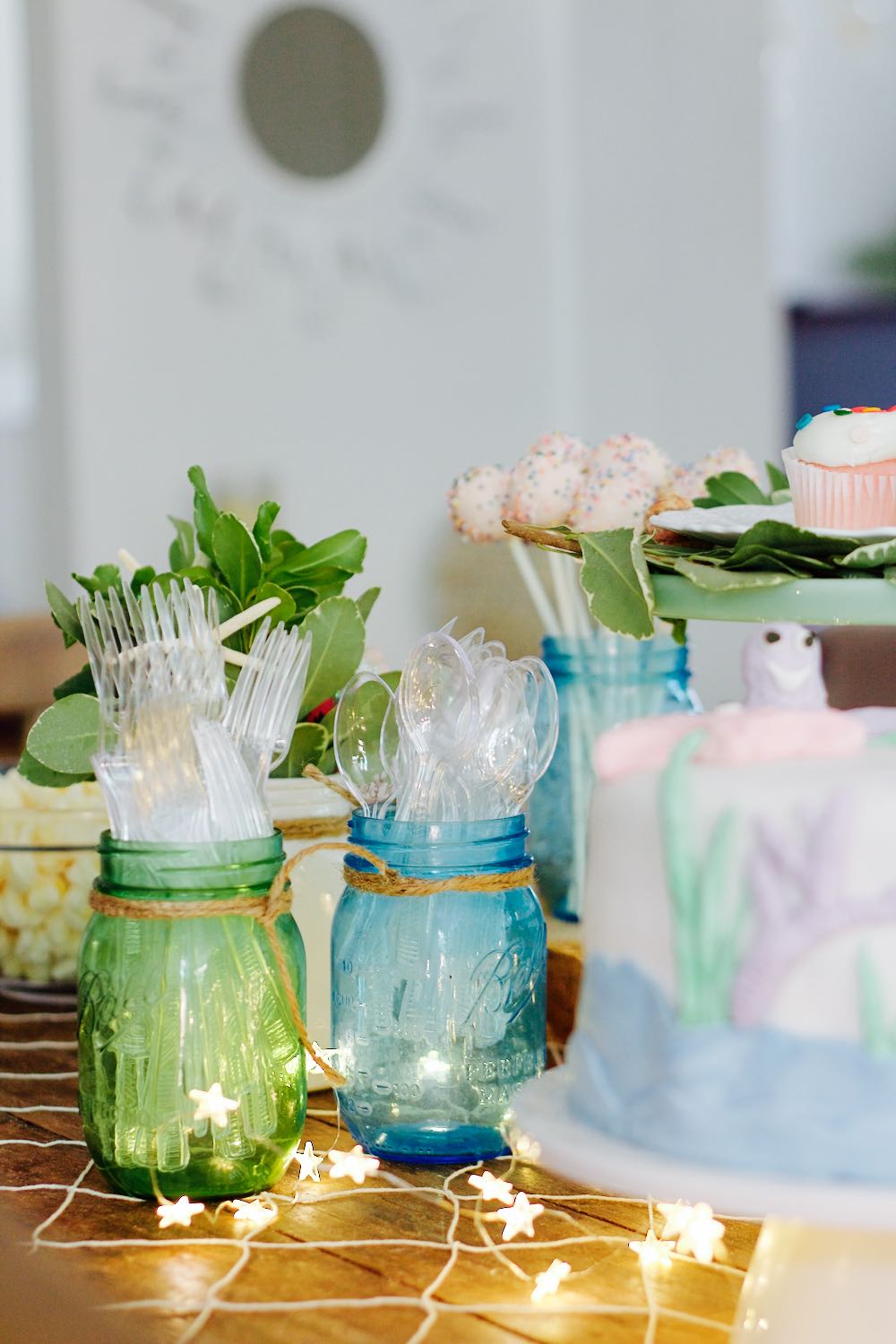 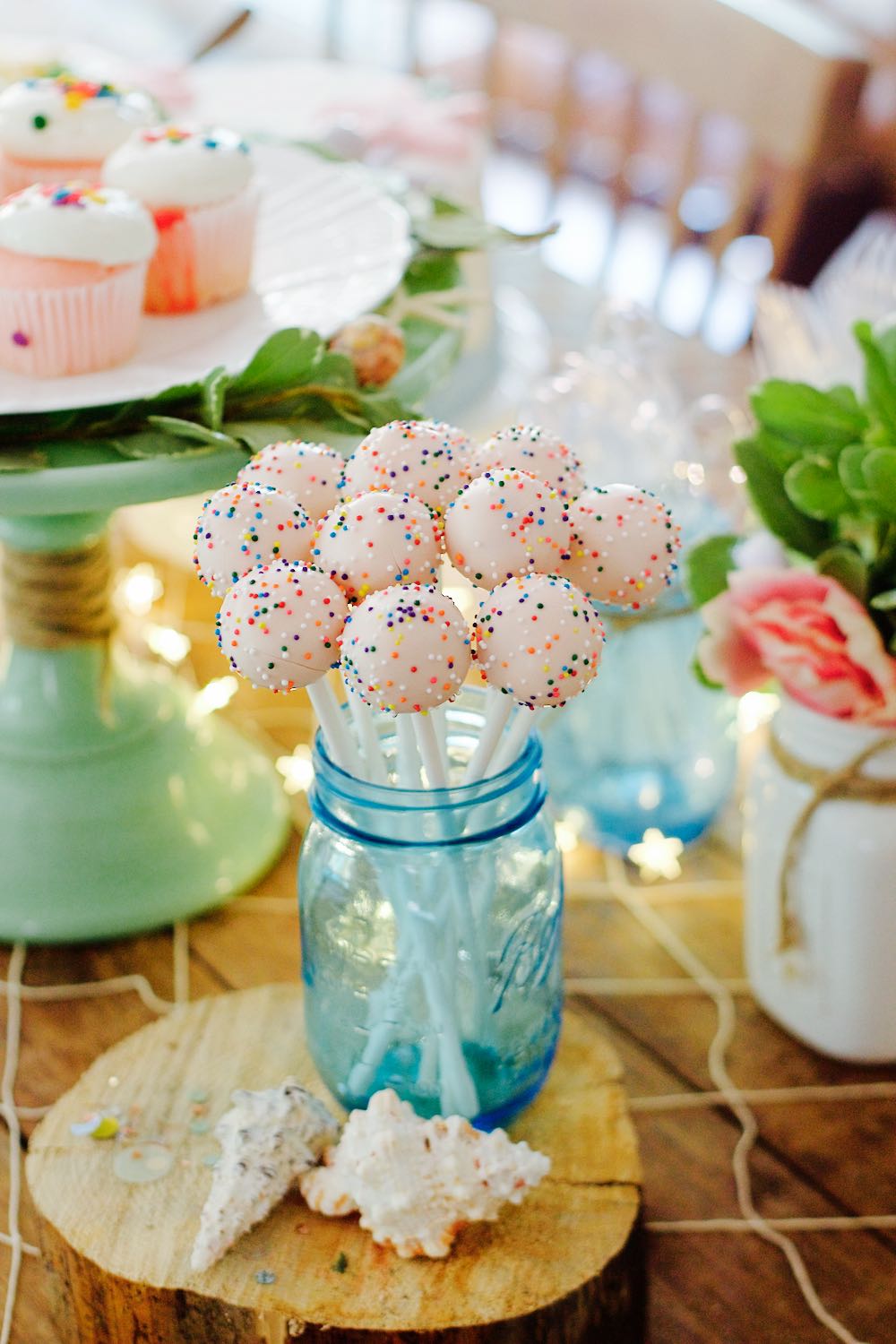 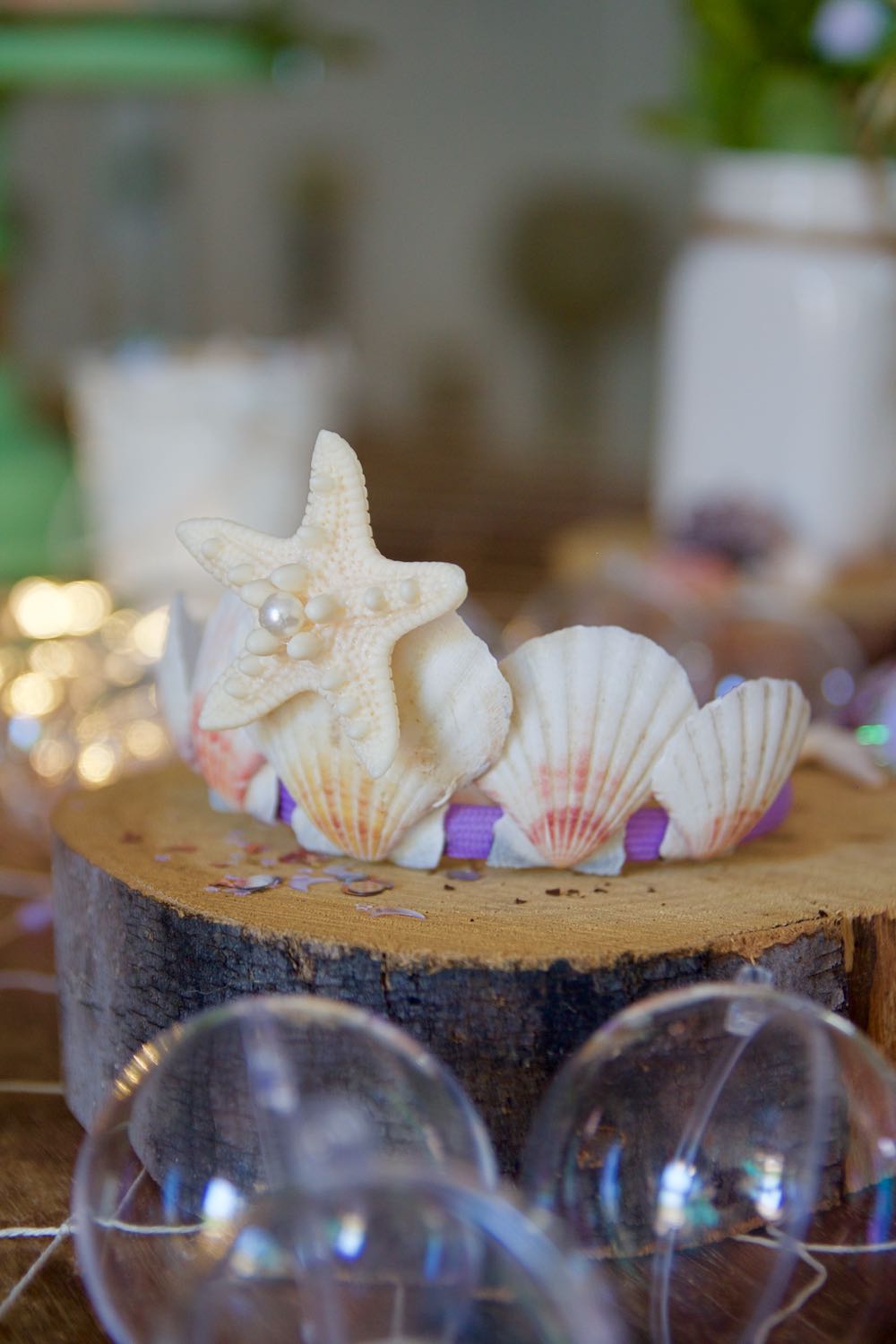 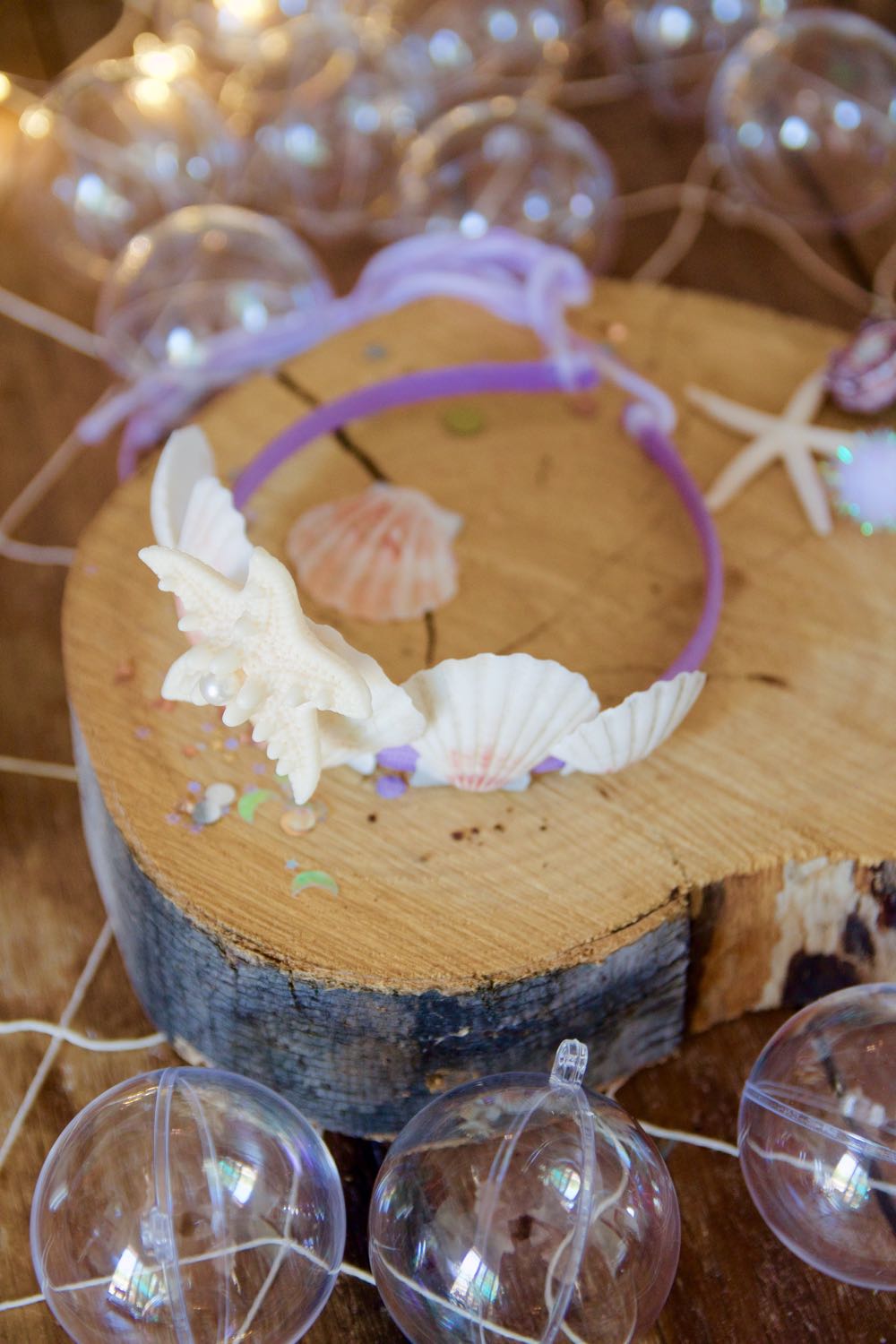 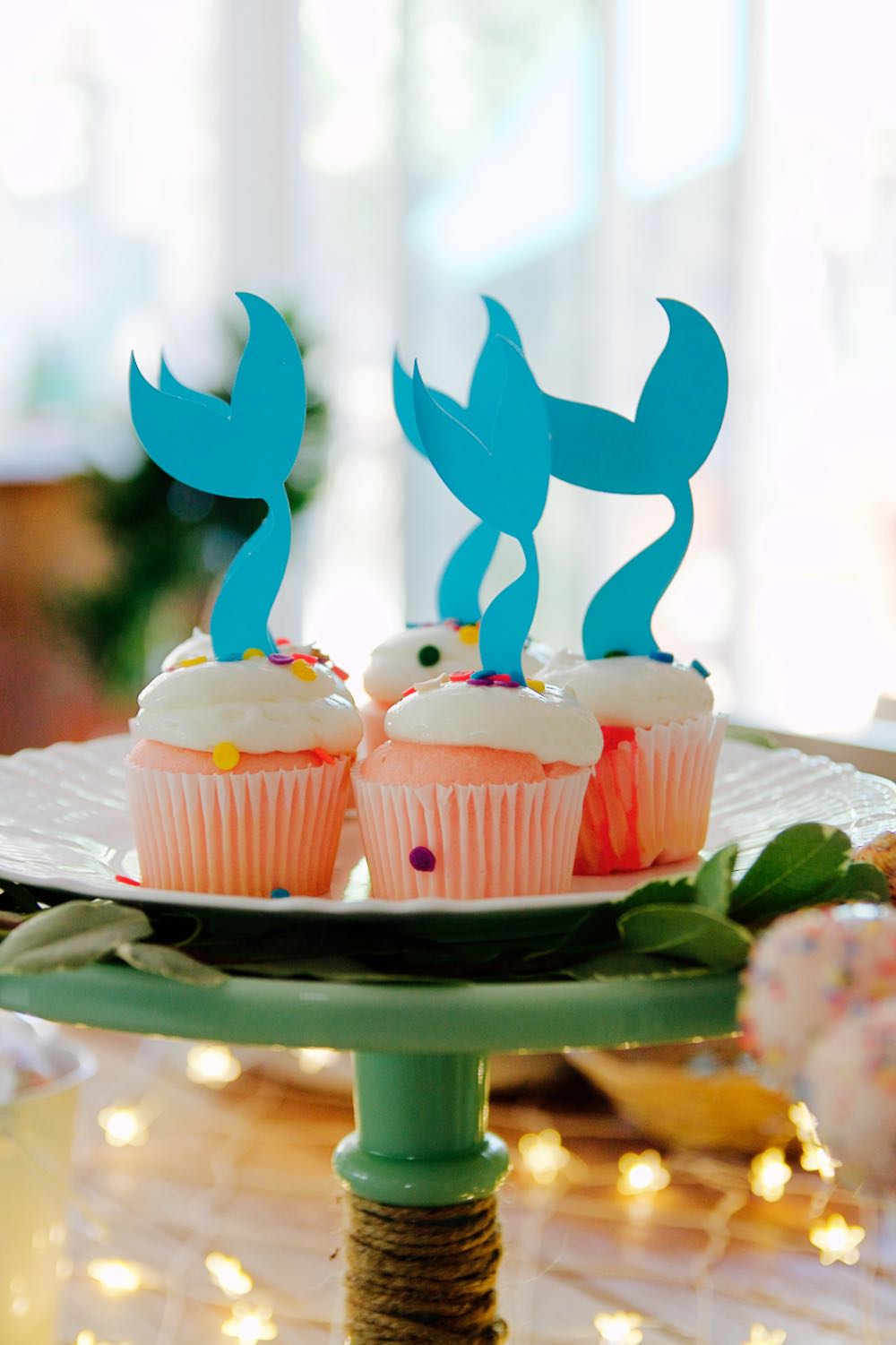 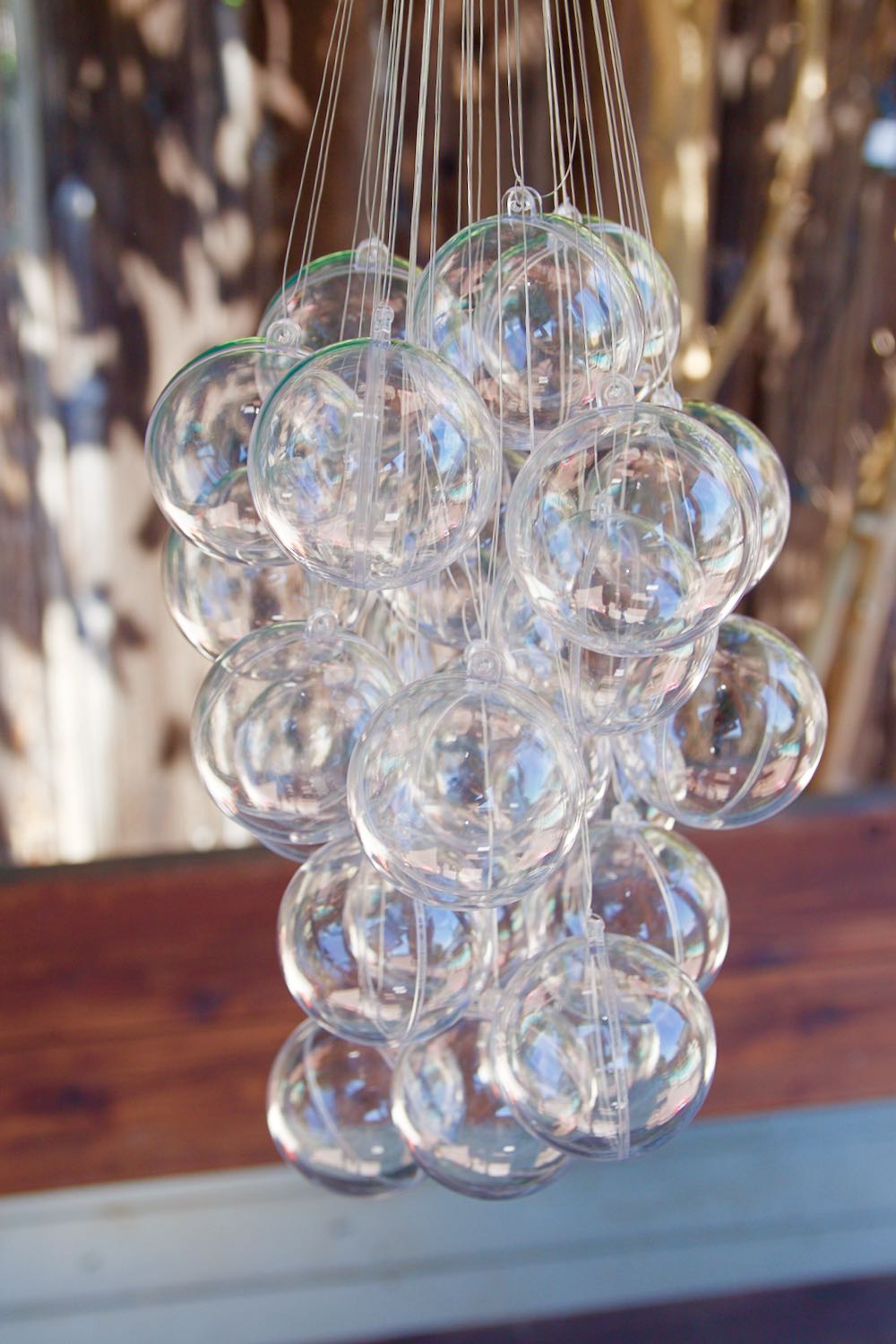 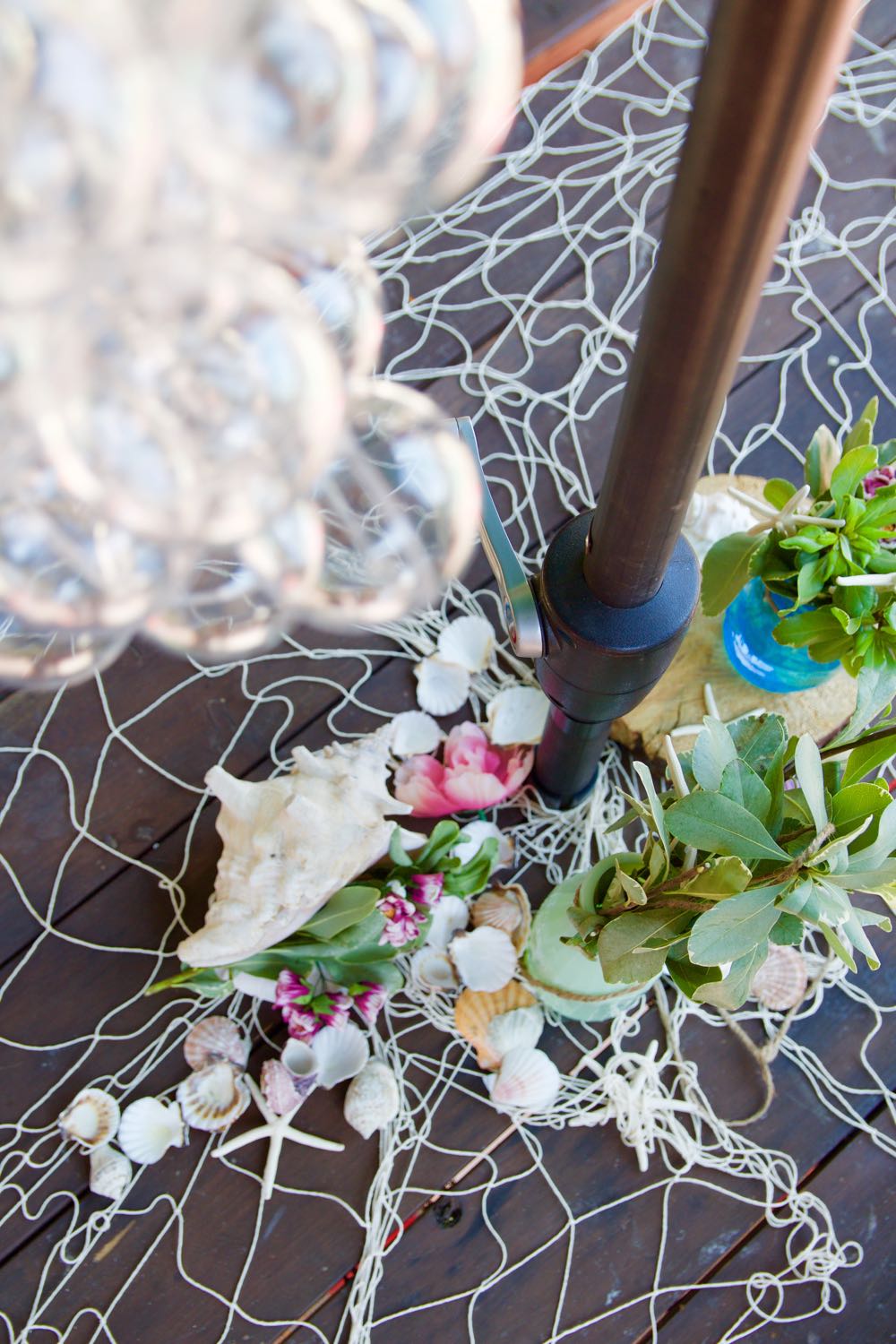 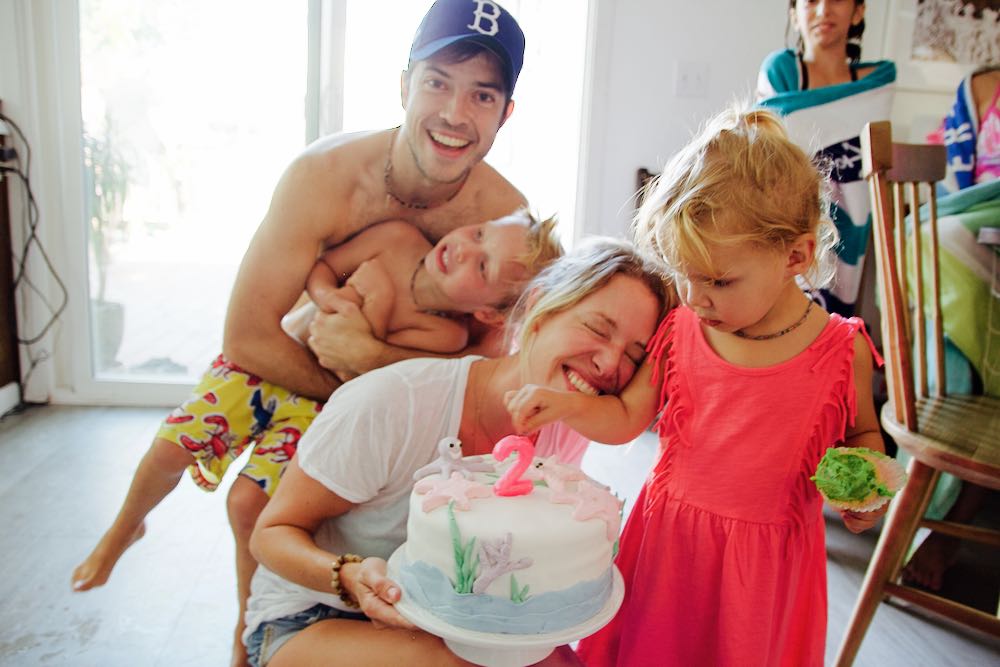