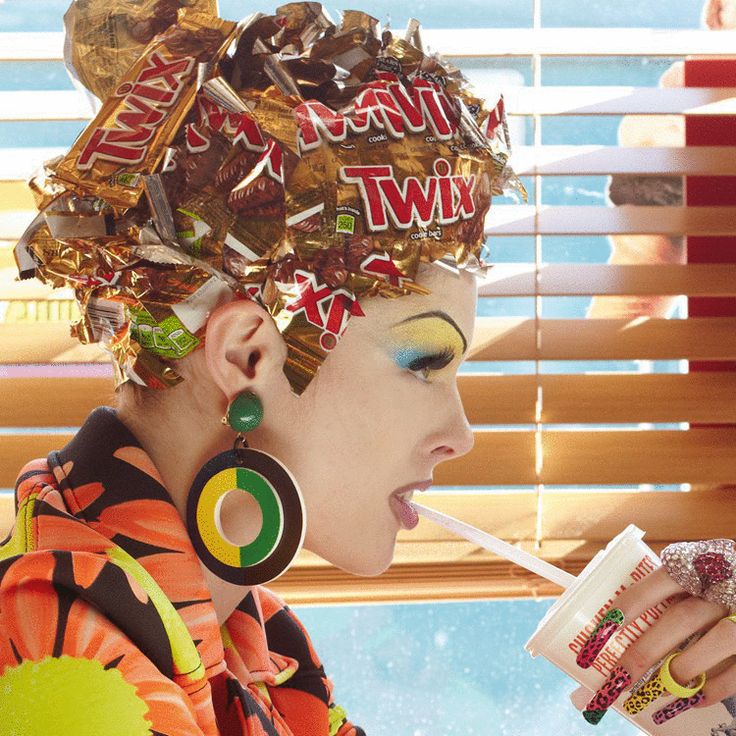 Oh so that’s where my Twix bars went.

It was the snowboarding glove that made me realize just how far I’ve come from this glorious day; the day when I got rid of a studio apartment’s worth of possessions. I have not seen that glove’s partner in a good five years, and yet – despite the fact that we have moved three times since I last laid eyes on it – I am absolutely positive it will turn up someday. It has been sitting either on or under that bench (which is located in my bedroom, in my direct line of vision) for six months, at least. It is dusty. I don’t have any idea how or why it came to live on my bench, or why, but it has at this point become a part of my daily landscape; I regard it fondly, like a slobby little friend who I know I can call on in a pinch for all of my snowboarding-glove needs.

I have used it once, actually: as a makeshift gardening glove to help my neighbor weed her garden. After I was done I gave it a shake to get off the dirt, and plopped it right back down on the bench in my bedroom. Where it belongs. 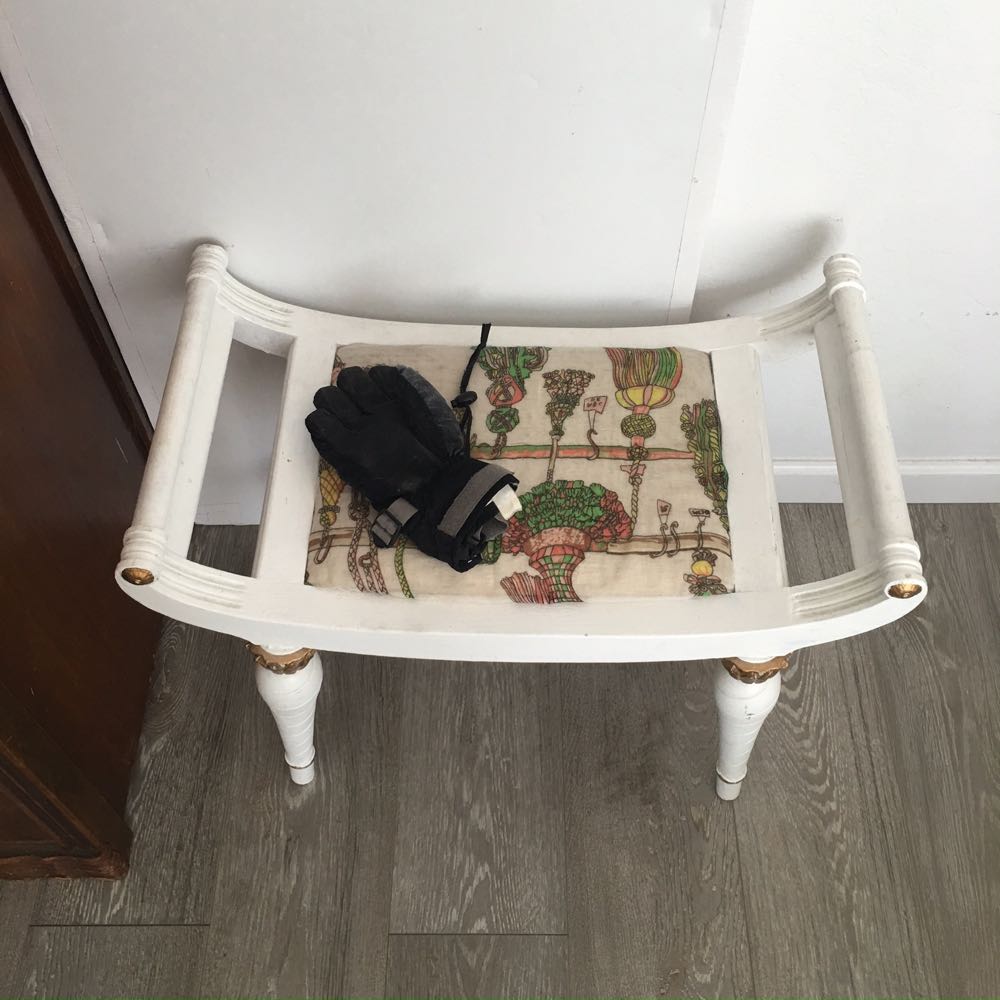 My snowboarding glove, in its customary spot.

Am I right in thinking that everyone has those things laying around their house – those items or projects or disarrayed little spots that you pledge to deal with every single time you see them (which is daily), except then you don’t, and end up making this pledge every single day for months and months? And then you write blog posts about these things, thereby devoting to them approximately 8,000 times the mental space that would be required to just…deal with them?

I am pretty neat – clutter makes me crazy, and I’m an obsessive picker-upper and putter-awayer – and I’m good at ticking things off to-do lists, but there are some to-dos that I cannot get done to save my life. Ever. There is, for example, a Tupperware sitting on my back patio filled with a sort of brownish sludge; a potion concocted by my son. He does not remember that it is there. I could really use another Tupperware. And yet there it sits, day after day, mocking me with its brown sludginess, whispering, I could be holding pints of delicious pasta salad instead of sitting here on your patio like a creepy swamp habitat. 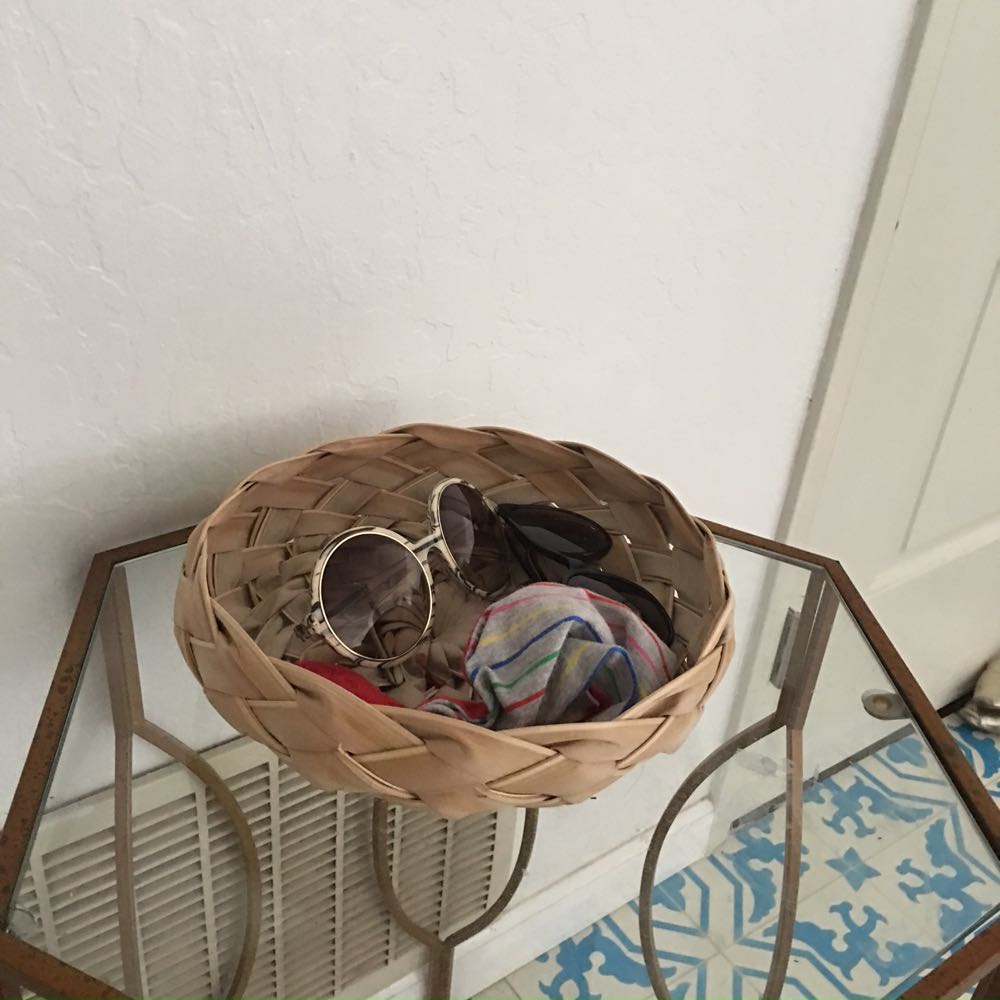 Here is another one of my secret cannot-deals. See that little rainbow-striped grey thing? That is a neckerchief that belonged to my son when he was an infant, and that I thought made him look dashingly adorable. I kept it because I wanted to give it to my daughter, but my daughter refused to wear it. And now it is too small for both of them. It is neither expensive nor a family relic of any sort. I have mini-nostalgia when I remember buttoning it onto my son, but nothing strong enough to give the neckerchief a spot in my Special Box Of Baby Things To Keep Forever. Clearly the best place for it is in the bowl right next to my front door where I keep my housekeys and sunglasses. 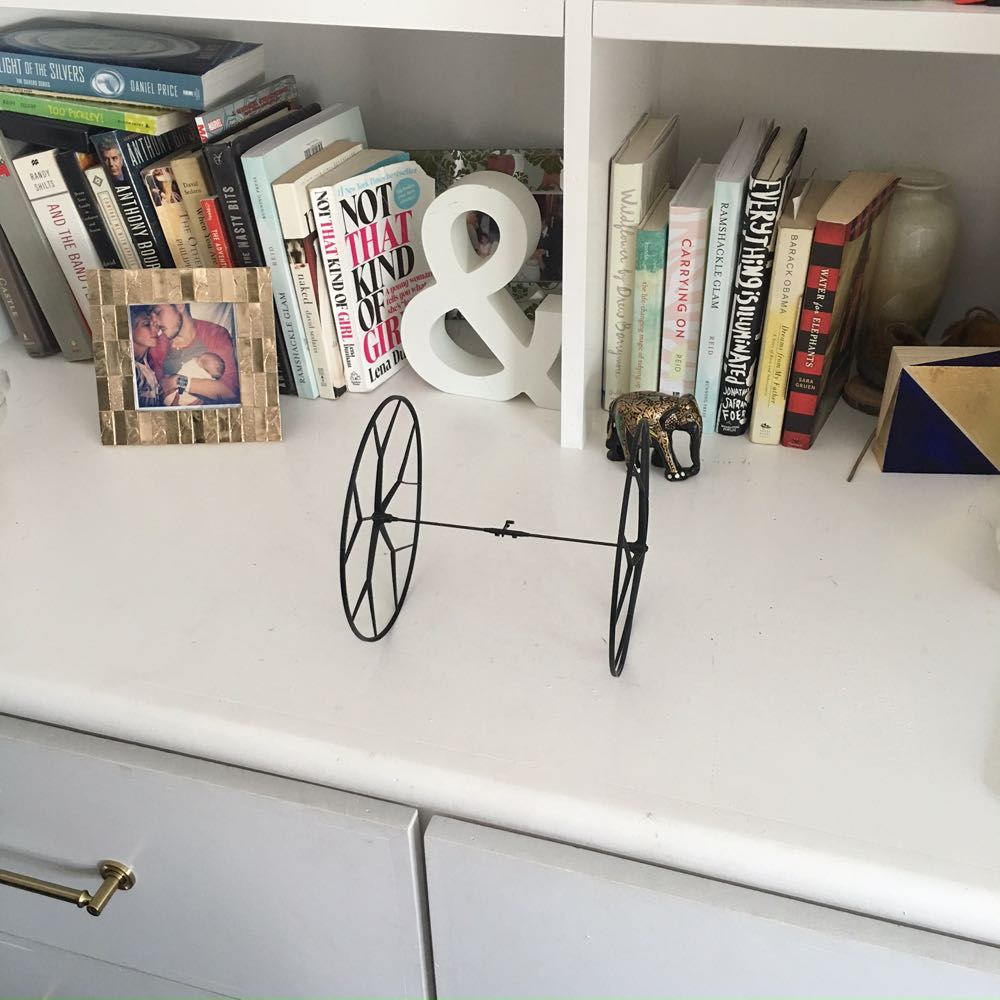 Here is a wheel-thing for some kind of flying-type toy. I have not seen whatever other part attaches to this to make it a thing that does anything at all since Christmas. Its home is smack in the center of the countertop in my office. 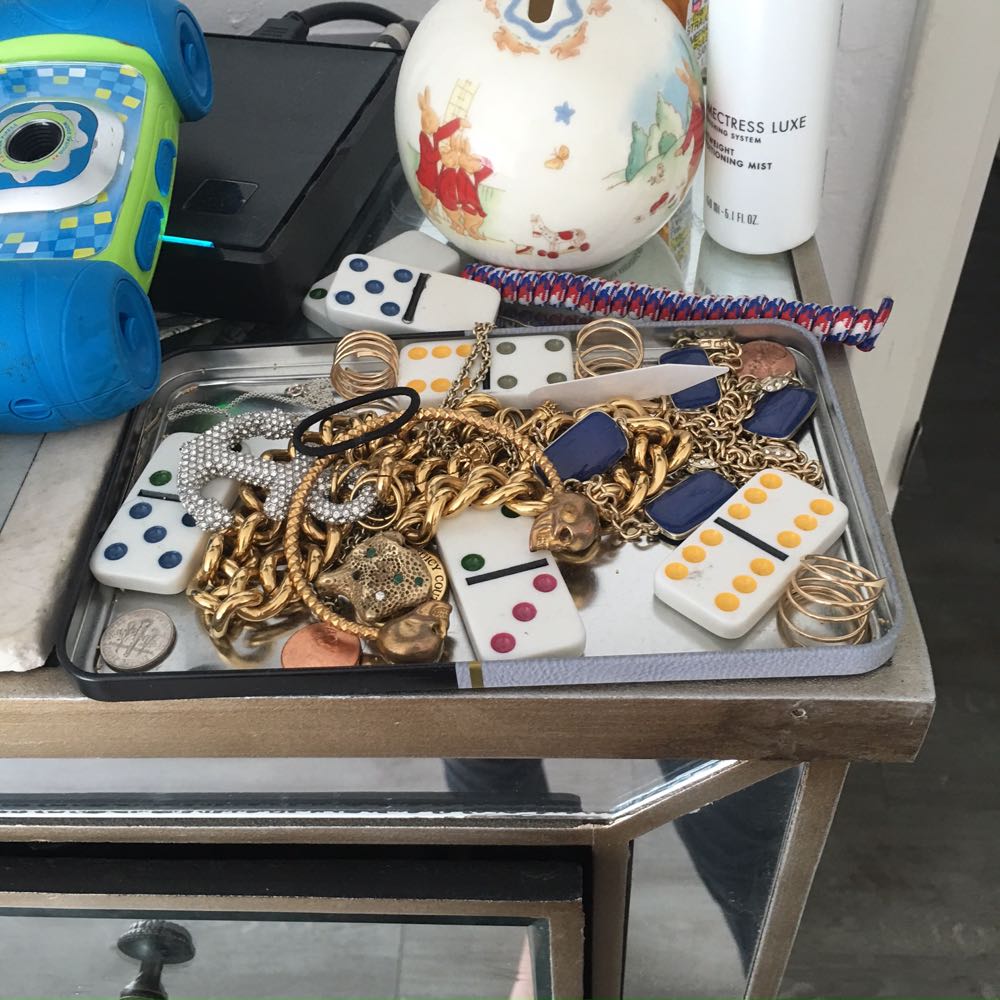 And, finally: this. What is this? This would be the lower half of a dominoes container, most of the dominoes having been lost to the winds or to my daughter’s habit of putting things in the garbage that should not go in the garbage, like my jewelry. It is located at shoulder-level right next to my bedroom door, in a highly convenient spot for storing things that I need more than spare dominoes. In this container, along with the six remaining dominoes, are two necklaces that I don’t wear, one necklace that I do, and three coins.

Everyone – even those who have tidied their homes magically in the past – has their things that they cannot let go of, even on pain of death. Mine apparently include infant-size neckerchiefs, partially-formed toys with obscure purposes, and sludgy Tupperwares.

P.S. I love that I just spent the better part of a day writing and re-reading and editing this post, and that fucking snowboarding glove is still sitting on my bench. I think I will name it Owen.