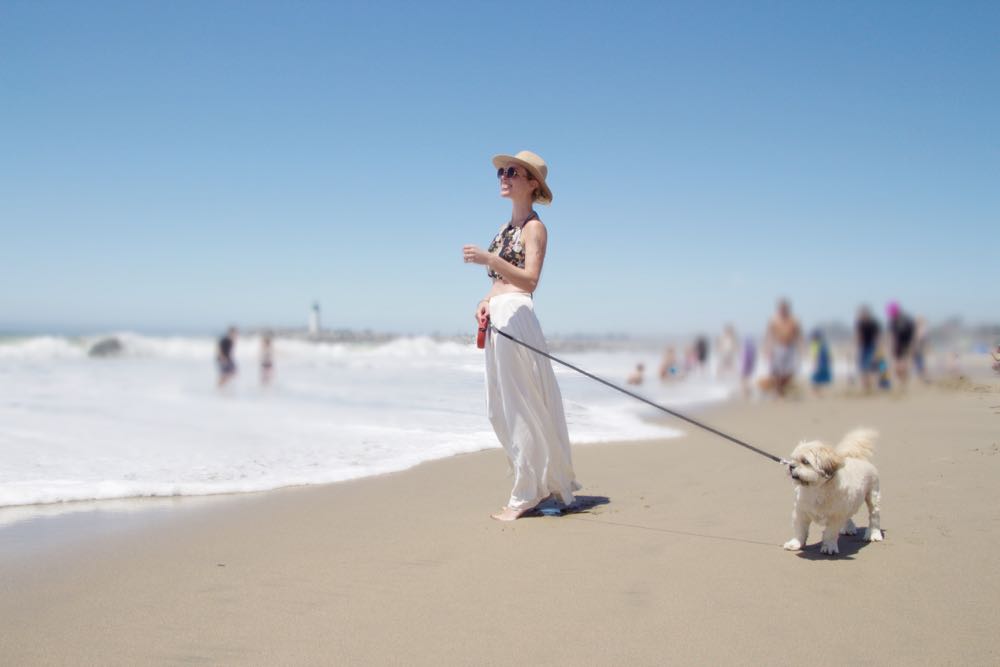 I am a terrible, horrible dog owner these days. Or it might be more accurate to say “these years.” If you’re a dog parent who turned into a parent-parent (like of human beings) you might be able to relate: for years they were the center of your universe. You made them special meals, carried them with you everywhere, went on special trips just for them…and now you’re already half an hour late for your appointment, and the baby is crying and just threw up on her dress so now you have to find another item of clothing in the house that you can at least pretend is clean, and your arm is falling off from lugging a diaper bag filled with cement bricks, and WHERE IS THE DAMN DOG FOOD.

Let’s just say tuna cubes are a thing of the past.

Our dogs are happy. They’re pretty psyched to live in California, where they get to lay in a sunny spot on the patio all day long, and where there is a big hill for them to run up and down (or, in Lucy’s case, look at) about fifty feet away. Indy has developed a total obsession with Lucy and now carries her everywhere he goes, whispering in her ear “it’s okay good girl” and instructing myself and Kendrick on how to pet her more gently. Virgil is like the dog in that short movie Feast, who’s all bummed out about the fact that his owner’s girlfriend feeds him brussels sprouts and such…and then has his life literally made once a baby (and the associated food-spillage) arrives on the scene.

That said, we don’t really bring them anywhere anymore. It’s just too hard, with the bags and strollers and people we’re already responsible for; we’ll think of bringing them somewhere with us, and then think about how stressful that sounds, and pat them on the head and say we’ll be back soon. And given that they used to come everywhere with us, this makes me feel like a terrible, horrible dog owner every time I do it.

Yesterday morning, as we were packing up for a trip to Santa Cruz, I thought about the beach we were headed to, and how I always see dogs there. And then I realized something: Virgil has never seen the ocean. Dogs love oceans! …Right? So Kendrick and I started reminiscing about this crazy-adorable video from way back in his puppy days, and we figured: oh, what the hell, let’s do it. Our friends were bringing a tent, so they’d be able to park themselves in the shade if they needed to, and then Virgil gets to bound joyfully through the waves! 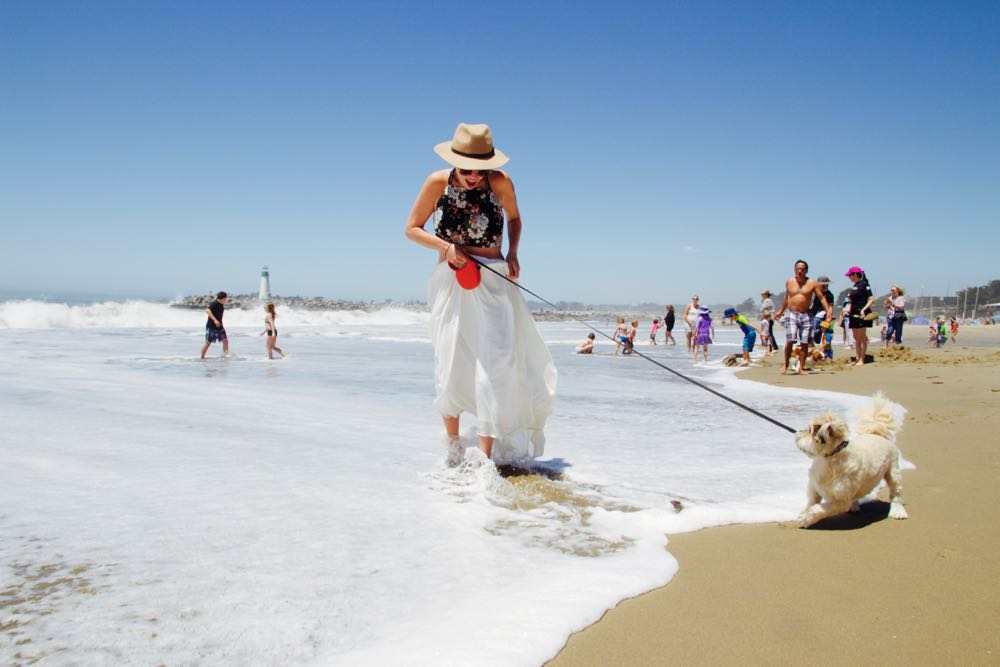 Like, WHAT THE F MOM WHY ARE YOU TRYING TO LURE ME INTO THIS PIT OF WHAT IS CLEARLY ACID?

Experiment having been completed, Virgil went back and plopped down in the shade next to Lucy (who was obviously fast asleep), and stayed there for the next two hours. Snuggled up side by side, the dogs watched us make sandcastles. They ate little pieces of marinated chicken and pineapple, and got petted by our kids and our friends’ kids and every other kid who passed by, it seemed. They were not raucously, wildly excited about their beach adventure. But they were happy. I could tell.

It feels like it’s a good time to wake up from the insanity of infancy, realize that our kids are becoming more independent and less all-consuming every day…and start letting the OG babies in on a little fun, too.

P.S. On a totally unrelated note, this is the skirt that I wrote about before: the one that I never wore because I was afraid of wrecking it, and then realized I don’t especially want to own things that are too precious to actually wear. Wreck the Dress it is. 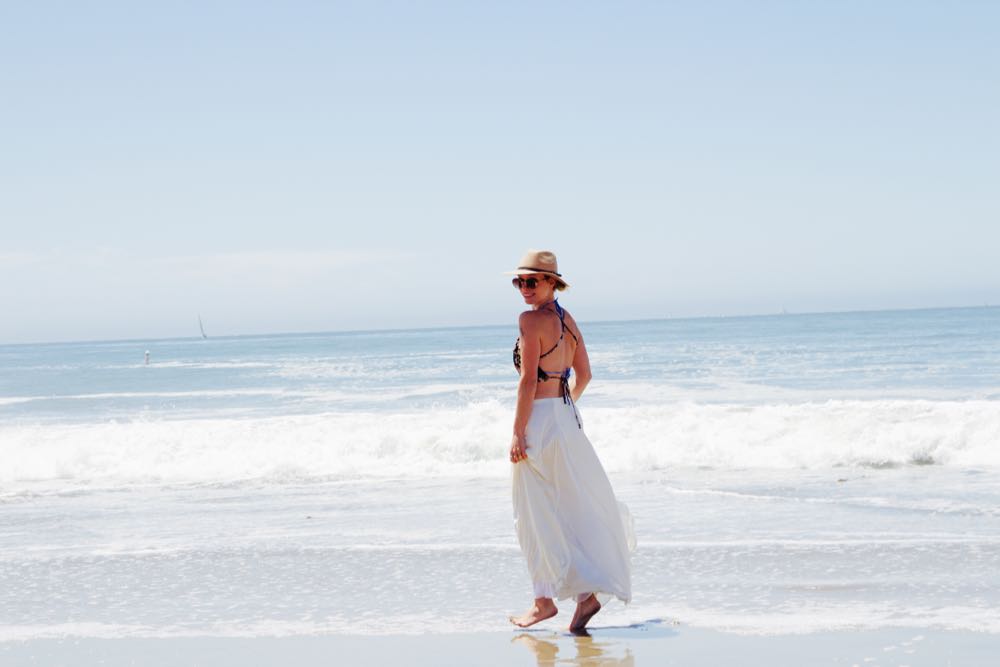 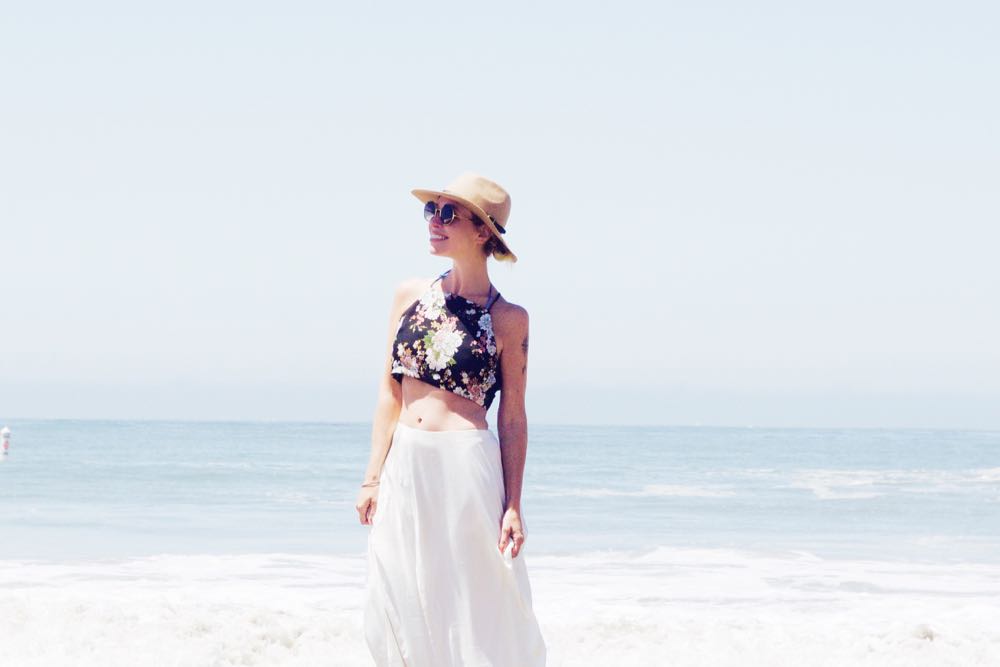 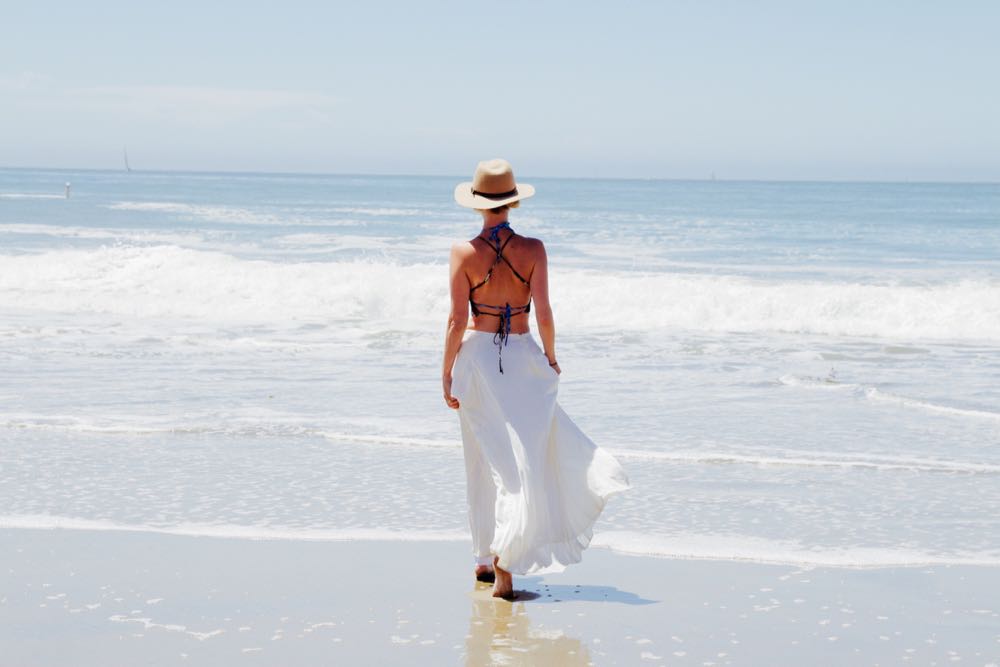 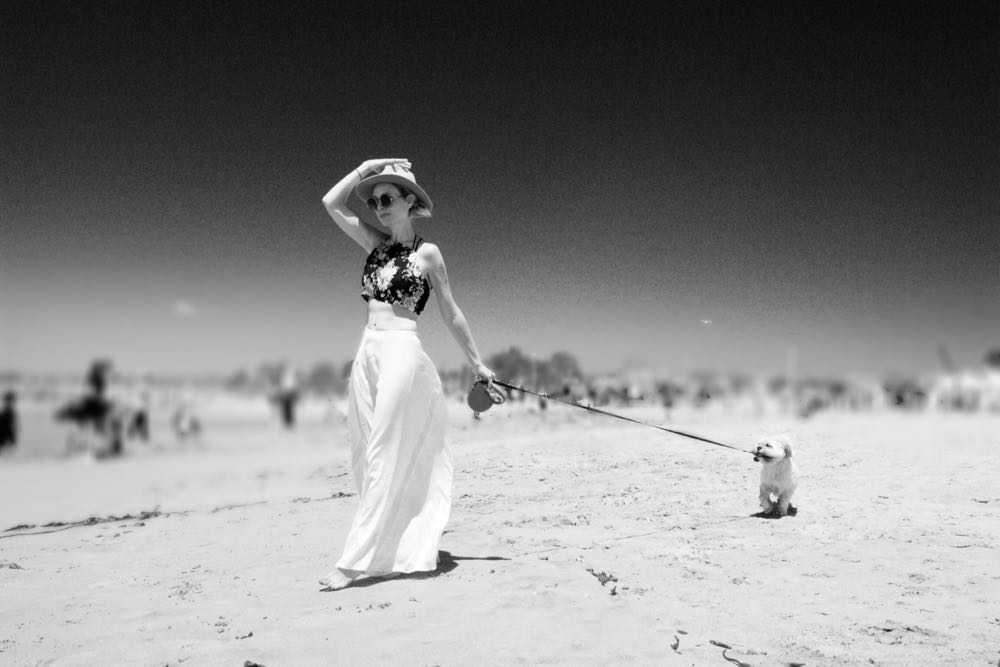 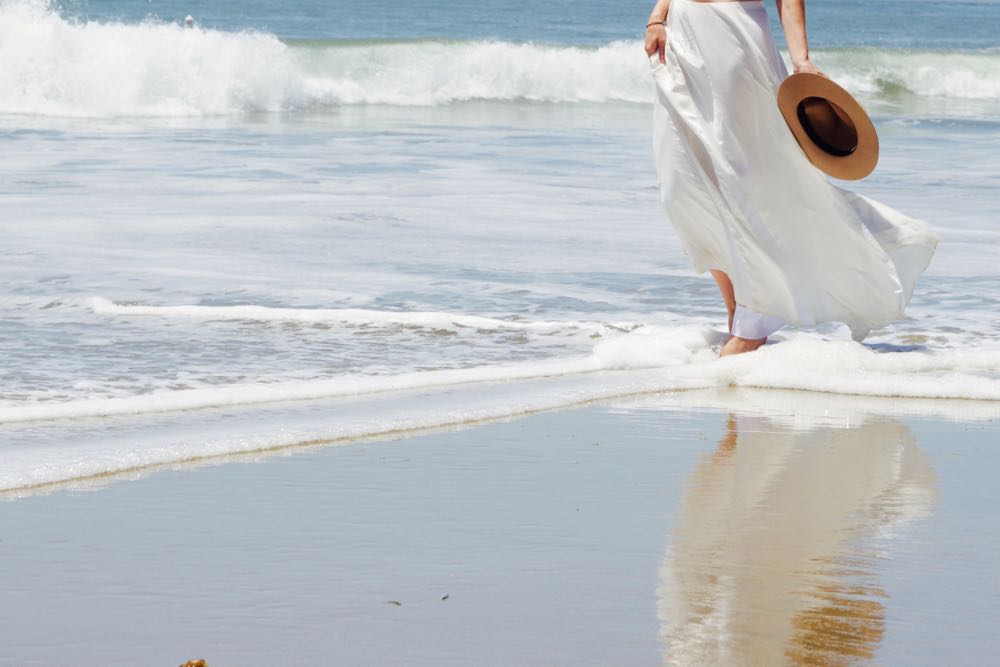