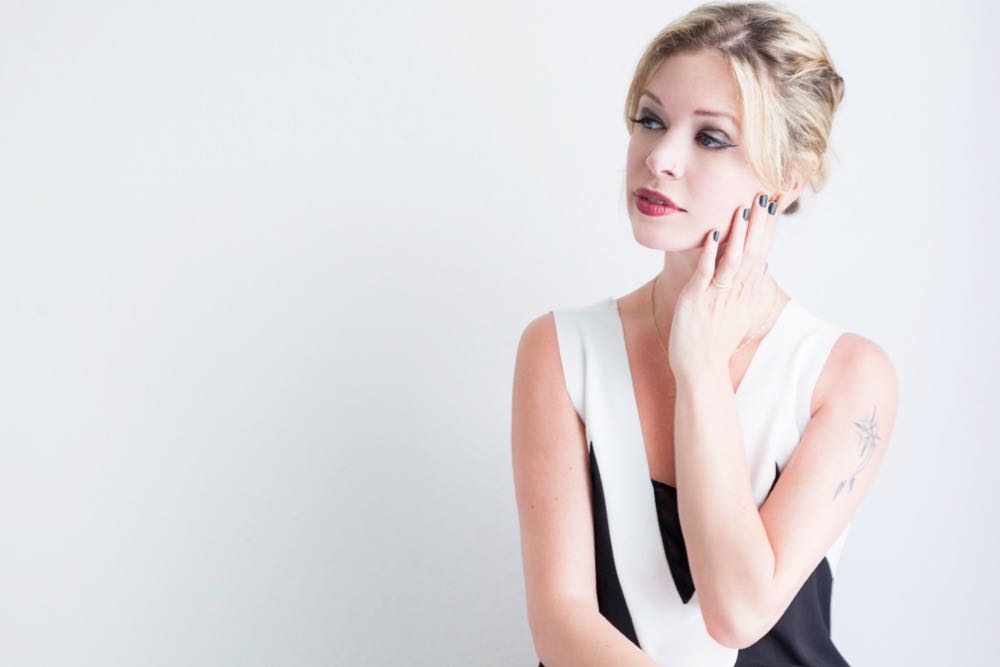 When I was 22 years old, newly graduated from college and living in a junior one-bedroom in West Hollywood, my apartment was broken into while I was at the gym one evening. My camera was taken – the thief had tried to take my laptop, too, but had been unable to remove it from the docking station – but far, far worse: my jewelry box was gone from its spot on my bedside table.

I’m not a person who’s overly precious about possessions. My general feeling is that things are just things, and that they should be used. If a dish breaks or a piece of furniture gets a crack in it or a purse gets a stain, well, that’s just the price you pay for owning – and loving – something. But my jewelry – by which I mean my real jewelry, my karat gold pieces, most of them handed down from my mom or given to me to by Kendrick – those I feel differently about. They’re not just “things”…they’re my history – and, more than that, they’re my family’s history.

What was stolen from my West Hollywood apartment that summer evening: a glass bracelet from my mother’s best friend that I believed – for whatever reason – had once belonged to a Chinese princess. A lima bean necklace that my parents had given to me for my sixteenth birthday. And – most heartbreaking of all – a solid karat gold watch that my grandfather had bought for my grandmother with the $200 he was given when he was discharged from the army. I was devastated by the loss – but it wasn’t about the watch, of course; it was about my grandparents. I still think of that watch often, and part of me hopes that somewhere, someone out there is enjoying it. I hope it means something to them, too.

What wasn’t taken were two pieces that I very fortunately happened to be wearing at the time of the break-in; the two pieces you see on me here. One is a karat gold necklace that my father bought my mother many decades ago for no special reason – just because she looked so beautiful in it – and the other is my mother’s original karat gold-and-sapphire wedding ring…which also happens to be the ring that Kendrick took from my right-hand ring finger and slipped onto my left on the night that he proposed.

I love these pieces because I think they’re beautiful, of course, but even more: I love them because they’ll last forever. Because they’re not just mine; they’re my daughter’s now, too. One day she’ll put that ring on her own hand, and the memories that it holds for her will be my mother’s, and mine, and her own: the history of the women in our family, all wrapped up in one lttle circle of gold. 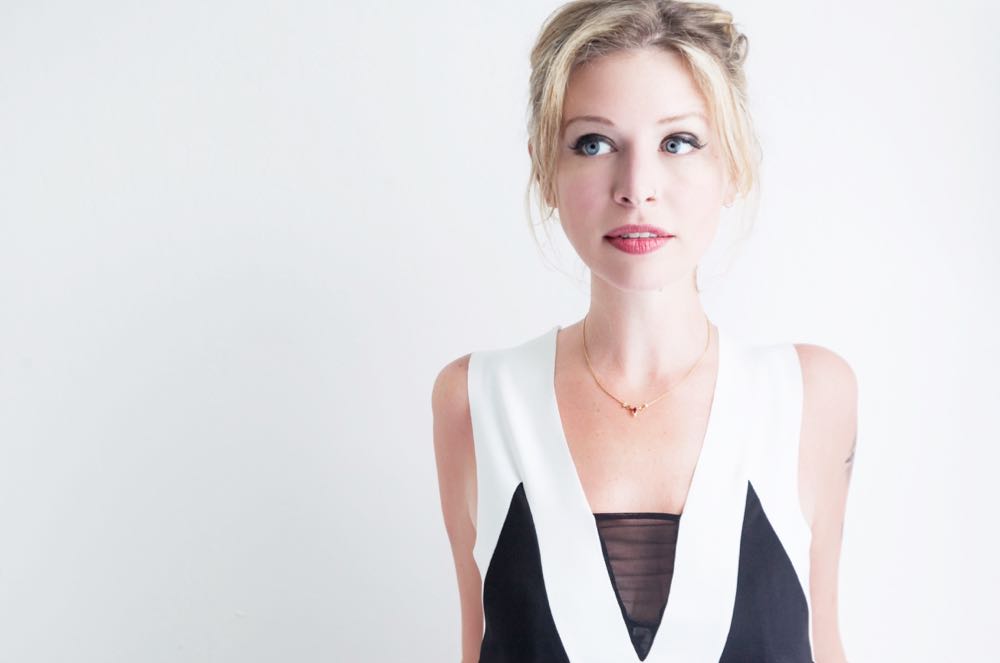 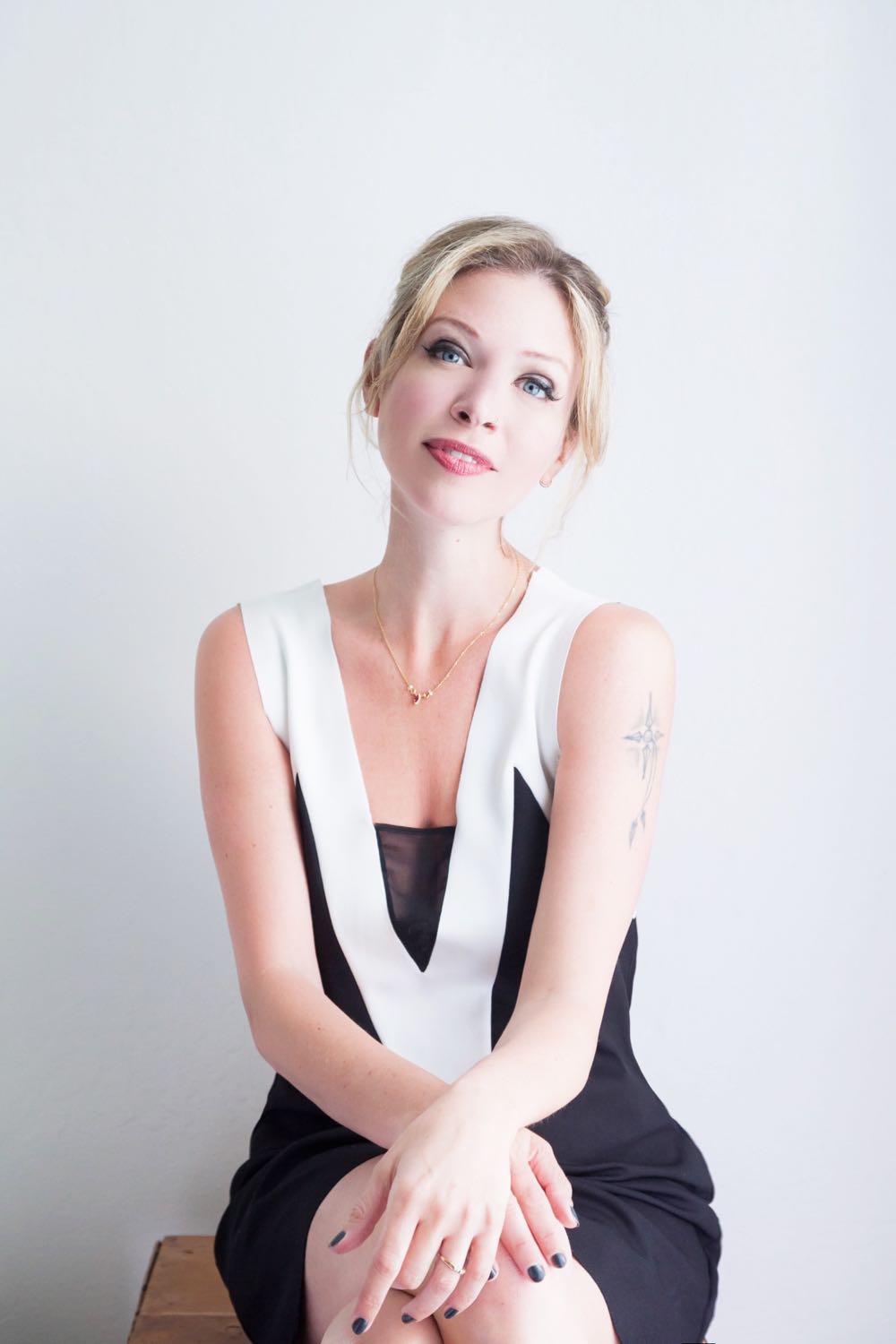 This post was created in collaboration with May Is Gold Month. Photos by Sue Hudelson.