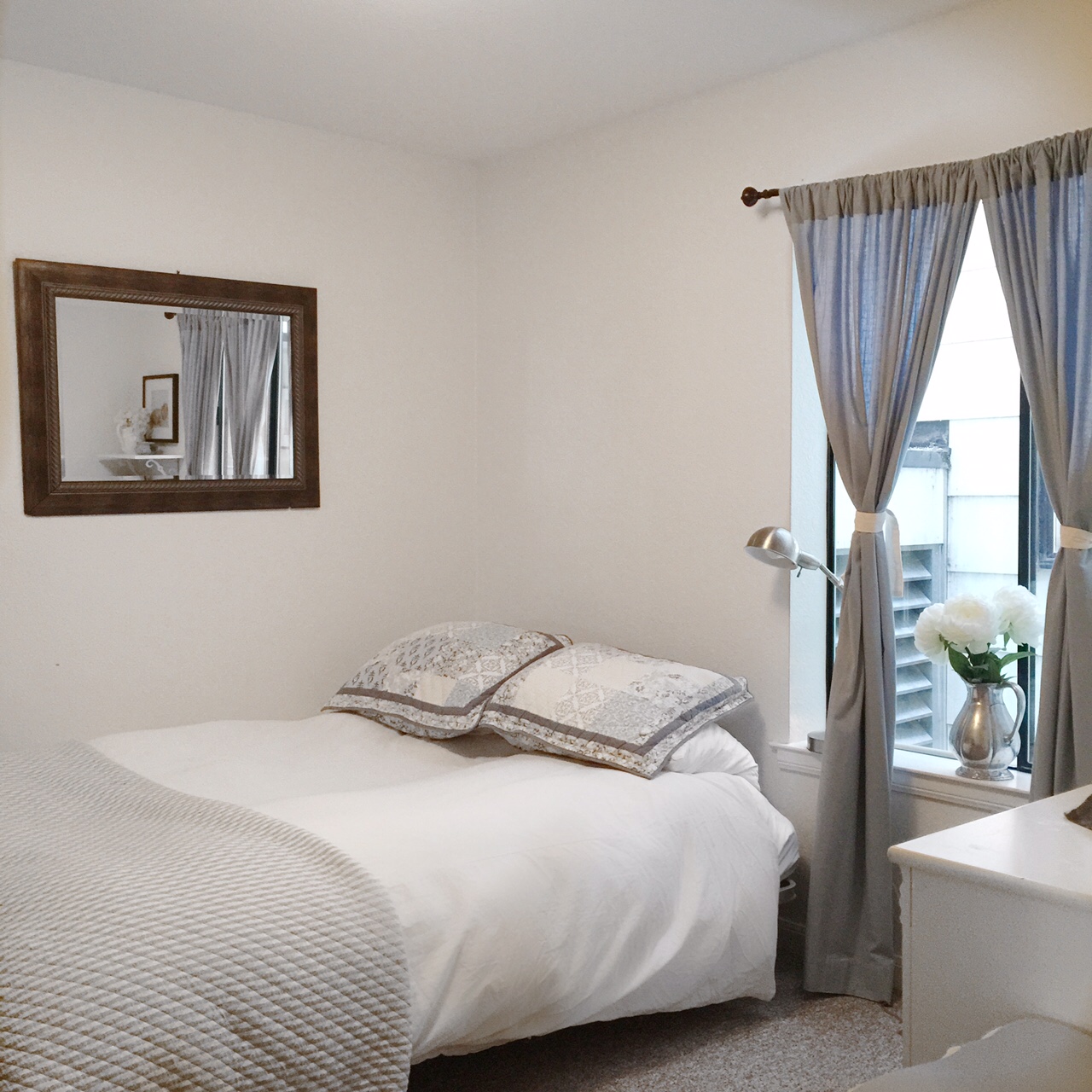 This may just look like a bed, but let me assure you: it is paradise.

Let me start by introducing you to Morgan’s guest bedroom. This bed is, for no especially concrete reason, one of the most comfortable beds that has ever existed in the world (and it’s not just me who thinks this; everyone who comes to visit says so). I asked her to tell me what kind of bed it is, what sheets she uses, etc, so I can try to recreate it for my own visitors, but really all it is is an Ikea futon with a really nice memory foam mattress topper and sheets that are super soft because they’re really old.

So I can’t really explain why it’s the best, but you’ll just have to trust me on this. It’s the best. 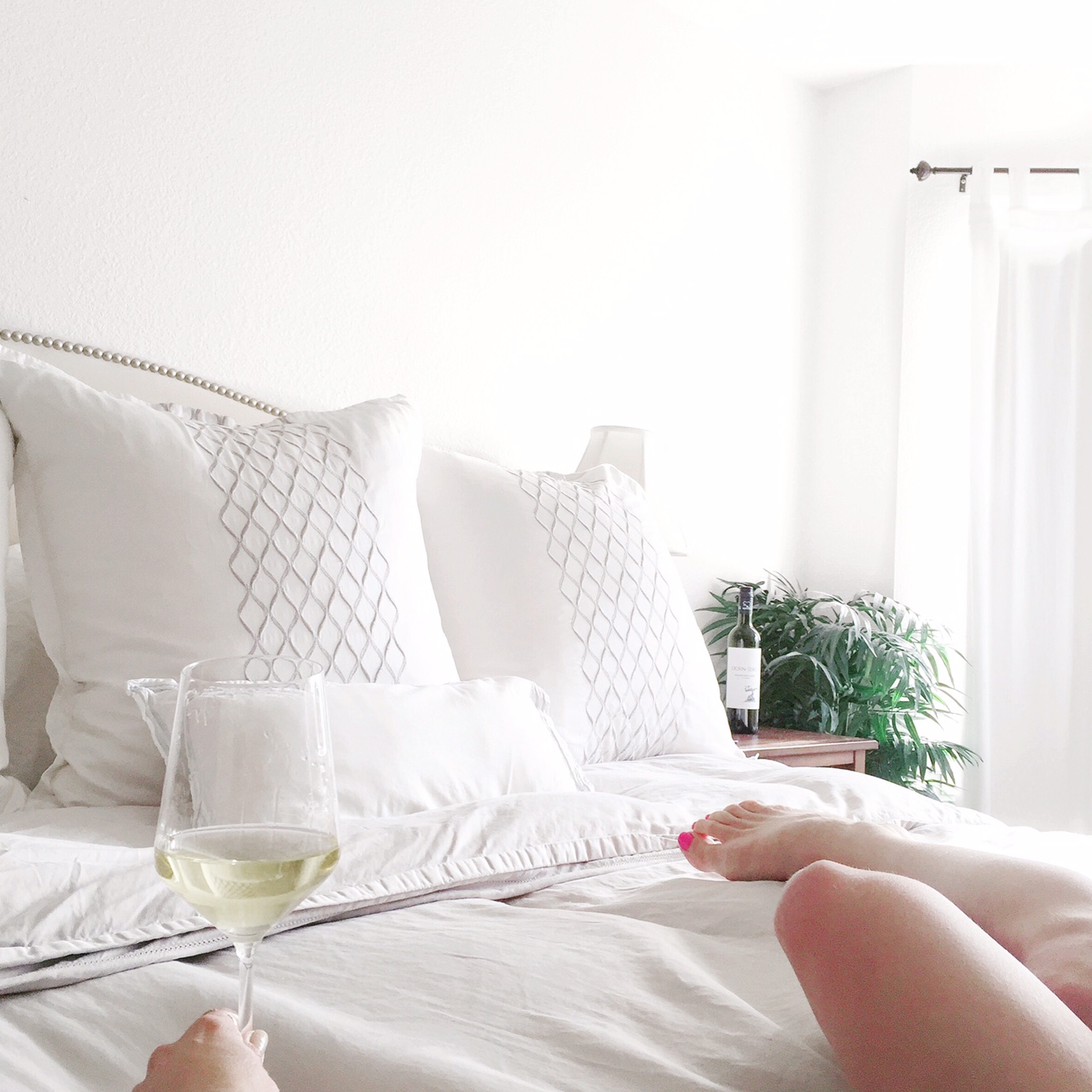 How we spent our afternoon while the kids played. Doesn’t that look nice?

Indy’s on Spring Break this week, but I’ve had some fairly major book deadlines and haven’t been able to do much with him, which has bummed me out. So I got all excited about the idea of driving up to San Francisco on Thursday afternoon: Indy and Goldie could hang with Morgan’s kids, and then we’d sleep over so we could all do something fun on Friday morning, too. I was also excited to come stay for the night because I knew it would involve wine and reality TV.

But mostly, I have to admit, I was excited for that damn bed.

I sleep SO WELL in it.

Let me now take you back to last night, circa 9PM. I was happily drinking Gruner and scrolling through photographs of pretty master bedrooms on Houzz (you know, being productive). Goldie was sleeping in the pack-n-play in the guest room, next to The Bed Of Paradise. Indy was sleeping on the bottom bunk bed in Morgan’s kids’ room, but then he came out to announce that he would like to sleep in the guest room with me instead. Fine.

So he went in, and, in doing so, apparently woke up Goldie. Which commenced a party that – I kid you not – lasted for the next SEVEN. HOURS.

9:30: Panic about the fact that my child’s screaming is seriously going to wake up every single other child in the house, and maybe in the entire building. (Goldie, extremely displeased with the fact that she has been woken up, has started screaming as if someone is cutting off her fingers. Ordinarily what I would do here is check to make sure that she’s not 1) sick 2) otherwise wounded or 3) in need of a diaper change/glass of water/whatever and then let her cry it out, but when you’re in an apartment building with neighbors who didn’t sign on for listening to a screaming baby all night long – not to mention your best friends and their two young children attempting to sleep about six feet away – shrugging your shoulders, continuing your Gruner-drinking, and saying “eh, she’ll fall asleep eventually” doesn’t really feel like an option.)

9:45: (Reluctantly) enter the bedroom and discover a still-screaming (obviously) daughter who is now also clinging to the side of the pack ‘n’ play like Leonardo DiCaprio on that floating door in Titanic. Move her into The Bed Of Paradise, in hopes that it will work its magic on her. (It doesn’t.)

10:00: Decide that perhaps my serene maternal presence will solve the problem and lay down next to my daughter, thereby enabling her to scream directly into my ear.

10:30: Locate baby thermometer, feel for incoming molars, and do a weird aerobic-ish thing to my child’s legs to see if she’s gassy. Discover that my daughter is in much better physical condition than me. Give her baby Tylenol anyway.

10:45-11:45: Spend exactly one hour standing in the center of a pitch-black room jumping up and down, and eventually succeed in bouncing Goldie into silence. Slowly, slowly, sloooooowly sit down on the bed – still bouncing in precisely the same way. The infitesimal change in the angle of my upper torso is so profoundly alarming that it sets off alarm bells the deepest, angriest parts of my child’s brain, alerting her to the fact that Something Is Amiss.

11:50: Look at clock and realize that it is now officially five hours past my daughter’s bedtime. Could probably have realized this without looking at a clock, because she is no longer just “kind of annoyed”; she is FUCKING PISSED..

12:00: Consider searching Morgan’s cabinets for whiskey. (For me, not Goldie, although I am not above giving my eighteen-month-old a shot of Bushmills at this point if that is what it takes,)

12:20: Retrieve Bun-Bun The Bunny from under the bed, where she has been flung in a fit of rage.

1:15: Have desperate whispered hallway conference with Morgan about whether children are, in fact, the actual worst. 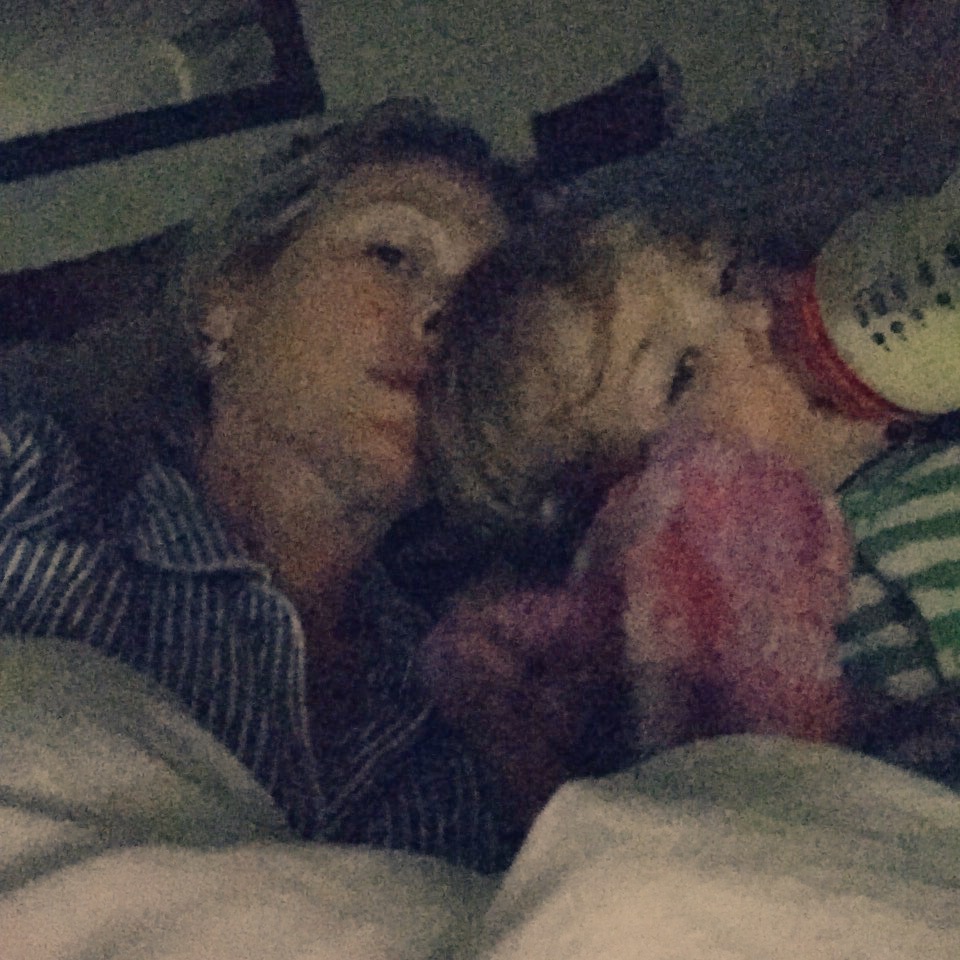 At this point, I decided fuck it, tonight is the worst, and gave up. I dragged a comforter out onto the couch, and turned on Bubble Guppies, which we then watched for the next two hours. Now, while this would have been – if not an ideal situation in the baby-rest department – at least an opportunity for me to do something approximating sleep, what my daughter required in addition to a never-ending stream of animated singing fish was that her adoring mother hold her in a very specific position involving being completely upright with both feet planted on the floor. Move my legs into a reclining position? …Place my head on a pillow? I don’t think so.

At four o’clock, she fell asleep. 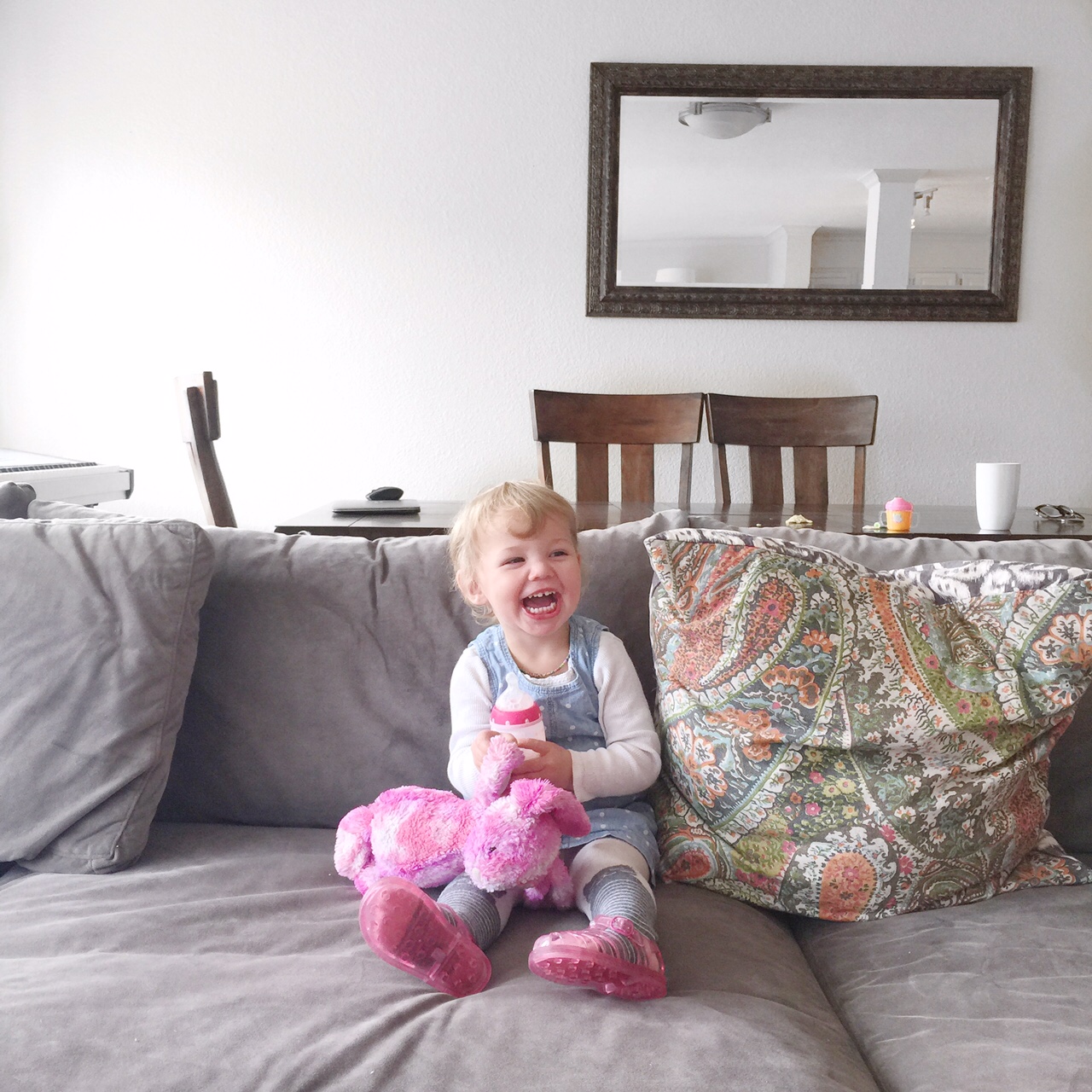 The child is as happy. As. A clam.

(Of course she is. She got to stay up all night drinking and watching shitty TV; that sounds great to me, too.)