On Dogs and Babies 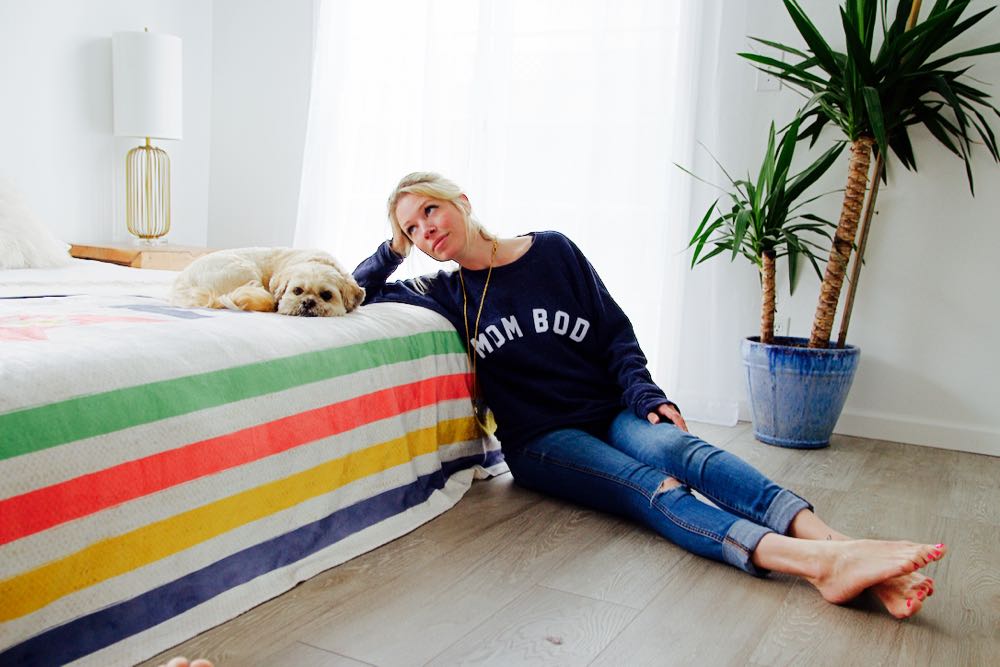 { BTW both the sweatshirt – which we recently redesigned – and the blanket are the softest, coziest things EVER }

I was at a friend’s house for dinner last night, and we started talking dogs and babies (specifically the problem that is dogs when you have babies), and Kendrick said, “Tell them the WE HAVE NOTHING story!” So I did. And now I’m going to tell it to you.

It started on Christmas Eve morning, 2009, when Kendrick walked through the door holding a mysterious carrying case. He opened the little door, and out bounced 8-week-old Virgil. He immediately ran into our bedroom, put his head in my boot, and peed.

He was a surprise present from Kendrick, who certainly meant well…but did not realize that his gift was about to keep us up all night, every night for months, thereby creating some truly spectacular marital strife that, quite fortunately, seemed to have the happy effect of getting the “IT’S YOUR TURN TO DEAL WITH IT” argument out of our system before that slightly disruptive event called “parenthood” happened. By the time a for-real infant was the thing keeping us up all night, every night, we’d both been so emotionally beaten-down by our insane dog that we were more or less over the whole “sleeping” thing and handled it rather well, actually.

That’s right, I called my dogs assholes. Cuteness and love aside, they seriously are. Yours probably are, too. And if you don’t have dogs: everyone else’s dogs? Assholes. (You know what I’m talking about.)

About a week after we found out I was pregnant with Indy, I came home from a long, long day on set, dramatically crashed through the front door, and announced to Kendrick (with accompanying moans and illustrative hand-flutter motions) that he needed to remove himself from my path so that I could proceed directly to the bedroom and pass out. Out of my way he went, and I moaned and hand-fluttered my way into the bedroom…

Only to discover a very wet bed and a very guilty-looking Virgil sitting right on the quilt next to his Circle of Destruction.

You guys, I was really tired. And about five seconds pregnant. And so when I dropped straight down onto the floor and began sobbing, it was only because really, there was no other option.

Eventually we managed to drag the sheets off the bed and pile them into the bathtub, where they would await a morning trip to the local laundromat. I declared despairingly that they would never be clean again. Kendrick gave me a hug. We put our other set of sheets on the bed. I wailed a little more. Kendrick gently suggested that I might like to stop wailing and go to sleep. By this point I sort of wanted to watch Entourage instead, but I decided that he was probably right. Except I wanted a glass of water first.

So I went to the kitchen, got my water, and went back into the bedroom…

And Virgil had done it again. On the only other set of sheets that we owned.

In the minutes that followed I put on a performance of such emotional intensity that I honestly have very little recollection of it, but the sum total is that I ended up flat on my back on the floor shrieking “WE HAVE NOTHING” at the ceiling, because the fact that we had no un-peed-on sheets for the bed made me absolutely positive that not only was I never going to be able to sleep again in my life, but that we were also going to be terrible, non-sheet-having parents. And our dog was probably going to pee on our baby.

About nine months after The Pee Heard ‘Round The World, both Lucy and Virgil began preparing for their intensive study in the field of Baby Waking-Up. As of the writing of this post, some four years later, they have achieved such excellence in this pursuit that they now need nothing more than to watch a flower petal gently drift from the tree in our front yard towards the soft grass waiting below to propel them into a round of barking so ear-shattering that not only do they wake up our baby, they wake up all the babies, everywhere.

On the plus side, they have also taught our children how to rub their faces against the carpet for a DIY scratching session, so there’s that. 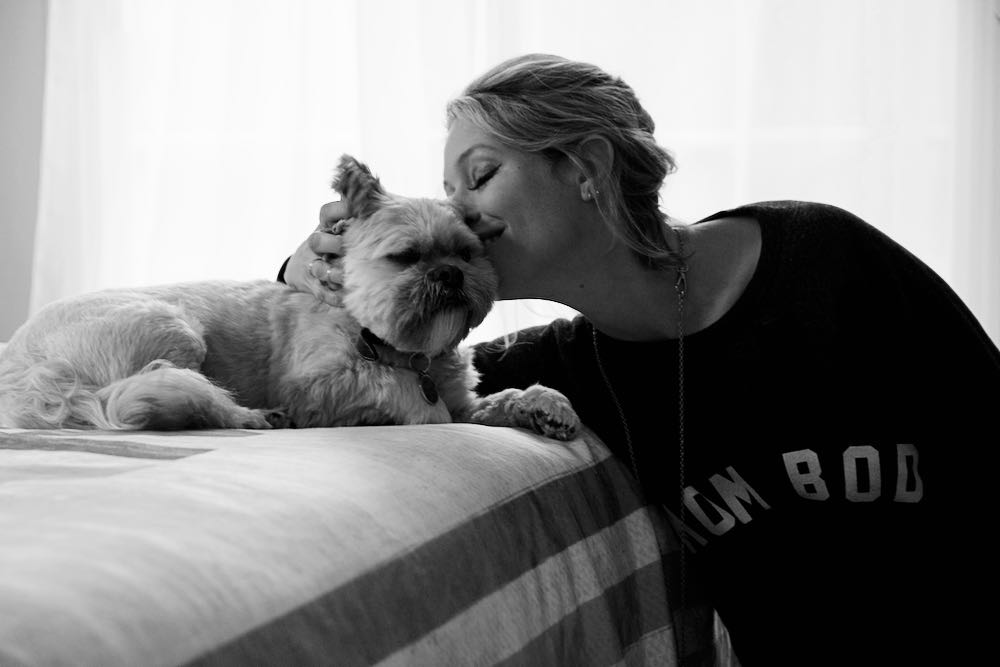 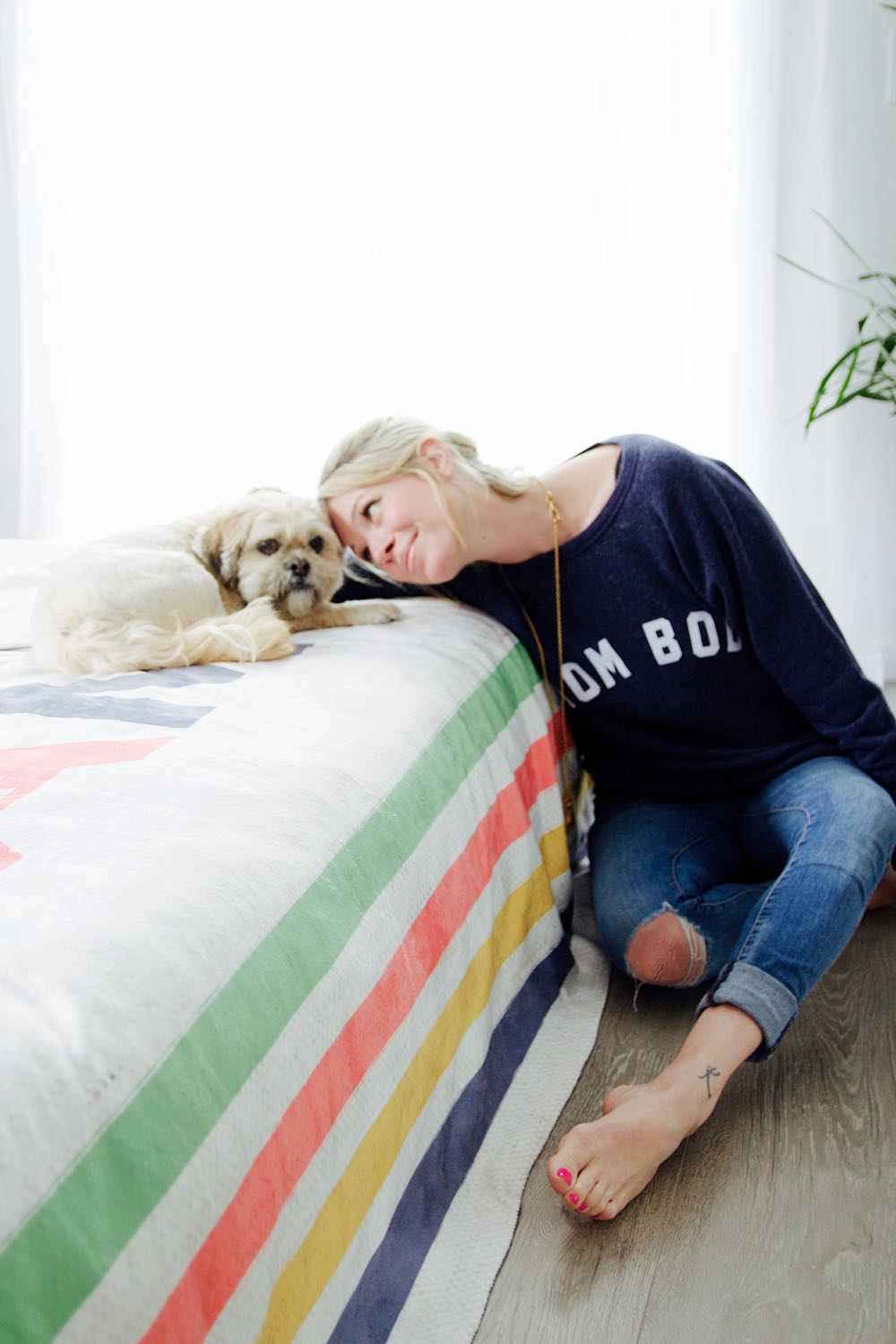 The above is partially excerpted from Ramshackle Glam: The New Mom’s Haphazard Guide to (Almost) Having It All, c 2014 from Running Press.