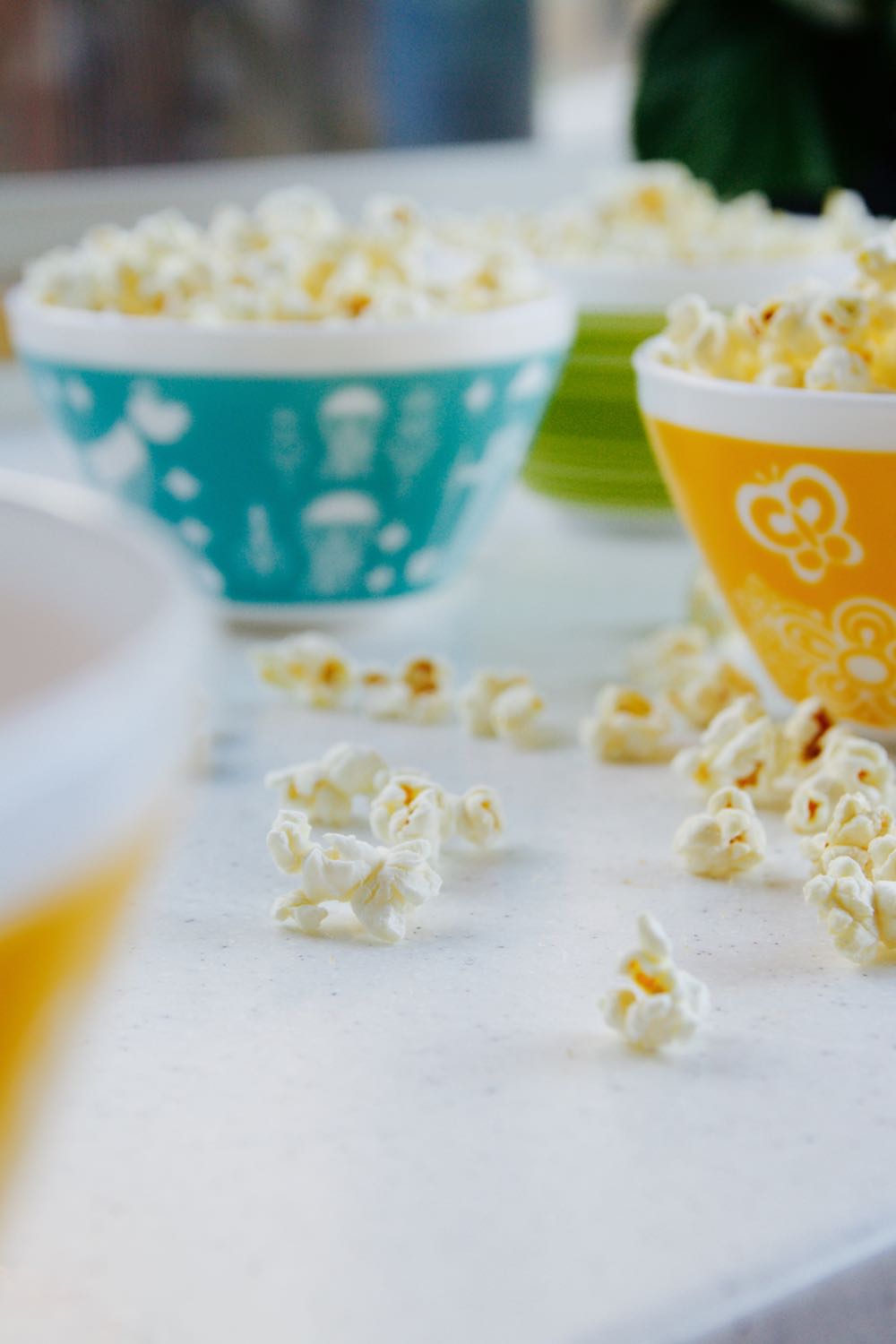 I have this problem:

I eat so much microwave popcorn.

It’s kind of my thing; I’m very weird and hoarder-y about it and extremely particular about how much butter and salt goes on it. I eat it in highly specific little ways, like nibbling off the tiny bits around the center first. In my very weakest moments, I also have been known to apply a dose of I Can’t Believe It’s Not Butter (I’m aware that this stuff is essentially one big chemical, but I can’t help it because it is DELICIOUS).

But I’m on this health kick lately (and yes, I’m still doing my bizarre little routine every night, as well as things that I honest-to-god never pictured myself doing in a million years, like “engaging my core” when I’m pushing Goldie in her stroller. I mean SERIOUSLY. Who is this person?). And part of said kick has involved me starting to think more closely about what I’m putting in my body, which, these days is mostly – oh, let’s just be honest – whatever’s left on my kids’ plates and cheese sandwiches and Red Bull.

I’m not willing to all of a sudden go full-on Gwyneth, but I’m finding myself pausing before picking up something that I know is totally terrible for me and actually…this is so weird…not really wanting to put it into my body. Like take, for example, my much-loved Pop Secret Movie Theater Butter Popcorn; I’m starting to feel like it might not be the best choice, given the amount that I pile into my body on a weekly basis.

Enter: our babysitter, who whipped up a bowl of popcorn for my kids the other night with nothing more than a few kernels and a bowl. I had no idea you could do this, but apparently literally all you need to make homemade popcorn is a microwave (and popcorn, obviously). You don’t need oil, or fancy popping devices, or carpal tunnel-inducing wrist-swirling techniques, or anything.

Now, our sitter made my kids’ popcorn with no oil, no butter, and no salt, because she is a better person than I am. I, however, personally enjoy my popcorn with something akin to flavor, and so I played around with variations on her bare-bones method. And? I mean it when I say that I am never going back to the bagged stuff. Because this is a massive improvement over Pop Secret in the health department – and I swear I’m telling the truth when I say it is JUST AS GOOD.

(Don’t believe me? Kendrick didn’t either, and now every night he tries – and fails – to steal mine.) 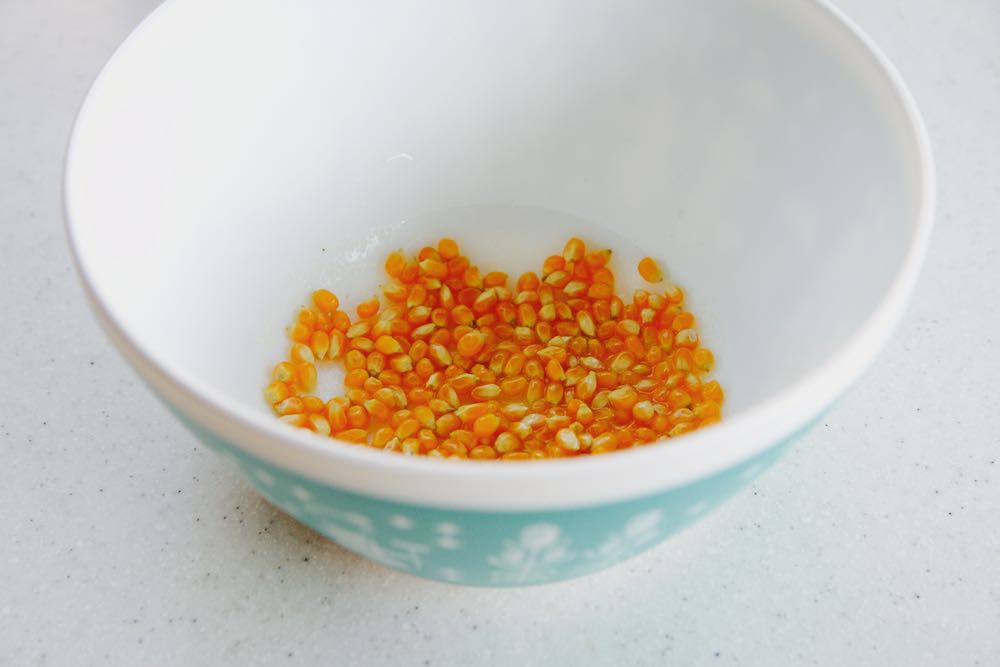 1. Place 1 tsp butter and 1/2 tsp salt in a medium-sized microwave-safe bowl. Of course you can use more or less butter and salt, depending on what you like (or even none at all). Microwave on high for 30-40 seconds, until butter is melted.

2. Add about 1/3 cup unpopped popcorn kernels to the bowl. Swirl them around in the butter/salt mixture to coat, and then gently press them down with the back of a spoon so they’re more or less in a single layer on the bottom of the bowl. 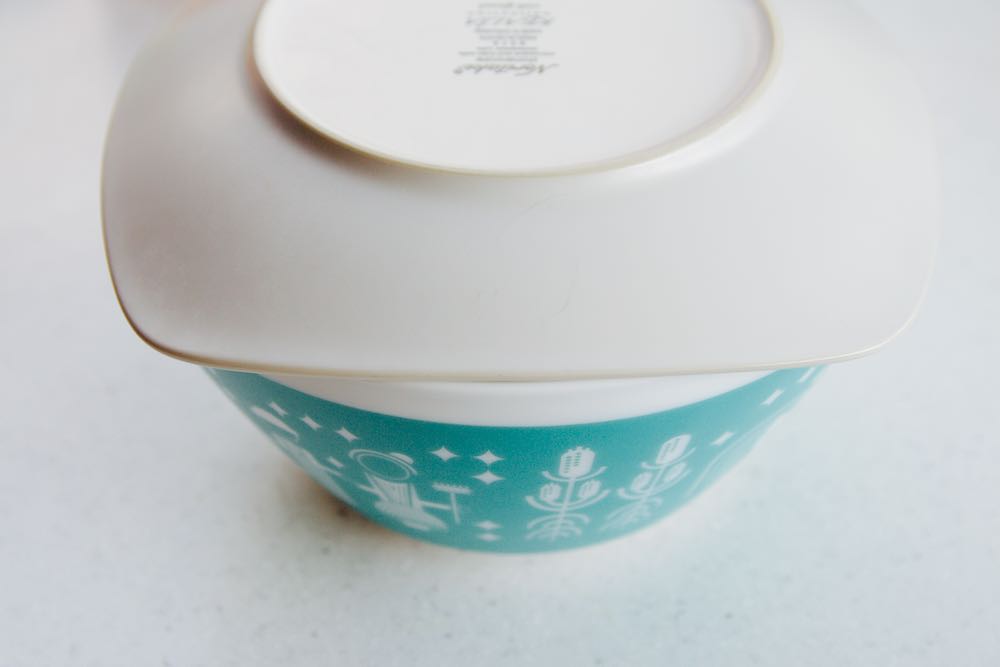 3. Place a microwave-safe plate over the top of the bowl – what you want is a tiiiiiny bit of space between the edge of the plate and the lip of the bowl, to create a vent. (You can use a vented bowl if you happen to have one, but this technique works just as well.)

4. Microwave the covered bowl for 3-4 minutes, or until the popping sounds slow down. Caution: the bowl will be really hot, so consider transferring the popcorn to a cooler bowl to serve. 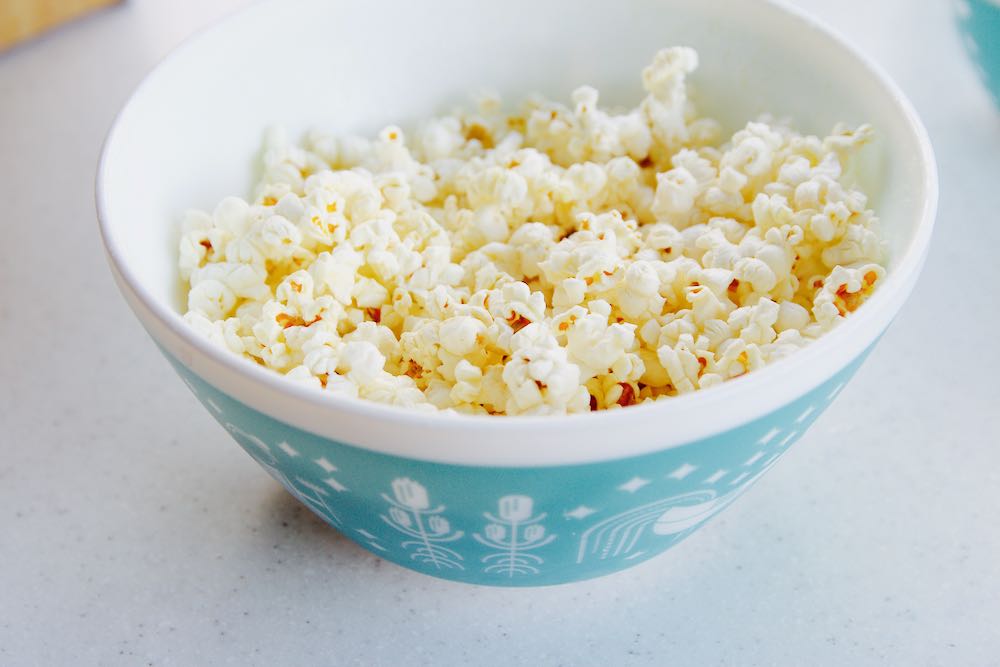 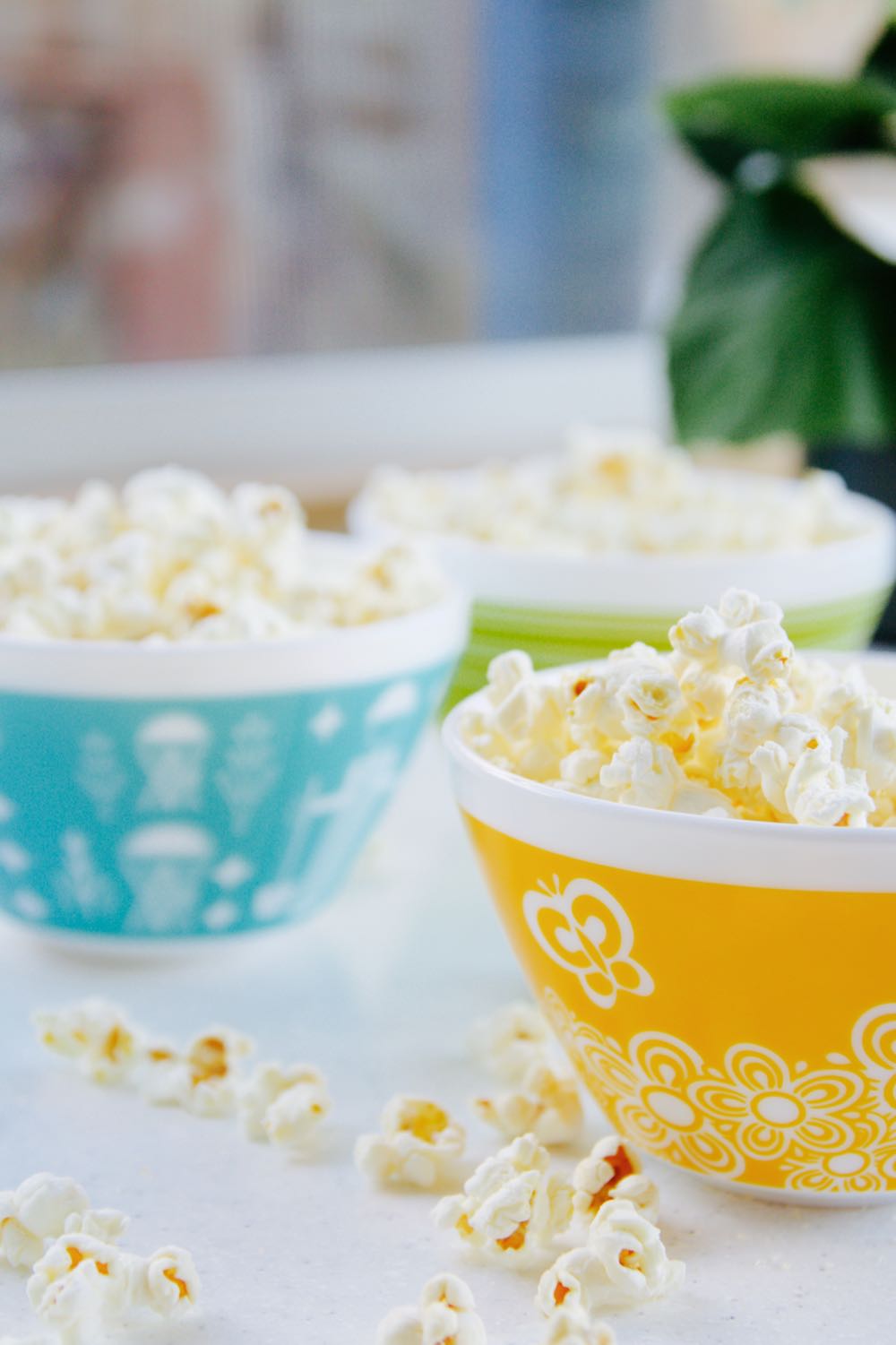