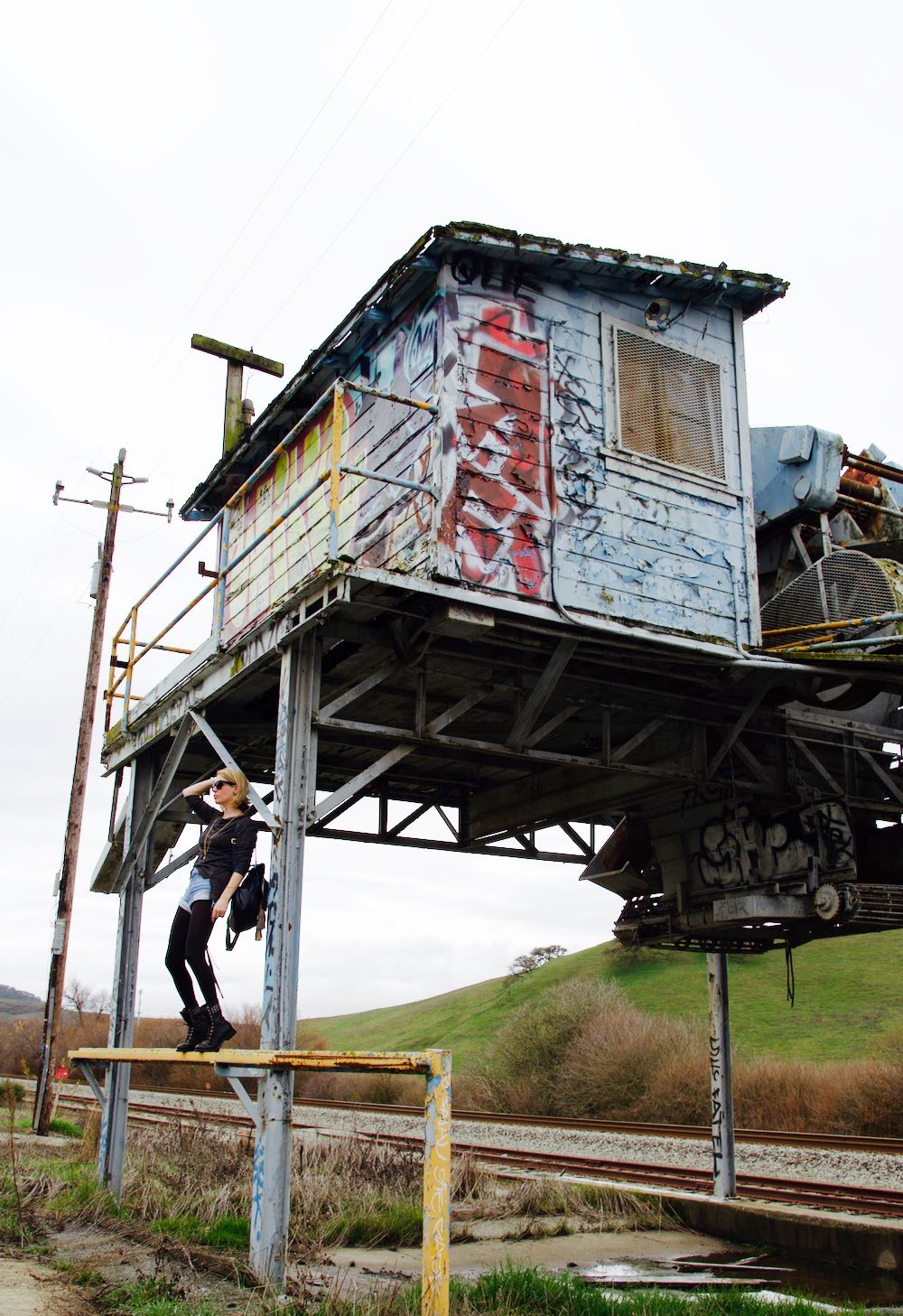 I have a confession: I am more out of shape now – a year and a half after the arrival of my second child – than I was immediately after giving birth.

It’s not about weight or how I look – both of which are fine, I suppose, or at least fine by me. It’s about how I feel. And how I feel is like a slug.

I’ve written about the walking, talking head case that is (not so) new motherhood before, but this time I’m talking purely about the physical side of it all. I was whining about this to a friend the other day – how blah and slobby I feel lately, like my body is morphing into something that would really like to stay put right there on the couch forever and always, thanks – and she said, “Umm, Jordan, you used to move. Like, all the time. And now you’re in your car. Like all the time.”

Right, there you go. That would be it. Because when you live in a city, you see, you walk. Constantly. And you get your exercise without even noticing it. In Tarrytown, even though we in the suburbs and I spent a lot of time driving around, I was still making the trek into the city at least a couple of times a week. Here, that doesn’t happen. (When we moved to San Jose, we were all “oh, we’re going to go to San Francisco all the time! It’ll be awesome! Wheeeee!” We don’t. We sometimes go up to see friends or get Burmese food on weekends when we feel like making a day trip of it, but we certainly don’t just pop on up there for a quick jaunt, because there is nothing quick or jaunty about the 101 freeway.)

I’ve thought about joining a gym, but haven’t yet. I have a friend who’s been asking me to join her for Barre classes (whatever those are; I picture vaguely torturous machines and that woman who used to yell at me in ballet class when I was four), but thus far I haven’t managed to make it. And this is why: because it’s not the time spent exercising that bugs me; no one can argue that 45 minutes is an especially big deal. But it’s not just 45 minutes; it’s the time spent locating gym clothes, driving to the gym, parking, driving home – it makes me anxious just thinking about giving up that much of my day when there is so much else to do.

I know it’d be “for me”; I know doing things for yourself is something I talk a ton about; I know it would make me feel good, maybe even great. But I want to be working – sitting there at my computer and typing and moving this weird little career of mine forward. I want to be doing this as much as I can be, because my work matters to me and my ability to help provide for my family matters to us. And during those minutes when I’m not working I have a baby I’m desperate to hold as much as possible while she’s still willing to let me hold her and a little boy who is so much fun to hang out with these days that all I have to do is look at him and I want to drop everything and play. I want to spend my minutes with them, not with a treadmill.

But I’m also sick and tired of feeling like a slug.

And so I decided that something is better than nothing (which is pretty much always the case), and so this is what I’ve been doing: allowing myself to look completely ridiculous during my nightly TV hour (I happen to know for a fact that I look insane because every time Kendrick wanders through the living room and sees me doing my little routine he says so). I lay on the floor and do leg lifts, sit-ups, these weird butt moves that I’m sure have a name but I don’t know it and so I call them “weird butt moves.” If Indy is still up, he sometimes gets down on the floor with me and comes up with exercises for us to do together (the one he came up with last night was actually kind of amazing; Kendrick took a video because he thought it was funny but alas it was taken from an extremely unfortunate angle and thus will not be presented for public consumption). I jog in place. I do stretches.

To be clear: if you’re picturing some kind of intense workout happening here, like, set to montage music or perhaps the Rocky theme, let me assure you: “intense” is more or less the opposite of what we’re talking about.

But it’s fun for me – or at least relatively non-miserable, almost like playing. I can wear my pajamas while I’m doing it (which I do). It’s a small lifestyle change, but still: after only about three weeks sit-ups aren’t the misery they were when I started. I can happily jog in place for way longer (by which I mean fifteen minutes as opposed to three). I might even have more energy (I’m not sure; we’ll have to check back on that one when my children go to college). I’m not signing up for any triathlons, but I was never going to anyway. 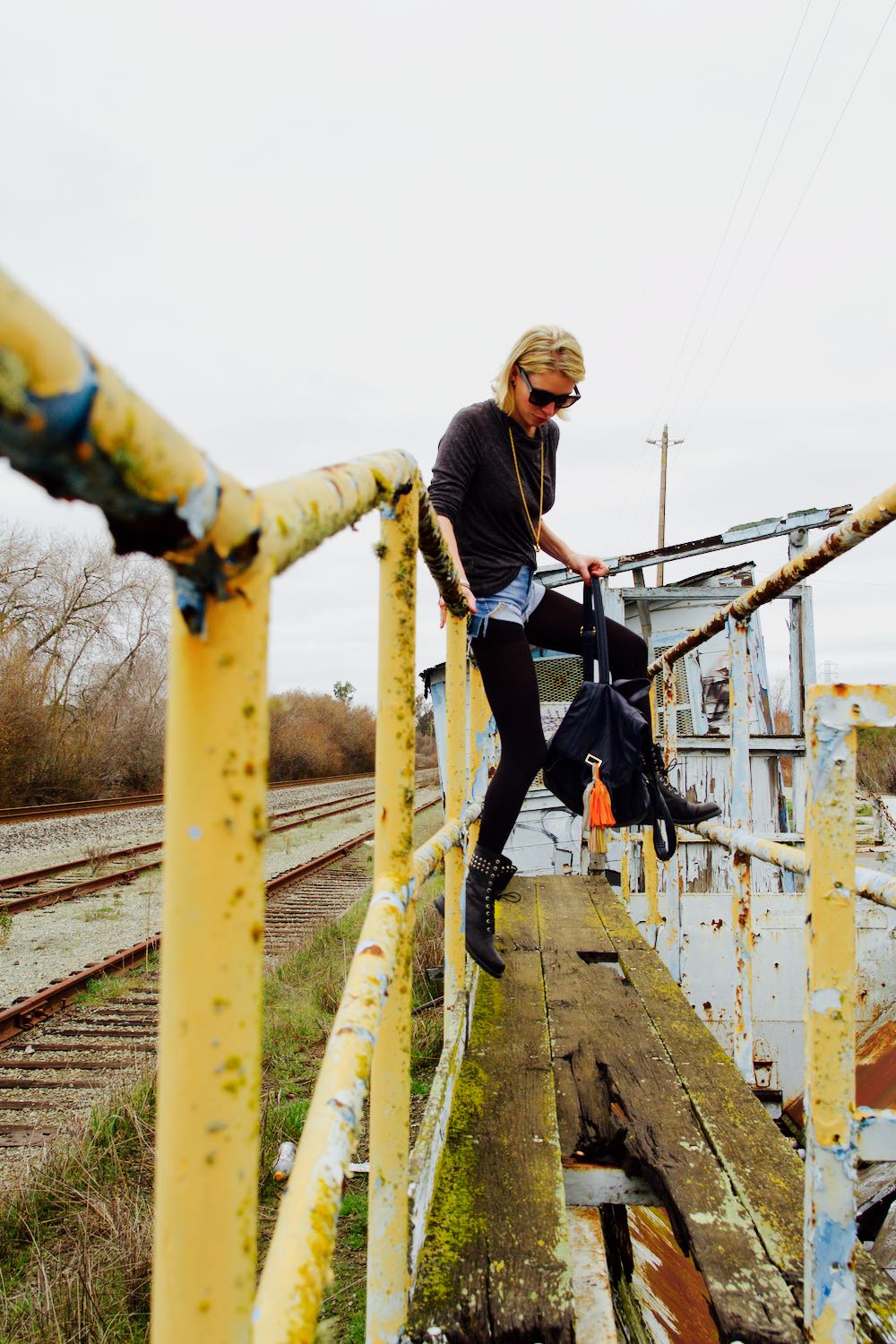 P.S. If you’re wondering what this post has to do with the photos here, the answer is nothing. Except I’m wearing combat boots in them, because lately I’ve been gravitating towards footwear that I can actually do stuff in (as opposed to delicate little flats that shred upon contact with a pebble). Like climb on weird roadside structures that we come across as if they were jungle gyms.