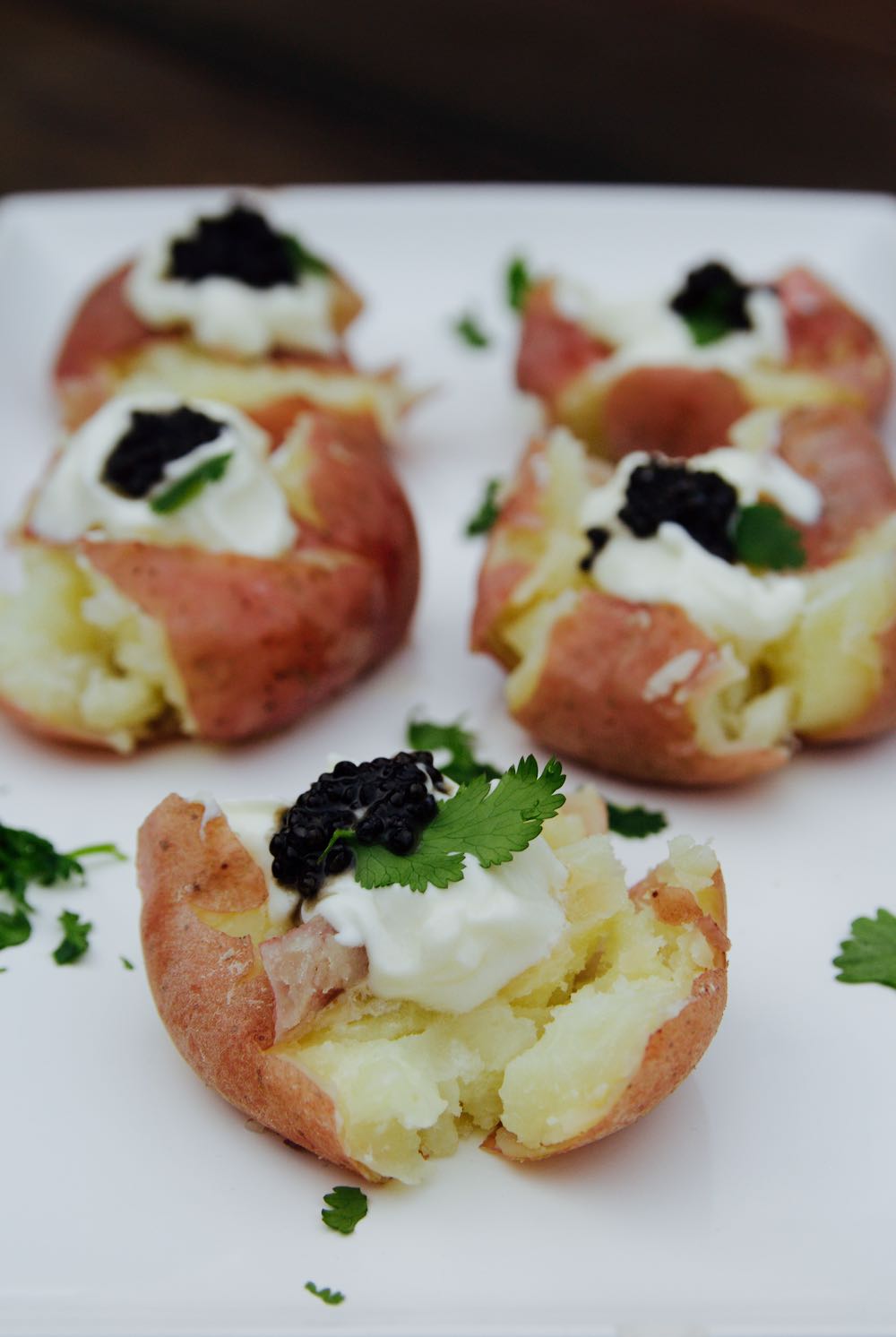 Discovery: I really, really like caviar. But I do not like very much of it, because as delicious as it is, it’s also fish eggs, and my psyche can only handle eating so many unhatched fish babies. So when we opened our little tin of caviar on New Year’s Eve, despite the fact that there were only maybe two big tablespoons’ worth of eggs in it, we only ended up eating about half.

I figured that was fine; we’d just eat the rest later, but then Francesca and I were talking about caviar on the phone while I was driving around running errands (we don’t usually talk about things like caviar, I promise; I’m not quite sure how this happened) and she googled “how long does caviar last” for me, and it turns out it’s fine when it’s all sealed away in a jar, but once you open it you better get on it.

So I went home and got on it.

This time, though, I thought I’d try to recreate the eighty-dollar baked potato I had in St. Bart’s once (which I obviously can’t say was “worth the price,” because that’s crazy, but it was really good). I had a few little red potatoes in the refrigerator, and so I decided to do a kind of fun presentation in which you boil them whole and then press down on them gently with a fork until they’re just broken open (so not technically “smashed,” but that’s the visual effect you end up with). Add a ridiculous amount of butter and sour cream and a dollop of good caviar, and you have the most decadent snack ever.

(Technically serves 6 as an appetizer, but I needed to eat two of these. So let’s say it serves 3.) 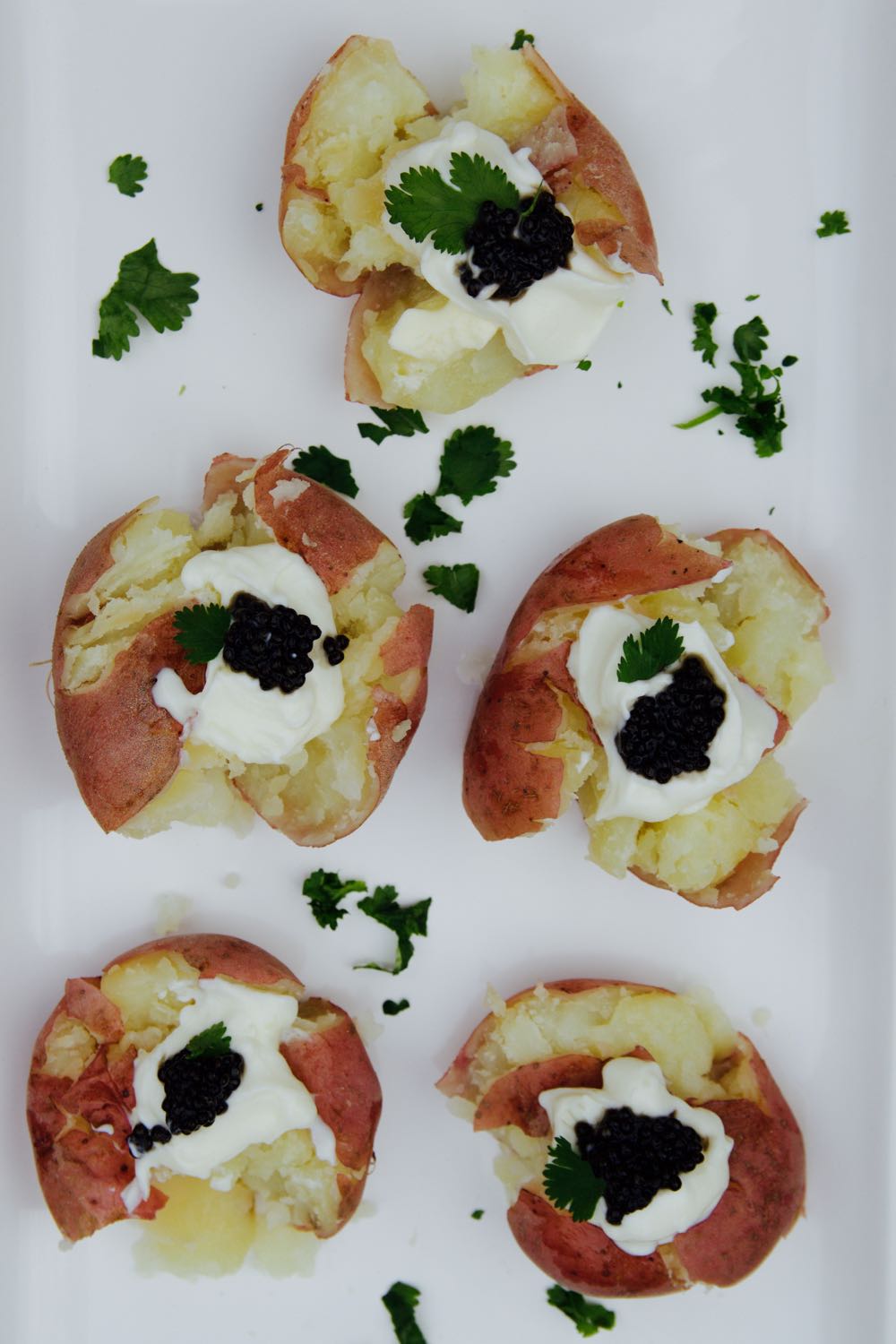 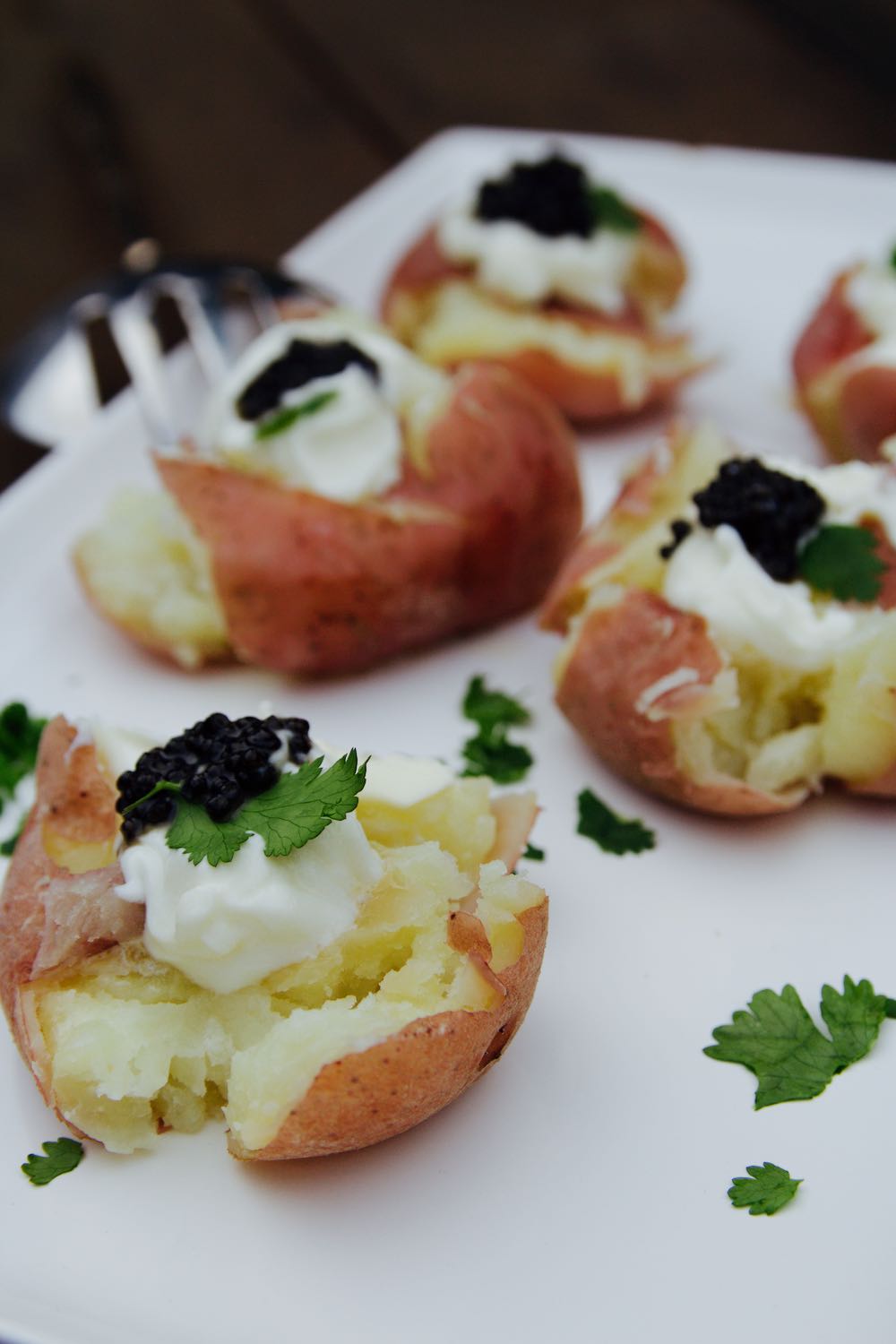