Why the extra-fancy attire? Because this year, we’ll be celebrating New Year’s in an Uber on the way home from the San Jose airport, alongside two underslept children who will have been traveling for the previous 12 hours. It’s going to be AMAZING and super glamorous; I can’t wait.

In all seriousness, I couldn’t possibly care less. New Year’s is really not my jam, and the only reason that I will be awake when the clock strikes midnight is that I will technically still be in Responsibleish Parent mode, and thus have to be.

But Kendrick cares about New Year’s; even on the years when I can’t keep my eyes open for one more second, he holds out until the ball drops. And so I hatched a plan to make our strange little New Year’s Eve feel special even though it’ll happen at the way-tail end of what I can only imagine – based on recent experience – will be an insanely exhausting day.

I have this Nigella Lawson book called Feast, in which she recommends menus for various occasions, from a child’s birthday party to Rosh Hashanah. And one of my favorite sections of this book has always been the bit about New Year’s Eve where she recommends doing the simplest – but most extravagant – thing ever: whip up some potato pancakes, and set a big platter of them out on a table with piles of really excellent caviar, creme fraiche, and either champagne or icy-cold vodka.

I mean…doesn’t that sound AMAZING? And – once you’ve made the potato pancakes, which I did before we left town (I stuck them in the freezer so I can just reheat them in the oven when we get home) – fairly effortless?

I’ve never really eaten caviar – other than a weird little incident in St. Bart’s when I was served an eighty dollar baked potato (you read that right) topped with a spoonful of the stuff, so I know nothing about it. My strategy for getting a kind that we’d like was basically to go to Whole Foods and pick the most expensive tin they had. It’s stupid-expensive. Just unconscionable. But I figure that there’s no better time to indulge a little than late at night at the end of an epic year, when it’s just the two of us, alone at last by the fireplace, waiting to step into tomorrow together. 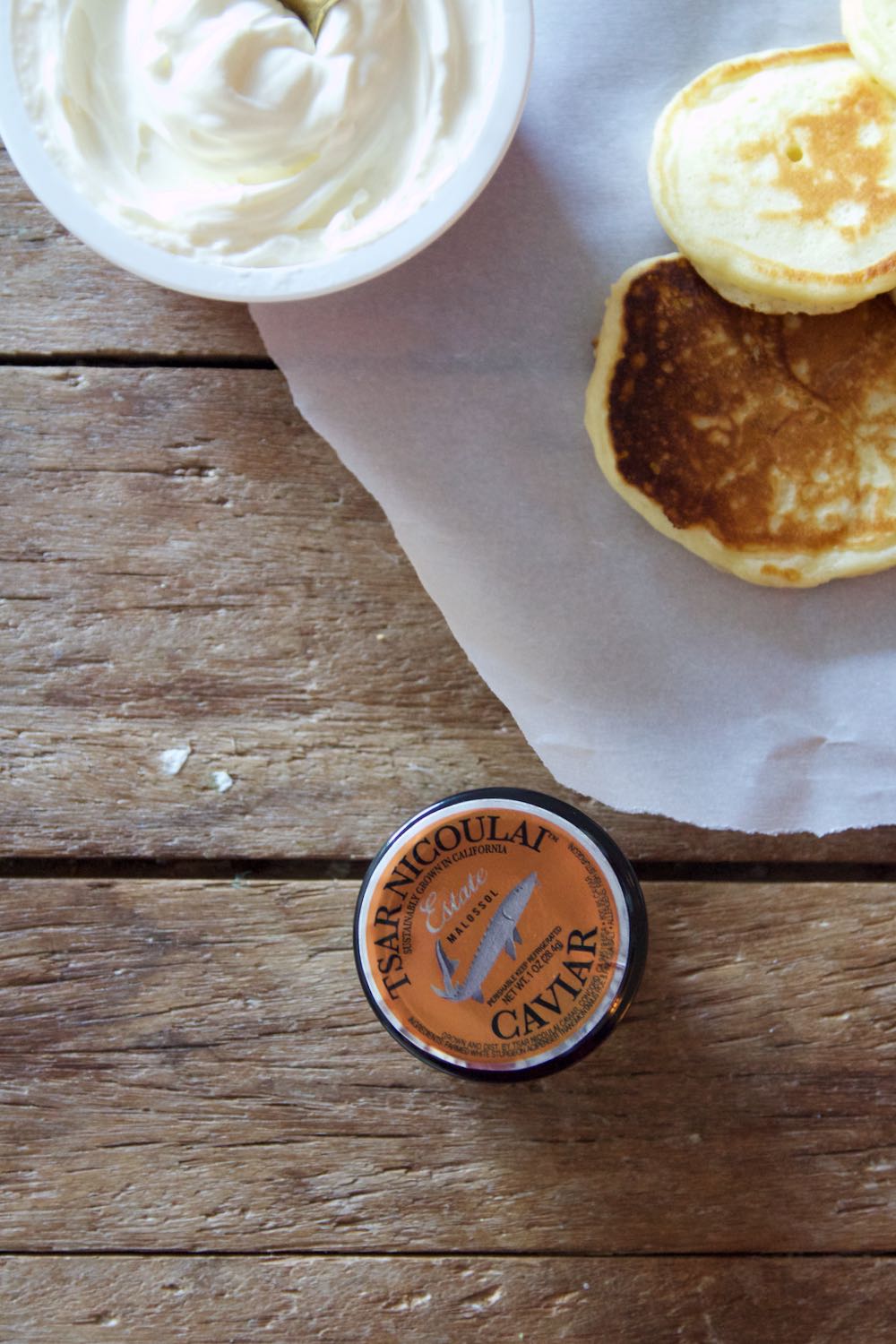 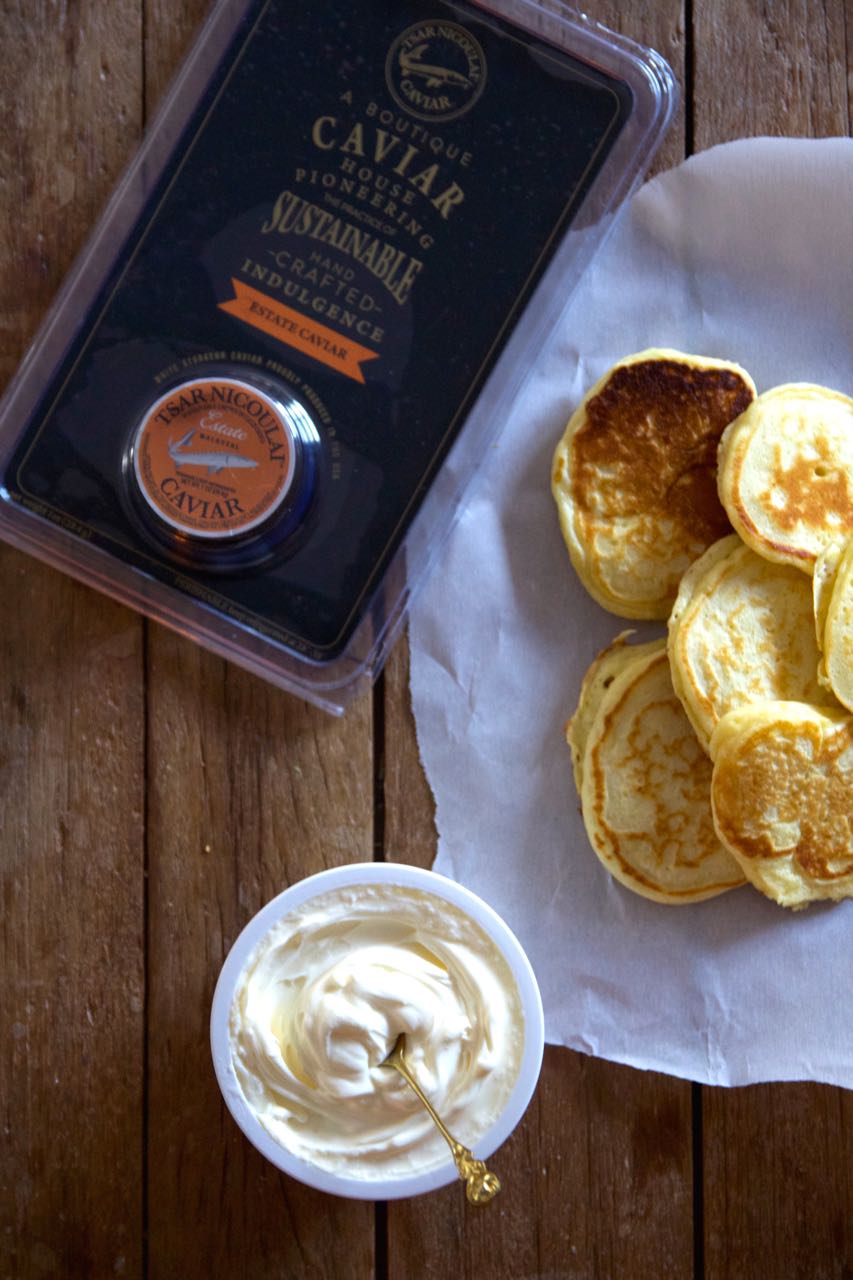