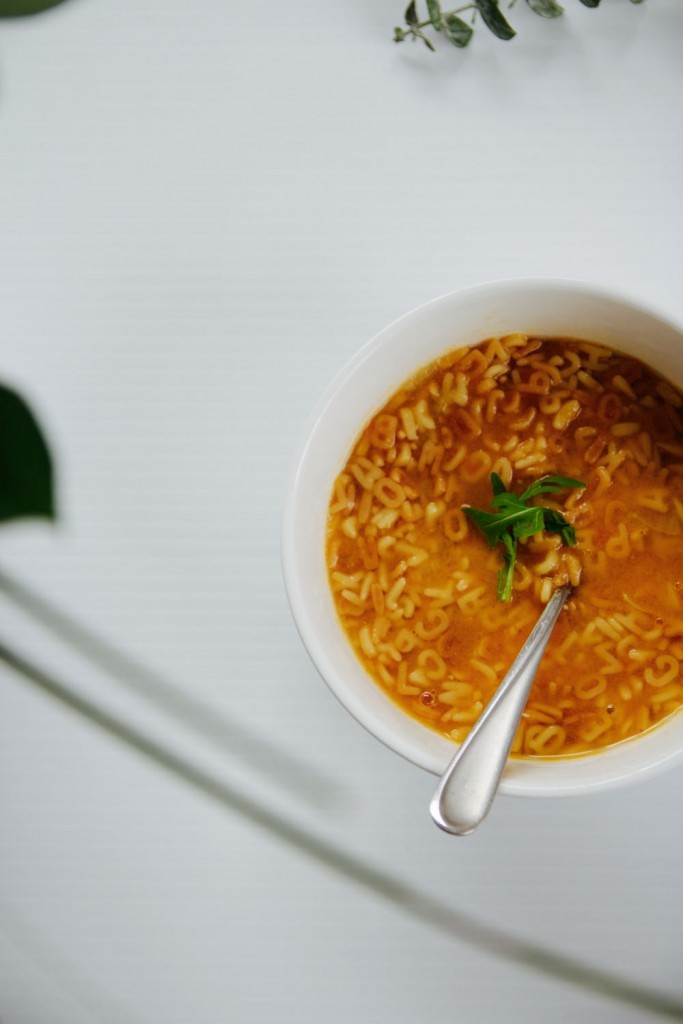 Let me first just say, in case you’re under the extremely mistaken impression that I am a food snob, that I have absolutely no problem with canned soup (or canned anything, for that matter). I think it is delicious, and have deeply-entrenched food memories that emerge when I so much as smell some Campbell’s chicken noodle.

That stuff is DELICIOUS.

But! I also recognize that it’s…maybe not, I don’t know, the healthiest thing in the world, what with the sodium and the vaguely questionable meat cube-things that floating around in there. And soup is one of those things that is so easy to make in big batches and then throw a bunch in the freezer to eat later, so:

Homemade soup it is. (Today, at least.)

A family friend taught me this recipe for a Mexican comfort food called Sopa de Fideo (or, more accurately, Sopa de Letras; “Fideo” refers to a skinnier noodle type, but I don’t see why you would use traditional vermicelli when tiny pasta letters are an option). The recipe varies pretty dramatically by region and family, but this is, from what I gather, a pretty basic version that you can mix up as you like with cilantro, lime, chicken, red pepper flakes, et cetera. It uses fresh vegetables (but blended up, so kids can’t locate the healthiness and are thus unlikely to reject it) and alphabet pasta, and is technically kid food, I suppose, but I’ve eaten it for lunch the past three days in a row because I can’t stop (so none actually went into the freezer this time; the next batch will be bigger).

This is so, so good. My children are obsessed, and I am too; it’s like a hug in a bowl. You have to try it. 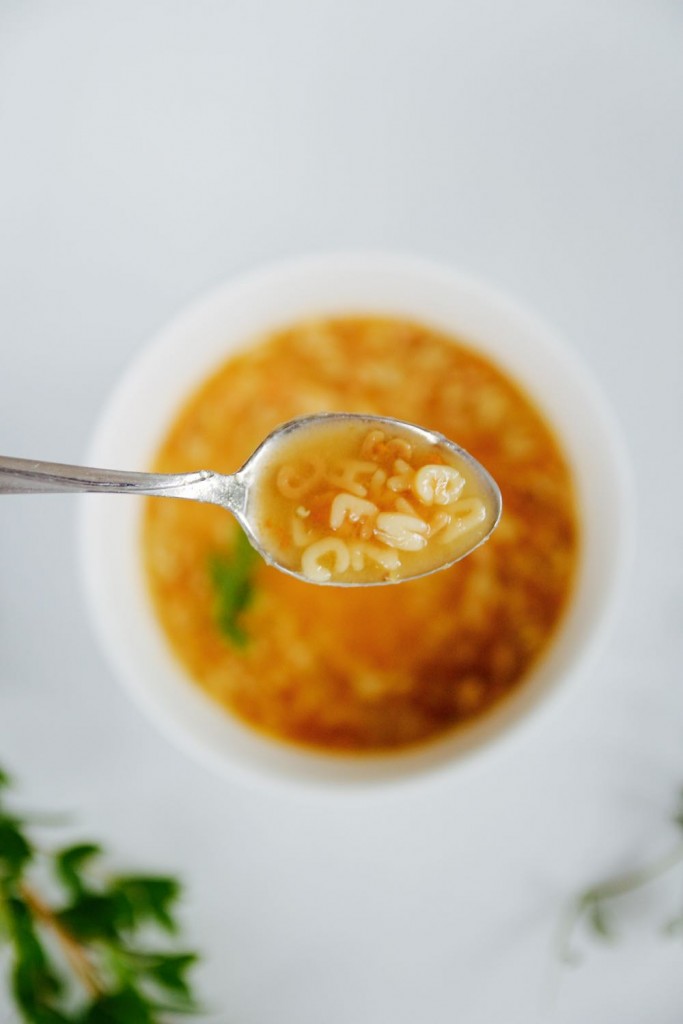 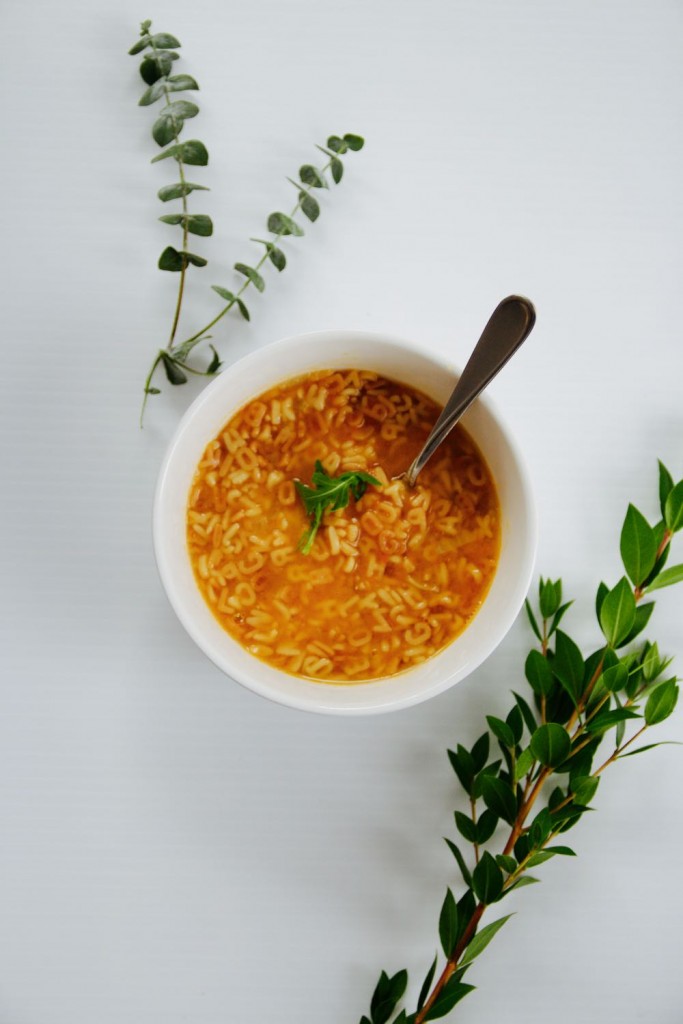